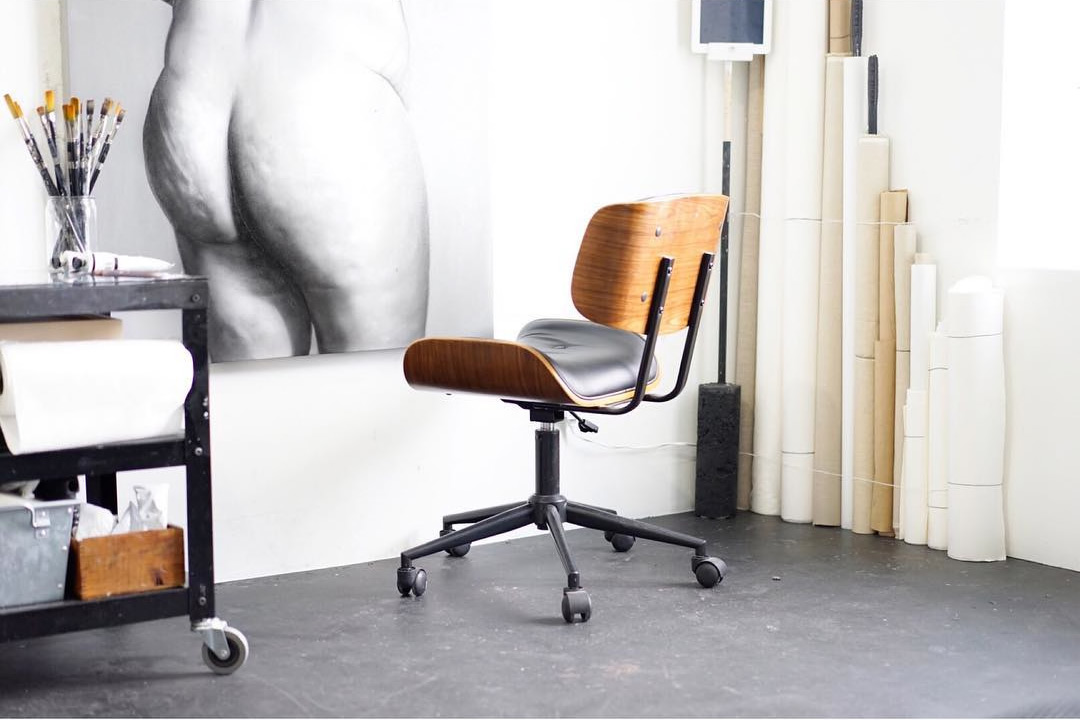 It can be easy to dismiss hyperrealist art as being impressive in its technical ability but baseless in its content — with Instagram celebrity fan art accounts being the first thing to come to mind.

The art of Canadian based painter Kit King is a different story. King creates beautiful, hyper realistic paintings that tell stories that need to be told. King is not afraid to shy away from politics in her art — one clear example of this being her beautiful piece “I Felt Lied To” which centers around the pain felt in being a person of mixed racial identity in Trump’s America.

King also grapples with larger ideas in her works, showing an interest in the relationship between creation and destruction. A beautiful example of this being her incredible self portrait “The Tangible Manifestation of Change,”  a beautiful, technically sound self portrait which she cut up into strips and distorted. I talked to King to talk about all things art, and she gives some advice for young artists.

Hey Kit! Thanks so much for sitting down with — I’m a big fan. First off I’m pretty blown away by your technical skills — where did you learn to draw and paint like that?

Hey, no problem, thanks for the interest in my work. I’ve been drawing and painting since I could hold the tools. Though my mom will tell you it started even before then as I’d grab poop from my diaper and paint pictures on the walls with it (too much info? Hah. You can bleep that out if you’d prefer). Both my parents were artists, so it’s all I’ve really known. I don’t know a life where I’m not creating something or another. As far as technical skills, it’s like anything else in life — the more you practice the better you get — and I’ve been practicing my whole life.

You also create many artworks in black and white — what appeals to you about creating paintings this way?

I prefer black and white works as I find color very overstimulating. I don’t have any troubles technically with painting it — I find it’s actually easier to get a believability when you have color to help push the image and narrative — I just can’t stand to look at color. It seems so chaotic to me, and makes my brain all frizzy. I don’t have any color in my home, and don’t ever leave here, so when I see color, I’m overwhelmed by it. If I paint a piece in color, it’s for something specific that requires it to be in color, and I hide the painting the moment it’s done. People assume the paper covering color portraits in my studio is for protective purposes, when in reality, it’s just so I don’t have to look at it. 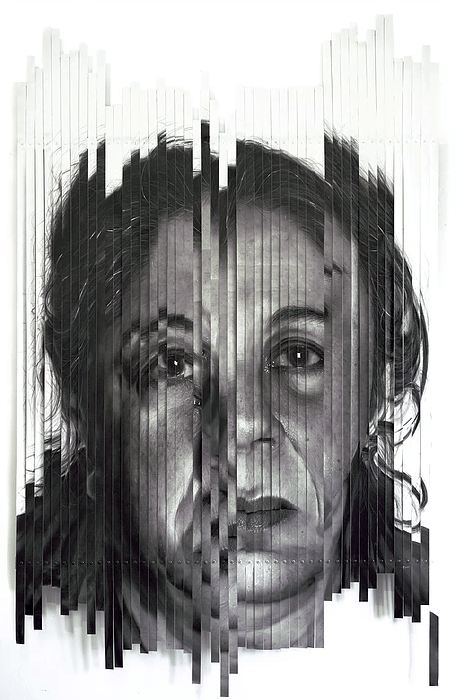 You have a series of paintings I love, including “I Felt Lied To,” in which you cut up oil on linen paintings and piece them together into a cool and distorted image — what ideas fueled these works?

The cut up paintings are all centered around the destructive nature of man. We feel this inherent nature to not only create, but to destroy, and on top of this very human aspect that’s existed as long as people have existed, we are now living in a disposable society, where this disposable mindset is creeping into our relationships. A mindset where it’s acceptable to chew people up and spit them out. So the idea of these cut up paintings is as though they have gone through the a shredder. Chewed up and spat out. The final painting is what remains of us after going through this — an altered state — us, but different. We are living in a world where people now value objects over their fellow human. The reactions I get to cutting up a fully rendered hyperreal painting is, “Oh my god! Why would you do that?!” And that is exactly why… because I want people to see that if you can’t bear to see a painting destroyed like this, then why is it acceptable to destroy an actual person?

This series of cut up paintings is a sort of call to empathy. To examine the path we are on as a collective whole, and to make a stand against it. Can you tell me a bit about the process of your paintings?

With “I Felt Lied To,” it’s a portrait of a Lebanese Canadian who is reexamining her cultural and national identity after recent events due to the political runoff from Trump’s America. The hate from his campaign poured into other counties and changed how people view immigrants. Living in Canada, that prides itself on multiculturalism, and being the product of immigration myself, it’s devastating to witness the effects of this “leader’s” actions. The woman in that painting lost someone she thought was her best friend, due to hate over her ethnicity when talk came up about immigrants and she was torn between siding with her friend of a decade, or her people. “She always told me I was like a sister to her. I felt lied to.” And just like that, she was discarded. After going through the metaphorical shredder, and being completely jumbled, she’s now reevaluating her identity. The shredding emphasizes the pain and keys high emotion when observing the piece. You look at it and see it shredded and know it will never be the same again. And that’s what it’s like for those we treat as though they are disposable. 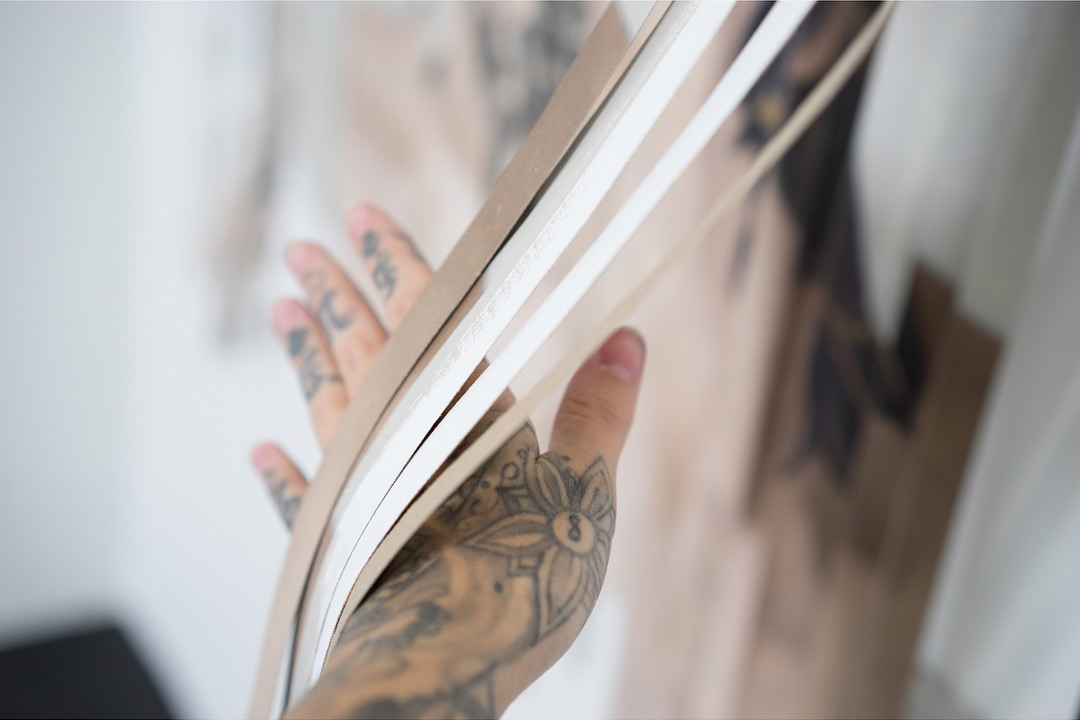 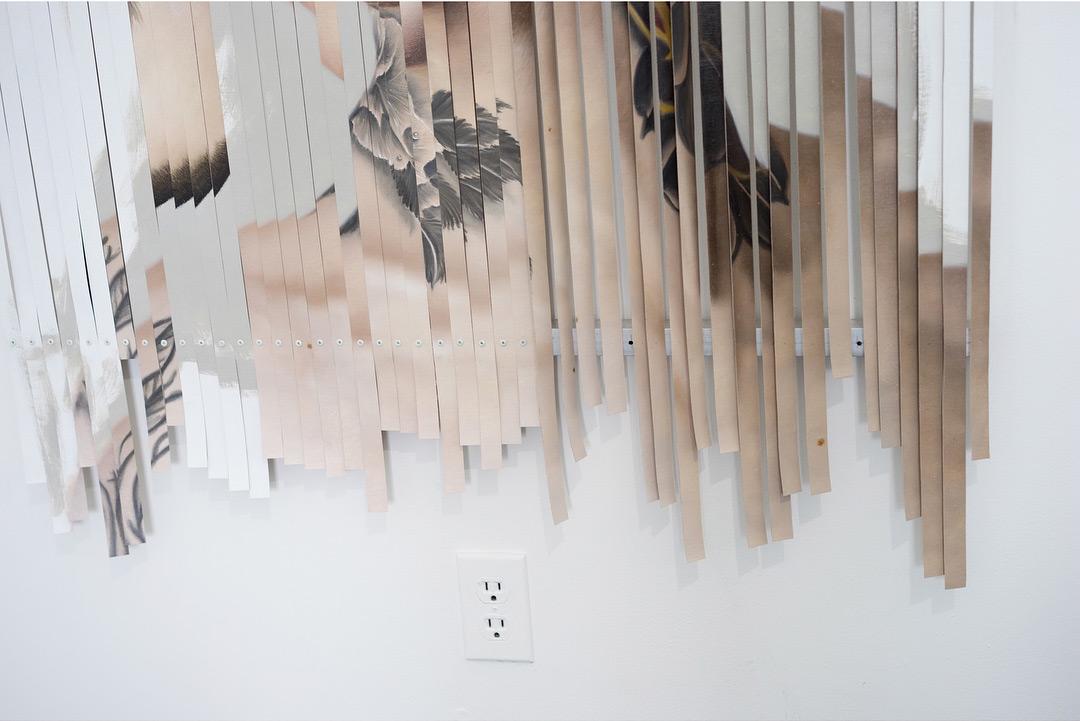 I love your recent work “The Tangible Manifestation of Change,” which is a pretty incredible self portrait. Can you shed some time on the title of the piece?

“The Tangible Manifestation of Change” was the first painting I cut up like this; a self portrait that visually depicts the change we undergo when living in a disposable society, and offers a tangible view of the consequence of how this destructive behavior is entering into and affecting the relationships we form, and how this begins to shape our own identities as we examine the worth we place on others, and in turn the worth we give ourselves as a behavioral and psychological byproduct. A tangible manifestation of this change. How our identities reconfigure, and how our actions shape who we become.

How long did that one take to make?

For these cut up works, I tack up the primed linen to the wall, and spend endless hours over a period of days or weeks painting them. Once it’s dry, I varnish it. When that is dry, I lay the painting flat on a large table, grab a large straight edge ruler and a razor blade. The painting is cut up into even strips, then I reconfigure it while it’s flat on the table, when I have a new layout I like, I map out the holes for the rivets along its new straight edge. A custom steel and aluminum support is built, then each strip is hand riveted to the metal support. Two rivets for each strip, along the top and bottom. When that’s done, I flip it over onto the table (painting side down), and cut strips of adhesive foam to stick to the backs of the top and bottom so they do not get floppy and twisted. The result is a painting that is fluid in the centre, and ridged at the top and bottom, so it doesn’t hang like some retro curtains, yet still retains movement, so the piece is always slightly changing as the air moves around the painting. 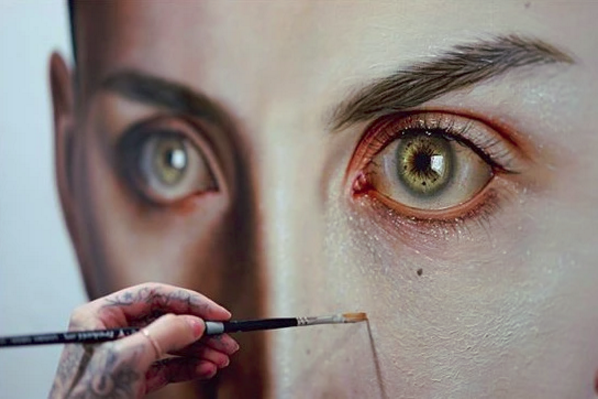 Many of your works feature the eyes as the focal point; what about eyes do you find compelling to paint?

The eyes can say so much. For me eyes tell the whole story. A mouth can fake a smile, but the eyes cannot. There’s such honesty in a person’s eyes, and a strong gaze can cut through you like a knife. When captured right, the eyes can tell entire stories. They are filled with secrets, just begging to be unlocked. Sometimes when I see someone’s eyes, I feel like everything you need to know about them is right there. They hold all of a person’s joys and sorrows. It’s hard not to be pulled towards their honesty. Why wouldn’t you want to paint that? To capture someone’s soul in paint.

Who are some contemporary artists you’re excited about?

There are so many artists I’m feeling lately, and in a wide range of styles. Too many to list, but I’m definitely captivated by artists who have mastered mediums I’ve not yet explored, and who are saying something vital with their work. I’m less drawn to the technical ability, and more on the narrative. I like the artists whose works are like a punch to the gut and makes me feel something intense.

What would some advice be for young artists?

To the young artists out there, be uncomfortable. Get upset. Have break downs, and fail – a LOT! If it’s not hard, then your not pushing yourself to your max potential. If you’re not curled up in the fetal position in the middle of your studio floor every few weeks, then you’re not working hard enough hah. Anything worth a damn should be difficult. Work for it. Put your entirety into it. The rewards will be so much sweeter.

Thanks so much again for doing this – and what can we expect from you and your art down the road?

As for me, I’ve got three solo shows on the roster and some art fairs – aside from that, just going to keep pushing, experimenting, and exploring, and studio floor fetal curling. 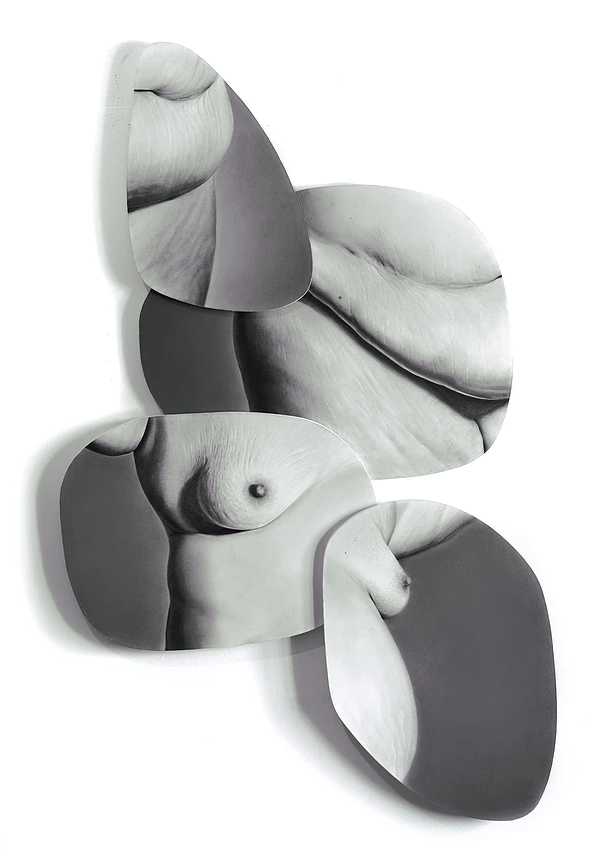 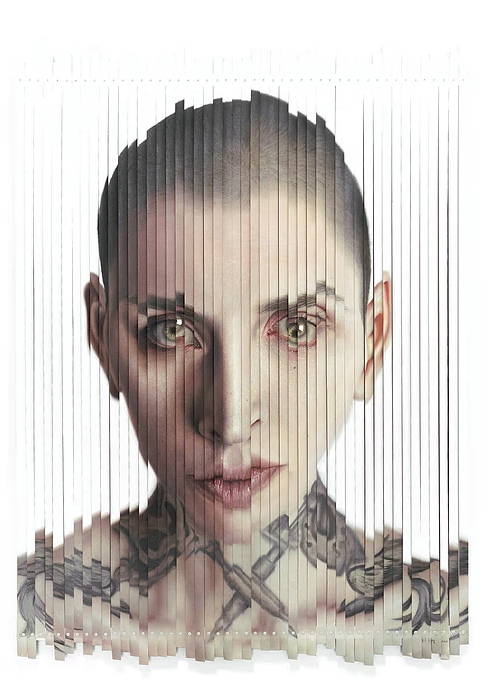