Brian Blomerth and His Troubled Pups

Remember when you were young in school? You had just gotten back from afternoon recess and the trees outside are blowing around in the sunshine, and you’re just waiting for school to end. You secretly reach under your desk, grab that crinkled comic book, and start doodling as your mind drifts away out the window. Brian Blomerth can still remember those moments, of casually losing himself in thought.  As a kid, Blomerth loved to draw and kept at it, but didn’t really get serious about comic illustration until later in the game. Having gone to school for painting, it was only up until a few years ago that Blomerth would make the switch to illustration, which in the world of comic illustration isn’t necessarily a bad thing, in fact, it’s pretty normal.

“All the guys at Disney in the early days didn’t get into their craft until they were super old,” he explained. “Most of them were drawing comics as a hobby or side gig while having other jobs to pay the rent. You could get an illustration job just drawing screws for a catalog which I think would be super cool. I would love to draw brooms for some hardware company or something, but times have changed. Back in the day if it was a slow time at Disney for an illustrator you would just take a side job drawing parts. Which I find super interesting.”

One thing about the regularly featured Vice illustrator is that he never uses a sketchbook, he keeps ideas in his head and just lets the paper and pen take the lead. No planning, no practicing, just sitting down and starting. “I wouldn’t really say I’m a true illustrator because the specifics of my own drawings are a little bit harder to bend into other peoples’ visions but when it works it works. All of my favorite illustrators also had this problem and well, I just love to draw. So any work I can do is beyond welcomed and appreciated.” 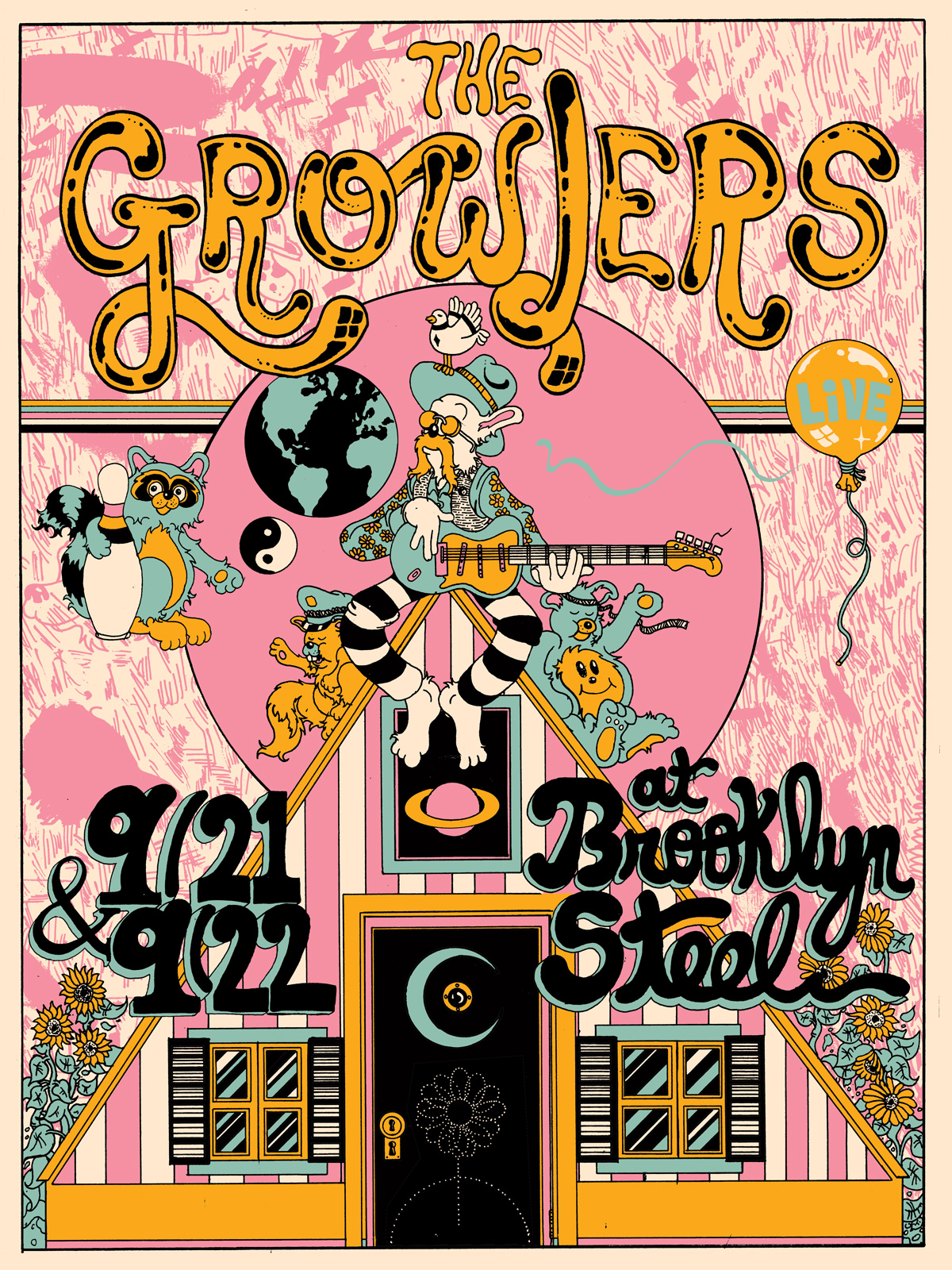 His process is a bit up in the air. Never truly sticking to a set in stone method of creation, he goes at each piece totally new and blank. “The only thing I’ve been actively trying to do is draw something or try something new every time I draw. This could be a tiny detail, a critter drawn differently, a weird coloring technique, overlay, a new texture, whatever really. I like doing something free and loose with ink then treating that as a texture or color.”

Being a library dweller, Blomerth loves going through old children’s books where the illustrators are most of the time unknown. He keeps a deep catalog in a folder on his computer and returns to it frequently for inspiration. “There is so much history in illustration as a broad blanket,” says Blomerth. “Cartooning is very niche, but you find these old scans of things that you can tell a cartoonist was behind it, but that maybe they had to take a job somewhere else or switched fields, yet their cartoon style was still prevalent. Everything else I draw is like an odd mishmash of everything I love and things I’ve been drawing over and over again.  Every time you mop, a couple of crumbs stay with the mop.” 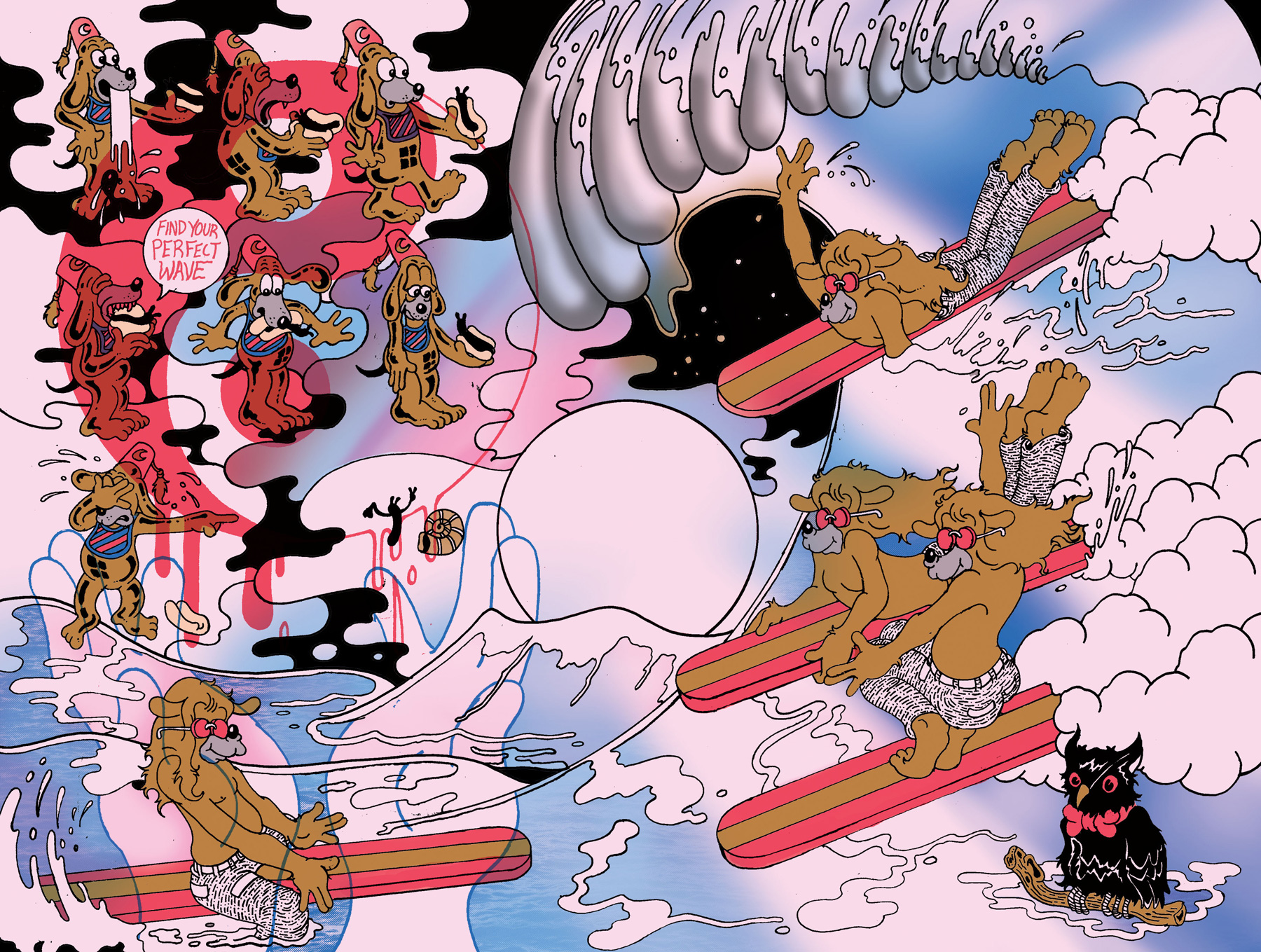 Blomerth is always learning, seeking out new styles, new tricks, new methods of his craft.“There were a bunch of things I didn’t know about getting into this. I didn’t even know about white out pens until a few years ago, I just didn’t even think about it. But now, if I mess up an arm or something I can just white it out and fix it. What a stupid and easy thing.”

Blomerth has a unique, but classic style, injecting his signature dog creations with subtle cultural commentary. He dubs it ‘Adult Contemporary Dog-Face’. “There’s a weird tradition in comic illustration that I hold really sacred, and that is the funny animal genre. I love it. For years, I’ve been finding inspiration in it and I just think the genre is so insane and crazy that I want to actively participate in it for the rest of my life. It’s a life of attrition and humiliation,” says Blomerth.

For Blomerth, drawing is a constant battle, a puzzle he explains. “Drawing is like a puzzle you play by yourself but also with everyone who has ever drawn anything. I really need to push myself every time I draw anything, and the wildest part is seeing yourself get better. I’ve been drawing for years and I was horrible at it for the longest time. I don’t know or think it really matters to anyone, but man oh man, I wouldn’t even say I’m good at drawing still but improving feels so fantastic it is unbelievable.”

Blomerth just finished a stunning graphic novel, the first full book by the Brooklyn-based illustrator and cartoonist, which will be released June 25th by Anthology Editions. “It was the most intense thing visually and lengthwise I’ve ever done,” says Blomerth. “Can’t say anything else about it, other than I worked harder on it than anything I’ve ever worked on in my life and I’m beyond excited for it to come out.” With the release date right around the corner, be sure to follow his Instagram for updates and your daily dose of pups in trouble. 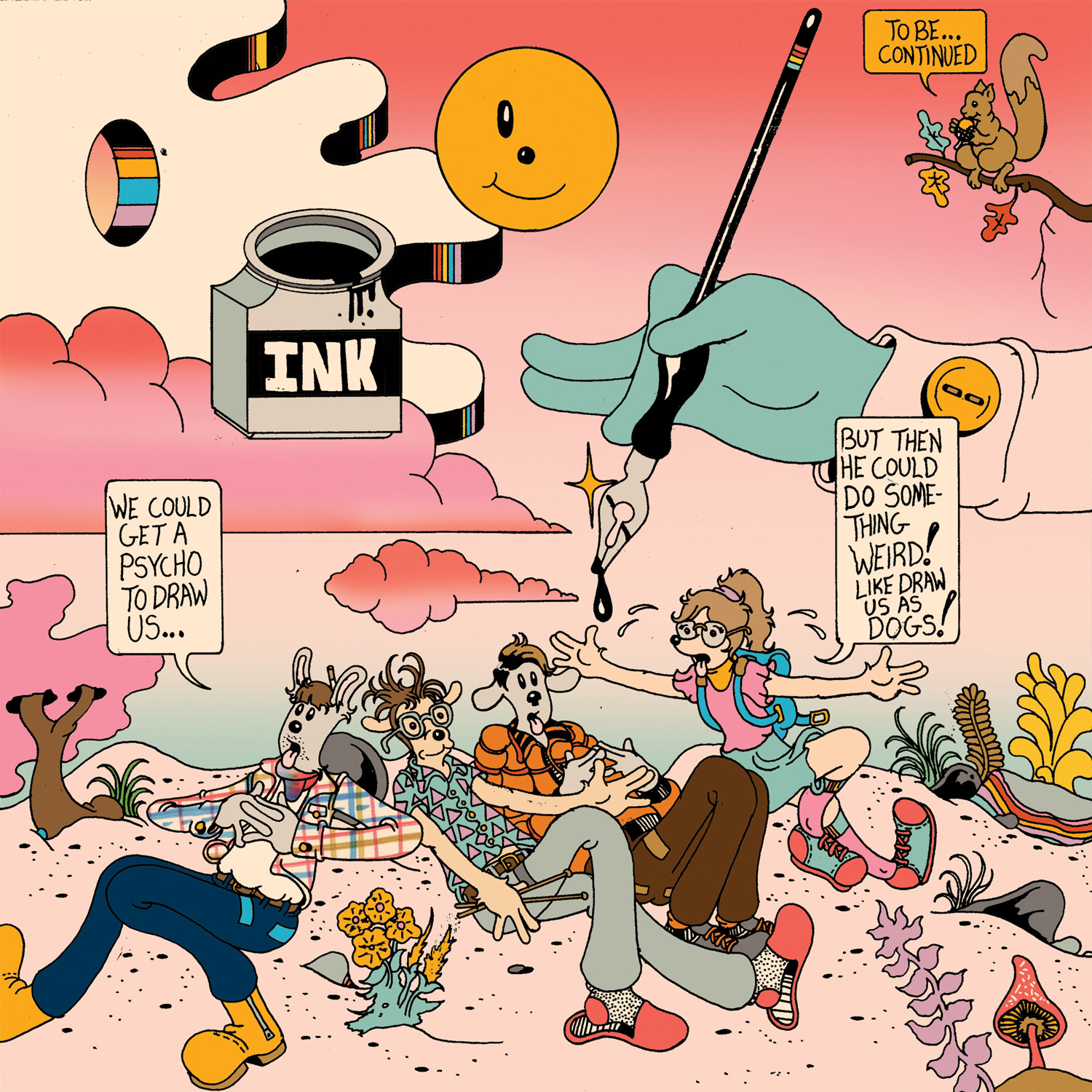