Channeling the Funk: A Conversation with Artist Alake Shilling

This feature on Alake was originally published in Issue 17. You can order here.

Imagine if Lisa Frank illustrated with candid empathy. Unicorns might have bad-hair days, puppies would look up with long, sad faces, and fierce desire would gleam from the eyes of those orcas as they tore through adorable, terrified puffins. Fortunately, we have Alake Shilling, whose colorful artwork transcends idealism to give us all the feels.

Although somewhat new to the arts-scene hustle, the twenty-six-year-old artist is a rarity in the city of transplants as a homegrown creator. Her cast of bubble-eyed characters ooze seamlessly from their dreamlike backdrops with familiar vulnerability, and as strong as the paint fumes may be (and they’re strong), these psychedelic images are straight out of Shillings’ unaltered conscious. Her work is a visual reminder that context isn’t always germane—we all feel highs, lows and something in between. We’re all human, after all. 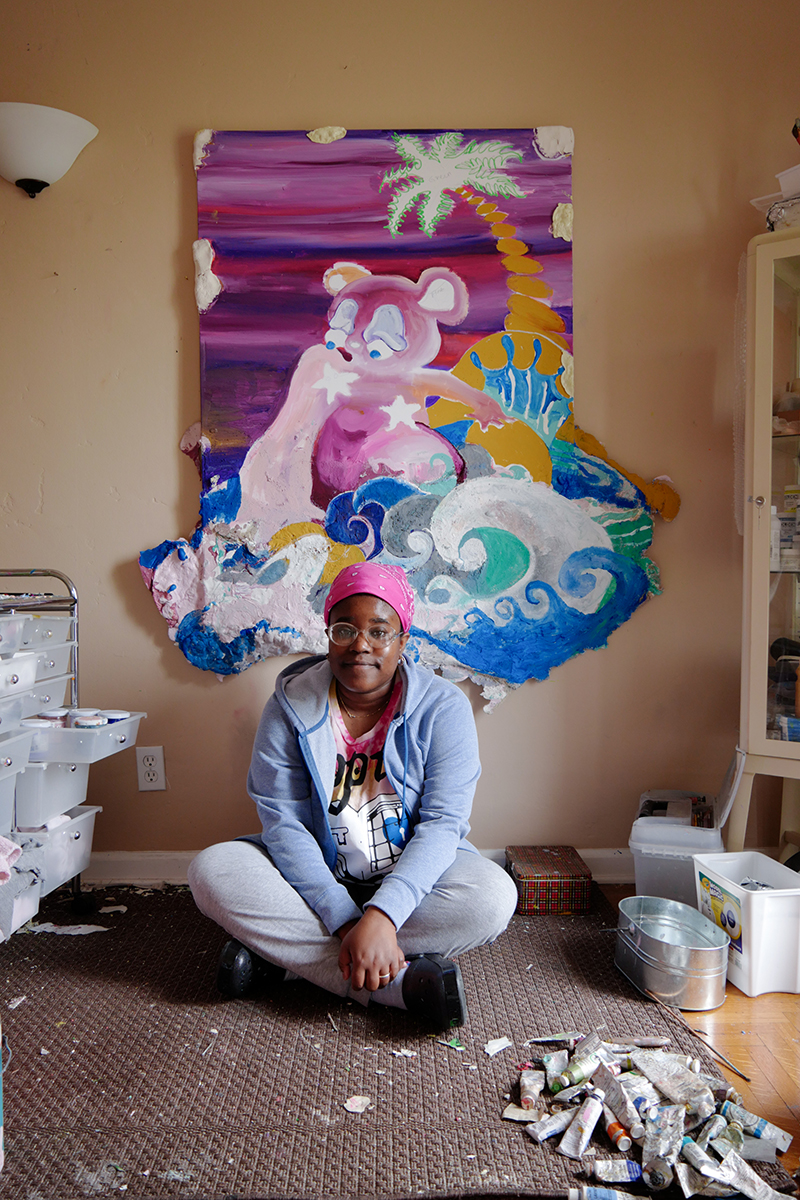 Why do you make art?

I guess because I have become accustomed to it throughout my life, and it’s something that I always felt that I was good at as opposed to other things—school was a real struggle. Also, I have a lot of ideas that I have to get out!

What is currently inspiring you?

I like disco—disco is inspiring me. I like jazz. I don’t actually listen to that much music other than disco music, though. I know this sounds weird, but I think music is distracting. I wish I could, though, because sometimes it feels very still like time isn’t passing. But it distracts me, so I don’t really listen to it much, but I do like the aesthetics—I like to look at album covers and the glitter and so many wild things. I just found an album cover of a group called Slave with a very strong man holding a shiny bubble—it’s just so bizarre, I love it!

I like nature, too—that’s always inspiring. I like to look at pictures of flowers online. I just found out about a flower called a Checkered Lily. I had never heard of it before, but they have a checkered pattern on them, and I want to paint something like that. Flowers and disco are what I’m into right now.

I have a lot of loose-leaf paper with sketches on them. When I was younger I could sit down and just paint all day—not eat, not go to the restroom, just keep going. But, as I get older, I can’t do that anymore—I don’t know why; I wish I could. I used to have more of a routine when I was in school, a more regimented process. I get all of my materials ready based on the kind of painting I want to make—textured painting versus a flat oil painting. If I do a textured painting I need to get all of the wet materials set up in order to work quickly. And if I’m doing an oil painting then I just start painting right on the canvas. It varies with each painting though.

I take lots of breaks and I usually take a nap. I think, actually, it’s this paint that I’m working with. It’s very strong smelling, so I think it makes me kind of sick and then I need to take a nap—now that I think about it, I think it’s the paint. But, aside from that, I feel like breaks are important. I’m actually a very slow painter—it takes me a few months to finish one painting, and I think that’s because I have to reflect on the process. I think the work comes out better when I don’t just push things out. I have a dialogue with my work, you know? My paintings tell me what they want, and I have to listen. 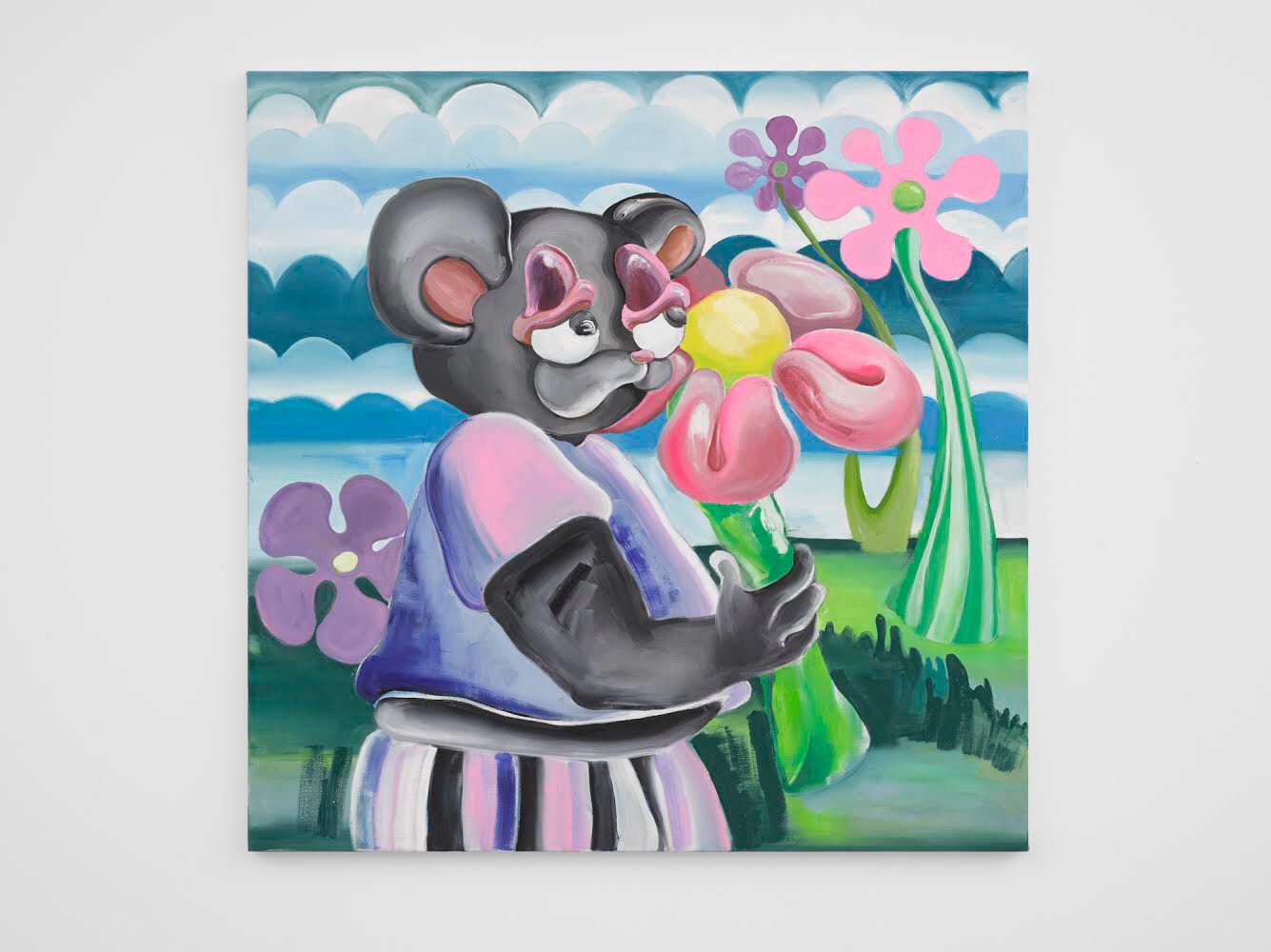 Tell me a little bit about the characters and scenes in your paintings. Are they reminiscent of real-life people or situations?

I feel like they’re more embodiments of emotions than people or animals. I want them to be a personification of a feeling, but in the end, they actually do start to remind me of people I know, or even myself. I just use the language of animation or cartoons to articulate feelings.

Cartoons are sort of a middle ground of reality and fantasy and a great form of escapism. What have they meant for you?

I did watch a lot of cartoons when I was younger, but I didn’t have cable (my mother didn’t buy cable TV for a very long time; she didn’t want me watching a lot of TV), so I only had the basic channels. I could only watch cartoons like Arthur and Pepper Ann and Recess. Pepper Ann, I feel like, informed the aesthetic that my characters wear—she had these flowing, billowing clothes, which my characters also wear. I also used to read comics. Well, I didn’t really read them, though—I mostly looked at the pictures online for the aesthetics. 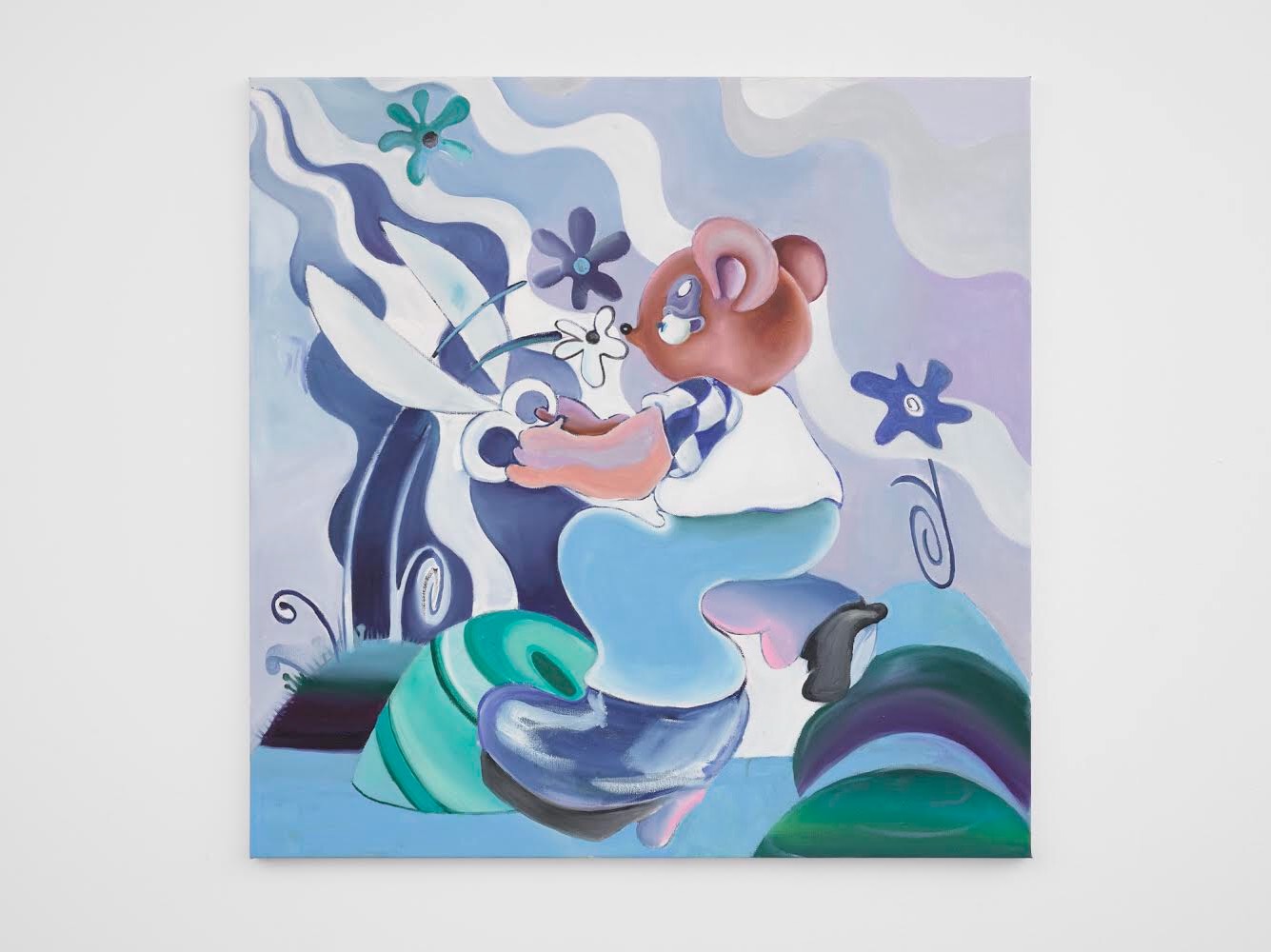 Do you collect anything?

Oh, yes. I have a large collection of rocks—gemstones and minerals. Trinkets from friends over the years and postcards. I have a box that I like to call my treasure trove where I put all of my keychains and my notes and souvenirs from travel. I try not to collect too much because I actually want to have a minimalist lifestyle—that’s my goal. I want to be able to get up and go and not leave a trace.

Have you had the ability in the past to just get up and go?

No, and it’s very frustrating. I hate packing things, going through things, cleaning things. So I hope that one day I can have a minimalist, reusable lifestyle—it’s hard, but I’m trying my best. 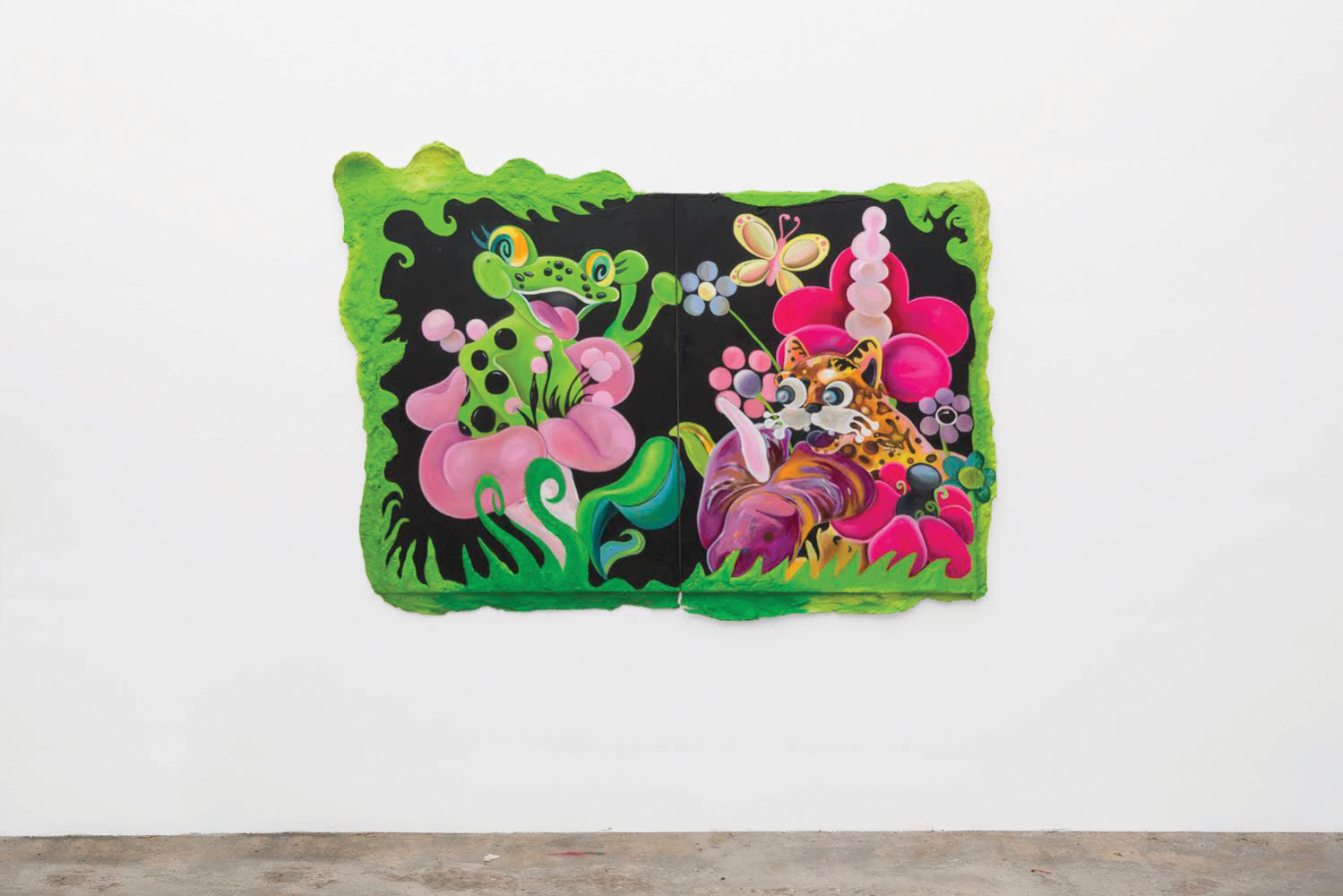 You’re fairly new to the arts community—tell us what it’s like, for you, as a woman in the visual arts scene?

I feel like it’s a good time to be a woman in visual arts. I feel lucky at some points because I feel like a lot of people are looking for women and people of color to shine light on and give an opportunity to. I don’t feel like it’s always been that way, but since the social climate is changing a bit, people are more willing to spread the love. I actually feel lucky—I don’t feel so much stress or pressure, but, also, I’ve only been showing my work for about a year. My introduction to art hasn’t been so bad—I’ve had a lot of encouragement and support, which I was surprised about, because I am a woman, and not only that, I’m a woman of color. I was expecting it to be a real fight, but I’ve been really welcomed with open arms by many people.

If you could go anywhere in the world where would it be?

I would really like to go to Japan. I’ve heard so many wonderful things about it. They have cool robot restaurants and I want to sleep in the pods and see the street racing—I want to go so bad.

Is there anything you absolutely cannot live without?

My Crocs. I absolutely love my Crocs. I have a lot of different pairs, but I have a black sparkly pair and a pink pair that are my favorites. I need them, though, because I don’t like my feet getting dirty—I wear them in the shower, I wear them around the house, and then I have a pair that I wear outside. Literally, my feet never touch the floor.