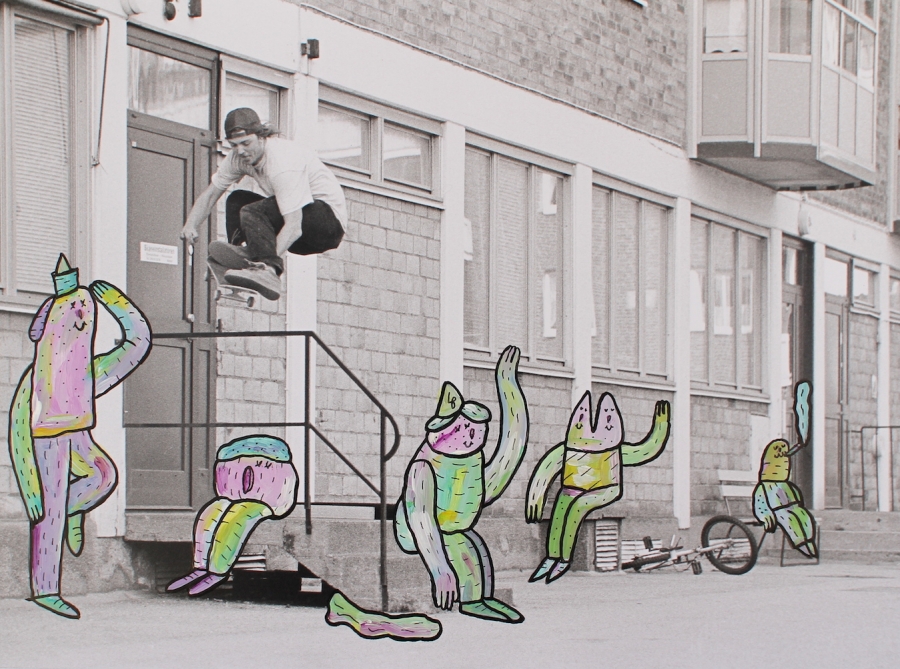 Dreaming In Color: A Conversation With French Illustrator Lucas Beaufort

Many artists tribute their years of accumulated success and talent to their early adolescent exposure to the arts, claiming to have created masterpieces from the crib and learning how to paint before learning how to walk. For French illustrator Lucas Beaufort, it wasn’t until the age of 26 when he first picked up a brush, quit his day job of eight years, and pursued his newfound yet deeply rooted passion for creating.

“It’s not that easy to find where to go in life. When I started painting I didn’t know where I was going. I drew something for my brother, it was random, but it felt so good,” Beaufort said. “Now, I realize that art was always deep in my heart. Nothing can stop me.”

Beaufort grew up a “skate rat,” spending every day glued to a wooden skate deck, cruising the streets of Cannes, embracing the sport and basking in its surrounding uninhibited street culture. Beaufort became infatuated with street art and the graphics that graced the bottom of his skateboard from early on.

“I always enjoyed art, especially the graphics under my skateboard. I never paid attention to brands. When I was a kid I wanted a board with a cool graphic. It was my only goal. “ Beaufort said.

Despite his early exposure to the skateboarding world and all its artistic influences, Beaufort possessed another ability that put him above the rest; he dreamed in color.

“I always dream in color. It’s just natural, it’s how I see life,” Beaufort said. “When I was a kid I used to have nightmares. It was always scary with tons of bad monsters. When I started to paint, all those monsters were gone. It’s strange but true.”

Now Beaufort no longer fears the monster under the bed and instead turns his dreams into artwork by simply closing his eyes and allowing his imagination to take hold.

“All those characters come from my imagination. I just have to close my eyes and they appear. I love them all, it’s my family now,” Beaufort said.

After serving eight years in ad sales with renowned French publication, Desillusion Magazine, Beaufort made the daring decision to run his own business and live life on his own terms.

“I’m proud of what I’m doing now. I worked eight years for a lifestyle mag and I decided to quit last year. I made this decision to run my own business, to live my own life,” Beaufort said. “That’s my best accomplishment because I decided to live the life I wanted. I feel that something is happening now, so I will never give up.”

Beaufort has most recently shifted his focus from strictly dictating his dreams into a cartoon reality and is now working to bring skateboarding and art to the public. In coalition with fellow street artists, Beaufort formed The LB Project, bringing together the European skateboard scene through art exhibitions.

“In June 2014 I launched The LB Project. It’s all about bringing people together and making art and skateboarding accessible to people,” Beaufort said. “I’m now organizing the second edition of The LB Project. It’s going to be a U.S. edition with a stop in Tampa, NYC, L.A, SF and Kansas City.”

Connect with Lucas Beaufort and stay up to date on all his happenings by following him on Instagram @lucas_beaufort. Also find out more about his current work for The LB Project by going to www.the-lbproject.com. 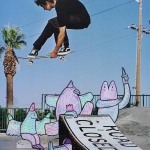 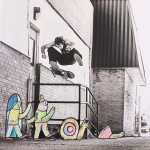 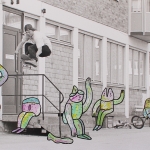 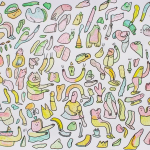 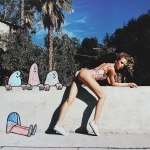 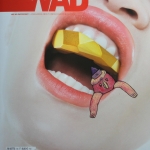 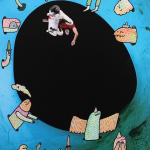 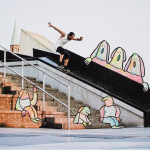 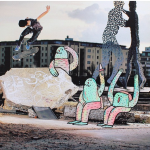