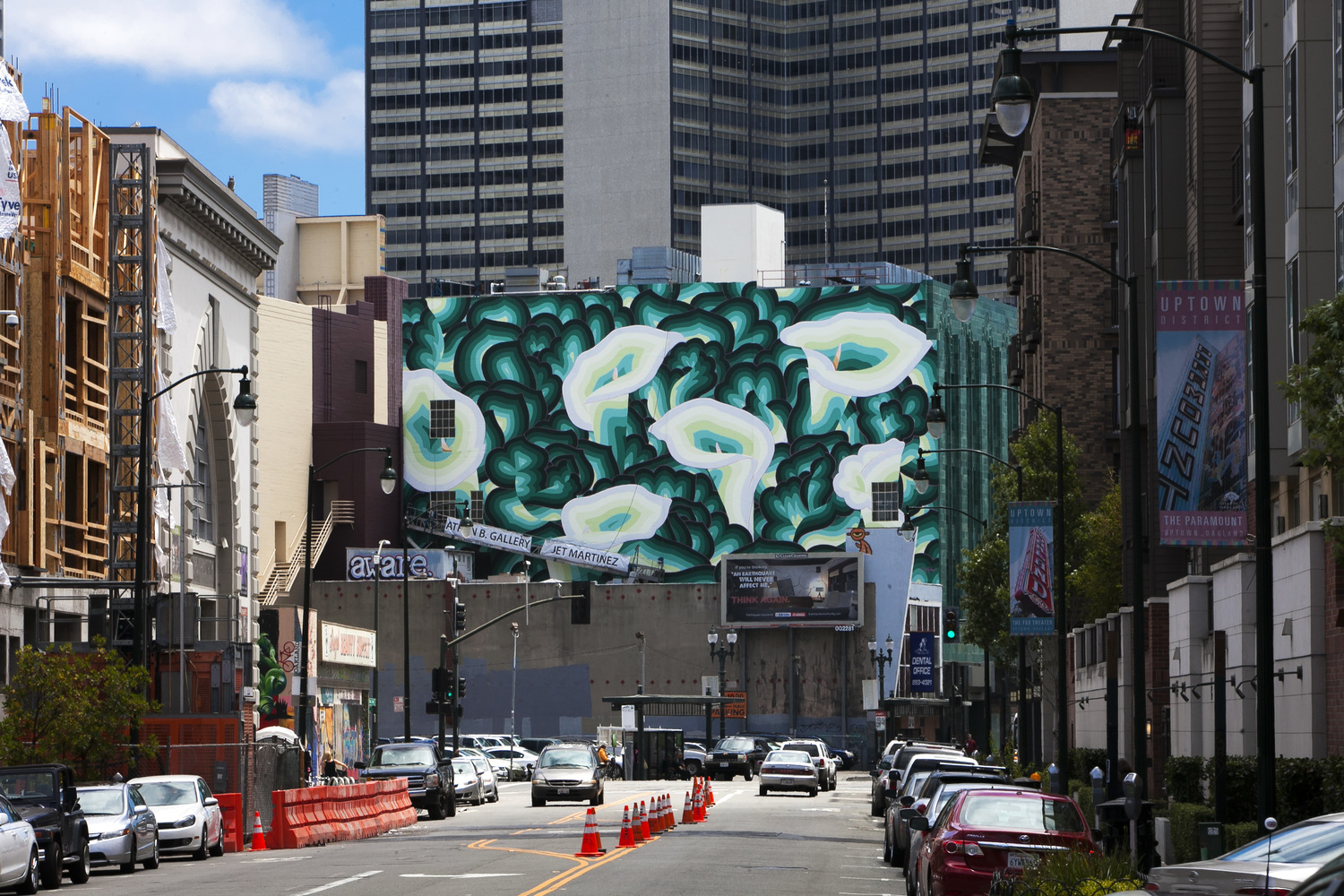 Gorgeous flowering white and green lines now sprout and take flight from the side of an office building in downtown Oakland. This mural, on the side of the I. Magnin Building and made possible by the Athen B. Gallery, is that of Jet Martinez’s, and his largest project yet. Oakland-based artist Martinez scaled ladders, balanced on ledges and meticulously sketched and painted the piece over the course of several weeks.

The mural, entitled “There’s More to Green than Money,” displays delicate white flowers with looping green leaf details, that so gracefully cover the large wall. The flowers, roses and lilies represent organic growth and beauty respectively. Through his use of an entirely green palette, Martinez learned a lot of about the use of green and contrasting. Behind crude advertisements and busy street corners the mural stands out, complementing the building it was crafted on. In a city full of concrete, the twirling and looping greens are a reminder to appreciate the natural world.

The front of the I. Magnin Building is tiled with dark greens and the one-time department store is arguably one of the most beautiful buildings in downtown Oakland. Martinez was born in Mexico and gathers much of his inspiration from his heritage, especially Mexican folk art and Amante paintings. He based his design of the mural on both his own heritage and the art-deco style of the building.

“The I Magnin building for me has always been one of the most beautiful buildings in Oakland,” says Martinez. “A green tiled, art deco beauty, this building is a symbol of golden era from yesteryear.  After the devastating effects of the Reagan drug wars and the crack epidemic, downtown Oakland became a shadow of the vibrant space it once was.  Now, as downtown Oakland is experiencing a rebirth of sorts, I really felt a real responsibility to add to rather than subtract from this beautiful building and the downtown skyline.”

Martinez originally based the design of the mural on Oaxacan embroidery patterns, but evolved the depiction to incorporate architectural forms and the history of the building. Although the project appears to have been rendered seamlessly, Martinez noted that he suffered some technical issues due to the fact that he couldn’t step back from the wall. And although he had trouble seeing the full project and projecting it’s image onto the all, Martinez trusted his own working process and has reinvigorated an architectural landmark.

Martinez studied at the San Francisco Art Institute, frequently works on art projects in the Mission District of the city, and has shown his work internationally.

For more from Jet Martinez head to his website: http://www.jetromartinez.com/. Check out more from Athen B. Gallery here: http://www.athenbgallery.com/. 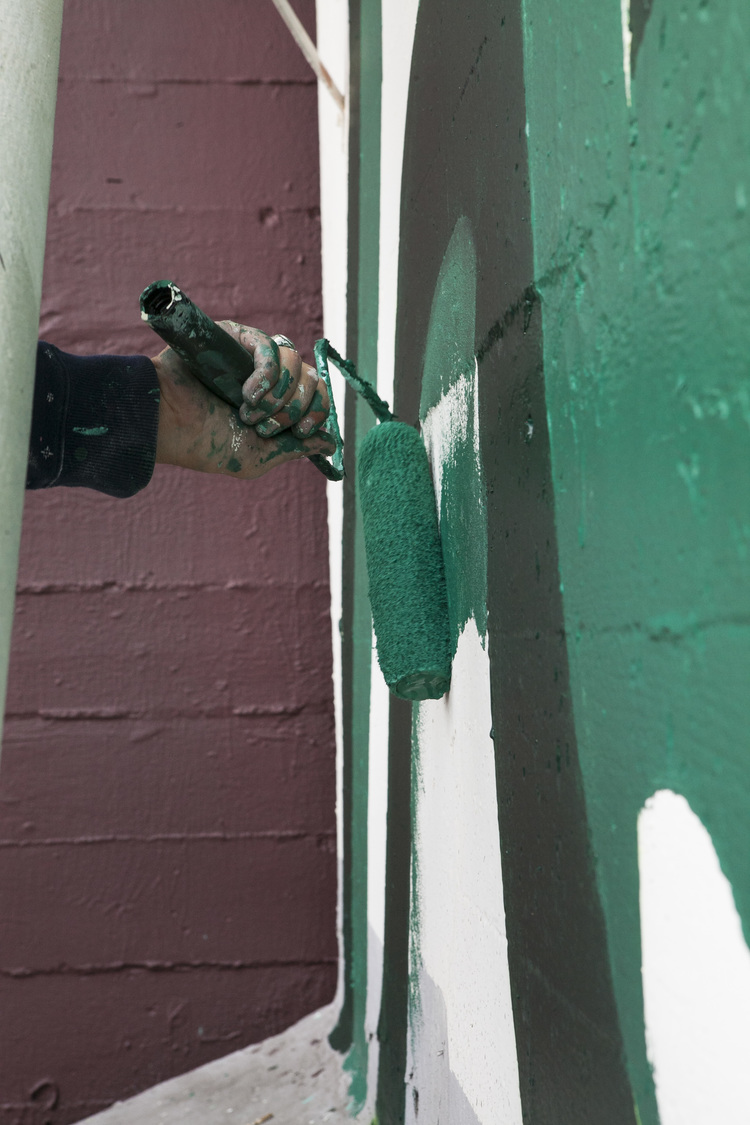 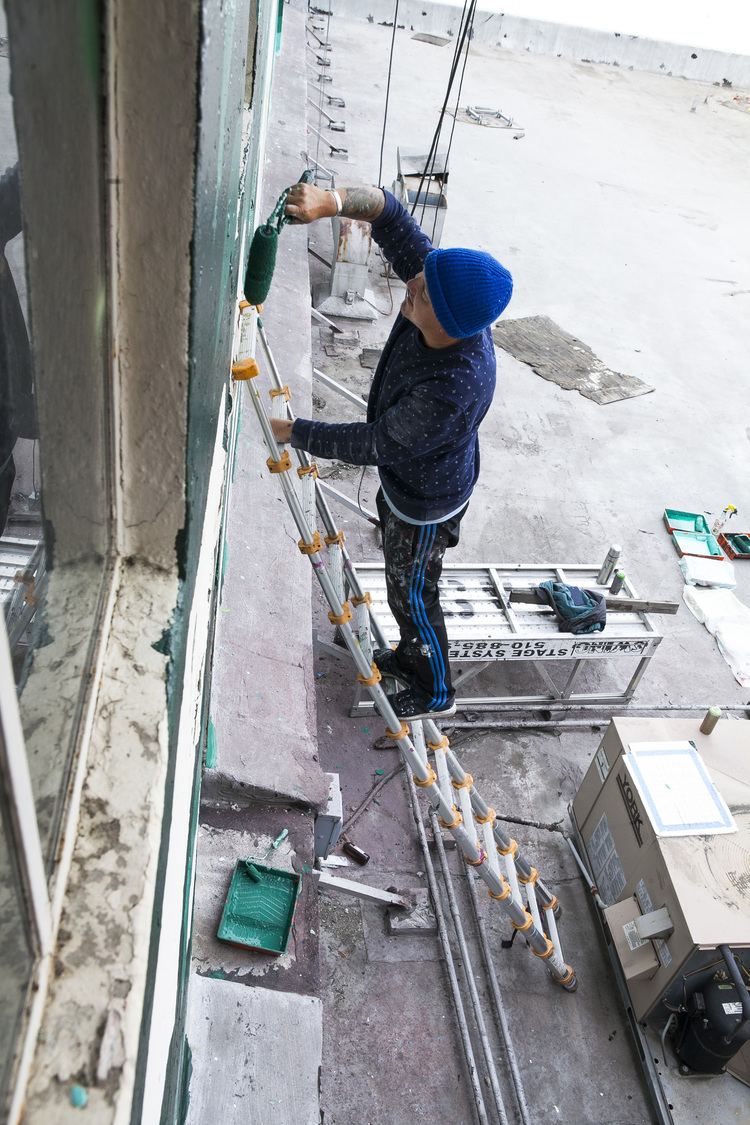 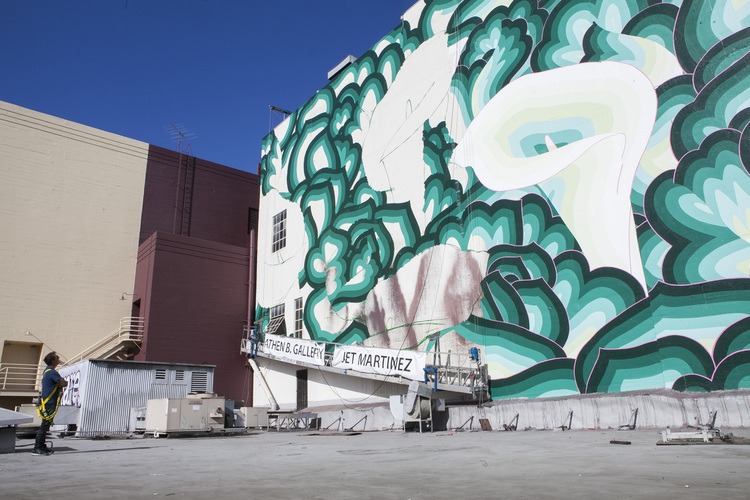 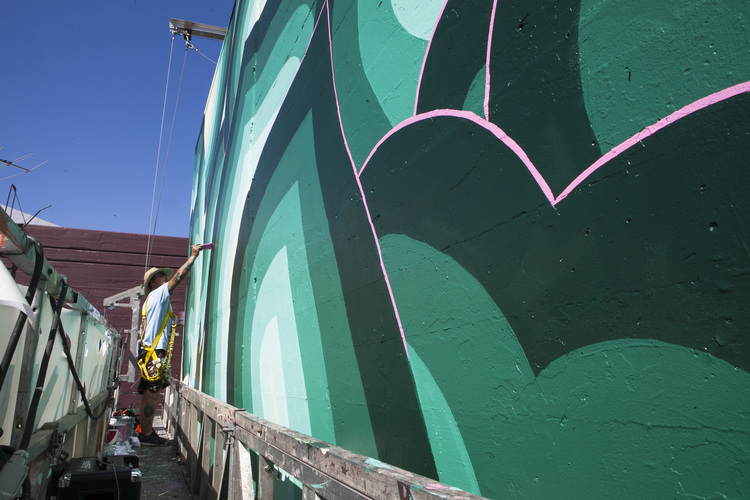 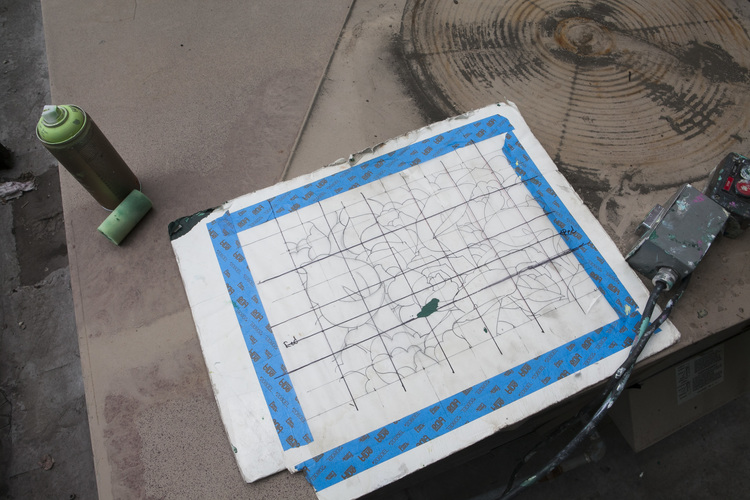 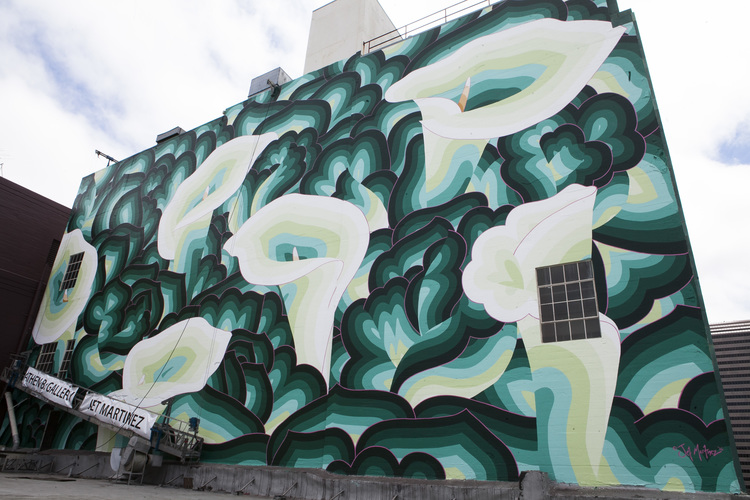