His comic strips and work depict the darker side of human motivation and behavior in the most hilarious way. Whether it’s murder, suicide, abortion, neglect, police brutality, greed, racism, homophobia or our obsession with social media, he satirizes the most brutal situations in a way that forces you to laugh. In these times of extreme hypocrisy, Cornellà shines the light on us, unveiling human nature in his notoriously disquieting manner. Each one is like a slap in the face. And as you can imagine not everyone is a fan of Cornellà’s blunt and often controversial delivery of his simplistic visual language – his work is often banned from Facebook.

While a lot of Cornellà’s comics are related to Americans in some sense, that’s not something he does on purpose. His work has a large relationship with violence and things like racism, topics that are just sadly inherent to the United States.

Cornella has been on a massive multi-destination exhibition tour since the start of the summer, and it’s London incarnation opens today. The 17-day exhibition, hosted at the charming Hoxton Arches, will include new canvas paintings and limited edition illustrations, as well as books, shirts, and prints available for purchase. Joan will be signing copies of his new book, SOT, the entire first weekend of the exhibition. 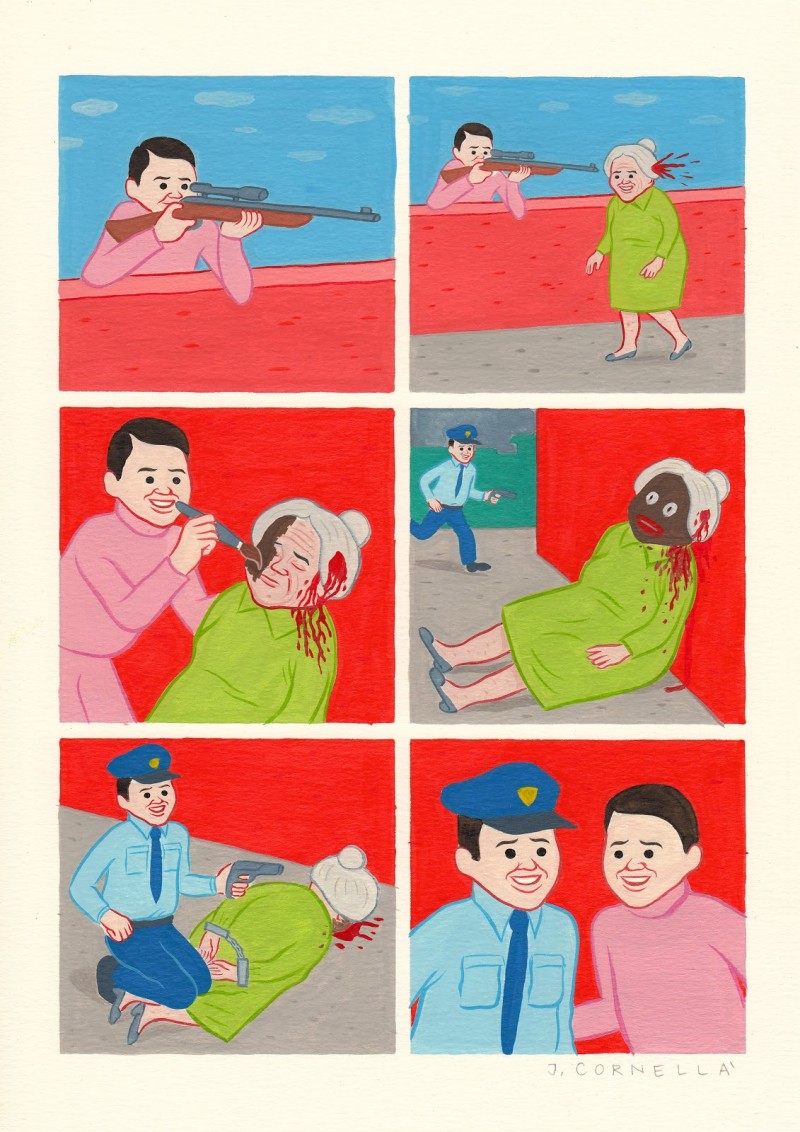 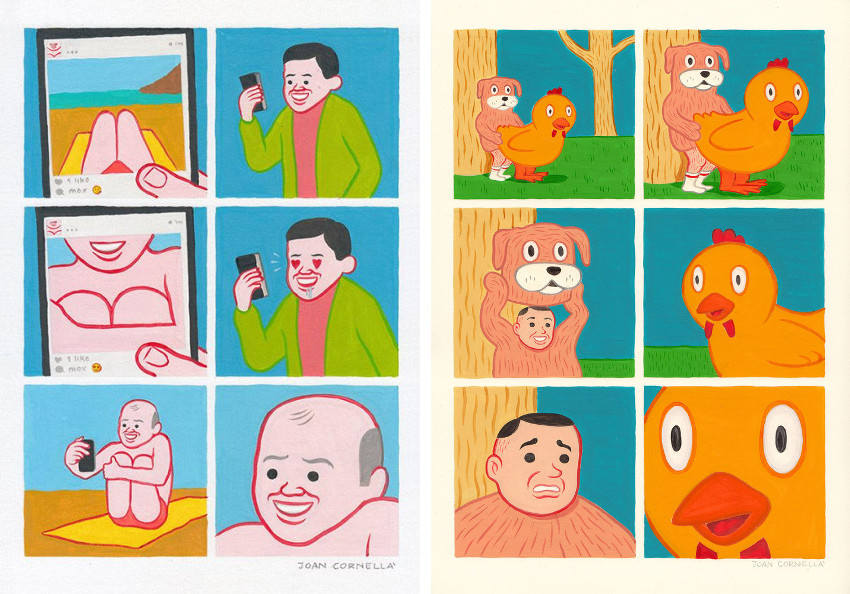 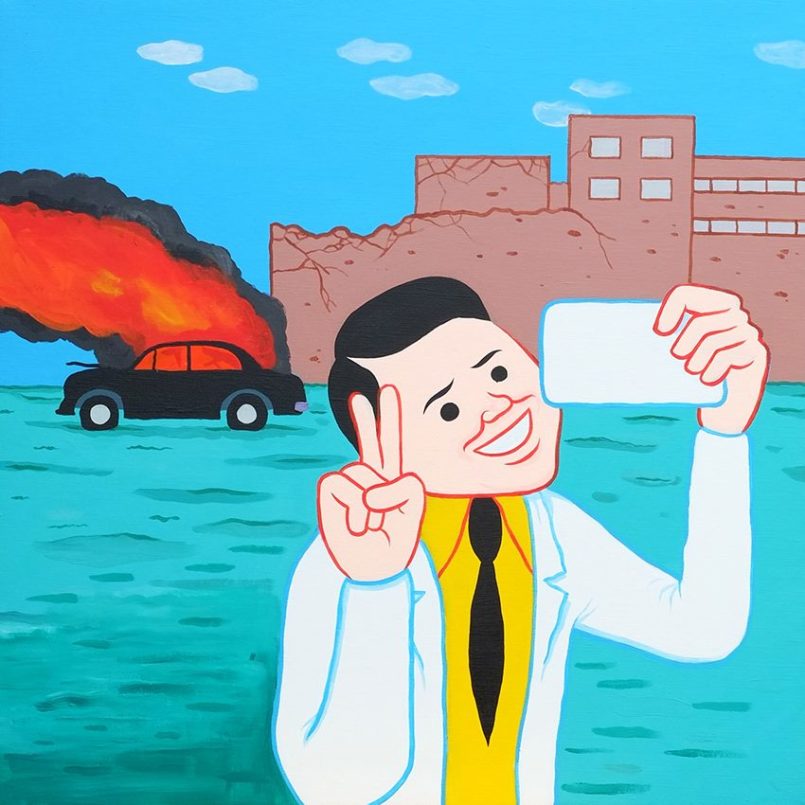 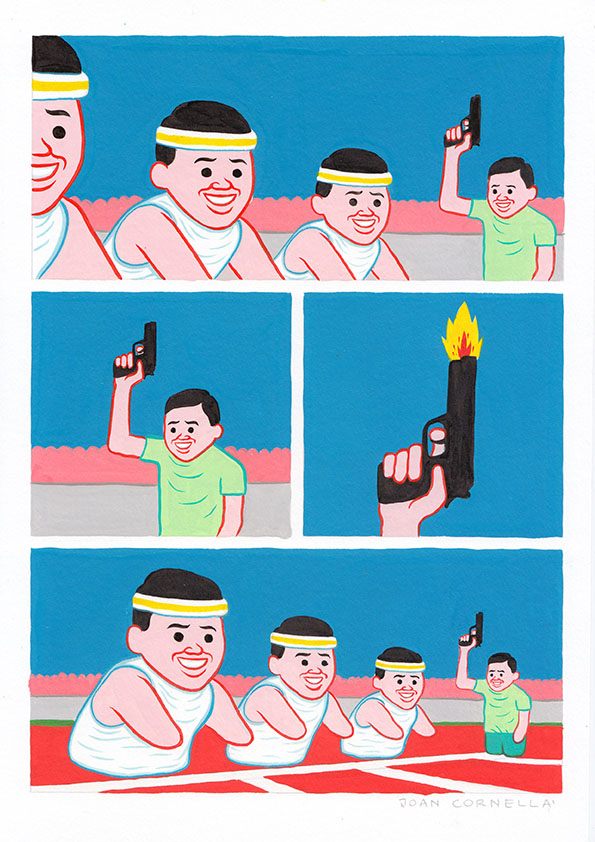 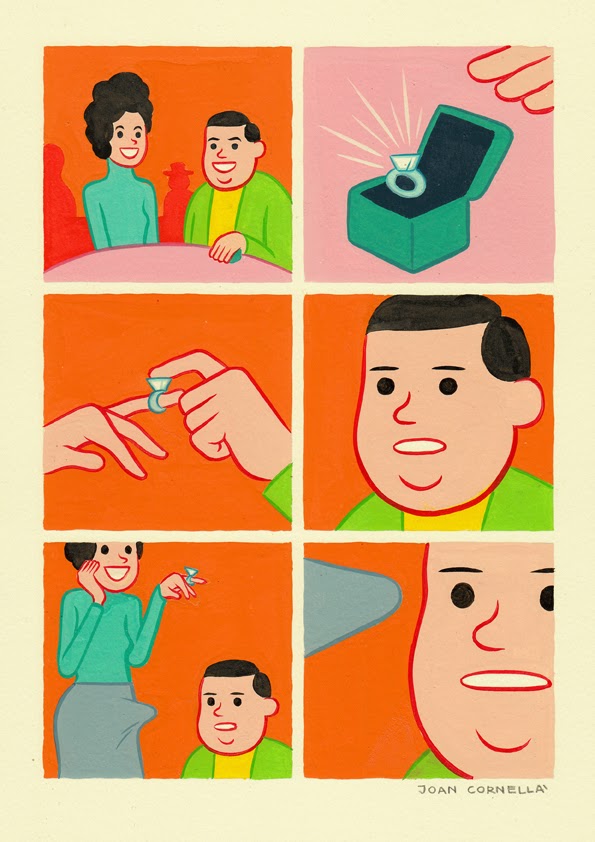 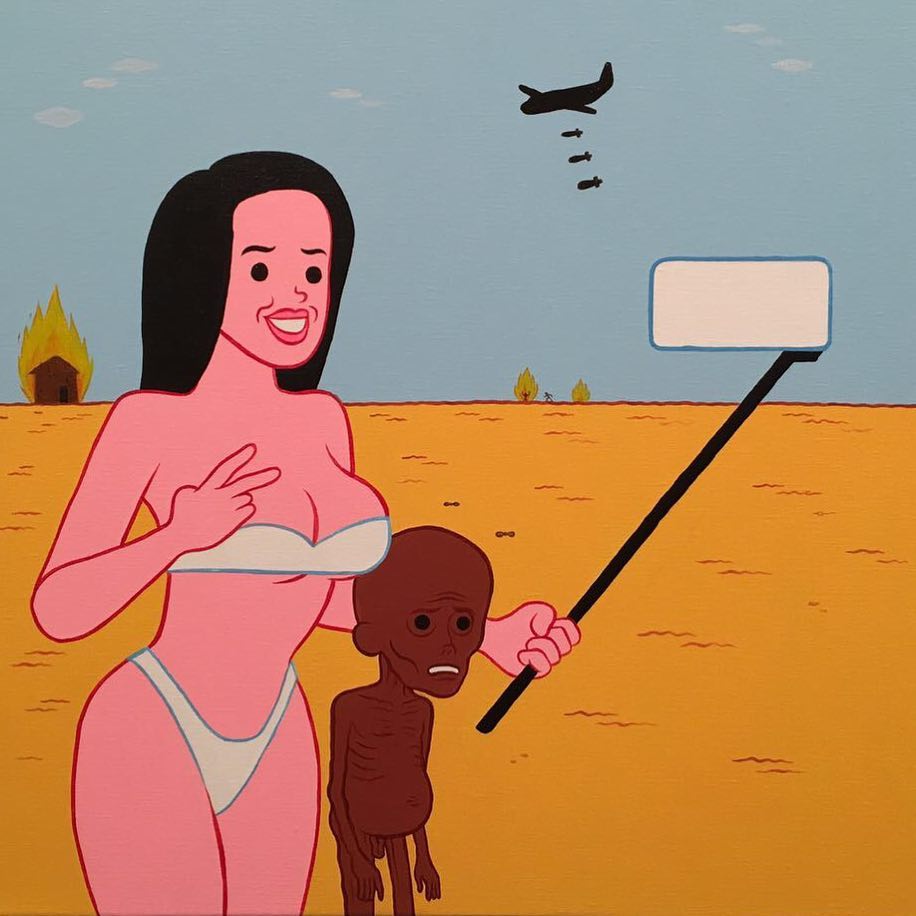