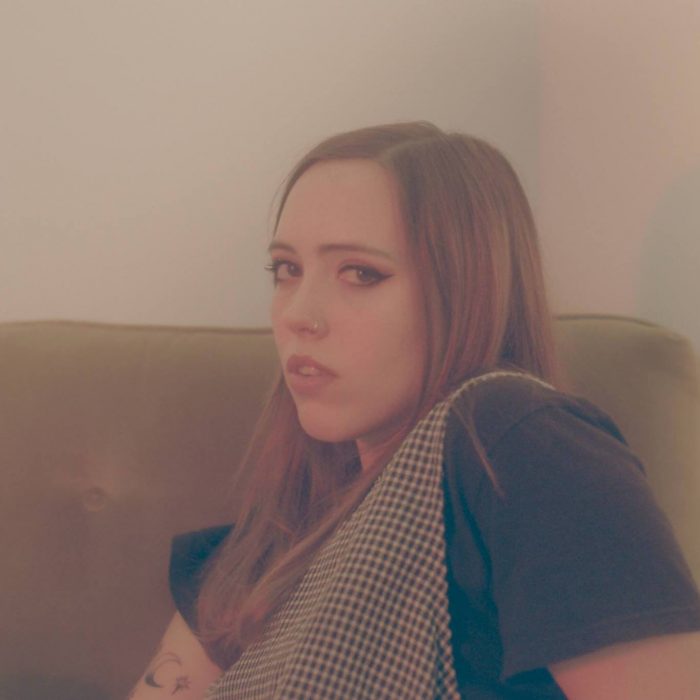 Soccer Mommy Gets “Kinda Sad” at the Teragram

Soccer Mommy is the moniker for the bedroom-rock brainchild of Sophie Allison, who comes to us via the storied music mecca, Nashville. Allison’s accomplished a helluva a lot at the ripe age of 21. It’s always exciting and a little bit disheartening when someone your age has hit so many goals, isn’t it? But, this isn’t about my loathing and letdowns, it’s about Soccer Mommy’s, which is exactly how she’s garnered such a strong following throughout the years. Not letting sadness swallow her whole, Soccer Mommy has successfully flipped teen heartbreak into catchy indie-rock tunes; her Bandcamp bio explains the artist best, “chill but kinda sad.”

I had the pleasure of catching the widely talked about singer-songwriter Tuesday night at the Teragram Ballroom in Los Angeles and the room was jammed with people of all ages. Out of everyone in the crowd, I chose to stand behind an uncomfortably drunk couple making out every couple of minutes. As cringe-y as it was, I found it to be funny more than anything. Here we were, in a room full of angsty teens and adults alike, going through or getting over heartbreak, and here stands in front of me, a couple on their fourth date. At least Allison’s studio debut Clean will be there when they break up?

The set was kept to a simple 11 songs and Allison was backed by a 3-piece band. Though it is her solo project, I do always appreciate seeing a full band live to really drive each tune home. Just after a fan yelled, “Fuck yeah Soccer Mommy(!!),” she opened up with an old repolished tune, “Henry.” Gems like this make the songstress so likable because it’s candid and reminds us that she too falls fault to what most of us tend to; the romanticizing of another. “Where Henry goes/I just wish/I knew his mind,” is an example of that yearning to know another and even when this way of thinking can cause inevitable hurt, there’s something beautiful about being naive about someone you love.

Quickly breaking away the infatuation, Allison rips into “Last Girl,” the classic obsessing-over-another’s-ex song. It was sometime around then when I decided to try the Soccer Mommy drink special, aka the Princess Juice, which I had caught a glimpse of earlier at the bar. I was slightly apprehensive considering it was a glass of Malibu Rum and Yellow Redbull, otherwise known as a headache. I had to try it. Purely for journalistic reasons of course. To be double-y sure I knew what I was talking about, my friend and I got another. While on my second Princess Juice, Allison played her most notable jam, “Your Dog,” pretty early on in the set. Where her earlier works tend to idealize her love interest, you can be damn sure she’s not thinking about her exes eyes anymore as she sings, “I don’t wanna be your fucking dog/that you drag around.”

About midway through the set her band member exited the stage “to go pee” Allison jokes. It gave the singer a moment to end where her career began: on her lonesome. She began the small acoustic set with her wonderfully recorded Springsteen cover, “I’m on Fire.” It was one of the highlights of the night and the way in which she sings the song with such tender thoughtfulness, you figure she could’ve written the song herself. She closed the acoustic songs with a fan favorite about being emotionally fucked up by parents and astrology, “Scorpio Rising.” Just when you thought the night couldn’t get any better for indie music, she’s joined onstage by her opening act, Sasami and LA native, Phoebe Bridgers. I knew Bridgers would probably come out, but you bet I swung at my friend when the white-haired crooner came out onstage. To top off seeing three incredible women in music together on stage, they covered “Wide Open Spaces” by the Dixie Chicks of course. The song perfectly capped off a night full of indie-rock magic and if you get to have an opportunity to catch Soccer Mommy, you better buy that ticket. It’s always good to take a breathe after you’ve been choking on someone’s love for so long, and Soccer Mommy is that much needed breathe.