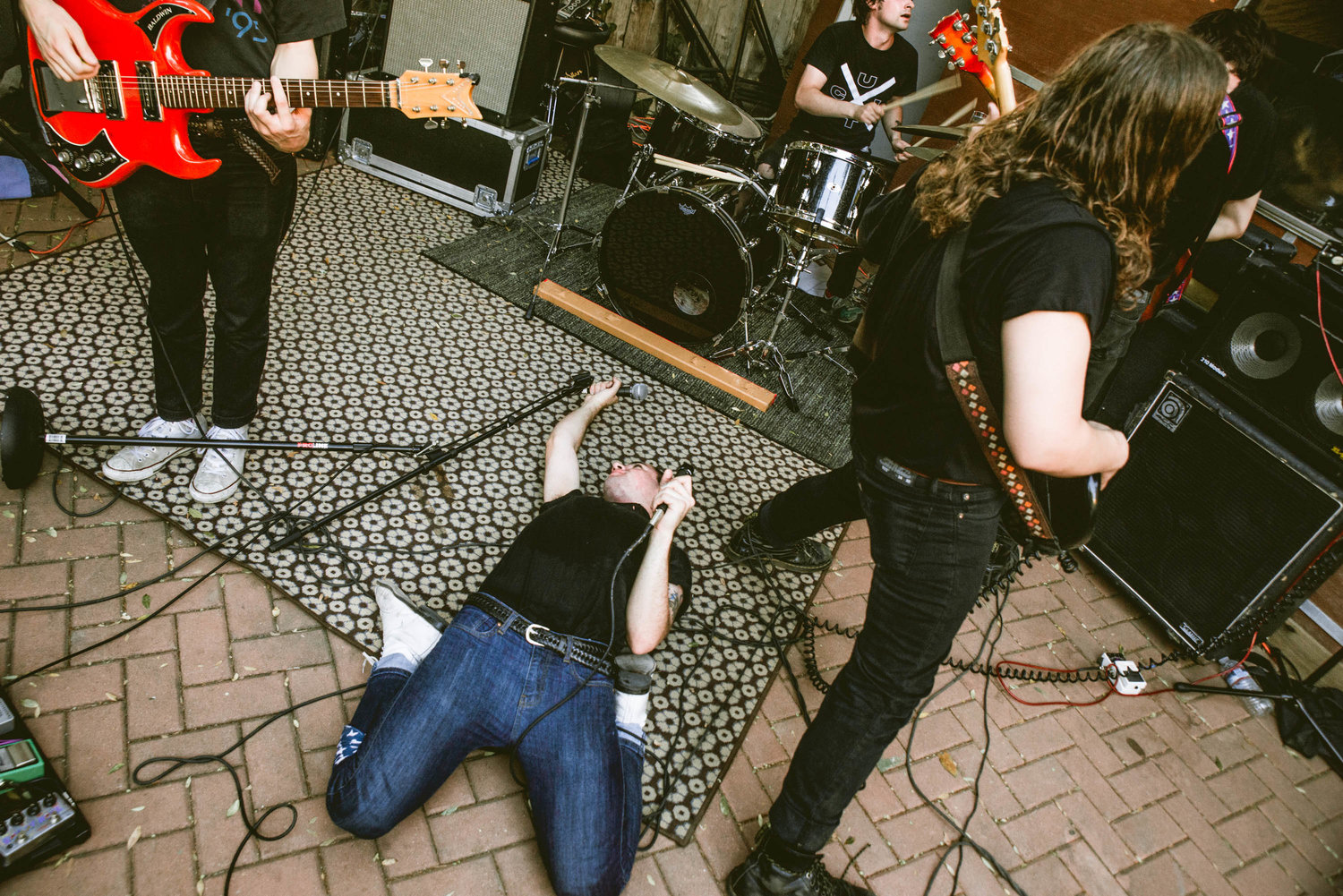 Growth is a crucial process for bands to go through. Though it proves to be a difficult thing to achieve for so many rock bands. So consequently, groups end up making the same record twice. White Reaper is the exception and actually, it happened to be a natural progression for the Louisville four piece.

The self proclaimed rock ‘n’ rollers polished up a bit, and to put it plainly, just became better musicians thus thrusting them to the top to become The World’s Best American Rock Band. It’s a hefty album title for a band that’s only recently put out their second record, but to be the best, you have to believe it first. Let’s just say Amadeus is the world’s best American magazine. That’s how it works right?

The World’s Best American Rock Band is everything you’d want from a straight up rock ‘n’ roll record. It’s loud, ambitiously hard hitting, and full of infectious hooks fit for an over the top house party. It also works well if you feel like lip-syncing to frontman Tony Esposito’s snarling voice on a float during a parade – Ferris Bueller style.

We had the chance to catch up with the guys to see what’s changed since their new title, 70’s icons, and how Milky Chance definitely wouldn’t make their lineup.

Just 2 years after your debut, you guys have become the world’s best American rock band. It’s quite a change from your first record which was a lot more lo-fi, garage rock. After you released the record, was it always the plan to go for the more polished, classic pop-rock on album 2? How did you come to that conclusion?

We never really had a plan or anything, we just didn’t want to make the same record twice. I think when people put out records, it’s almost like a picture of how they look at a certain point in their life. Like, on the last record we had long hair and holes in our jeans, but on this one we’ve cleaned up a bit. I don’t think any of us know what we’re gonna look like next time.

What was the writing process like for the record? I get the feeling that it’s all really collaborative.

I’d come up with the skeleton of a song and then kevin (who produced our record) and the boys would help me to add things here and there to really bring each song to life in its own way.

Have you noticed a difference in the way audiences respond to your music during live shows now versus back in 2015/2016?

The audiences are a bit bigger now.

What’s your favorite song to perform from the new album?

Judy French or Eagle Beach, not sure yet.

Have you had any insane tour experiences from the last few months?

We got to see the clubhouse at Wrigley Field and run around the warning track, shouts out to Theo Epstein!

Who do you think is the world’s second greatest American band at the moment?

So many great music fests are right around the corner. If you could assemble your dream lineup, dead or alive, who would make the cut?

Here’s a band who wouldn’t make the cut—Milky Chance. Those jerks shared a trailer with us at Bonnaroo and wouldn’t let us use the toilet inside of it. Every time we’d go in they’d bitch to the stage manager about it. They claimed it was broken but they just straight up didn’t know how to use it. 0/10 would NOT like to share anything with them again.

Your last album had glimmers of 70’s glam pop, so if you could be a 70’s icon for a day who would it be and why?

Debbie Harry probably. She seems like the biggest badass.