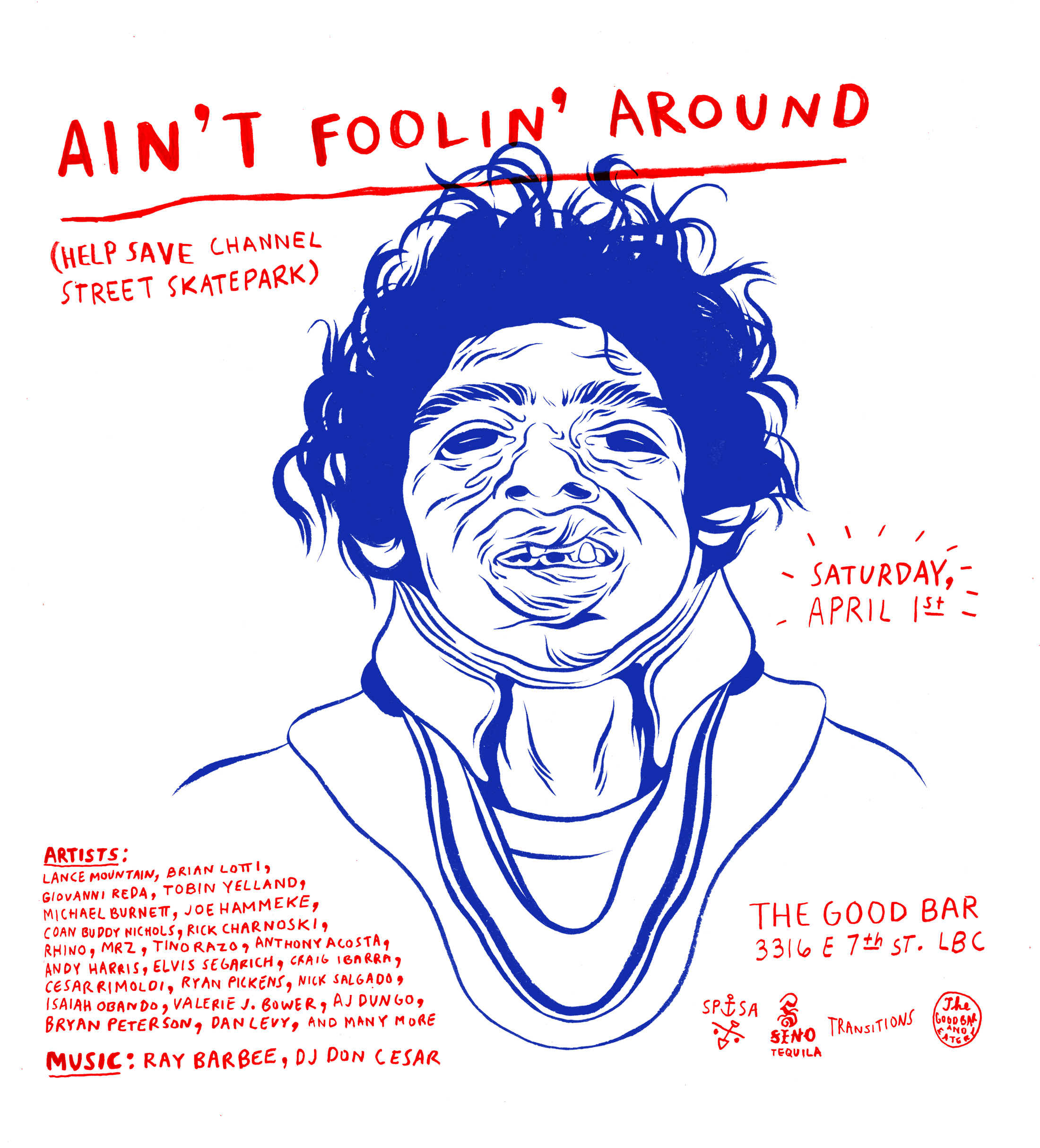 The Channel St. skatepark was built in 2002 as two little bumps in a park-and-ride that was nestled under the 110 Freeway in San Pedro. It was a spot in the city that was occupied by the homeless, and stood as nothing more than the breeding grounds for shady things to go down. With the overwhelming support and dedication of the volunteers from the SPxSA those two bumps turned into a bowl, and the area that was once looked at as nothing became a place for the community, kids, and skateboarding.

Although the skatepark has fostered a close knit and massive family of local and seriously talented skaters from not only San Pedro, but all around, it has been at the center of an infinitely ongoing battle of facing possible shut down by Cal Trans and POLA. Both government organizations started construction on the 110 Freeway that sits right above the skatepark almost two years ago, which resulted in the skatepark having to be closed. The SPxSA and every skater that skates Channel St. has respected the workers, rules, and regulations that were set for construction, with a promise from Cal Trans and POLA that the park would be unharmed. But now the park sits there with cement barriers in the center of the pool, relentless encroaching by the homeless, a gang of trash, including discarded needles, and the utmost lack of communication from the city about hordes of red tape that the SPxSA will have to get through in order to reopen the park.

Despite the laundry list of asks the city has made, the skaters of Channel have been relentlessly trying to keep the spot clean with routine clean-up days, and actively fundraising for the cause. Our good homie Rob Crawford has been there to document it all, and has curated an amazing art and music show at the Good Bar in Long Beach on April 1st, called Ain’t Foolin’ Around, with all proceeds going to the fight to keep Channel Street alive.

This show seriously isn’t fooling around, there’s a ton of heavy-hitters — Lance Mountain, Brian Lotti, Tobin Yelland, Tino Razo, Giovanni Reda, Anthony Acosta — and some of our favorite people like Valerie J. Bower, Bryan Peterson, and AJ Dungo, not to mention quite a few Channel Street skaters who are making work for the show as well. The night will be rounded out with a live performance by Ray Barbee.