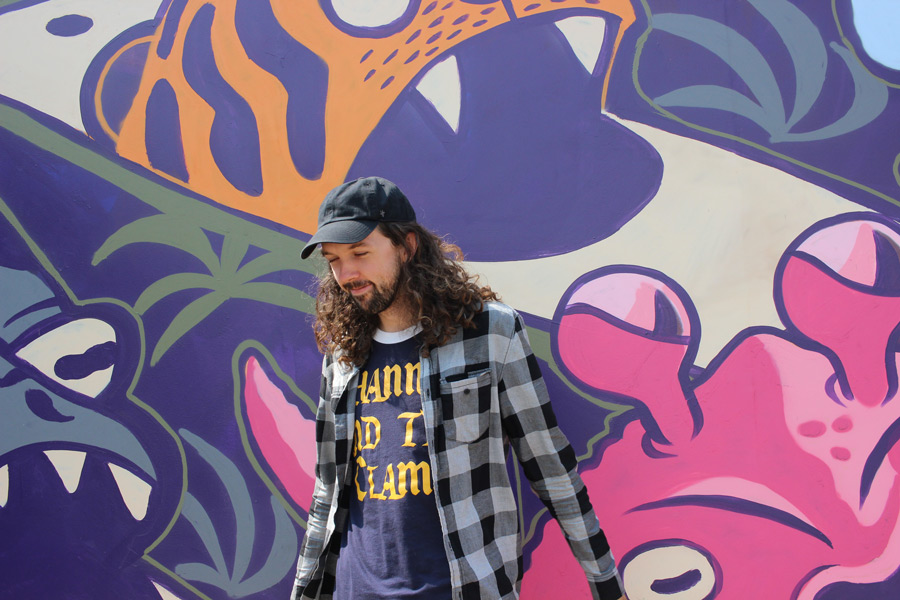 It all started at a GWAR concert at the Worcester Palladium in suburban Worcester, Mass.

There, among the satirical band’s devoted fan base and the exorbitant amounts of blood and bile spewing from the stage, artist Brian Butler began sketching the chaos that ensued around him.

“I’ve always been in the habit of carrying a sketchbook, and I’ve felt at home at concerts just as long,” says Butler. “But it wasn’t until that GWAR concert that I actually put pen to paper in a venue. That night I committed to the idea of drawing at shows by christening the drawing with blood and monster sperm.”

Since, Butler has drawn countless shows in his sketchbook under his Show Drawn moniker. He’s not only captured sets by everyone from Die Antwoord to Run the Jewels, but has been commissioned by music festivals like Bonnaroo to illustratively recap the music-filled weekend, and has even began to pivot into a more journalistic role with his sketchbook, most recently covering the Democratic National Convention and a Black Lives Matter rally. Butler’s illustrations are a compelling and nuanced alternative to the typical written review and photo gallery, offering a more compelling perspective of show culture and the community of fans that come together through music.

“I mostly look for landmark things occurring around the show,” says Butler. “Obviously the bands are included, but everyone remembers that stage diving banana guy also, so he gets drawn too. Or the security guard who sort of looks like a wizard. My logic is to start drawing at the beginning of the show and stop at the end. So the product directly reflects the energy from the show.”

Butler tends to keep a low profile at shows, usually hiding under his long curly locks of hair and a hat, with his pen to paper. However by virtue of his height and the other work he does, people have come to take notice of the avid doodler.

“Usually people who ‘Where’s Waldo’ me are respectful and just want to say what’s up,” says Butler. “The only thing that sucks is when folks want me to draw their girlfriends into the recap. Like, either they enter director-mode and micromanage the drawing, or they feel entitled to the drawing and negotiate a way to take home my sketchbook.”

While some of his most eminent work comes from his Instagram and Tumblr that feature a feed of his never-ending sketchbook of shows, the Miami-by-way-of-Boston illustrator has been embedded in the music community for over a decade now, making show posters, designs, and murals for heavy-hitters like GZA, Jay Z, Descendents, Pearl Jam and Mötley Crüe.

Usually littered with a distinct cast of characters – including his infamous Ice Cream People and fictional figures like Seymour Putts, a gangly mini-golf player – Butler’s mural work and other illustration projects exude a particular liveliness that quite obviously stands out among others. Even just displayed on your phone or computer screen, his work appears to have it’s own voice, one that is unrestrained and humorous, using warped references to modern day culture that allows it to appear familiar, but also new. As Butler builds his illustrations from extracting well-observed moments from the complexities of human behavior and everyday life, making his work relatable, we’d argue his vibrant and lively style stands as a visual reflection of the beautiful city he calls home.

“Miami is a beautiful transient city. The art scene is small but strong, and every year it gets re-energized by Art Basel’s influx of visiting artists and creative folks,” says Butler. “I travel a ton, and being headquartered in the “gateway to South America” is awesome for finding direct flights everywhere. Also, that gateway lends itself to major diversity. And Miami is one corner of the Bermuda Triangle, so what would be considered weird and alien in other places is common here.”

As for what’s next, the options seem endless. “My friends Lindsay and Alex Small-Butera in Boston just animated one of my re-occurring mini golf characters for their Vine channel. I’d love to oversee some more animations,” says Butler. “I’m overseeing a flag themed group art show with my friends Trifecta Editions at Aviary Gallery in Boston. All the artists lived in Boston at one point and it will be a cool homecoming for a lot of people. There’s a ton of stuff I’m stoked to do.” 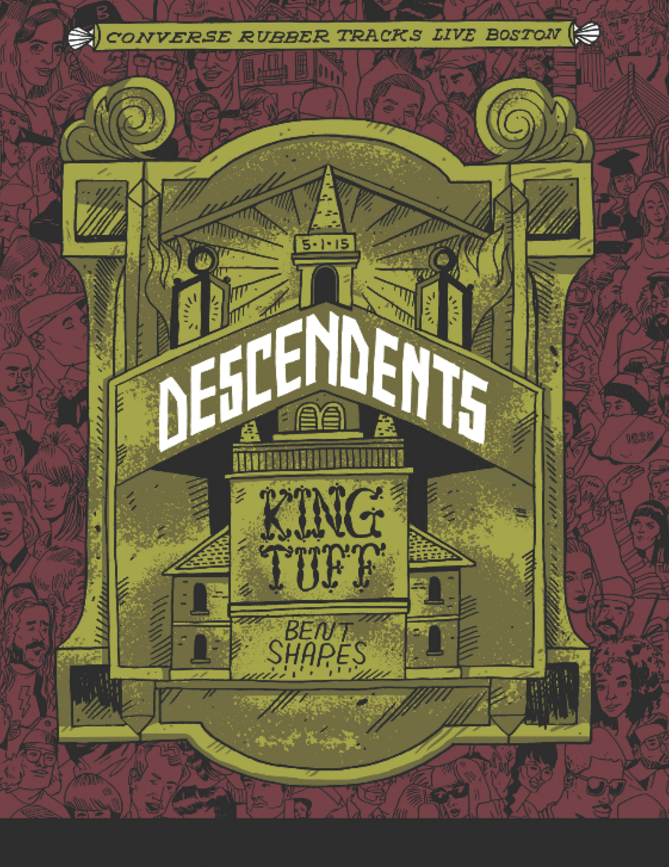 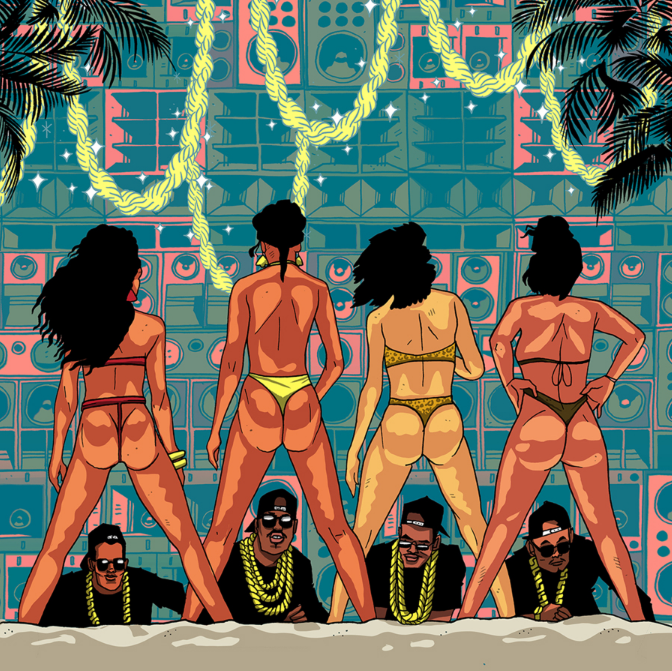 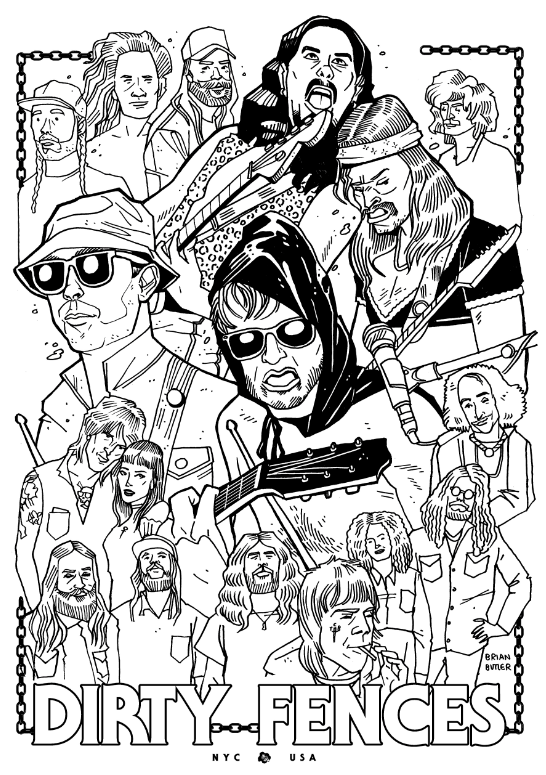 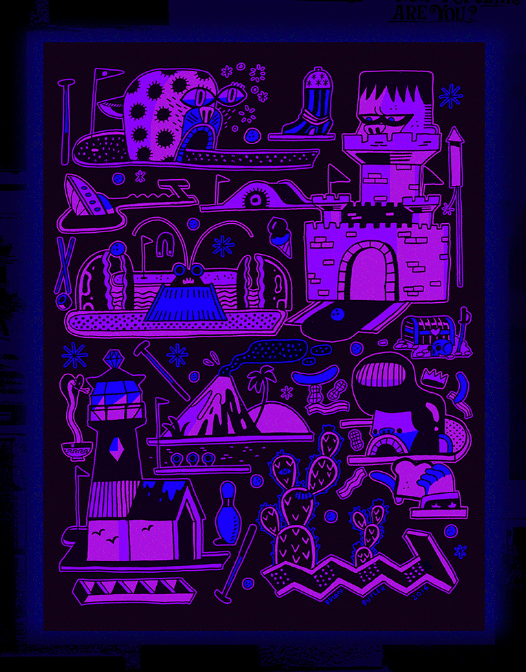 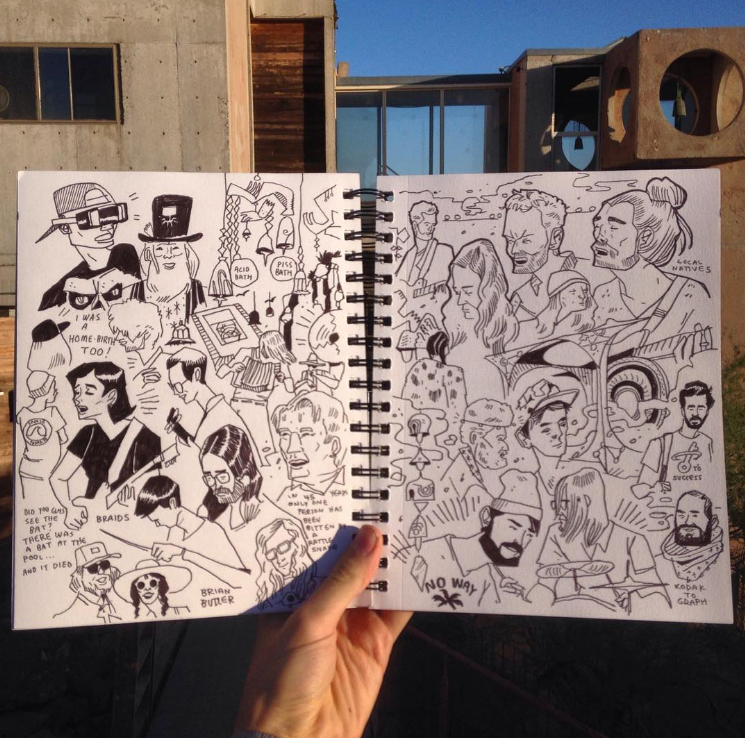 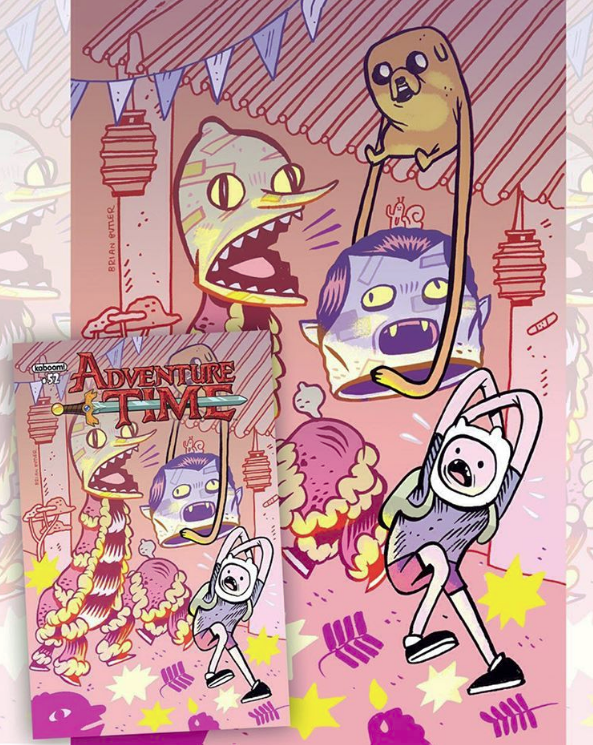 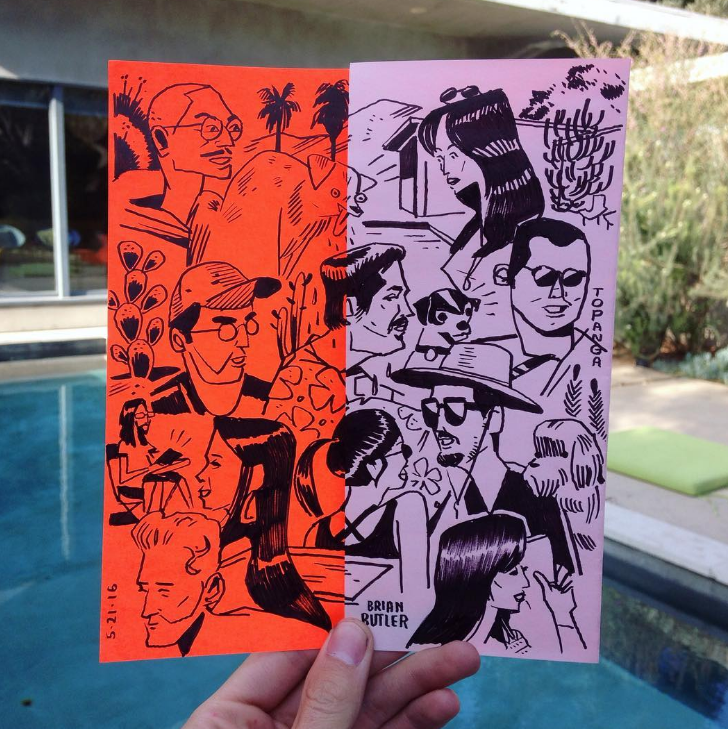 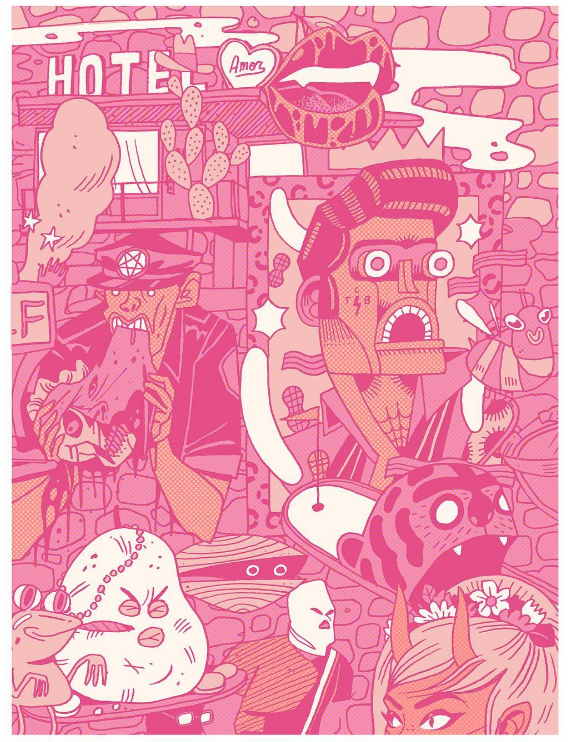 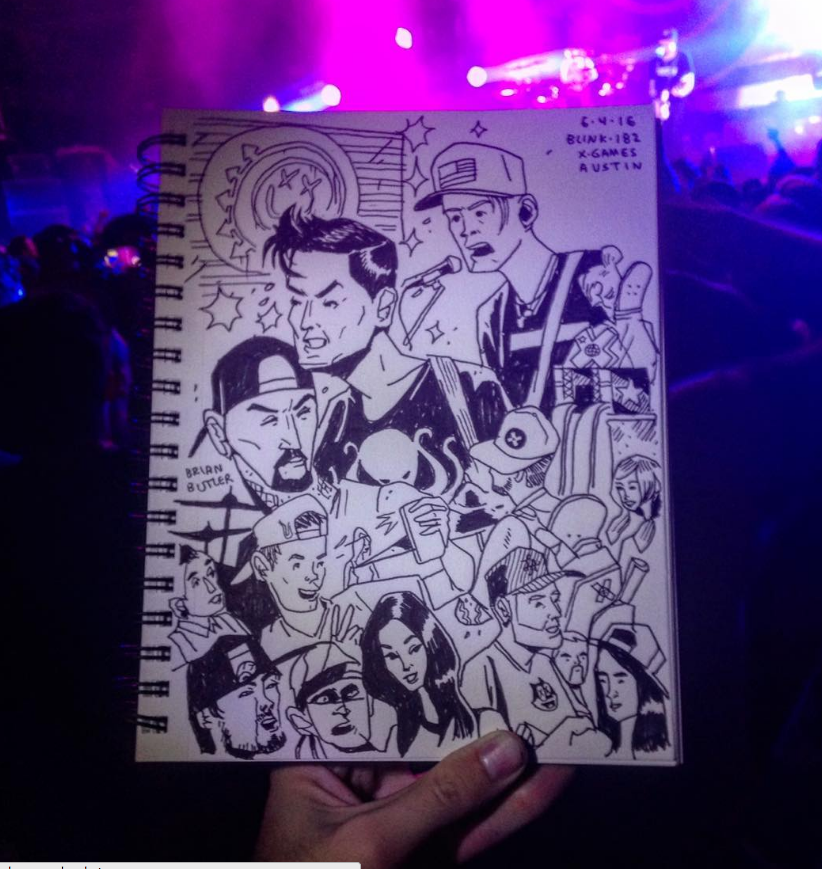 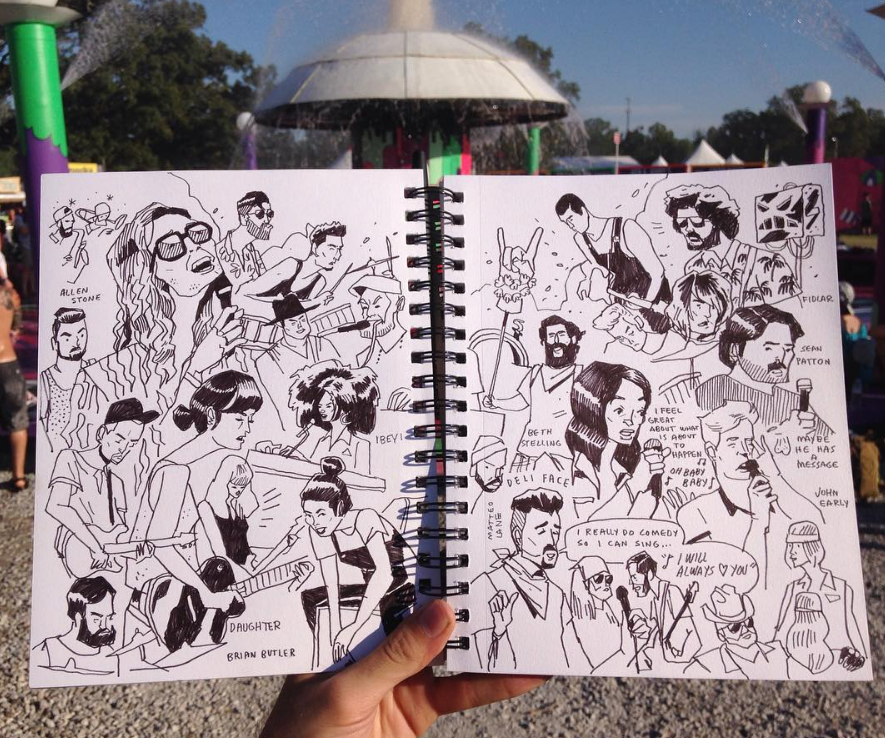 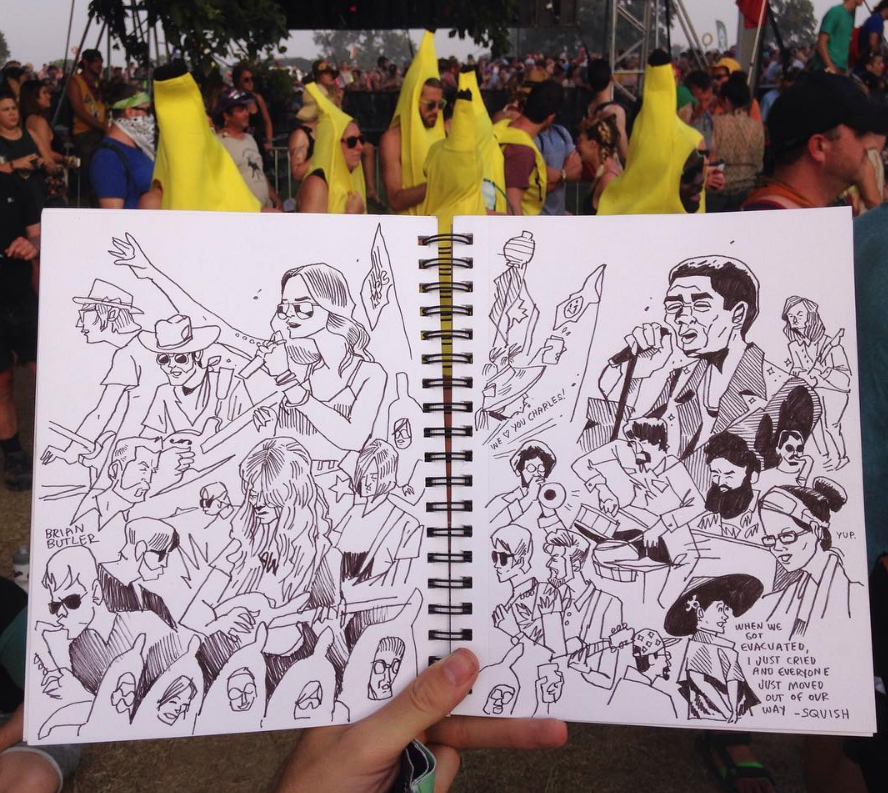 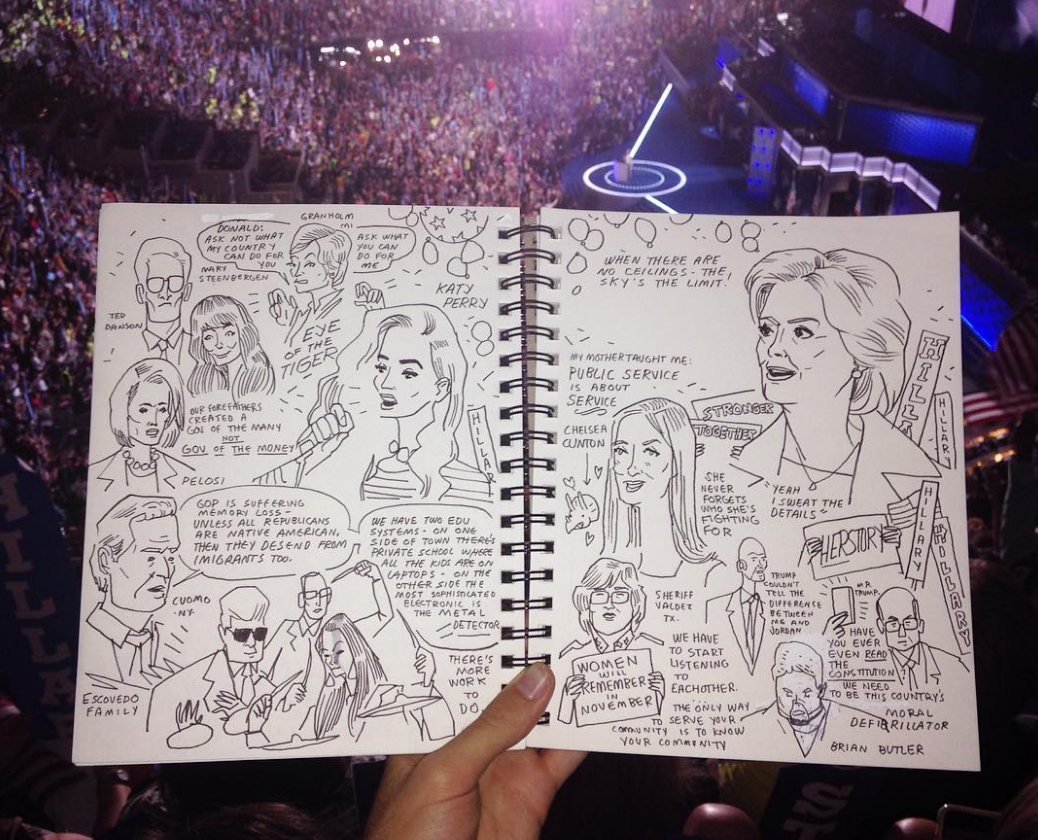