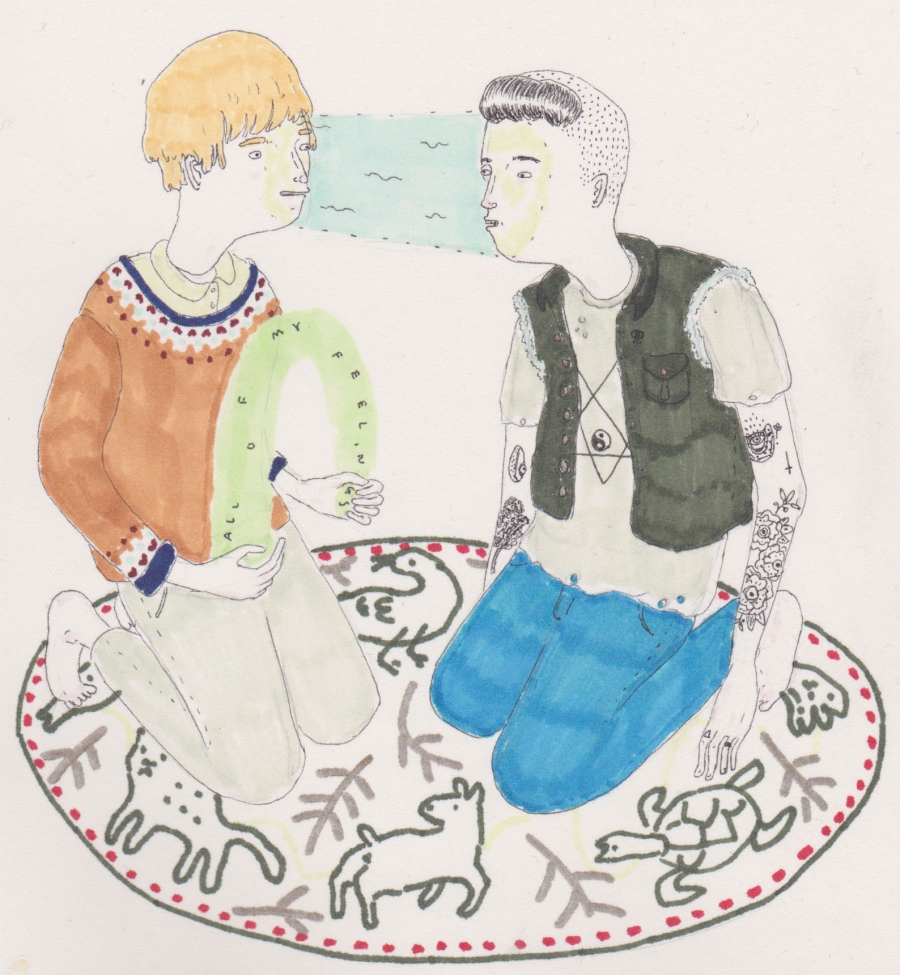 ‘Live Your Fibs’: The Mystique of Creating with Artist Aaron Billings

There are three components that make artwork striking and standout: technique, practice and passion. When combined as a triad—rarely seen successfully—the work becomes genre-like, a breed and making entirely its own. A tall task to accomplish, creating and developing a personal genre seems almost natural for Aaron Billings, an Australian-based artist and dreamer of amazing raw talent.

With wit, a discerning eye and a steady hand, Billings carves the living into lifeless materials, embellishing the cracks and corners of existence with his personal flair. His exceptionally detailed drawings suggest an alternative and complicated beauty, an unfamiliar use of life and the magic it doles out.

Playing a non-denominational higher power of sorts, Billings creates beings and worlds with amazing quirk and honesty; it’s obvious how very much in tune with the world around him he is—what it offers and what is lacks. In Billings’ world we see able, equal animals, innate mindfulness, peaceful passion and an overall curiosity.

In unison with a sibling-founded art collective slash clothing line, Billings and his work continue to push all limits to facilitate a genre of love and mystique. Lucky for us, Billings took some time between projects for a chat with Amadeus.

Briefly give us the Aaron Billing spiel. Who are you? Where are you from? What do you do?

So, I’m Aaron Billings and I live in a tiny convent style house called ‘Boner Cottage’. I haven’t always lived there—I’ve lived many places. I do draws and embroideries and make worlds for people to maybe live in.

Has your work always been line-work oriented?

Yes it has. Ever since I was a teen making beautifully Book of Kells style borders on my math tests I have been obsessed with lines. I find it very pure and relaxing. I switch between mediums a lot, but always come back to detailed line work.

Tell us about your process when you’re illustrated versus embroidering, working with sketches, clay, etc.

My process is pretty much the same for both: Put on This American Life podcast and work for 5 hours while maybe looking up, reference animals on the Internet, and holding my hands up in front of me as models. I must look like I am praying most of the time. I never do predatory sketches and I only ever have a vague idea about what anything is going to turn out like. For embroidery I’ll draw a few lines with chalk to guide me. For illustration I’ll use pencil for the outline of figures. Although I apply the same process to both mediums, the experience of both is very different. Embroidery is slow and very tactile. I normally stand when I do it and I sometimes pretend that pulling the floss is a form of exercise. Drawing is more immediate.

How did the carpet series come to be?

The first carpet drawing I did when I was very confused about a boy’s feeling for me. It was the first time in a while that I had ‘let my feelings out’ to someone and to visualise this I drew energy bands, connecting faces, being stashed in bags and being peed out. The rugs gave a nice grounding to this work. They brought the compositions a sense of weight and realness, domesticity and brevity. After that I became interested in doing portraits of people and their actual rugs, and I’ve been getting some really beautiful, like fucking prose-poem emails about people and their connection to their treasured mats.

Animals and nude dudes. Where do the reoccurring themes come from, and how have they inspired your work?

I am really a city guy. I love drinking on the curb, and cigarettes, and getting bread at 2 in the morning. So to be the wilderness is foreign and mysterious and sublime. I read somewhere that Kirchner, the famous German expressionist painter, used to go into the woods with all his city friends and dance naked under the moonlight and talk about philosophy and then return to the city with extreme distaste for everything he saw there. Kirchner romanticized the wilderness in a similar way I do, but unlike him I am aware that the experience is not authentic or unmediated and it doesn’t make me hate the city any more or less. The naked boys is, as you might have guessed, sexual desire and also about stripping down, being vulnerable .

Tell us about the mystique quality in your pieces.

A few of my friends have this saying ‘live your reals,’ it’s normally said in a super endearing slightly ironic way and I love hearing it. Still, I would never be able to say it, because I just don’t believe it. I have a counter saying, ‘live your fibs,’ which I think sums up my art practice pretty well. All we can do in life is make sure the lies we tell ourselves are the right ones. I think there is a lot of mystery and potential for making in this line of thinking. So I tend to draw pretty mystical stuff, not of any particular religion (I would never culturally appropriate), more about the process of creation being a mystical act in itself.

Who/what/where/why is currently inspiring you?

Theme wise I am pretty inspired by the idea that no matter how many times someone tells me about what is beyond the stars I know deep in my heart that I only believe them because I really want to.

What’s in the works for you? Any upcoming projects or ideas?

My sister Aoife and I work as an art collective called Bats of Leisure. We made clothes and embroideries, films and installations. We have a show at Fort Delta for the Melbourne Fringe Festival on the 2nd of October. That will be a woolen installation piece about letting go and losing senses. We will also be running a 6 week workshop early next year with Signal Arts about sustainable clothing.

I have few shows coming up. I did a cat drawing for the Off the Kerb 100 Cats Show. I have a large hand dyed paper work for a book launch/ private show next saturday. And I’m working on some embroidered cloaks and clay pots for an upcoming thing. 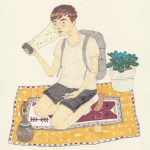 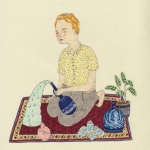 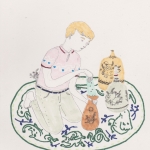 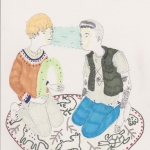 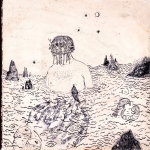 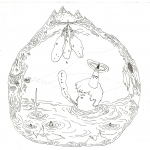 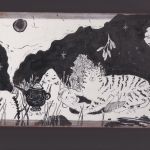 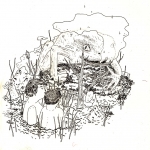 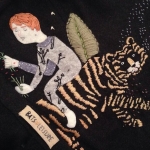 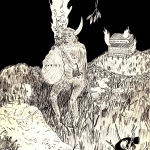 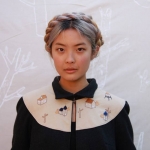 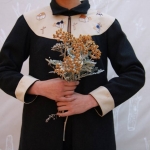 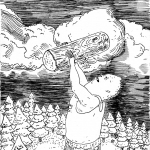 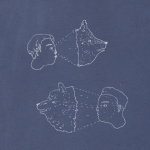 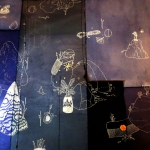