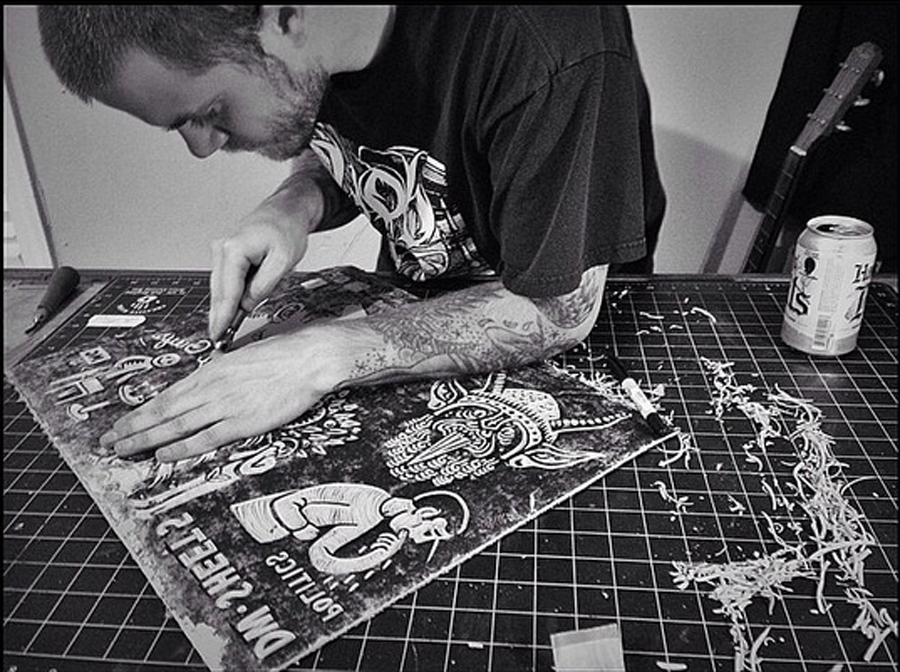 Denton Watts is a freelance illustrator and printmaker based in Austin, Texas. He carves lino block prints from his illustrations that are usually a culmination of the most recent outpourings from his eclectic psyche, often translating his experiences and ideas he conjures up while living his daily life, into simple but bold images. Striking and dynamic, Watts mixes events from his life with his love of tattoo imagery, music, religious iconography, political commentary and his new found passion for riding motorcycles to create his stunning linocuts. Watts prefers linocut because the labor-intensive medium forces him to keep things simple. Simplicity, something he tries to maintain in all aspects of his life.

Images of grim reapers, dudes on bikes, Indians in headdress, and phrases culled from his witty inner-thoughts pepper Watts’ black and white prints, making up a beautiful portfolio of one of a kind designs and inspiration for a disillusioned modern world. In a mass produced and disposable society, Denton Watts is a product of one-off culture, where people still create with their own two hands and take pride in the work they continue to produce.

We read that you originally wanted to do tattooing; how come that didn’t work out?

Fairly long story, but the short of it is I was doing some things for a local tattooer that I thought would make a good mentor. He knew I wanted to tattoo and that I was really into tattooing, so when he offered me a job to put up stickers for him around town and said that I was a part of his shop’s “street team” I was thinking this was my way in. I got a tattoo out of the deal, but I was hoping it’d lead to something like an apprenticeship. He straight up told me I needed to hang out at the shop more if I wanted to apprentice, but I was thinking my portfolio alone would land me the job and I was wrong.

Looking back at all of that, I’m glad it didn’t really work out…the guy is a pretty staunch traditionalist when it comes to tattooing and apprenticeships, and I’ve got other ideas for where I want to take my work. I remember trying to express that to him (that I wanted to do things a little differently). He’s of the opinion that the best tattoos have already been made and all there is to do at this point is interpret the masters (Sailor Jerry, Owen Jensen, Bert Grimm, Eddie Poferl, etc…). I was interested in pushing the envelope more than that.

Now I work from home and make my own hours and I’m no ones bitch. I think about tattooing every once and a while, but I doubt it’ll ever happen. A lot of tattooers complain about how many tattooers there are and how saturated everything is, but I would have hit tattooing just as hard as I hit my illustration work. I wasn’t interested in just being another tattooer. I really was super into it and I would have worked hard, so it was just an upset really. That can make you feel like you were wronged, but I can’t fault him at all for not apprenticing me.

When you made the transition into illustration, how did your style change, if it did?

I felt free to make the art that I wanted to make. I didn’t have to impress this tattooer anymore so I just made what felt right. I love simplicity and I don’t have the patience for super-involved work, so creating a lot of smaller pieces and then compiling them later just fit my personality. It just so happened that we were working with linoleum in class and it was amazing to me how similar it was to tattooing. I could plan a design out, transfer it, and then worry strictly about execution when the time came.

You linocut your illustrations, when did you originally start working with lino? What do you like about lino?

I took a printmaking class and we had to use lino for an assignment. I knew I liked the medium (at least how it looked), but I had never worked with it until then. I like lino for so many reasons…forces me to stay simple, turns a design into a work of art, looks folksy and handmade despite being heavily worked, lots of good metal albums/shirts with block printing covers, cheapest way to print from home, Albrecht Duerer, etc…

Do you find there are things you can do with lino artistically that can’t be done when you’re just putting ink on paper?

Block printing is kind of what you make it. I do super-simple designs that really embrace the texture you can get from block printing, but you could also use lino to reproduce more realistic line-drawings (like Duerer’s) and have the medium play little to no role at all in the work.

What type of bike are you riding? How much of that part of your life – riding, motorcycles, etc. – influences and inspires your artwork?

Riding motorcycles has only been a passion of mine for a year now. I’ve never been interested in motors or engines or oil or maintenance, but one of my first jobs ever was for a motorcycle shop; I had to stylize/redraw an old 1975 Ducati 950ss. While I was working on that project I started to gain a real appreciation for the design of motorcycles. It’s the same principles of design, they just have to make something that’s functional as well. Sold my car when I got my first bike and since then I’ve been through four different bikes and have settled on a DRZ400 Supermoto. I think I’ll keep this one until it blows up because it is by far the most fun I’ve had on a motorcycle. When something goes wrong with your bike you have to research how to fix it and it’s super rewarding to fix things. Never did I think I would geek out about tools and such, but here I am.

What’s it like creating and working out of Austin? It’s such a culturally rich city from what I hear.

I love it here but I don’t have much to compare it to honestly. I think I also very rarely take part in what makes this city “culturally rich”. I guess by making stuff I’m taking part…

You do a lot of collaborations with other companies for skate decks, t-shirts; what do you like about collaborating with other creative brands and artists?

I mostly like that they pay me to do what I love. It’s definitely flattering when a company I like comes to me for work though.

From looking at your instagram alone, it seems like you work at a pretty quick pace; are you a total workaholic? How do you come up with your ideas for illustrations…do you have a sketchbook you’re always doodling in?

I work a lot. I have some good, creative friends that live downtown that I wish I spent more time with, but in some odd way it’s good, for my career, that I can’t get out easily to see them. I work a lot of nights and during most days. It’s a lot but it’s paying off and I’m at a point in my life where I feel it’s advantageous to work this hard. More than anything else, I enjoy working. I feel in control and its a lot like playing. Not a lot of struggle.

I come up with most ideas just from living my life. I write most of my ideas on a whiteboard in my room and then pick one to pursue. If there’s nothing on the board I just sketch until something comes to me. I don’t own a sketchbook and I haven’t drawn with a pencil in a long time. It’s either designing digitally or cutting lino with the gouge.

What’s been inspiring you lately? people around you? places you hang around regularly? music you’re listening to?

For more from Denton Watts, check out his Instagram : @dentonwatts 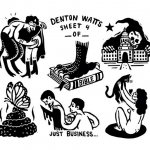 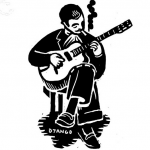 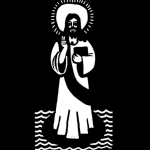 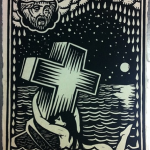 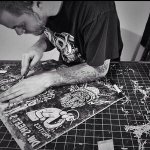 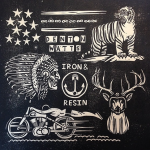 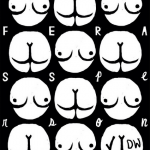 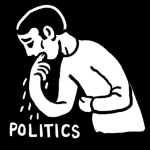 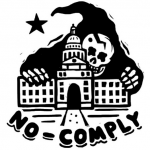 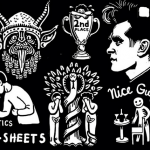 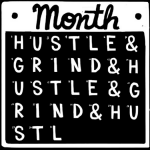 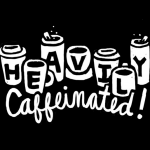