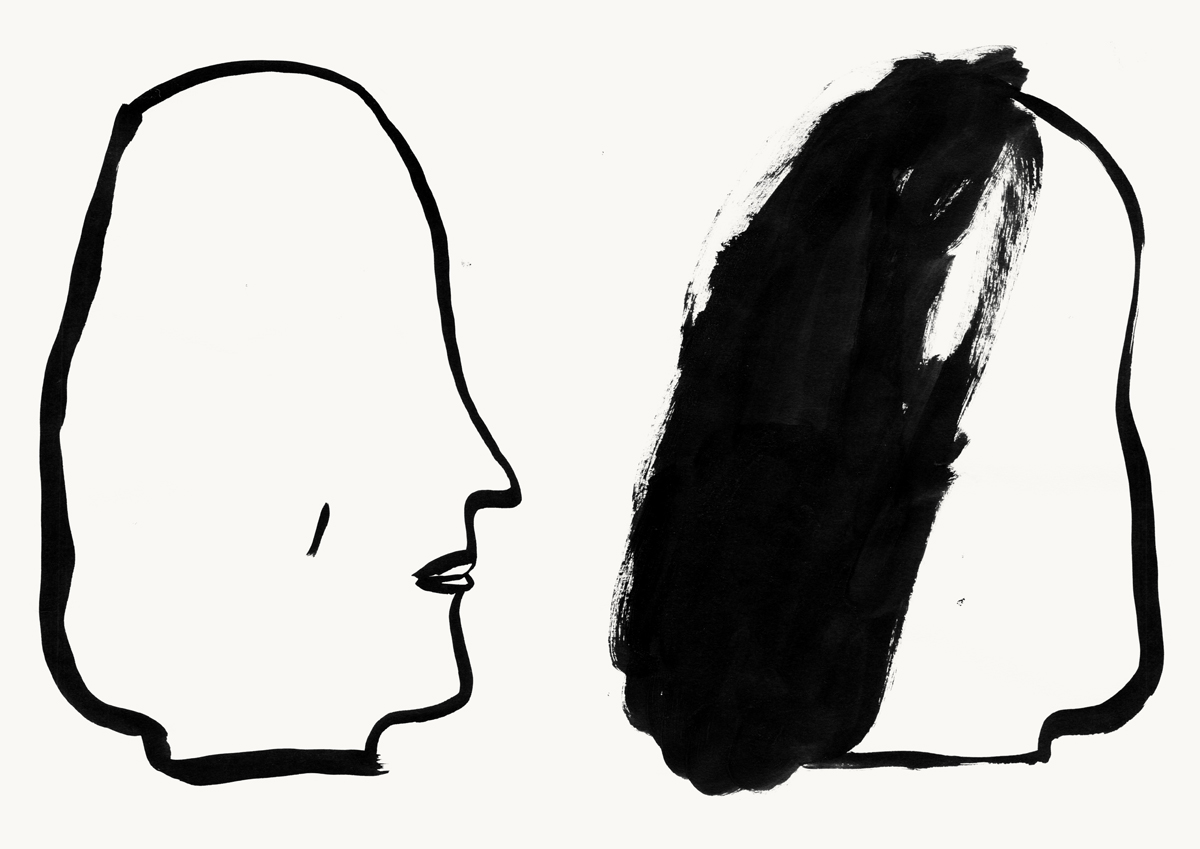 There’s a woman at the center of most of Italian artist Alina Vergnano’s works. The woman could be anyone. It’s not necessarily Alina, nor is it specifically another person, but rather the dark-haired female figure stands as an abstract personification of our inner self; all of the feelings, the doubts, the contradictions, and incongruences we might regularly find ourselves hiding.

Using primarily black ink and paint, the Sweden-based artist renders simple strokes that demonstrate the elegance of the line, and starkly contrast the poetic and silent atmosphere that often surround her characters. She’s developed a distinct style of figure drawing that manages to capture the subtleties of human interaction and expression in just a few simple strokes. Enamored with observing people around her – the way we all interact with each other, the walls we build around us, and the way we try to break them down – Alina conjures up figures with vague impressions, but that have a soul of its own, and that stand as a fragment of a moment caught by Alina’s brush. What initially started out as a way to express her own thoughts, fears, and questions, has become a way for her to present the world around her in a way that instigates thought and dialogue.

While Alina’s black and white drawings and paintings are simple and perfectly balanced, she also creates ceramic sculptures, where her characters come alive in elegant white forms, and further communicate her obscure and complicated ideas through the careful placement of hands over eyes, or a foot on top of a face.

We talk with Alina about her fascination with observing others, instigating dialogue and doubts with her work, and why white space is such an intimidating source of beauty.

Who is Alina Vergnano, how would you describe yourself?

I am an almost-27-year-old Italian girl living in cold Northern Europe, currently in Göteborg, Sweden, where I have my studio and I work with drawing, ceramics, walls, animation and other stuff. I have been drawing, writing stories and poems, and generally creating things since I was a really small child. I’ve always been a bit of a weirdo, quite shy and reserved, thoughtful to the point of having, since forever, a little wrinkle between my eyebrows.

It seems like the intended dialogue between your work and your audience is an open-ended one: instigating strong feelings, but never fully understood or even “resolved.” Is that intentional, and why? And where do you find yourself within that dialogue (as the creator? instigator? mediator?)

I like to question things, but I am aware I do not have answers to give. I could say that I am not even really interested in answers, because I find uncertainty much more real and close to what we are as humans.

For me, what is eventually important is to create a place for all the feelings, the doubts, the contradictions, incongruences, that are inevitably part of what we are and that, in my opinion, we don’t have to fight, but understand and eventually celebrate in their beauty and mystery.

I like to consider myself as the creator of a dialogue that you could say starts with a mirror that indirectly reflects my own questions to others, not looking for answers but instead for other questions and different thoughts.

White space can be an intimidating source of beauty. What are your intentions for your use of white space, and how do those creative choices translate in yourself and your personality?

I find white space scary and fascinating at the same time—it’s like silence in a conversation. It can be weird or embarrassing, but also means space for thoughts, about what is happening and what is actually being communicated. Generally I like to listen and observe instead of talk too much, so in my life and not just in what I create, I give to silence/white space a very important role.

In my drawings white space corresponds to the space I leave open to interpretation, often there is no background—what you see represented can belong anywhere or nowhere, to anybody in a non specified time, and it’s who is looking at the piece that can decide about it.

The back and forth between illustrations and words is lovely. Tell us about the creative decisions behind articulating versus showing.

When I was younger I read and wrote quite a lot. I decided to study illustration, driven by the fascination from the connection between words and images. Even when I started to focus more on the image, detaching myself a bit from what is purely the work of an illustrator, the world of words never lost its appeal to me, and I always kept on looking for that connection in what I currently do. Could be a title, a small poem or a single world which inspire the drawing or vice versa, but they are always connected and part of the same universe, enriching each other but never saying too much, just trying to catch a different glimpse on the same mystery.

You play with vulnerability a lot: in your self-explorative subjects and your courage in creating in various mediums. What has the creative evolution of that vulnerability been like for you, and what happens when those vulnerable instances are no longer scary?

The transition from vulnerability to courage and vice versa, it’s like a never-ending circle and struggle. Talking about vulnerability is liberating, it is like allowing yourself to feel what you feel and giving it a shape makes it easier to face, but also means recognizing it as part of yourself, subtly, constantly cracking the confidence you are trying to build.

Interesting female subjects and limited physical forms. What about them drives your work and where does your inspiration tend to stem from?

My inspiration comes mostly from observing other people and looking inside myself, and what I create takes the shape of femininity because of the strong connection existing between me and my work. Body parts, faces and all the things I draw are often metaphors of non-material things like an atmosphere, a thought, a feeling, a memory or a dream, transformed into something familiar and material.

Your work comments on culture by mirroring its happenings with enough indistinction to allow room for interpretation. Can you speak a bit about the responsibility as an artist to examine society without imparting too much on the audience?

Every day we are exposed to a society that wants to constantly simplify things for us, make us think less, imparting its truths, telling us what is right and wrong, what is to believe or not.

I think an artist should be able to underline the gray spaces, to instigate dialogue and doubts, not to give another non-questionable opinion like everybody does. That’s why what I do isn’t so much of a shout, as it is a whisper that aims to touch the right point in someone else’s mind or soul. 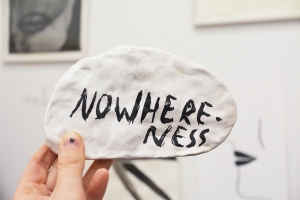 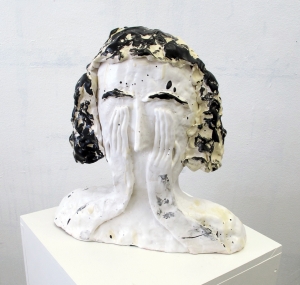 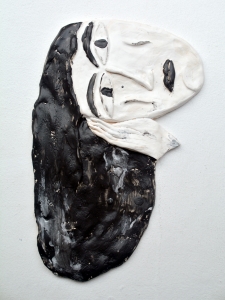 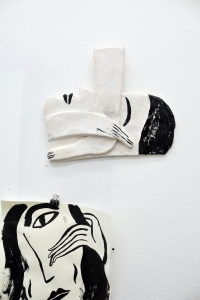 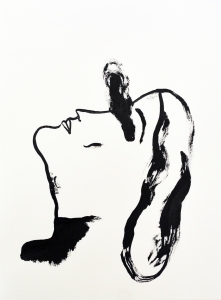 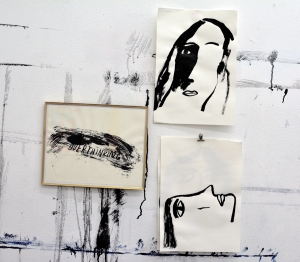 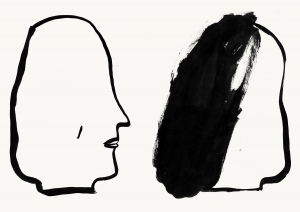 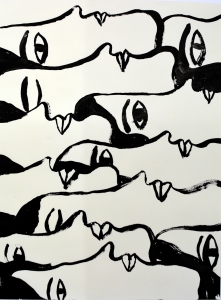 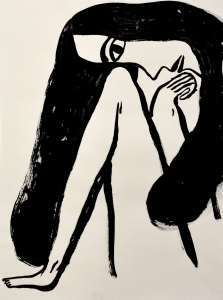 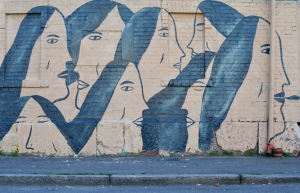 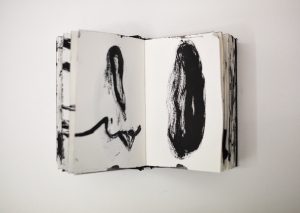 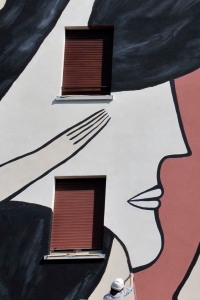 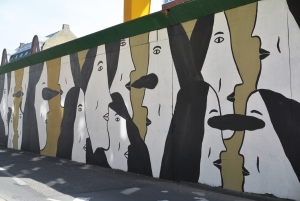