Remember dial-up internet. It required a computer, a landline phone, and a modem. Connecting could be a long, tedious process and every time your mom picked up the phone to make a call, the connection would get dropped. It was brutal, but that period of time also spawned bootleg media downloading services like Napster and of course, Limewire. Like most people that grew up during these primitive internet days, rapper and musician Frak holds a special place in his memories of Limewire; so much so that he’s named his new album Limewire ’03.

The Bay Area rapper’s concept for the album comes from the heavy album sampling of early 2000’s R&B records—Pretty Ricky, Alicia Keys, The Dream, to name a few. But the album has a much larger throughline than a mere homage to bygone music pirating; it delves deeply, but subtly, into society’s undeniable technology addiction and the many ways it manifests itself in our daily life and our relationships. Limewire ’03 shows Frak at a whole new stage of his music-making career: relaxed, confident, and willing to not only lean on his rapping ability in order to craft a song. Unlike his first release, Bagels, the new album puts precedent on the music—finding that perfect sample, crafting that insatiable beat.

We had a chance to talk with Frak about how the new album is like a season of Black Mirror, what things have changed and developed since Bagels, and his love for his Bay Area home.

Tell me a little about the concept of the new album, Limewire ’03.

The Limewire concept comes from the album sampling a lot of early 2000’s R&B records that bring up that y2k nostalgia. The album also touches on a lot of themes of tech accessibility and the way it affects our day-to-day lives — and Limewire, at least for me, was the beginning of that era where everything was available at the touch of your fingers

Can you remember some of the first early 2000’s R&B tracks that you sampled and bootlegged off Limewire back in the day?

Usher’s Confessions album really woke me up and essentially started my puberty single-handedly. On the album, you might be able to recognize some Pretty Ricky, The Dream, Alicia Keys and some other early 2000 heart-wrenchers.

Since releasing your album Bagels, what has changed and what has stayed the same with regard to your writing and rapping? Both stylistically and just in general? How has battle rapping helped you or allowed you to become a better musician?

The biggest thing that has changed since Bagels is I’ve become a battle rapper. You can ask any white rapper this and some might not admit it, but we all have an Achilles heel, that we need to prove we can rap at all costs. When I made Bagels, I still had that chip on my shoulder, and although I still love the album conceptually, when I try and listen back it sounds too dense and lyrical to be listenable. Since I have taken over the battle rap world, and have that lane to really rap, it has allowed me to slow down my music and create more space and atmosphere in it. I am most proud of Limewire for its musicality and cohesiveness.

In songs like “Delusional Rapper” I really get a sense of what seems like a reoccurring theme on the album about how our interactions have changed drastically because of social media and technology. Can you tell me a little more about this theme and was this an idea that you had I mind when you started writing this album?

Tell me about your process for creating this album? How long were you working on Limewire ’03?

Almost 3 years. It started sampling R&B records in my homie Naseem’s basement. I even wrote some of the songs for my senior year English thesis. Since I started, I’ve made five self-directed music videos to promo the album. “Spine” was my first attempt trying to direct my own video, then came “5 AM,” which was a low budget video we shot in Europe, but around the time “Small Talk” dropped, I think I really found my stride as a video director, which translated into “Draymond” and “Delusional Rapper,” as well. Those last three videos all blew up online for different reasons, and I am proud of the way they came across and are all intrinsically related to the album itself.

What made you want to offer different editions of the new album? I see that one of the editions includes a personal freestyle, that’s a pretty cool idea.

It was inspired by battle rap, and the way leagues and Youtube channels have turned to a service called Patreon to fund their art. I think online art is taking a turn towards crowd-funding and monthly subscriptions, and I wanted to join that movement in my own way. So for the album, you’ll be able to purchase shirts, CDs, downloads, and personalized freestyles on any topic in package deals on my website. I’m excited to see how it works, I just hope nobody asks me to diss their ex-girlfriend or something.

Anyone that listens to your music would know that you are from the Bay. How and why does your neighborhood and the Bay Area continue to influence and inspire your work?

Truuu. I lived here my whole life pretty much. Everything I do is influenced by the Bay. I got bar mitzvah’d during the hyphy movement — I have no choice. More than anything, the cultural melting pot has influenced my art and the way I live my life. On the album, “Draymond” and “Small Talk” are both Bay anthems in their own right. In my life, I work for an organization called Youth Speaks, teaching hip-hop and poetry workshops to youth in Oakland and San Francisco.

Listen to Limewire ’03 on Spotify and purchase one of five different editions of the new album that he’s offering on his website – https://frakmusic.com/. For more from Frak follow him on Instagram: @frackthemc. 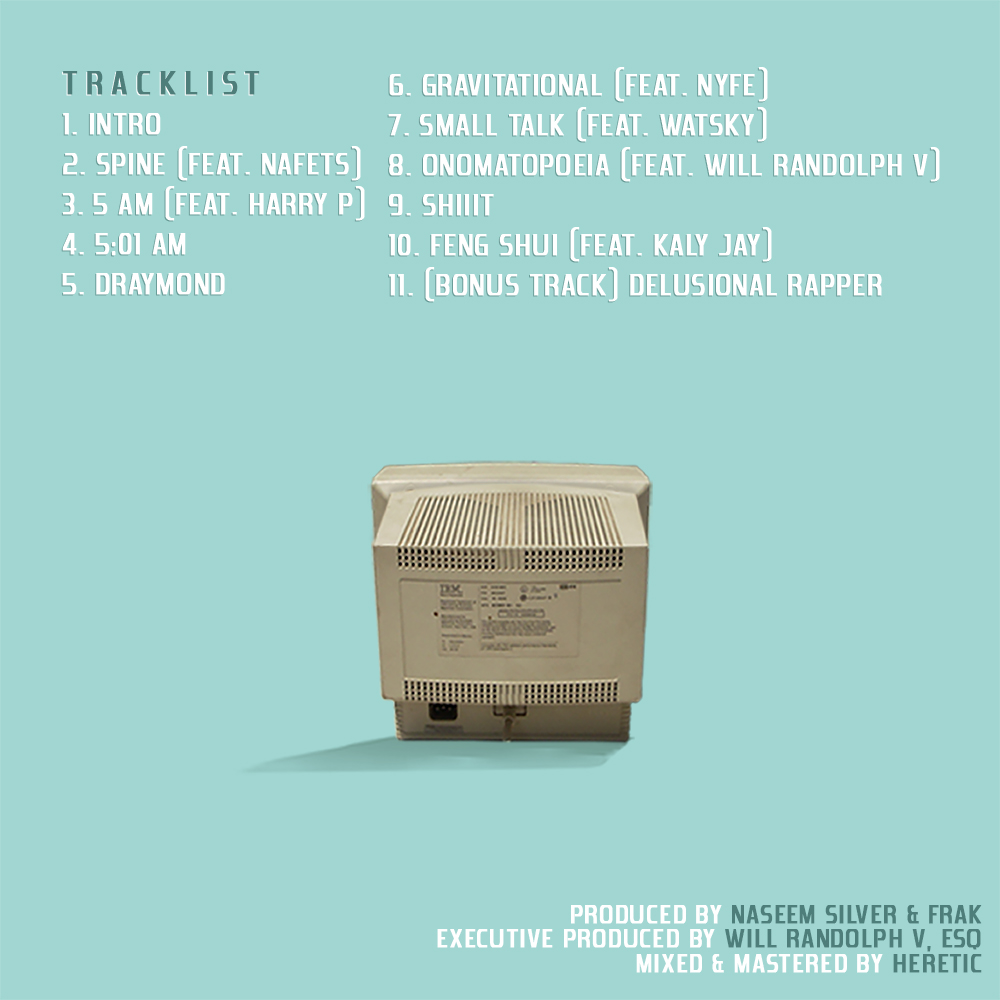