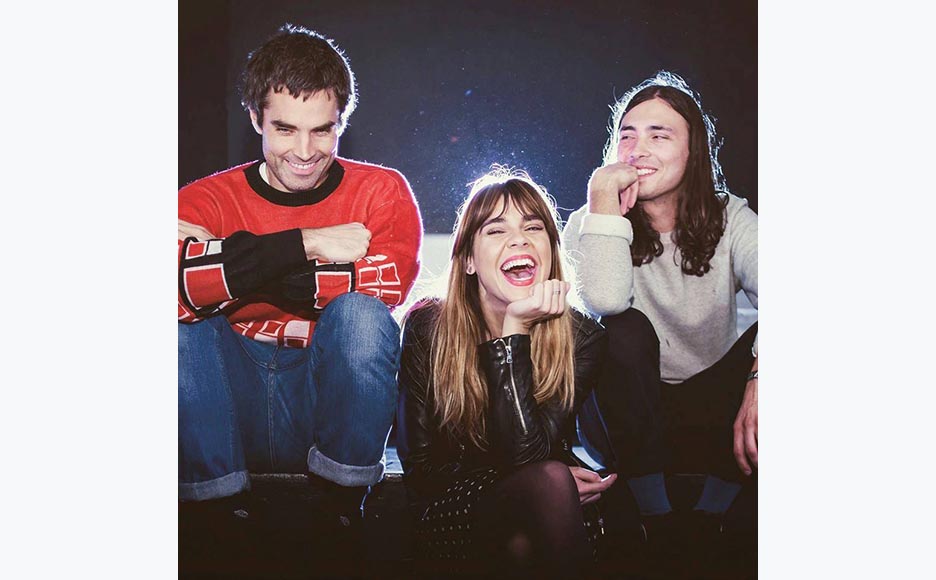 Getting to Know Gothic Tropic

Rarely does a band’s moniker hint to the sound or style of the band, but that’s not the case with psych-pop group Gothic Tropic. The unique Echo Park trio consists of the artistically compelled vocalist, Cecilia Della Peruti, experimental bassist, Daniel Denton, and matchless drummer, Rheese Detrow. As the date of their debut LP release, FASTorFEAST, nears, Della Peruti chats with us about the bands methodical style and a shared affinity for taking Gothic Tropic all the way.

After releasing their first EP, Awesome Problems, 2011, Gothic Tropic was met with great reception, commencing an evolution of their music by incorporating the abstract instrumentalists they won crowds with. Layering dynamic sounds with unheard compositions, the three band members effortlessly combine their own creations to muster unmatched sound experiences.

“My parents had me taking classical piano lessons and I ended up playing flute in jazz band,” said Della Peruti. “I was always playing classical or jazz, and then I didn’t even start playing guitar until after I’d played drums in a punk band and branched out from there.” It is from her experience, as well as the experiences of her two band mates, that keeps Gothic Tropic enthused and distinctly different. “Our Rheese and Daniel both studied jazz coincidentally, and I think because I never studied guitar I approach it in a jazz way,” said Della Peruti. “We’re constantly improvising together, that’s when I get the high feeling. I love it.”

Often, creative indifferences get in the way of creative differences, leading to backstage disaster, but Gothic Tropic embraces their creative disparities, and where words can cause friction, the trio lets their music do the talking instead. “We usually record our free jams, and then I expand on the kernels of good moments, and build them into songs,” explains Della Peruti. “Collaborating is pretty mellow. We just play, we’d rather not talk about it.”

As for Della Pureti, her motivation comes from those who surround her: her band. “I’m often inspired by Daniel’s bass lines because he’s great at coming up with catchy top line riffs, and Rheese will start playing a beat and I record it and come back with a song to it,” she explains.

This type of musical talent did not fester in a single session; Gothic Tropic has taken their success in stride, releasing songs equally as slowly as their music is fast. A tactic that allows for the group to provide their listeners with only the best quality of music, a policy that Della Peruti feels is most important when producing music.

“We all love having a product of our playing, so recording is really important,” explains Della Peruti. “It can seem frustrating looking in, but crafting a record is something to do mindfully and carefully, and we all love listening to something we’re proud of. It’s important to remember there’s no rush.”

Even with the hours, days, weeks and months spent piecing together the soon-to-be-released LP, FASTorFEAST, Gothic Tropic chooses not to identify with any specific genre, and instead continues experimenting with different sounds and styles, slowly moving away from that psychedelic element of their music.

“I’m nervous to agree with the psych element because of the direction we’re going for 2016. We’re like babies growing up in front of people, although I really didn’t think about appealing to any certain audience,” says Della Peruti. “I know we’re evolving and refining our sound, but we’ll always have that 70s pop vibe underlying anything we do, though.”

“We want the whole ideal thing; quality music, musicianship, strong songwriting, playing to our strengths, and having a lot of people hear us and feel good,” says Della Peruti. “I want the whole big thing, the guys do too, but the really big goals I keep secret—it’s like festering fuel for my fire.”