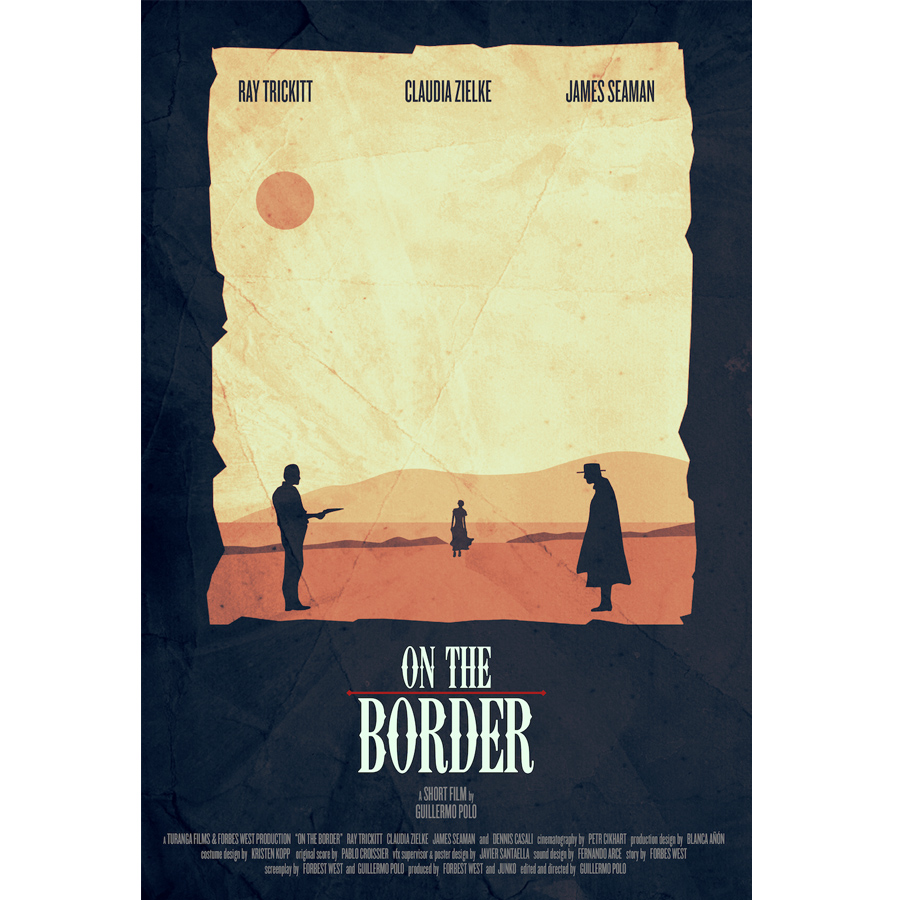 Guillermo Polo’s short film, On the Border,  was conceived the way you would imagine any Western film would be: two guys – both cinephiles, writers and filmmakers – gushing over Cormac McCarthy and other dark films like No Country For Old Men and Deadman. While working as Director of Photography on a short film production called Tispy, Polo met the production’s writer Forbes West. One conversation and three weeks later, the two were holding their first creative meeting for a Western script that would become On the Border.

The short tells the story of a wanted cowboy lost in the desert that discovers a young woman covered in blood and who cannot speak English. When a terrifying stranger comes out of the wastes of the desolate desert looking to take her away, the cowboy is forced to make a hard choice.

Born out of his love for Spaghetti Westerns and the unpretentious air of the Western genre as a whole, On the Border stands as the first project that Polo has directed since his move to LA from Madrid; an overwhelmingly popular US directorial debut at that. Having recently started to show the new short film at a number of film festivals on the circuit, the response has been particularly warm, leaving viewers wanting more from the modest 19-minute short.

We had a chance to talk with Director Guillermo Polo – who will also be featured in our upcoming sixth print issue – about the collaborative writing process and his directorial experience with this project. You can watch On the Border  online now.

We can’t even imagine where you start when writing a script; what’s the writing process like for you and for this project specifically? How do words on a piece of paper translate to the visual format? Do you write with specific imagery and scenery already in mind?

In any project I’ve done, the writing process has always been different. However most of the time the first concept comes to mind as something visual – a scene or potential situation – from there I start to work on it and develop it. Sometimes that first idea is not even on the final script, but it was a starting point.

On the border was different because I worked from the original idea of Forbes West. He send me two lines about a storyline and from there we started to work together, he was writing the dialogues and I was developing with him the script and the actions. We did around 18 versions meeting every week. During that work every time we were writing I was seeing clear images on my head of how I wanted to look. Some days I used to lie down on my bed with a playlist of western music that I’ve been doing for 2 years and imaging scenes of the film. It was an intense process and very exciting.

Why a western film? Are you a fan of western films? Have you worked in this genre before?

A lot of people ask me that here since it’s something that belongs to the American society. A spaniard making a western in California! And I say: Haven’t you seen all the spagetthi westerns? Haha. Many of them were filmed in Spain with Italian directors and american cast. As a kid I used to watch westerns with my grandfather, then when I was in college I watched many of the greatest J. Ford, Nicholas Ray, Peckinpah, Michael Mann. I think it’s a very poetic and powerful universal genre without being pretentious at all. The characters aren’t intellectual and the landscapes are wild, but there is a meaningful world hidden inside every action, every look. It’s my first time working on this genre, but some years ago I tried to make a project that couldn’t happen. Some day I’d love to make a western feature film. I don’t think this genre will ever die.

You’ve shown “On the Border” at a handful of film festivals, what has the response been thus far? What immediate future plans do you have for the film?

We have started the festival tour a couple of months ago. So far the response has been great. Everyone tells us, “I wish it would be longer, I want to know more about the characters and that story!”. Our plans now are to keep sending it to festivals. While it also stands as a project that I can proudly show in order to start bigger projects.

What was the directorial experience of this project like?

This is the first narrative project I have directed in the States. It was a journey and I learned a lot about this culture and the way things work here. For some months I was just reading about American culture, watching Westerns, visiting deserts, and drinking bourbon. I loved working with American or English speaking actors, which proved a very different process than doing so with Spanish actors. It was great to put together this amazing crew and to overcome all of the obstacles that came our way, together. Now I’m just waiting to jump into the next project.

There are a lot of great shots in “On the Border” that really capture the vastness of the characters’ surrounding scenery in the desert. Was this intentional? Does the scenery/environment prove of just as much importance as the characters in this film?

The desert needed to be one more character of the story. I worked hard with the Director of Photography, Petr Cikhart, in order to make it this way. I wanted to make you feel the isolation of the characters, the extreme conditions of the environment, the threats that surround them. In some moments we place the point of view from faraway so you as the audience could see them as figures that belong to the whole picture, like the animals. Nowadays we live in a more controlled atmosphere, but back in the day if you missed a small detail such as the distance, food, water, that was your goodbye.

For more from Guillermo Polo stay tuned for details on Amadeus’ issue 06 and check out it website here. 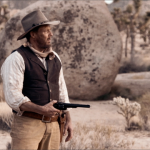 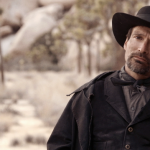 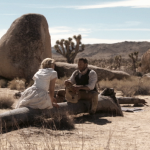 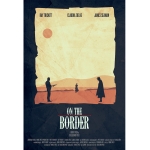