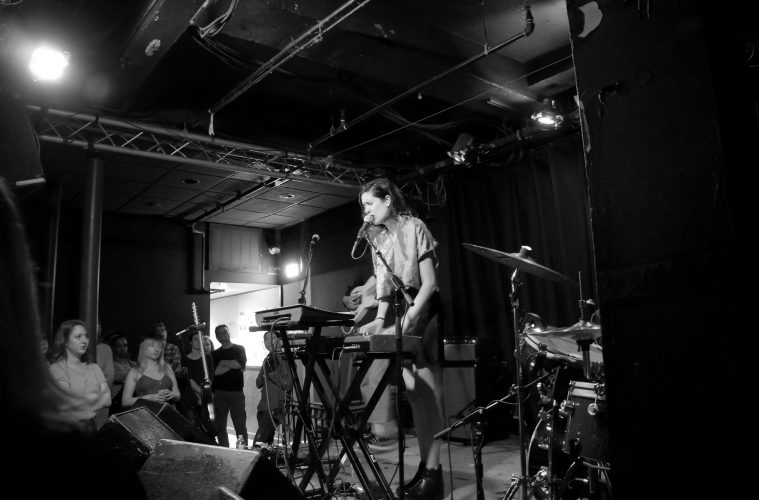 Why Half Waif’s ‘Lavender’ is an Instant Classic: Live at the Great Scott

I’ve been going to more concerts than usual recently, always dragging a friend along cause I fear solitude. I’m an introvert; I get nervous when left on my own. But standing solo at the Half Waif show Saturday night, I was grateful for a moment to myself. The set was all about reflection and I couldn’t help but think of my grandmother through Nandi Rose Plunkett’s words. I didn’t have to share the experience with anyone else, but rather I could just stand, sway, and think. Think about my grandma’s house in the Hollywood Hills, about the movies we’d watch and meals we’d make, about what she taught me regarding love, happiness, and individuality. You can hear all of that woven through Half Waif’s new record Lavender.

Austin-based Hovvdy opened the show with tunes like “Late” and “Cranberry” off of their new record. I shot my friend a text a few songs into their set: i think i just found my new favorite band. And it wasn’t an exaggeration. Hovvdy seems to be the peak of that electric folk/alternative style: incredible songwriting, solid rhythm section, and tone that all meshes together into one brilliantly tight band. 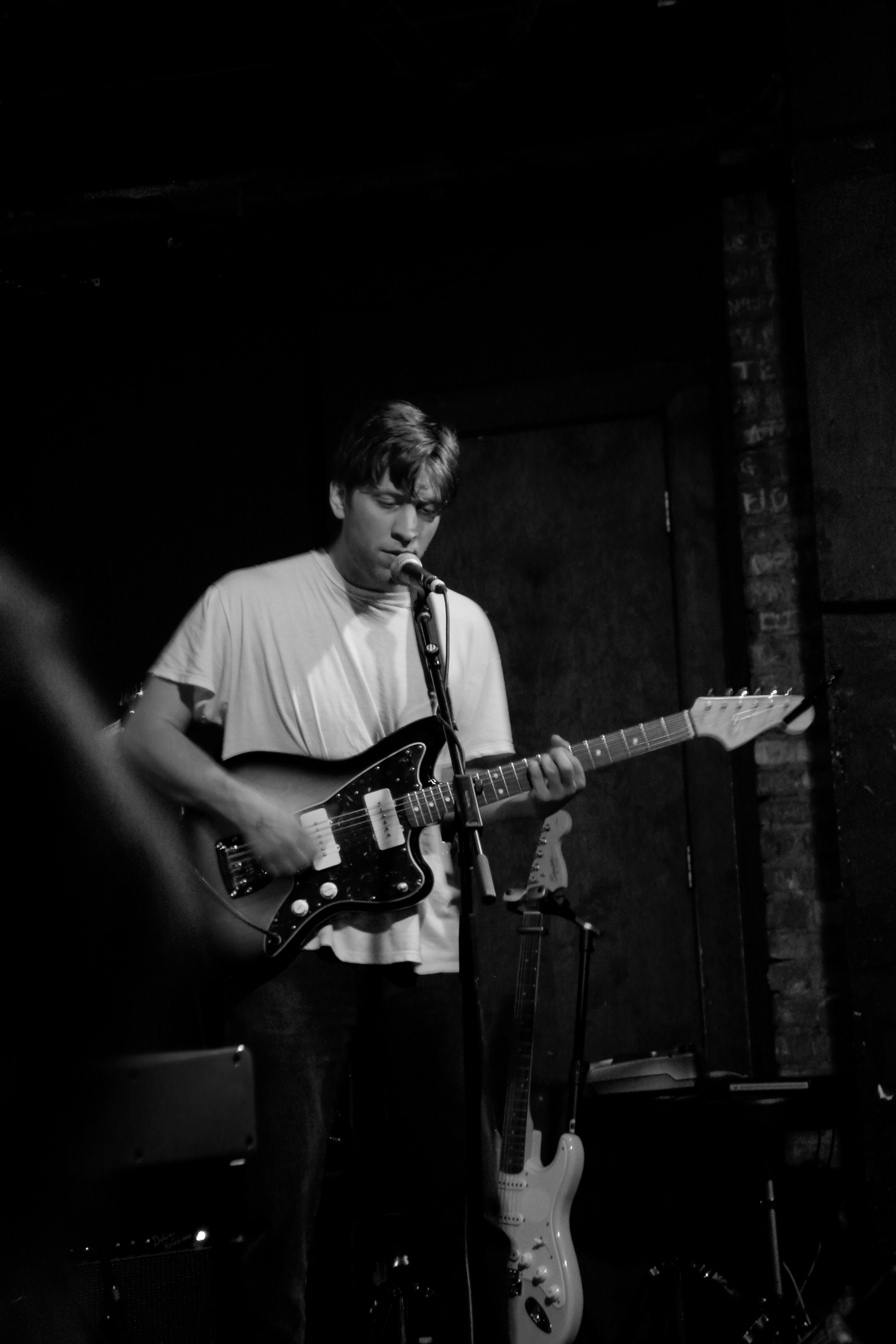 Next, Half Waif took the stage, just as the sun finished setting. Overall, the set was professional and calculated. The three-piece performed Lavender in its entirety, perfecting the various drum machines, keyboard parts, and stacked vocals. It was incredible to watch these songs come alive on stage, from the pulse of “Keep It Out” to the softer moments of “Ocean Scope.”

“I miss New York and that’s the loneliest feeling,” Plunkett laments on “Lavender Burning,” the first track of the album. She quickly loses the smile she greets the audience with and becomes part of her songs, feeling the words as she wrote them. I felt vulnerable standing there alone, my camera in hand, but suddenly, as she began to sing, it was as if someone was writing out what I felt when I thought of my grandmother. She has a way of capturing the sensations that become hard to put words to in the face of loss. And you can tell when she sings she’s reliving it, the mark of a true artist.

I first saw Half Waif open for Julien Baker back in October. It was a different feeling. Now hearing the album in its entirety, there’s narrative. You experience Plunkett’s different sides, or as she says: “all my moods,” the hook of her 2017 release “Severed Logic.” The way Lavender is constructed, it becomes a look inside a person’s mind experiencing loneliness and the questions that define life’s situations. 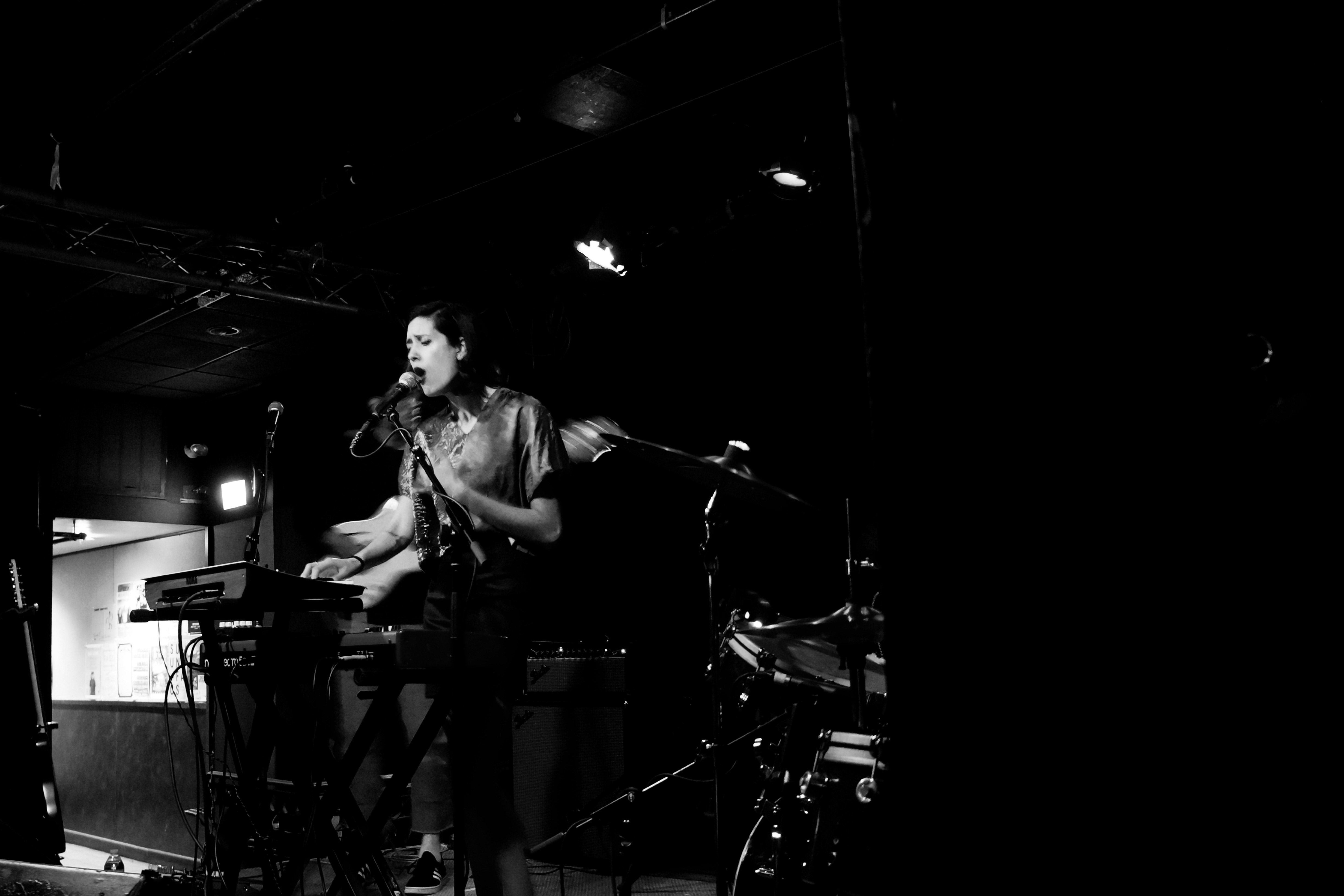 After the trio played through all of the new record, they came back onstage for an encore of “Night Heat,” requested by Plunkett’s sister who was at the show, and “Severed Logic.” The audience took part in the emotional release that came with the older material. “When the beat drops, I want you to all dance like it’s Saturday night,” Plunkett exclaimed before the final song of the night.

Plunkett sings about solitude, about figuring it out on your own. I stood there in the front, totally absorbed by Half Waif’s sounds while looking inward. She made me think of my grandma, of living in this new city, of growing up. And that connection, between listening and reflection, is the sign of an instant classic.

For more from Half Waif head to her website: www.half-waif.com.