Nothing Wrong with Slow: Kyle Falzone Talks Slowed Down Creative Process and Self-Reflection

Kyle Falzone the artist and Kyle Falzone the skateboarder may exist in two extracurricular worlds, but each’s existence is integral to the other. Growing up skating in rural Gloster, Virginia, meant most skate spots had to be built and backyard ramps were a must. That’s where it all started for Falzone, who took to drawing ramp outlines for his yard as a young skater.

As Falzone transitioned from skate grommet to adult he continued to nurture his relationship with drawing and sculpture, using the funky people, places and things that he witnessed while growing up and skating, for material in his character-based work. “Most recently I’ve been leaving the figure absent and opting to create an environment that those earlier characters might exist within,” says Falzone. “Slowly this has become an even split between 2D, sculpture, and kinetic sculptures that tend to all be self-referencing.” 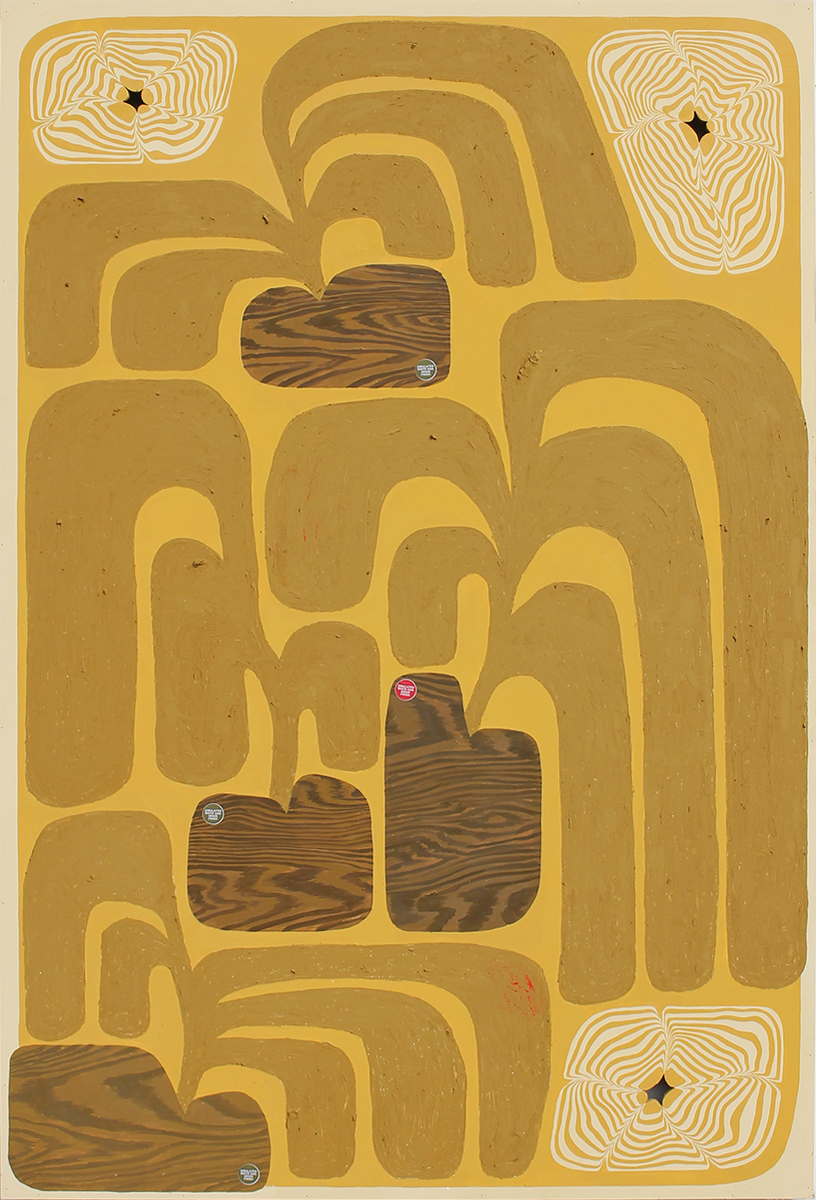 But skateboarding for Falzone has and always will be the gasoline to his creative fire. Falzone looks at his process and artistic toolbelt similarly to how a skateboarder would prepare to film a line. “You have a vocabulary of tricks that you are constantly adding too and a language surrounding those tricks that are unique to skaters,” explains Falzone. “My approach to art is similar in that I have an archive of shapes and symbols built up from over years that I’m always adding and subtracting from and that all have pet names—fingies, wigglers, spitters, spinners, funky bois, etc.—I usually combine new and old forms from this vocabulary to make my compositions. Always considering how one flows into another.”

Falzone started out how most of us do, taking what we are good at and running with it. He naturally took his skill of drafting and pursued a career out of it, for about 10 years, until the tortures of the job became too much for him and he decided to go to art school. Not fully understanding what medium he wanted to pursue, he was thrown into the art school fire. “I went in there thinking I was going to do graphic design, but then got drawn to sculpture and painting,” says Falzone. “I get to do whatever I want, and not just an assignment from someone else. VCU it’s like boot camp for art school, you try everything and then you divide your focus, which in my case was sculpture.” 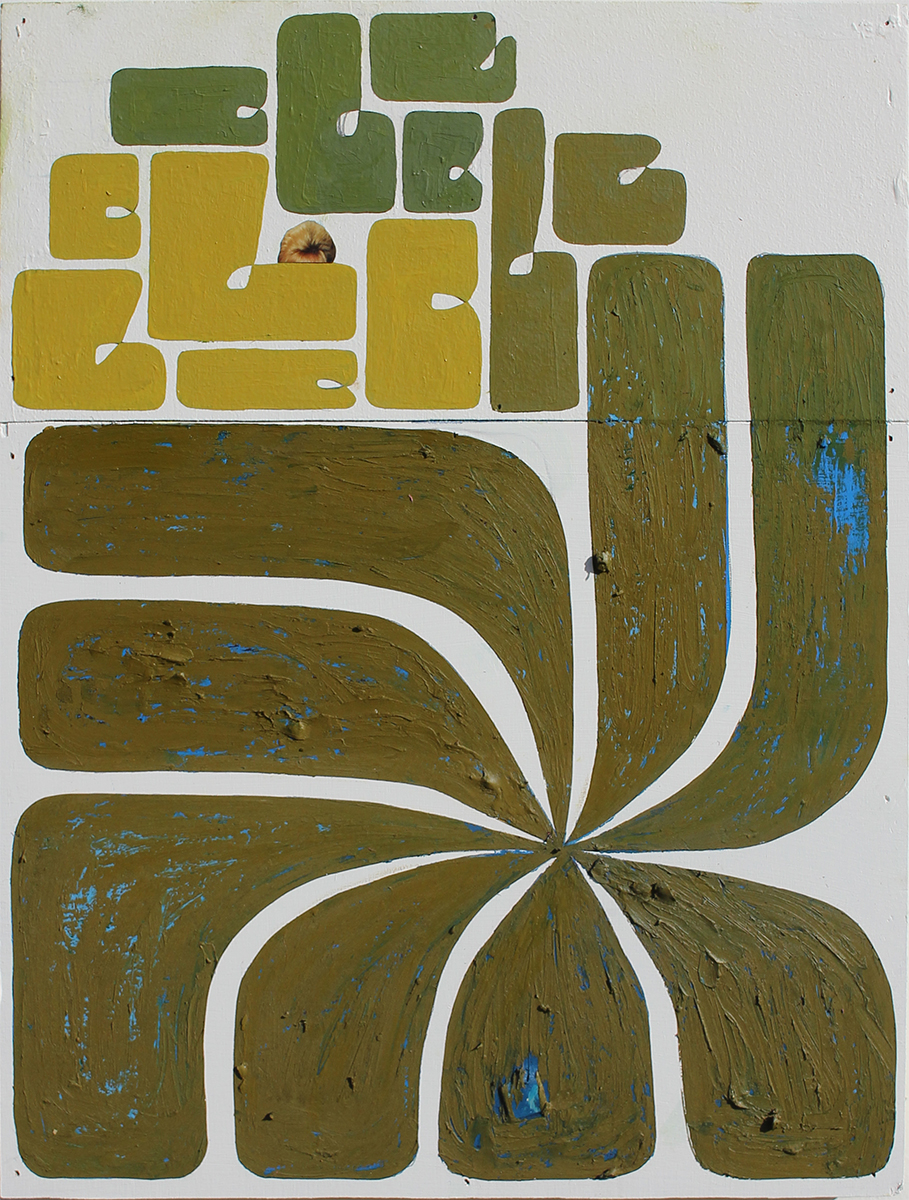 Since finishing school Falzone has really grown into his own personified style. Working with round wooden shapes, he creates characters that have a playful sense of humor to them. There is individuality in each, but still a sense of uniformity. He takes his time on his pieces and his process, not letting the fast-paced immediate reaction Instagram culture get to him too much. For Falzone, it’s a journey. “My work moves slow and is about processing influences and inspiration, self-reflection and having fun. Letting a piece simmer usually yields the best results. The process includes a lot of back and forth from physical to digital, and loss of information between the two over time seems to be important.”

Artists over time might struggle to not only stay relevant to the viewer but also creatively stimulate themselves. Some get so caught up in pleasing the masses that their work starts to deteriorate from its true self. Falzone doesn’t work to appeal to the masses. He works for himself and no one else. “I want to make something that feels authentic to myself and my taste first. How much fun I have in the process is what matters most and I get that from pushing different materials and mediums. Once I’m too comfortable with one, repetitive labor-intensive tasks for whatever reason bring me a lot of joy too. I think it has to do with the forced removal from everything except the task at hand that generates a blissful like contemplative state.” 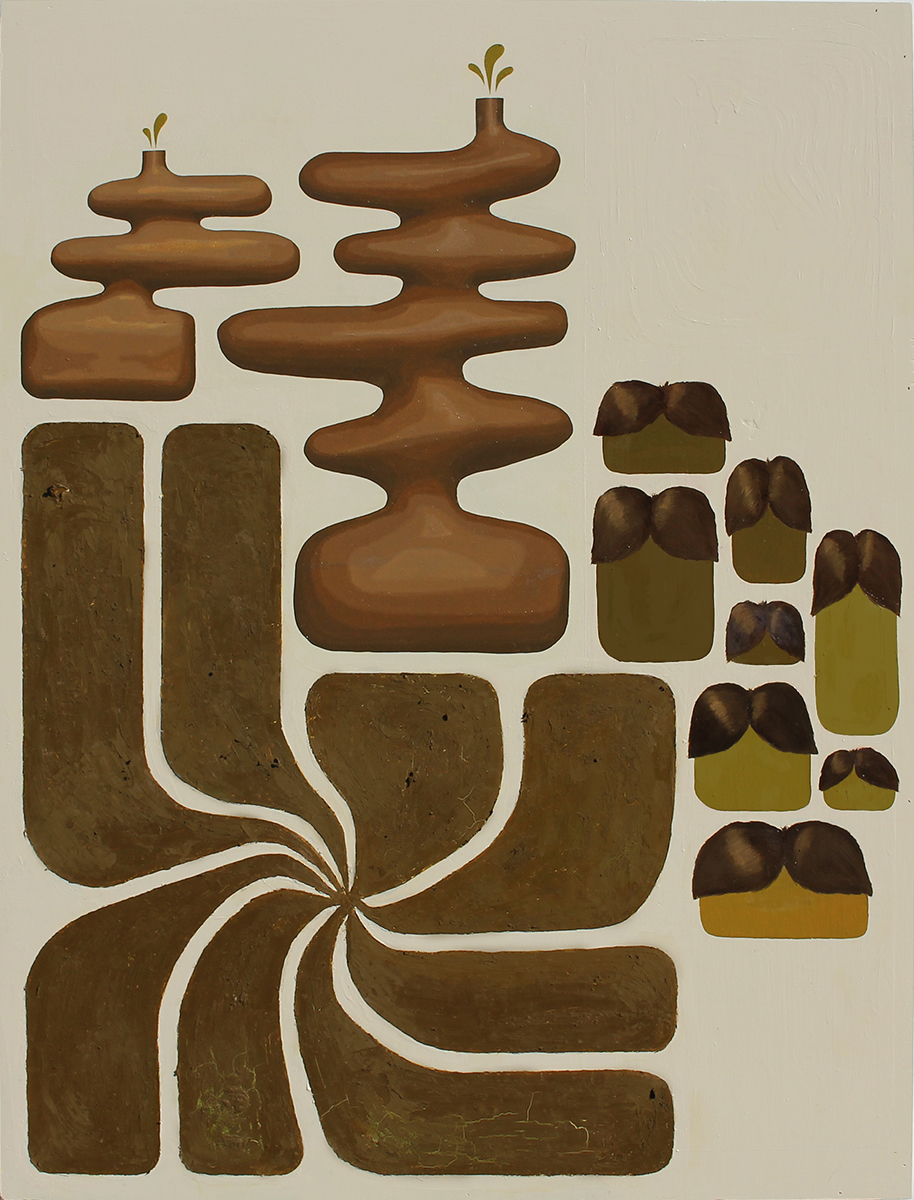 Outside influences, other than skating, tie back to fashion; old denim and custom clothing that has a sense of individualistically to it. “I love denim and small batch custom clothing because it is performance, craft, and visual art collaboration between maker and consumer. I have been trying to find ways of working that type of idea into my work and lately I’ve been using soft oil pastels, layering them up into these textures that I don’t think will ever dry. So they will continue to collect things from their surrounding and age in that same way that denim fades and shows a history of both the owner and maker.”

The future is bright and open for Falzone and he can’t wait to see where it takes him. With a few things already in the works for later this year and early next, there should be a lot more of his playful shapes and characters entering the scene.