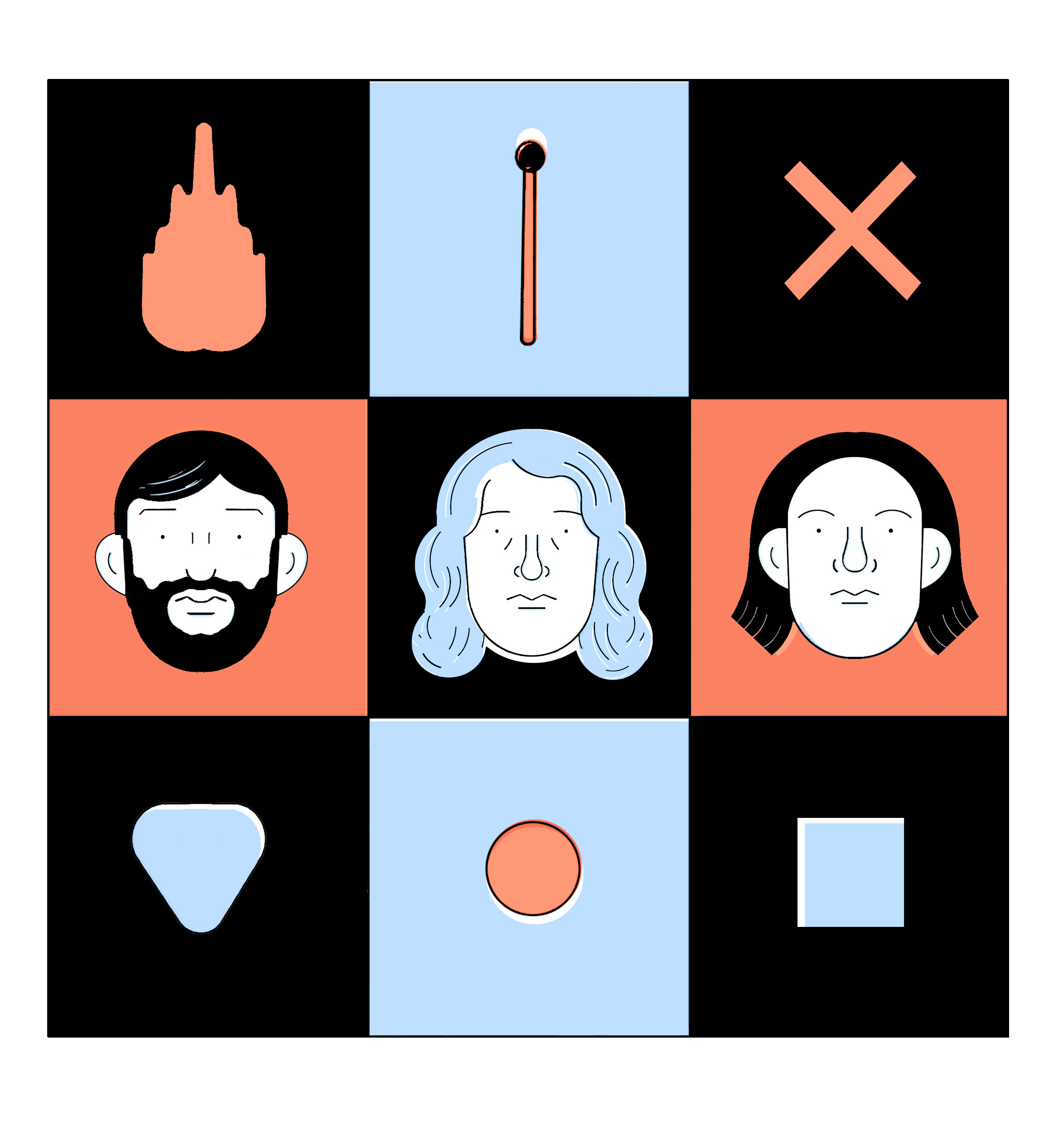 It’s mid-July and I think it’s a perfect time for all the weird to come out to play while the sun is still out. Tis’ the season for long nights in the dark watching too much TV and getting those trendy blood-shot eyes, right? YouTube will do ya’ good, too.

In honor of sleepless nights, watch Adult Books’ “Firewalking” music video, which is a cinematic delight and how we would prefer a song be put to film. The post-punk, Los Angeles-based band containing members Nick Winfrey (vocals/guitar), Daniel Quintanilla (bass), and M.M. Sina (drums) makes music that fills our intellectual minds with conspiracy, existentialism, and provocative thoughts, guiding us towards a classic way of viewing new wave punk. After releasing their first self-titled EP in 2012 with Lolipop Records, the band accompanied their novice bundle of hits with a complete album distributed in 2016 entitled Running From The Blows, and completely enhancing the listening experience; Adult Books truly extends themselves artistically. The music video not only draws comparisons in setting to some sort of Beetlejuice living room, it also strains all the straight-forward rules: eccentric and funky alien-like voices, red curtains, and rugged tuxedos glorifying the value of their cultured aesthetic.

Can we all agree to agree that Adult Books has stolen our boring, now fully-fueled souls with this visually appealing eight minute video? Okay, good. Creating perfect visuals isn’t the only thing they can do — drawing a crowd ever-so-easily while still owning every song with power, radicalism, and thrill promotes an energetic attitude, which has become the band’s reputation. Their track, “Casual Wrecks,” begins with a meaningful mood and speaks to missing someone so desperately, that it can be heard within the dreary guitars, saddening voice, and anticlimactic drums. The feeling of heartbreak is seeping through the punk kids’ stick-and-poke tattoos and letting us know that boys do indeed cry. Adult Books portrays the wants and needs of those infatuated with punk music as they strike the wicker of realization for those in a sticky situation through their simple, yet analytical lyrics that keep us fully engaged.

If you want to catch Adult Books doing what they do best then run on over to the Teragram Ballroom on August 4th to witness some magic happen — oh, and don’t forget to listen to their insanely punkcore record, Running From The Blows. It’s lightyears better than the shitty pseudo-reggae CD you picked up from some dude on the Venice boardwalk.