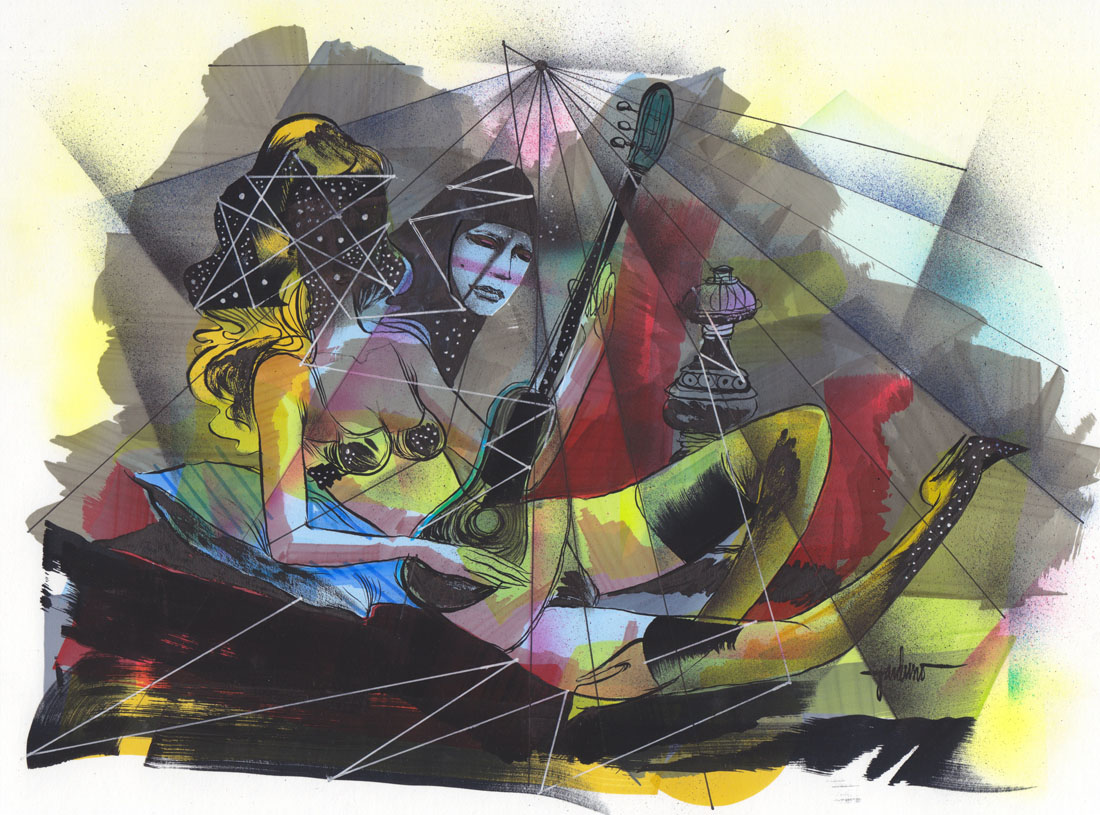 Ken Garduno can’t work in silence.  He’ll usually have some random movie he’s watched 100 times over or an episode of Seinfeld playing while he works at his studio space in LA’s Koreatown. Without the background clamor Garduno can get lost in his own thoughts, an overpowering element of his being that he immediately tries to quiet. But Garduno’s work – which draws largely from his surroundings, relationships with people and friends, and snippets of conversation between others- thrives on these weird notions that slip through his subconscious and end up in his paintings.

Tell me a little bit about your process.

I think I started my process, or the way that I got to this point had a lot to do with wanting to work quickly because I thought I was going to go into editorial work or something that would require a quick turnaround. I didn’t want anyone to know how quickly I was working. I wanted it to look like I took my time and still have a nice quality to it without taking a month to do a piece. I think of it as a chaos and order thing. I start with chaos and then bring a little order back, and push it back and forth.

Does your editorial work differ from work that you would create for a show?

I try not to differentiate my style when going back and forth between the two. When I am working for an art director and they give me direction, it’s cool and I work with it, but when I start sending work in and they start making all these corrections, I think it loses a lot of me and becomes forced. The successful editorial projects that I have worked on were very lightly art directed.

Have you found that people are usually willing to hand the reigns over to you?

A lot more lately. I had a lot more issue with that before. I am really happy about that change because generally now poeple come to me because they like what I do already.

Can you tell me about some of the projects you are working on right now?

The main projects I’m working on right now are character designs for a movie, but I can’t really go into much more detail about it at this point. 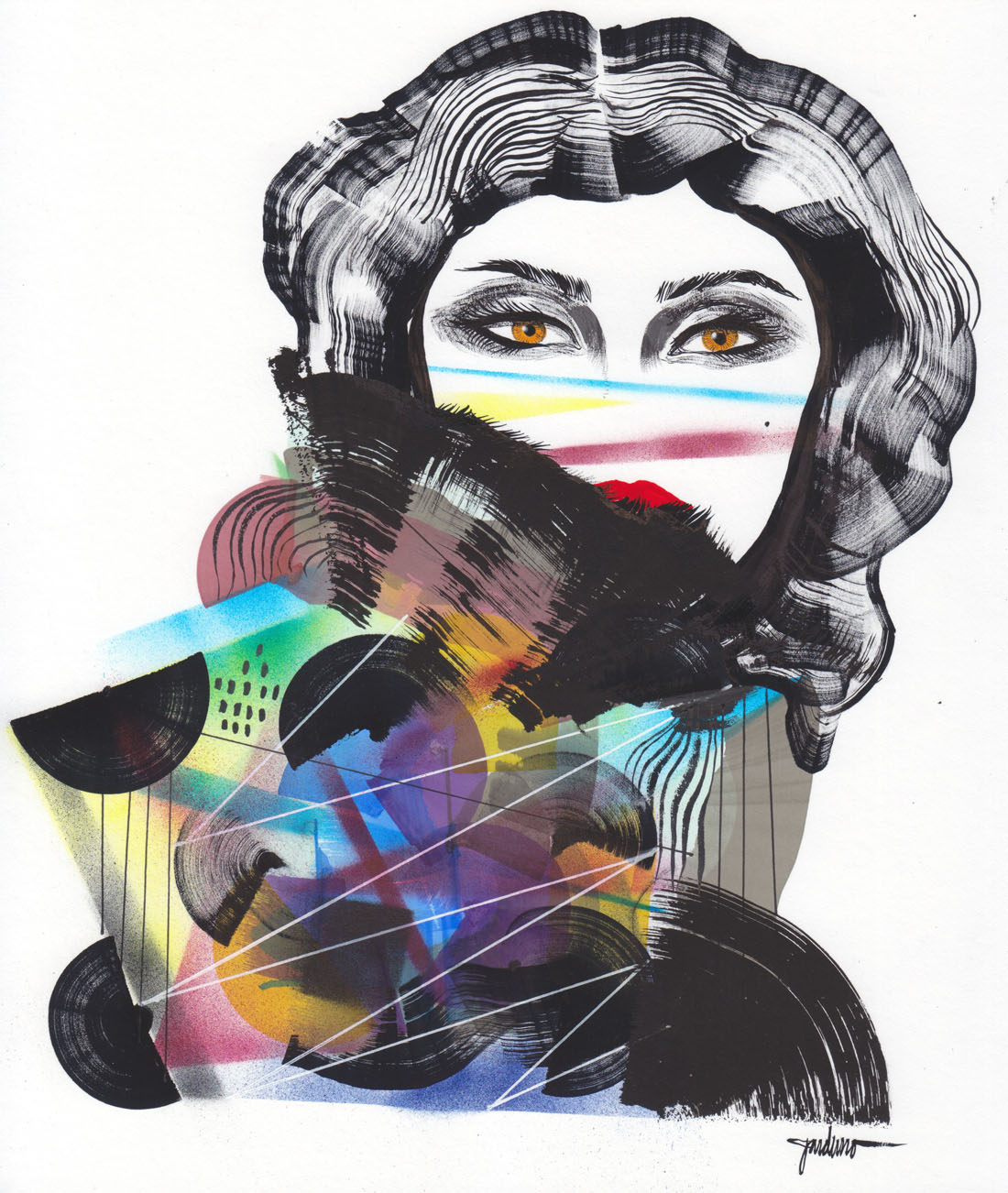 Is that something that you wanted to get into?

Yes, but I never thought that I’d be able to. I didn’t think that my work could function in that setting or be useful in that world. I’m a big movie person. I’ve always wanted to work in the industry somehow; movie poster design or whatever. A company that did movie posters once contacted me and asked if I wanted to work with them, and of course I said yes, but then I never heard from them again. There has been a series of those as well.

They just pull the rug right out from under you.

There have been a bunch of those in my life that were the most awesome opportunities where people ask if I am interested and I then never hear from them again. That’s what I was kind of expecting would happen with these two character design projects, but since the projects’ inception there has been great communication and the projects are set and going through.

How have you found doors have opened for you?

That I don’t know. It’s always been a mystery to me. I always try to put my stuff out there as often as I can through social networks, so I guess maybe that, but as far as where I should put my work up, or how to get it seen by the right person, I’ve never known that. 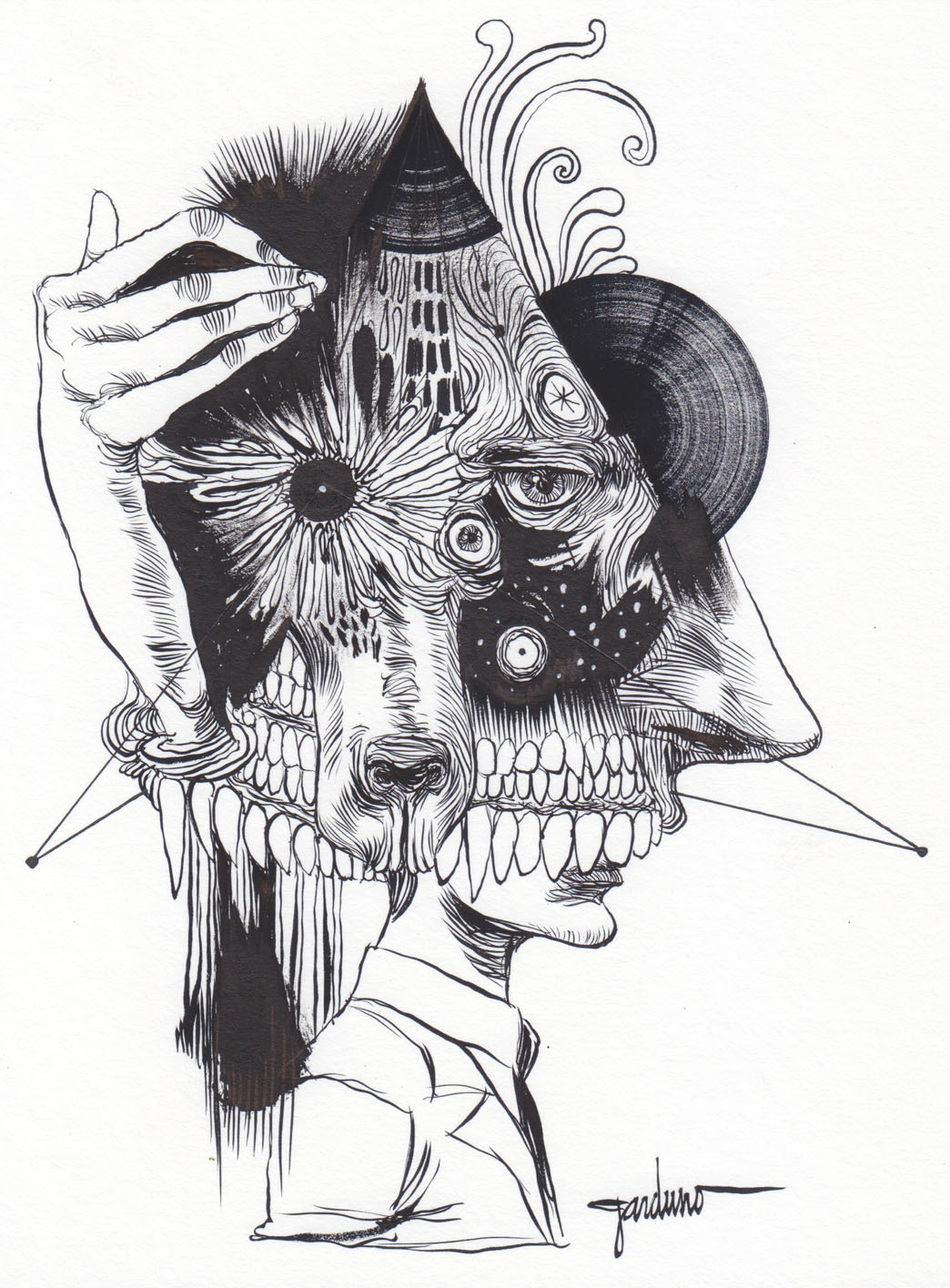 Seems like things have just been evolving naturally then.

It is, I wish it happened a little quicker though, because there were a lot of moments where I’ve sat back and wondered, ‘what the hell am I doing with my life?’ or ‘wait, why did I take this direction?’ But it all kind of makes it worth it for where I am now.

You mentioned you’re a movie buff; do movies influence your style?

They have to because that’s what I do when I am working. I don’t listen to music very often when I work. I usually have a movie on. It’s a weird sense of having company. I like working with other people in the room, but when no one is around it’s a way to have some sort of company. The quiet is too overpowering for me. When I hear my thoughts too much, I immediately have to try and find a way to quiet them down.

Your artwork’s subject matter deals with people and varying characters, where do you draw inspiration?

Well, it’s hard to remove yourself from being a person; just dealing with my own relationships with people and friends, and seeing other people deal with their own issues, there is just so much material to work with. Snippets of conversation, walking around, people watching. That’s how I fill my days so that’s all I want to draw. Inspiration is just everywhere and all around me all the time.

Los Angeles is such a great place for that.

Yea, I was in Venice Beach the other day; to me that’s one of the greatest places, because it’s a mix of so many different people from different walks of life. You have rich kids hanging out, tourists; it’s like a little circus.

I carry around this huge backpack, it is so heavy. I just collect stuff. I have bags and bags full of pens, some watercolors, and a little airbrush stuff. I like finding new textures and new pens that do new things. To me that’s my addiction. Things that I want to collect are things that make marks, pens or whatever that gives me a different result.

What do you want people to take from your art?

I respond better to people having or getting their own narrative out of my work. The work that I create is much more interesting to me when someone has their own attachment to it for whatever reason. Those are the best. When someone says that a piece reminds them of something else and they have to have it, I would rather have that, then just make up some bullshit reason why I made it. 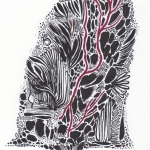 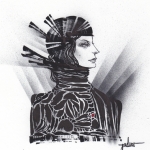 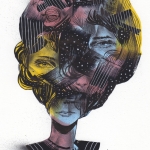 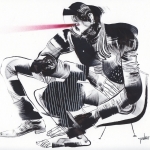 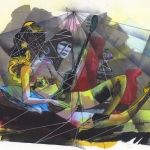 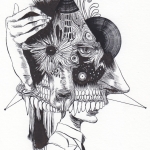 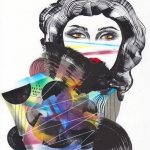 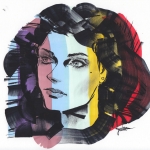