Mild High Club and The Tripsters: A Conversation with Alex Brettin

If “Tripsters” had or wanted a soundtrack to their lives, Mild High Club’s new LP would be it.

For days spent on the beach, relaxing, playing, drinking, and possibly toking, or even summer nights cruising down an empty highway with all the windows rolled down, Mild High Club brings hazy multi-layered sounds with socially conscious and artfully conceptualized lyrics. The group’s name came from founder, Alexander Brettin’s friend who mentioned the term in the past and it stuck ever since. To Brettin, the group’s title encapsulates more than one interpretation.

“A society of like minded international players or a collective community of nerdy trippy kids. Tripsters, I guess you can call us,” Brettin said. “A brainchild is a collage of everything being consumed and has been consumed and involves similar minded people that inspire and enlighten.”

Before touring and working with artists like Ariel Pink and Mac DeMarco, Mild High Club’s origins began with founder Alexander Brettin, who started his music journey at a very young age guided by parents with exceptional taste in music. Brettin’s childhood soundtrack included everything from Sgt. Pepper, Steely Dan, and the soundtrack to The Big Chill to various late 1960s to 70s and Motown artists. Growing up with those impactful musical influences, he then went on to play the flute for his school band in 4th to 5th grade and later studied jazz at Columbia College Chicago. The lead vocalist and multi-instrumentalist would later find that his music background and personal talents would allow him to gestate his signature sound including into his new record, Skiptracing.

“[The] last record hits on different concepts like modern day, internet age, angsty shit,” Brettin states. “And this one [Skiptracing] is more of a timeless investigation into past, present, and future explorations of what it means to be a songwriter.”

Skiptracing, which will be released on August 26th, combines Mild High Club’s trademark psychedelic dreamy rock and jazzy infusions with a post-modern film noir type of narrative set in Los Angeles. Intrigued? Alexander Brettin, founder of the collective, described wanting to create a record that was more detailed and conceptual than his 2015 release of Timeline which hit various modern social abstractions. He adds that even beyond the songwriting discovery aspect of the album, it exposes an important message of never losing the hunger for knowledge and deeper life and social lessons.

The album title, Skiptracing, was inspired by XTC’s Skylarking as well as his own experiences, ideologies, and knowledge on post-modern imitation art and French New Wave films. The term “skiptracing” means the act of locating a person’s whereabouts for whatever reason it pertains or relates to. Perfectly coinciding with his fantasy of being a Los Angeles based film noir detective or private eye, Skiptracing culminates into the now highly anticipated album.

“It’s meant to be listened to as one long song,” said Brettin about the new album. He wrote the first side of the record almost entirely chronologically and recorded it at a studio in Oakland, CA where he also finished writing the second side. He then mixed and tuned the upcoming album’s sound in Air BnBs in New York and added in “emailed-in drums from Chicago-a very continental recording.” Skiptracing reads or rather listens as a flowing anecdote about investigation and discovery. Brettin called the unique LP a “full on audio painting.”

“Hopefully we will be playing to a stoked crowd,” said Brettin in anticipation of playing in Los Angeles at The Echo on August 30th. “I know that the performances are going to be off the walls. It’s a crazy lineup that I put together with my manager.”

On top of a home based venue line up, Mild High Club will be touring nationally and internationally until December. He will be visiting not only countless cities across the States but also several cities in South America and Europe including Buenos Aires, Berlin, Paris, and Amsterdam. Although the musician does not have any particular expectations from the crowd itself besides hopefully them enjoying themselves and maybe getting a kick out of the name, Brettin reveals that the fans and audience members can expect new songs, longer jams, maybe a longer show even, him playing keyboard, and “more trinkets,” as he vaguely teases. Mild High Club’s tour dates and information are available through Stones Throw as well as the new LP, Skiptracing, which will also be purchasable through iTunes on August 26th. 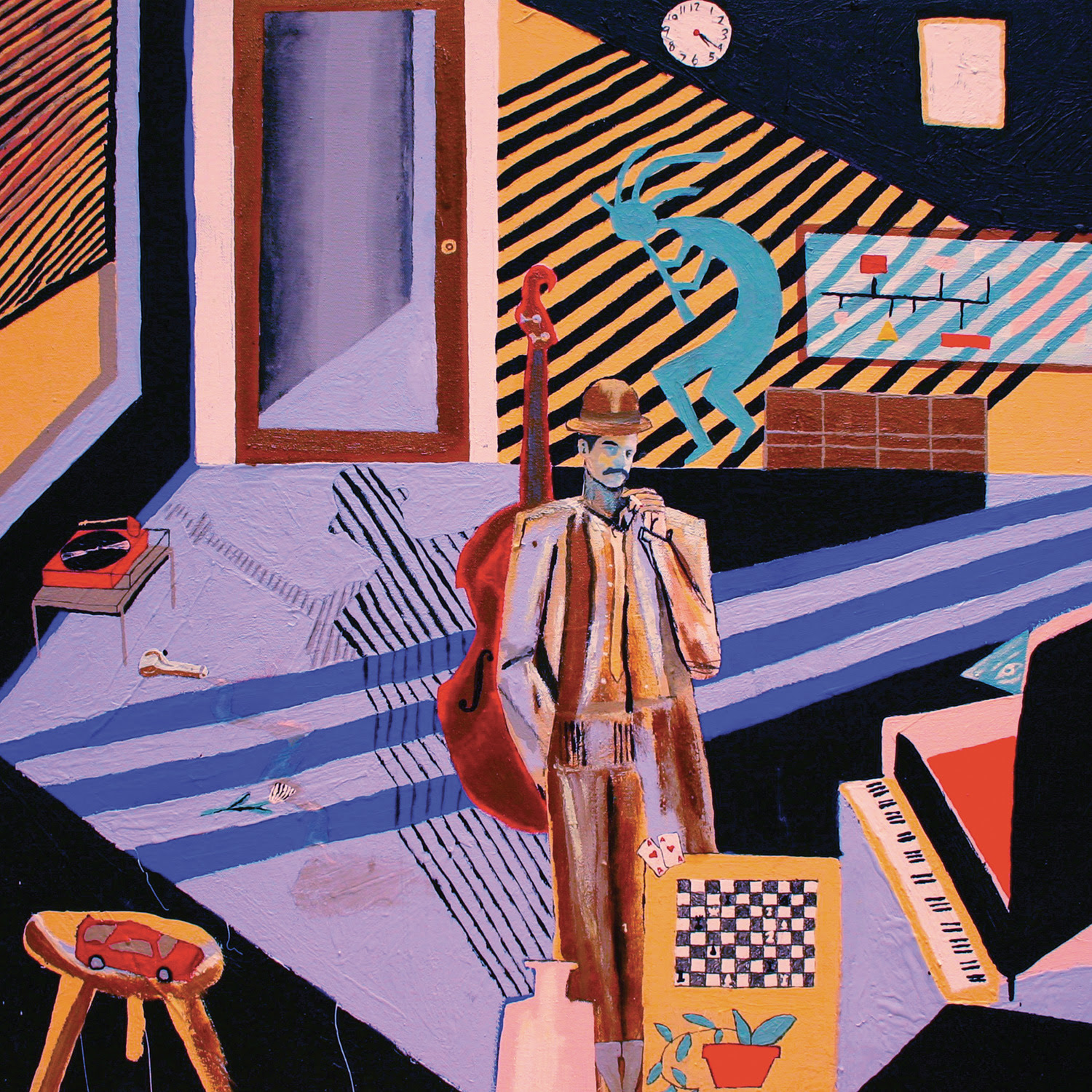