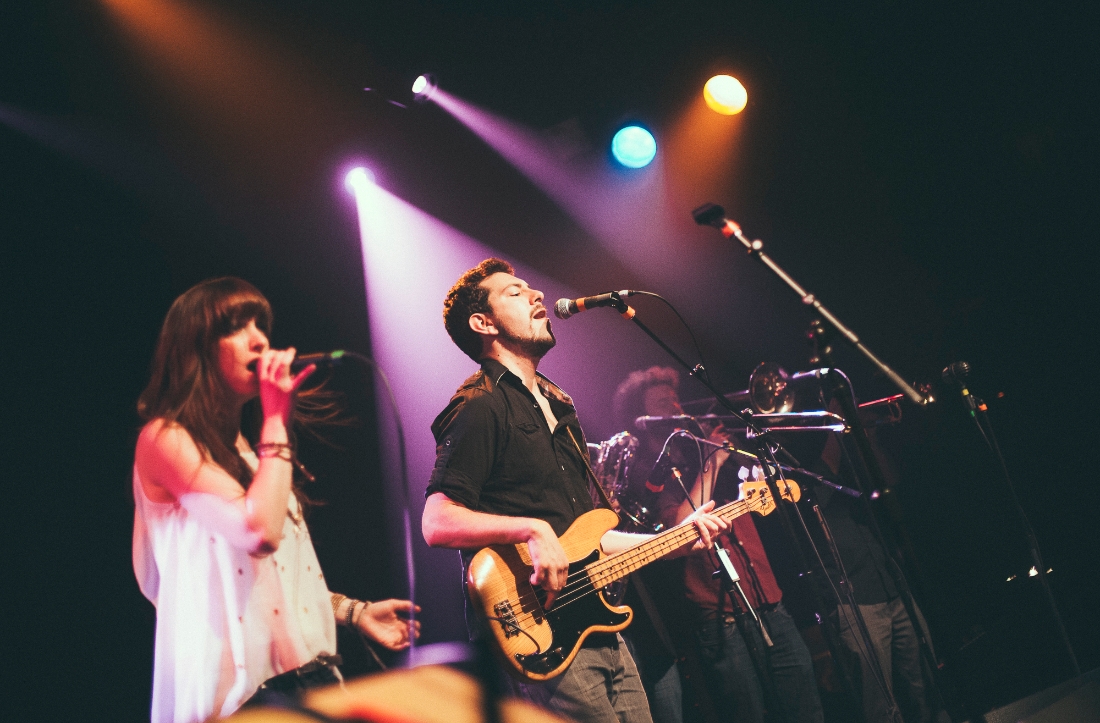 Sibling nicknames often stick for too long (visions of “Bubba!” yelled across the office). For Arleigh Kincheloe, “Sister Sparrow” was a lucky draw, now a nation-known name screamed by thousands of fans. Backed by her six-man flock, The Dirty Birds, Kincheloe crosses the bridge between soul and rock. “I like to think of it as hard soul—there’s that bit of edginess,” she says, a modest explanation of the kick-ass power-soul troup.

We spoke with Arleigh from her location in Minneapolis, after spending a lot of time in the van. She’s grown into the touring life, finding peace on the road and in-between tours.

I grew up in the Catskill Mountains in upstate New York, then I moved to New York City—it was so different. I think New York inspired my work a lot; the lifestyle, the surroundings and the environment are so inspiring.

My brother and I grew up in a very musical household—our parents were always in bands. So we kind of grew up around it—I was singing with the them by the time I was nine. A lot of my influences, besides just my parents, were the music that they would listen to and still ring very true to me: Bonnie Raitt, The Band, Little Feat.

As a band, we talk about and admire elements of a stage show. We love how Bruno Mars and his band do their whole thing; they have a very active and fun presence onstage that encourages the audience to get into the performance. That’s something we as a band have started to collectively get into. We want to provide a big sound while on stage, similar to how Tedeschi Trucks Band is during their performances.

The seven-piece musical powerhouse is constantly on the road, having played nearly 450 shows since 2011 and opening for a long list of tremendous acts like The Avett Brothers, Fitz and the Tantrums, Counting Crows, and Dap Kings, so we picked their brain about life on the road and what they listen to as they pinball from one city to the next. Here’s a curated playlist from the members of Sister Sparrow & The Dirty Birds.