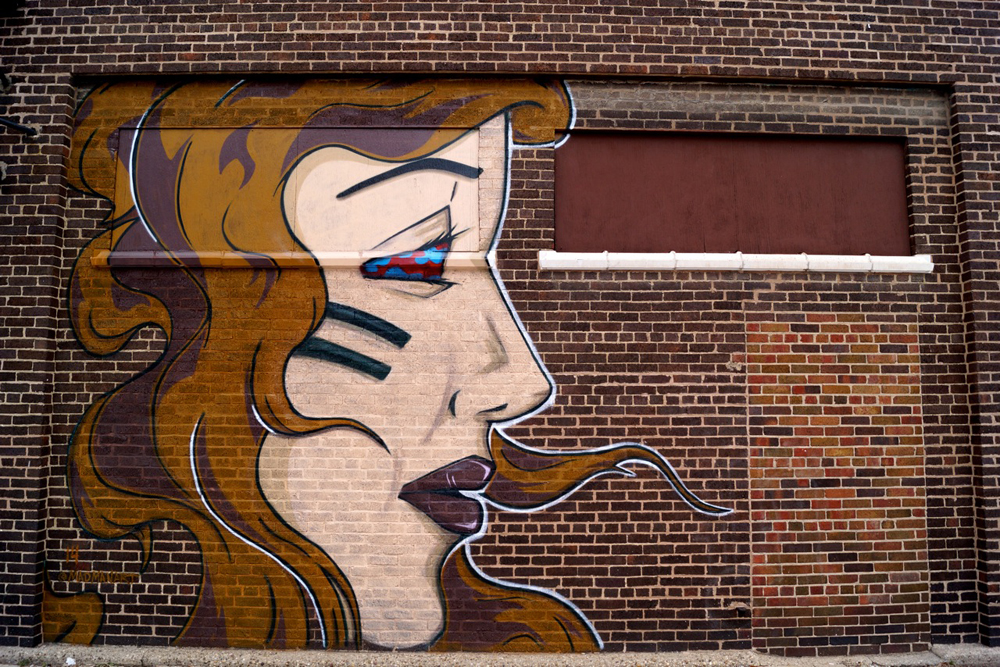 Growing up in a working-class household in Phoenix beset by little artistic inspiration, MadMan ‘MDMN’ often escaped into dream visions of Sci-Fi channel shows fueled in equal measure by off-brand action figures with interchangeable and colorful arms and legs. His childhood obsessions lead to a life of creativity for the graphic designer turned street artist, who, since moving to Los Angeles three years ago, has painted grandiose murals of sci-fi style characters – vibrant robots and women with helmets on or with lazar beams protruding from their eyes – all over Los Angeles, collaborated with muralists throughout the country, and plans to show at his first exhibit in New York next month.

MDMN has a working motto of creating for himself without falling way to worrying about what category his art falls into. MDMN has evolved from a LA transplant throwing up stencils and wheat paste posters on West LA streets to doing some of the cleanest building-size murals in LA, Chicago, and Miami. The talented artist took some time with Amadeus to talk about staying true to his art despite pressure change and working with other artists that share his creative mentality.

How did you end up in the streets doing art?

I moved to LA about two and half years ago to change my life and started out taking pictures of all the art, before actually doing it myself. It was sort of a release for me because I didn’t know anyone here; I could connect with people in the street. I originally was putting up these Obey style posters off of rooftops. Nothing like what I am doing now. You have to start somewhere you know. I had a corporate job, but would go out every night and get up to any mischief I could. I felt it to be a calming thing even with how exciting it is to be on a rooftop at 3 a.m.

How did you meet other artists?

Eventually some street artists caught wind of what I was doing and invited me out to art shows to connect with other people. This was after six months or so.

LA has kind of become a huge destination for street artists.

I think it’s just the mixture of street art and graffiti that you get here. There’s a great balance between the two that makes LA really unique.

Are artists open to collaboration?

In one respect yeah, because you are all kind of on the same page. When I got into it I really liked the revolution side of things, like we’re going to go out there together and get up. I think it’s a really cool thing when you meet people that are doing it for that reason. But there is also this competitive side of street art and graffiti that you kind of realize once you get into things. I think it’s because LA has so much pride for being Los Angeles itself, so me being a traveler and transplant here, I kind of see both sides. The people I collaborate with are on the same page as me, but it’s definitely something you have to grow into.

You’ve only been at this for a few years yet you’ve done some big things. Your murals can be seen throughout LA and in many other places around the country. What do you attribute your successes to?

Waking up every morning, and just being able to believe in yourself and your artwork no matter what anyone says. Because surprisingly there’s a lot of potential here to throw you off course, but I think just sticking with it and doing what you like to do is the main power in my career so far. Having the mentality of, ‘oh I like this stuff and I’m going to put it out in front of everyone, and I don’t care what category it fits into or if I get up legally enough.’ It’s just kind of, ‘hey I’m going to do it this way and I’m going to keep repping it everyday.’

You can’t worry about what other people think.

Yeah, anything I have accomplished is because you just do it for yourself. At first you worry about what everyone else is doing. Or you’re painting with people and you realize that they are doing it one way so you start thinking maybe you should do that, but one day you kind of wake up and say, ‘I’m going to do something I want to do today.’

Has your artwork always been largely influenced by comics and action figure style characters?

Yeah, I grew up on the poor side of things and my action figures and trading cards were always off-brand, you know anything I could get my hands on. It didn’t need to be the newest Marvel toy; I wanted changeable parts and colorful actions figures. I was also into graphic novels and would watch the Sci-Fi channel all the time. The weird awkwardness of an old Sci-Fi channel show; it all kind of sparked my creative side.

But it took me a while to really express myself that way. What I started with in street art has nothing to do with what I do now. I really had to push myself to expose myself like that. It took me going back and saying, ‘what do I really want to do here?’

So how did your art evolve to what it is now?

I kind of took two months off after creating some wheat paste posters and in the meantime was just drawing a lot and kind of watching what I was drawing naturally. It was all these monster type things with characters inside them and coming out of them, and it kind of just led into this whole sci-fi thing that I didn’t even know I was doing. I started to see a lot of characteristics of sci-fi art in what I was drawing. It was kind of cool to see I was drawing something in a category like that naturally.

There’s an art show you have coming up next month in New York, how have you made the transition into gallery work too?

The gallery stuff has always been kind of weird to me because it always seems so contemporary or abstract. I’ve always been the dude sitting in the corner drawing characters and chicks with helmets on. I’ve just told myself that I have to keep building and whatever opportunity opens up, keep going with it.

Leba; great mind, great spirit. My traveling buddy, Look At Art – Jake Martin. He’s in the show with me in New York, we just got back from doing a piece together in Chicago and he’s gone with me to Miami as well. What I look at day to day is everything though. Who is doing what? What classifies an artist into street art or graffiti?

Why do you think you and Look At work so well together?

We were like instant brothers. We both came to LA a few years ago to change our stars, so we have the same mentality and mindset as far as what we’re doing and creating every day. We kind of grew out of street art together. We push each other with nothing but positivity. He’s one of the only people here in LA that hasn’t changed with regard to what he wants to do and where he’s going.

For more from MADMAN check out his webiste. 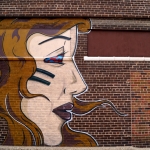 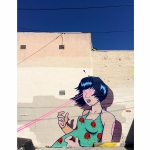 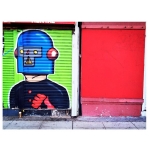 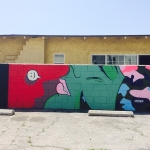 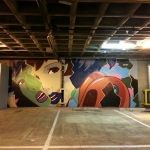 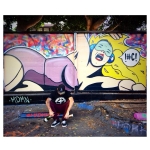