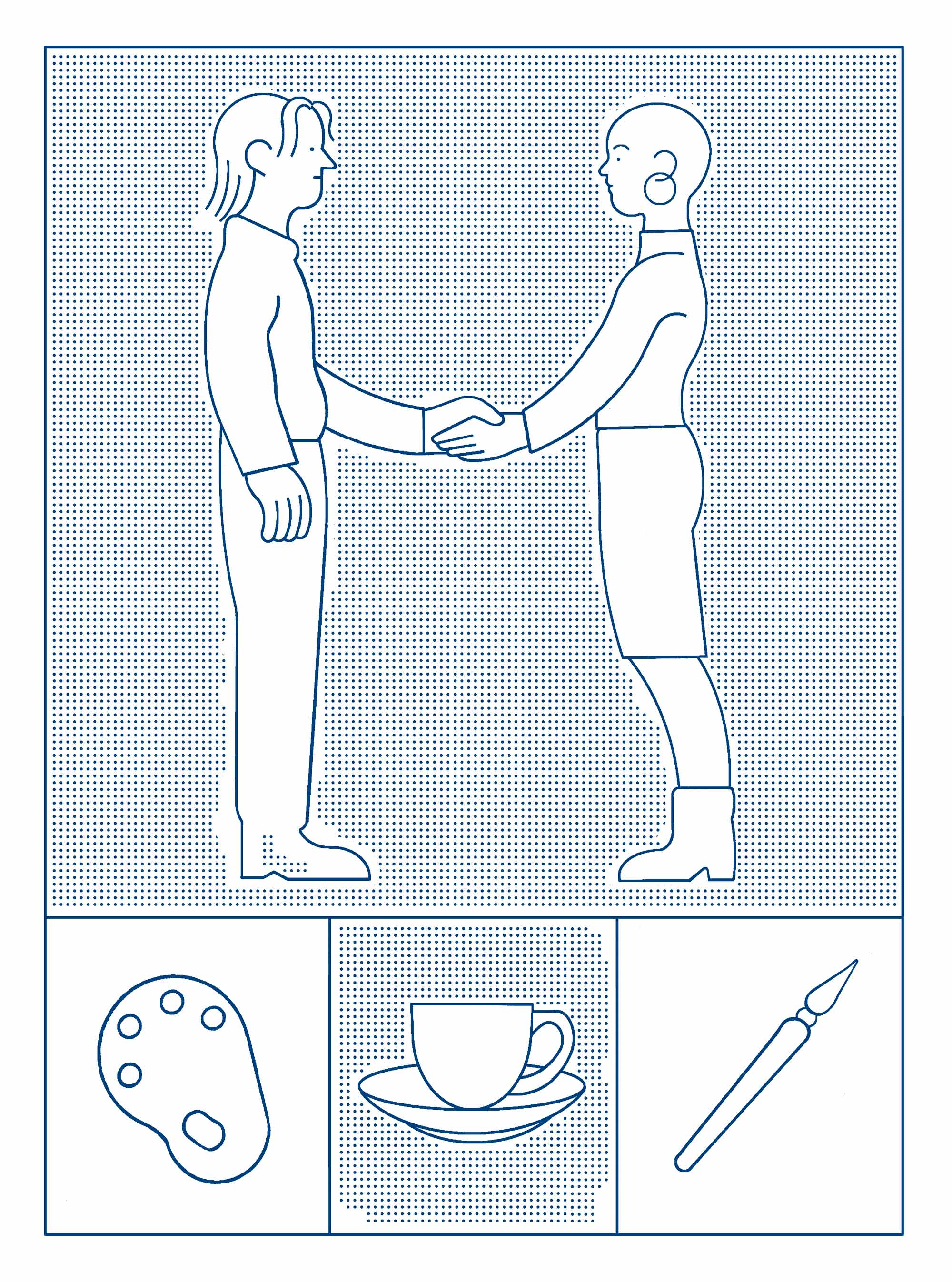 When A Studio Visit Becomes A Studio Date

As a working artist getting your work known in the art world or a particular art market can rely heavily on the process of acquiring studio visits, which also means you will most likely be visiting quite a few artist studios as well. A lot of times this is also done for camaraderie among artists and as a way of having a social life. Sometimes these social interactions can result in some pretty heady relationships, and can even turn into something very intimate.

At a recent studio visit, I was asked to meet an artist, not in her studio, but rather at a coffee shop. I am myself no stranger to studio visits, so when approached online by a fellow artist to meet with her in this way I thought nothing of it. The request to meet at a local coffee shop didn’t set off any alarms as she had recently been injured and didn’t want the “temptation” of being in the studio. I didn’t realize until I was approaching said coffee shop with my partner that the whole situation had the feeling of meeting someone for a date. It wasn’t until my partner hipped me to the idea that I realized this; maybe because it was one of her first studio visits. Post-visit I felt ridiculous for not having realized this notion before and began recapitulating over several past visits that either I had received or been a part of. I quickly understood that this had happened to several fellow artists and myself many times before.

I thought back to other out-of-studio visits and in-studio visits featuring little to no work. It had never occurred to me in this way prior because, as I said before, artists often meet up simply for connection and communication purposes. But you never really know the intention of another, even if the connecting excuse is art. You can assume your studio visit may be turning into a studio date when you pick up on certain things like the suggestiveness of the vibe and appearance of the studio and its keeper; or when conversation is quickly steered and concentrated on getting to know one another personally rather than artistically, and there are moments of deep sparkling stares into one another’s eyes.

I know this has happened to several people working in a similarly creative realm, whether it’s musicians, designers, or even game developers. When you open your workspace to unknown individuals, only knowing one another through your work or some online communication, you can easily allow for any form of relationship to bloom. Once I opened my eyes to this reality I began to recall a plethora of connections I had seen develop over my years as an artist and was blown away by the number of times I had known this to happen or didn’t even realize it had happened. In fact, the studio was exactly where some of my strongest and most long-lasting relationships had started.

What was even more interesting to me was thinking about the intimate relationships developed or perceived by one or both of the parties involved. Sometimes it is just the visitor or the visited who are under the presumption that something more than getting to know each other’s work can happen, but sometimes it’s both individuals that perceive something may unfold past friendly conversation. And of course there is the chance happening of getting engaged in the studio visit and realizing then that the other person could possibly be a dating option. I also remembered stories I had heard of or had been far too close to, where the visitor was not a fellow artist, but simply a fan of one’s work: a collector, or a dealer, or a gallerist who was using the opportunity to try and get some. Whatever the case there are overwhelming precedents for this theory.

Don’t take this as a bash, after all my partner and I met on Instagram, studio visiting in virtual reality. I only bring this to light so you yourself can make the best impression on your next in-studio or out-of-studio, studio date.