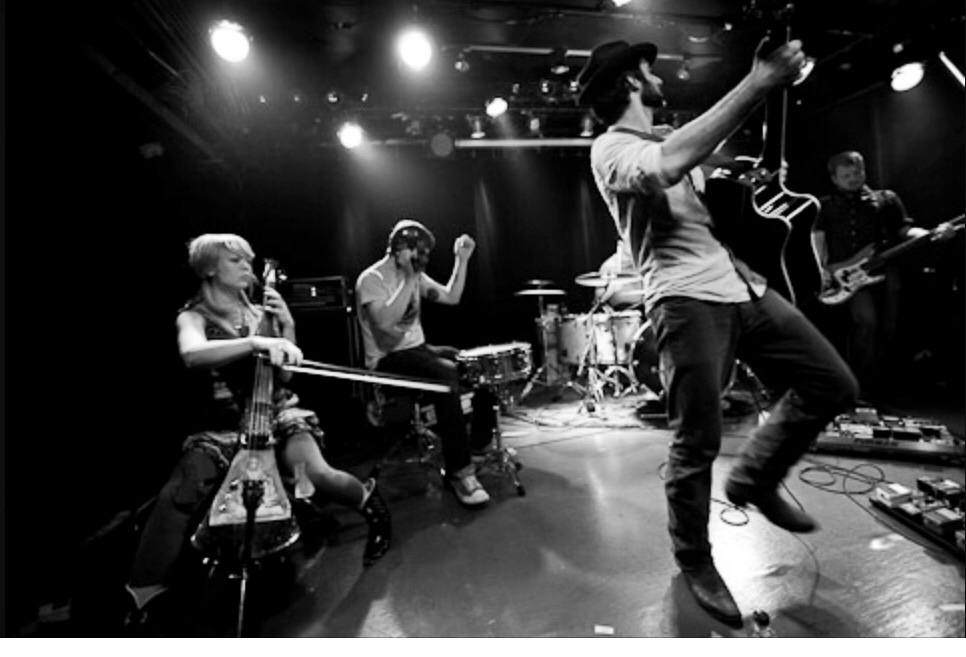 It’s obvious that Austin, TX takes the cake for Live Musical Capital of the World; just reference their official slogan and the two names will become interchangeable. From the hailed Austin City Limits to the industry-driven South By South West, the continuously culturally burgeoning city’s plethora of musical acts, genres and eclectic mixture of both visual and music artists remains one of the most sought out attractions. With the 10th anniversary of the genre-diverse Fun Fun Fun Fest a week and half away, amadeus got the chance to talk to some of our favorite acts that will be taking the festival stage, including our the genre-bending fivesome, Murder By Death.

Some say Murder By Death is a goth-country band, an Americana group, or the range of genres that lie in between. In the group’s opinion, they are what they are at this moment. Producing music to fit the liking of their own sonic interests, the band has found devoted followers that appreciate the diversity of each song and album. Between Sarah Balliet’s electric cello and the gravelly rasp – verging on that of Mr. Cash’s – of lead singer, Adam Turla, the band has vastly honed their sound, creating without a perfect methodology, and relying on the spontaneity of moments that only come about when friends are sitting around jamming.

With well over 1,700 shows under their belt, Murder By Death put some time aside from their busy schedule, to talk to give amadeus the low down on their expectations for the undoubtedly fun weekend at Fun Fun Fun Fest.

Create your own acronym for Fun Fun Fun Fest. What are three F adjectives to describe your own expectations for the festival weekend?

We will be the Five Frolicking Fuckers at Fun Fun Fun.

Who are you looking forward to playing with during this weekend? Any groups that you are excited to see perform?

What are your pre-show rituals? Are you guys listening to music, etc?

Pre-show ritual is a small glass of whiskey to soothe the jitters and get loose. It’s always nice to see friends before a gig too.

Anyone that’s has listened to MBD knows your albums has encapsulated a plethora of genres. So, what can the audience look forward to hearing? Music from your most recent album, Big Dark Love, music from your older albums, or a little mix of everything?

We do a nice mix of old and new. It all sounds like MBD and fits into the MBD world, just put through different filters.

Tell us about the most memorable stage moment Murder By Death has experienced.

We have seen it all! Disastrous drunks, wedding proposals, fights, people climbing the rafters.