Bijan Berahimi: The Creative Jack of All Trades (And Master of All)

This feature on Bijan was originally published in Issue 18. You can order the issue here.

Bijan Berahimi glows. Or he did when I first met him at a new zine festival in 2012. In crowded corridors, on stuffed tables, he sat with royal blueprints of clean abstractions made of scratches and rocks surrounded by a thick white border. For some reason, on that sweaty day, I sat down next to him and his friends and I quickly felt like one of them. Bijan has a curious way about him with obvious joy, general aloofness, and a peculiar yet friendly demeanor.

I met him after I’d just graduated college and he was still in art school at the California Institute for the Arts, known colloquially as CalArts. At the time, in its earliest incarnation, FISK was already happening. This was 2009. In this incarnation of FISK, he and his friends were curating a website to showcase current student design work from around the world. With those connections, he started the first FISK publication as a collection of works under a theme for each issue (e.g. ‘Mayan Apocalypse,’ asking people to contribute a visual work and to “supply [FISK] with one sentence of how you would spend December 20, 2012. If, hypothetically, we were all going to cease to exist the following day”). He co-founded the CalArts Book Fair, held a funeral for FISK and then graduated. Immediately after this, he worked for Brian Roettinger and after a short while he moved to Portland and began working for Nike. In 2014, he left Nike to work freelance and to resurrect FISK as a gallery with Michael Spoljaric. In 2016, he started his own design firm also named FISK. And a few years after that, he’s in the issue of Amadeus Magazine that you’re reading now. Hello reader. 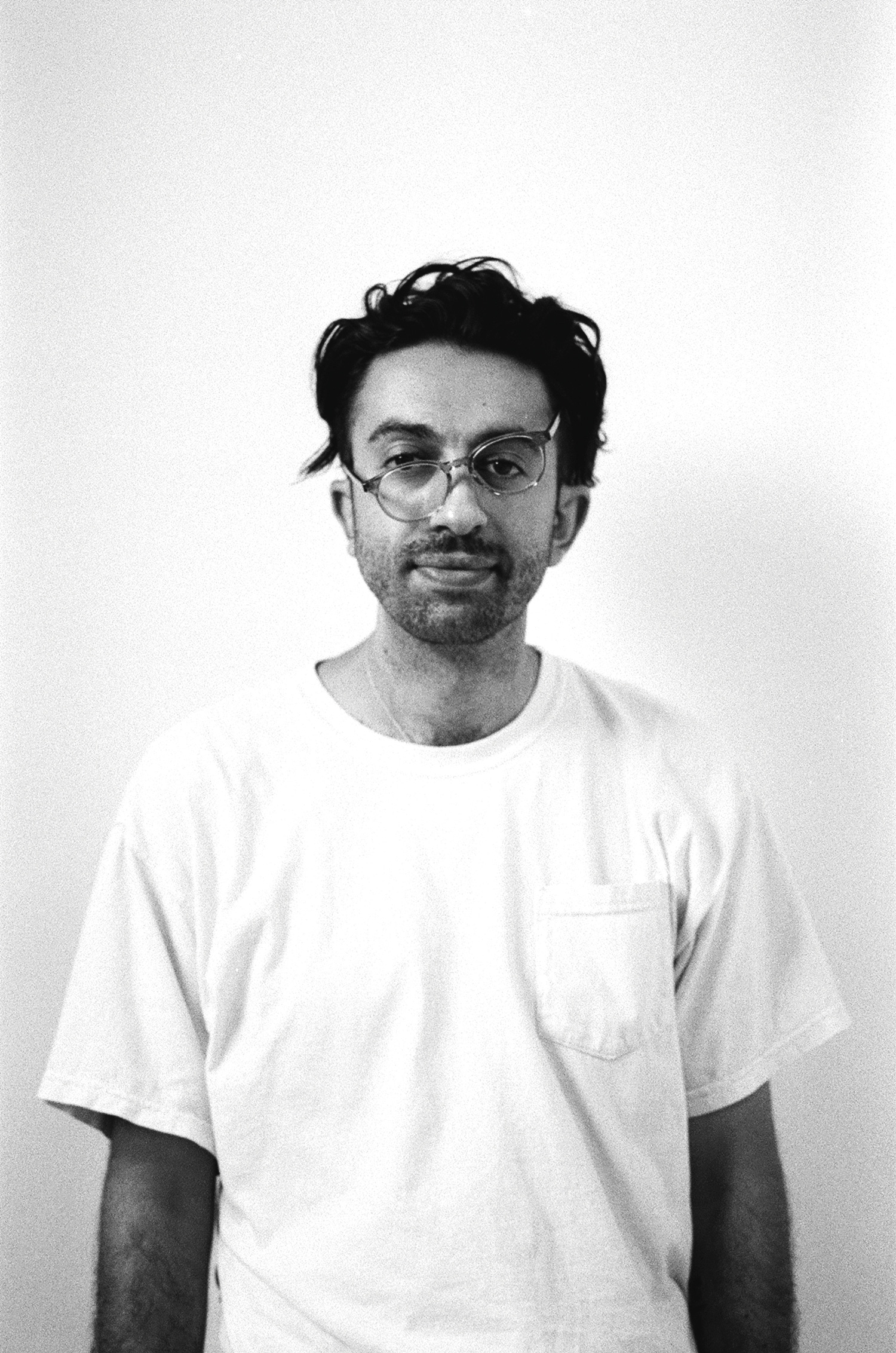 When did you know you wanted to do something like what you do now?

I think I’ve always had this urge to make something from nothing, and I still feel that to this day. There are things that may be out of reach, and some things that are within reach.

The new space we’re in right now defines what I’ve been trying to do with FISK for the last ten years. There was a moment where I was waiting on the lease papers from the landlord. I was in the car with Abby [Morgan] and I was thinking, I don’t have to do this. I don’t have to take this huge undertaking of work to rebuild a space. Figure out what to do with this floor plan. Get furniture. Do programming. Have the ambition to hire people and get more work and be able to fund this project. There was this moment where I stopped and I thought: I don’t know what I would be doing or who I would be if I didn’t say yes and if I didn’t keep trying new things.

The role you’ve created for yourself is specific yet malleable. How does what you do differ from what you thought it’d be like?

I had no idea what it was going to be like. I think that’s part of the reason why I’ve been able to do what I’ve done—it’s because I haven’t thought about that. The only way that I’ve been able to take these risks is by going in blind. And I think there’s some strength to being able to kind of know when you need to stress and also have some confidence that you’ll be able to figure it out when the time comes.

If someone was transported into your body and given your life tomorrow, what part of your life do you think would surprise them most?

That’s a crazy question. [Laughs] I think of how many different things I do in a day. I’ve really conditioned myself to be able to do such a variety of things in a day. And I’m not saying I do them very well, but I have to able to keep my practice afloat by juggling a dozen different things.

I have a really high quality of life that allows me to put everything into my work, and I sometimes have to remind myself of that. [Abby and I] live 0.3 miles away from the studio, and I have the cutest dog and we walk to work every morning. I have tea and toast in the morning and it’s a beautiful tree-lined walk in the neighborhood and there are beautiful flowers and lavender and rosemary and sometimes chickens and lots of squirrels and cats and birds. I think as much as I work, I think I’ve set up my working day to be quite pleasant, so I think if someone was dropped into my body, it would be equally like, “Oh! This is really nice!” and, “Oh fuck. There are like twenty fires in this one building and I have to put all of them out.” It would be kind of confusing. 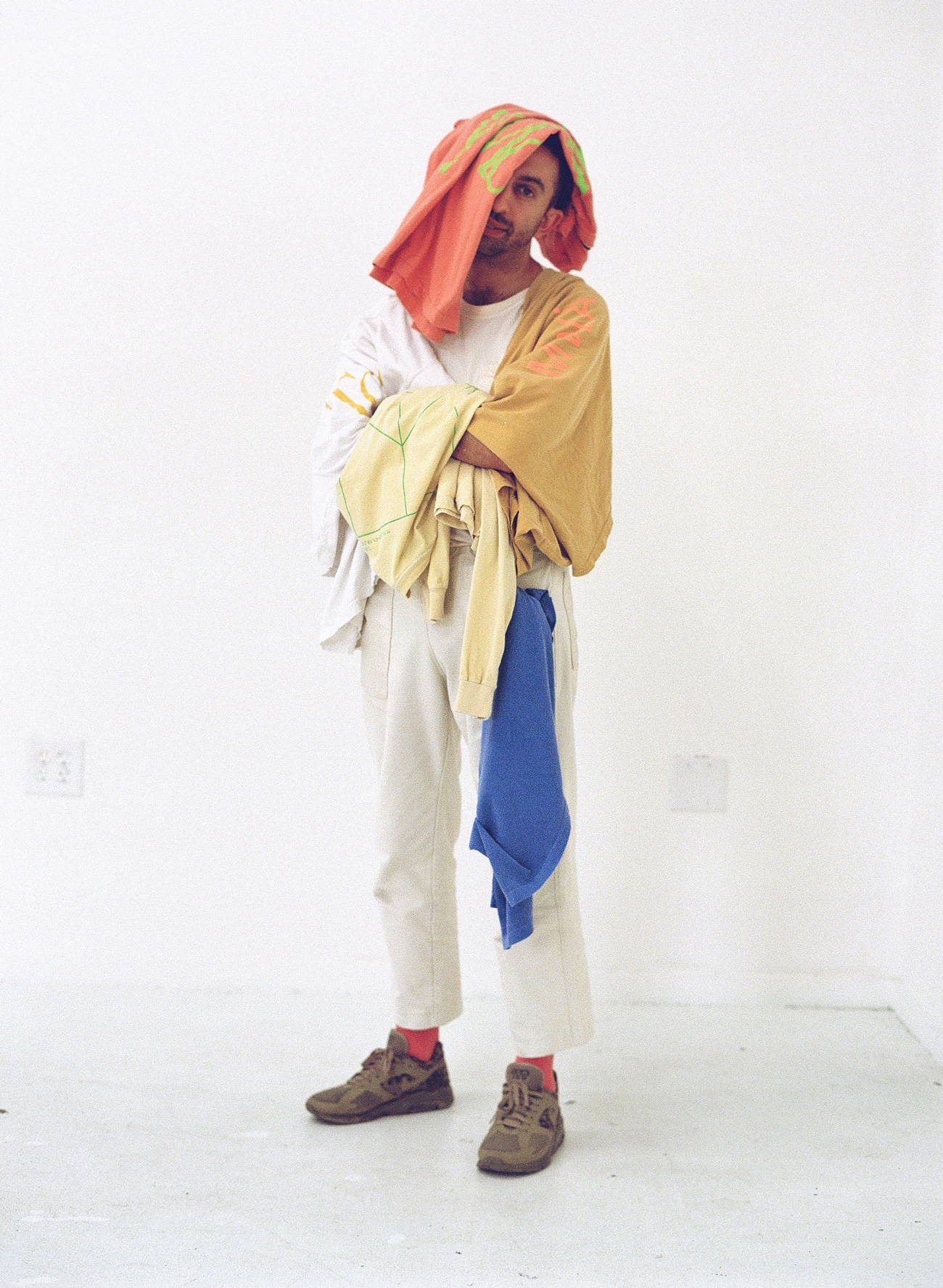 In all of FISK’s forms was there an unexpected joy you’d like to talk about?

The party and social aspect of FISK was something that I didn’t intentionally plan. Looking at it now makes a lot of sense—growing up in an Iranian household, hosting is a very important part of the culture. I treat FISK like having family over. You want to make the best possible experience for them. It’s kind of a selfish thing in Iranian culture. [Laughs] It’s a little bit show-off-y. It’s a little like, look at how many desserts we have, how many different kinds of tea and coffee. But at the root of it, it is very much about warmth and being welcoming and making people feel comfortable and I think now I see that association with my desire to host.

If someone wanted to engineer their life to be like yours, where should they start?

Find something that you’re passionate about, that you wouldn’t care if you did for free, for yourself, for ten people, for fifty people, for a million people, for four million dollars, or for nothing.

I think the reason why FISK is FISK, is because it was started when I was in school. It’s a really special place where you’re not thinking about capitalism as much, and you’re in this kind of safe environment where you can really be true to yourself and do something for the pure good of it. It’s about tending to this life, this project, whatever it is you do, really caring for it. Giving it time, space and love is the most important thing. I really think it’s that simple.

As an outsider, I admire not only that you do many things, but also that you do them at such high quality. Other than having a gut instinct, what other methods do you use to figure out if something is done?

I have so many things going on and I kind of have to deal with them as they come. I know I have to make bad stuff to make good stuff. I don’t have a really romantic process. I’m like, “Fuck, I have a deadline at 4pm. I have to do three different directions for this client. How can I make this look as good as possible? How can I have fun with this?”

In what ways do you think your personal work affects your public work? 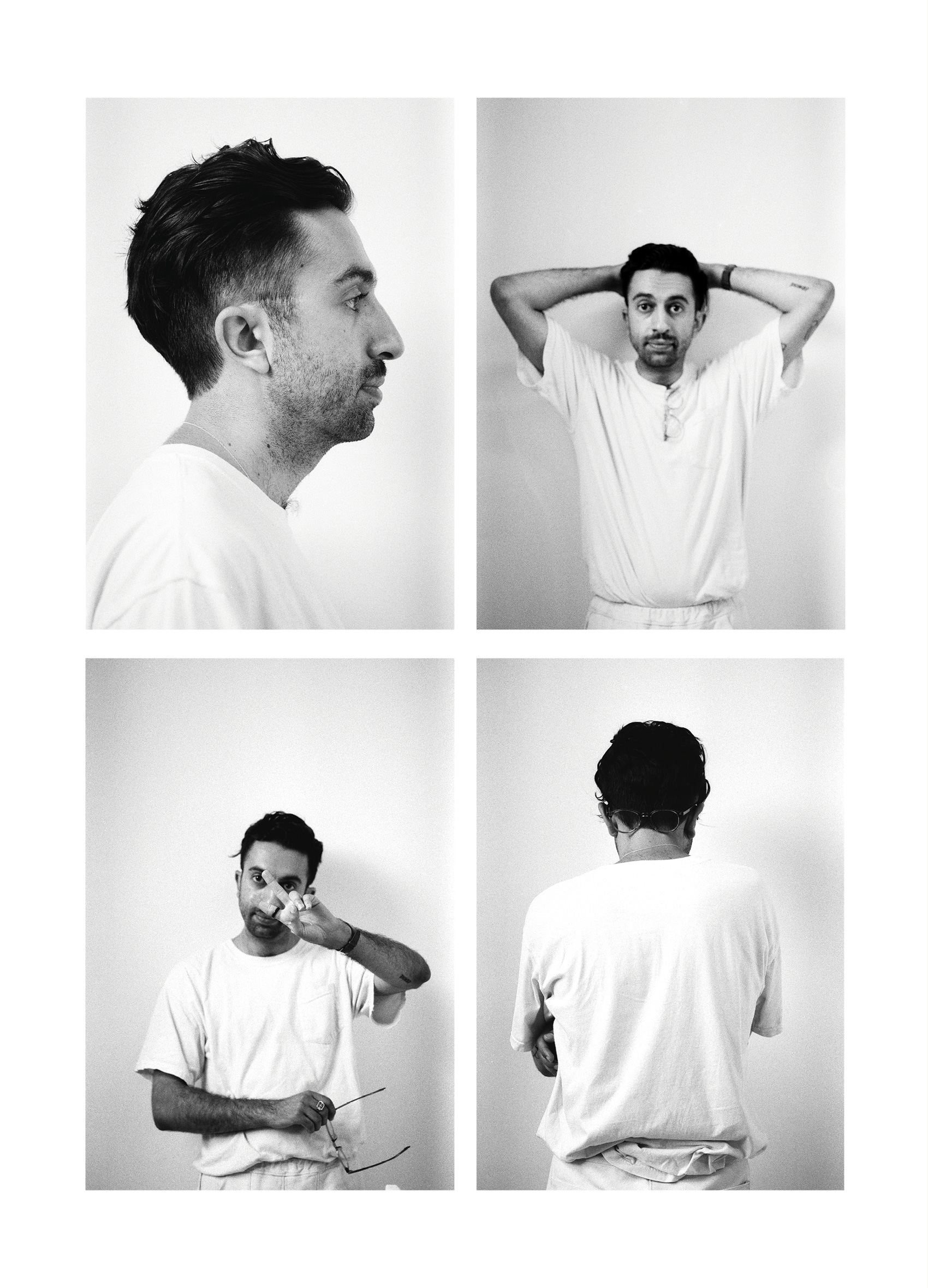 Could you give an example of a constraint that you find helpful?

When does doing everything you do feel worth it?

When other people enjoy it.

Who’s voice do you hear most often in your head?

I have two voices in my head. One of them keeps encouraging me to press the gas. It tells me: “Do more, do more!” It wants me to start a clothing line, start a magazine, be a full-time teacher, wants me to be a full-time painter, wants to be a full-time restaurateur, but I can’t be full-time at all those things. I think that side of my brain is constantly like, “How the fuck can you figure this out?”

The other side of my head is like, “Whoa, chill out. Be appreciative of your partner and your dog and all the trees around you and the projects that you already have at hand. Try to make the best quality of work. Who cares about how prolific you are. It’s all about quality over quantity. Take it easy. You have a long life ahead of you.”

In the past two years, I’ve noticed more and more Middle Eastern, Asian and Indian people my age who are blossoming creatively. I think that has been such an inspiring and important thing for me. Growing up in the suburbs where I did, there were no Middle Eastern or brown people making music in America, making projects, or making TV shows in America. I think now seeing that and then realizing that I’m contributing to that, has been such a powerful thing that I’m figuring out how to dissect, and I am starting to realize how important my parents’ background and my background is to what I do.

It’s been a complex thing. It’s been really tough to put into lectures, but when I do talks or when I’m in class I almost want to just focus on that kind of subject. I’m enjoying what everyone else is making and it would be nice if there was a platform to be able to have conversations about people who grew up in the States with a similar background that are making art because culturally that’s unique.