Boiled Down: A Conversation with Issue 18 Cover Artist Gabriel Alcala

This is a preview of our upcoming issue 18 feature on Gabriel Alcala. You can preorder the issue here.

“Cheeky” is a word that instantly comes to mind when observing Gabriel Alcala’s illustrations. A spider grasping a nipple. The grim reaper taking a shit. It’s hard not to laugh. As a constant observer of life, Alcala records these unconscious thoughts in a simply pleasing palette that will surely have you do a double-take, only to draw you in for additional consideration. Upon further inspection, a hidden meaning begins to unearth — am I the reaper wrecking the lou, desperately awaiting my demise? Whatever introspective, quasi-destructive thought that may arise, Alcala’s visual lexicon is purposefully simplified to be understood upon first glance and truly digested, to whatever degree, upon examination. 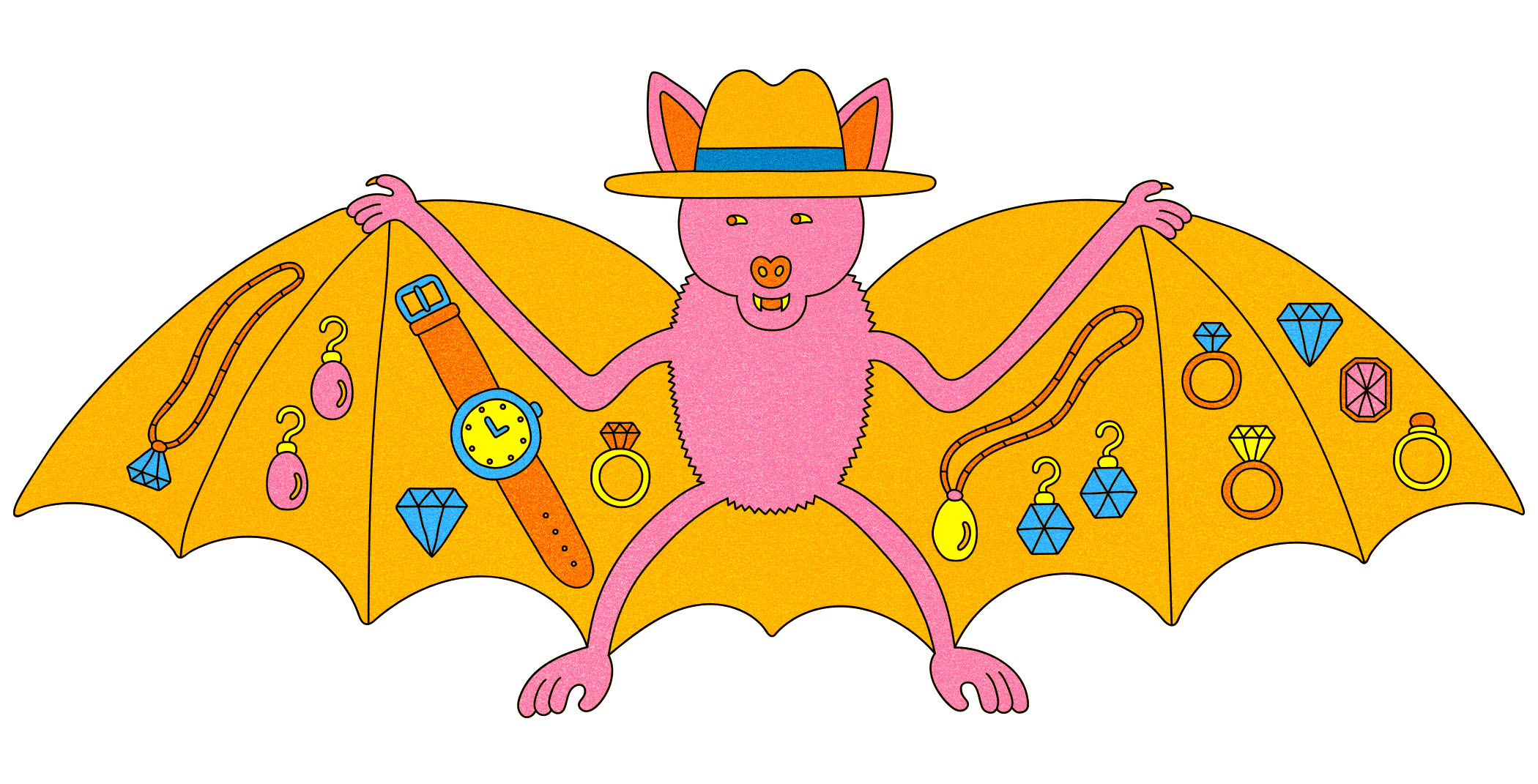 I come across a lot of illustrators from LA, NYC and London. It’s cool to see you come out of Miami. What about Miami influences you as an illustrator?

I think Miami is different from anywhere else in the States. We’re basically a part of the Caribbean. At least it feels like it! There’s such a mix of cultures here, which makes living here really exciting. The weather, the colors, the people, the food, the humor. It all influences me a lot.

How long have you been making art?

I’ve been making art since I can remember. Some of my earliest memories are of me completely filling up He-Man and Thundercats coloring books. As I got older I went to a few art schools in which I learned a lot and made friends who turned me onto a bunch of cool stuff. I’ve always been really interested in album covers and punk zines, so when a few friends and I started a band, it was the perfect vehicle for the art I was making.

What kind of music do you guys make? 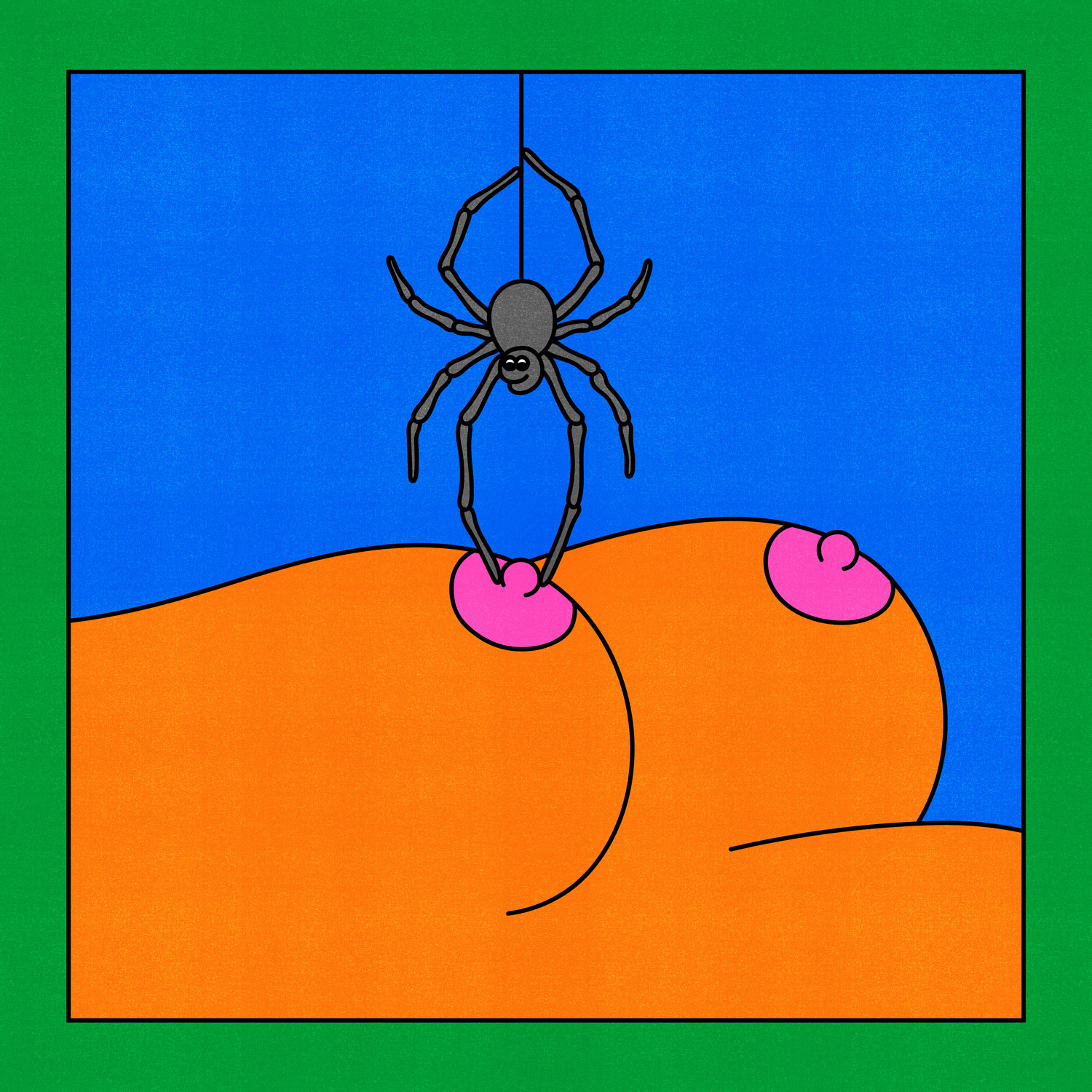 At this stage, do you consider yourself more of an illustrator than a musician?

I think both. I still really enjoy doing both things and they often overlap which is cool. They’re also really compatible with each other since I can work on illustrations remotely while I’m out on tour.

Is there an aim that you have as an illustrator or something you try to instantly convey whenever you draw?

Ultimately I want my illustrations to have the same kind of impact that a great Mitch Hedberg one-liner joke has, haha. Really simple, hits you hard on contact, yet can stick with you for a really long time.

Does your work primarily live on Instagram or do you also dabble in painting or drawing in the living world?

I make art in the real world. I love working on prints, paintings, woodcuts, and ceramics. However, for commercial and editorial work I usually draw on a tablet in Illustrator. 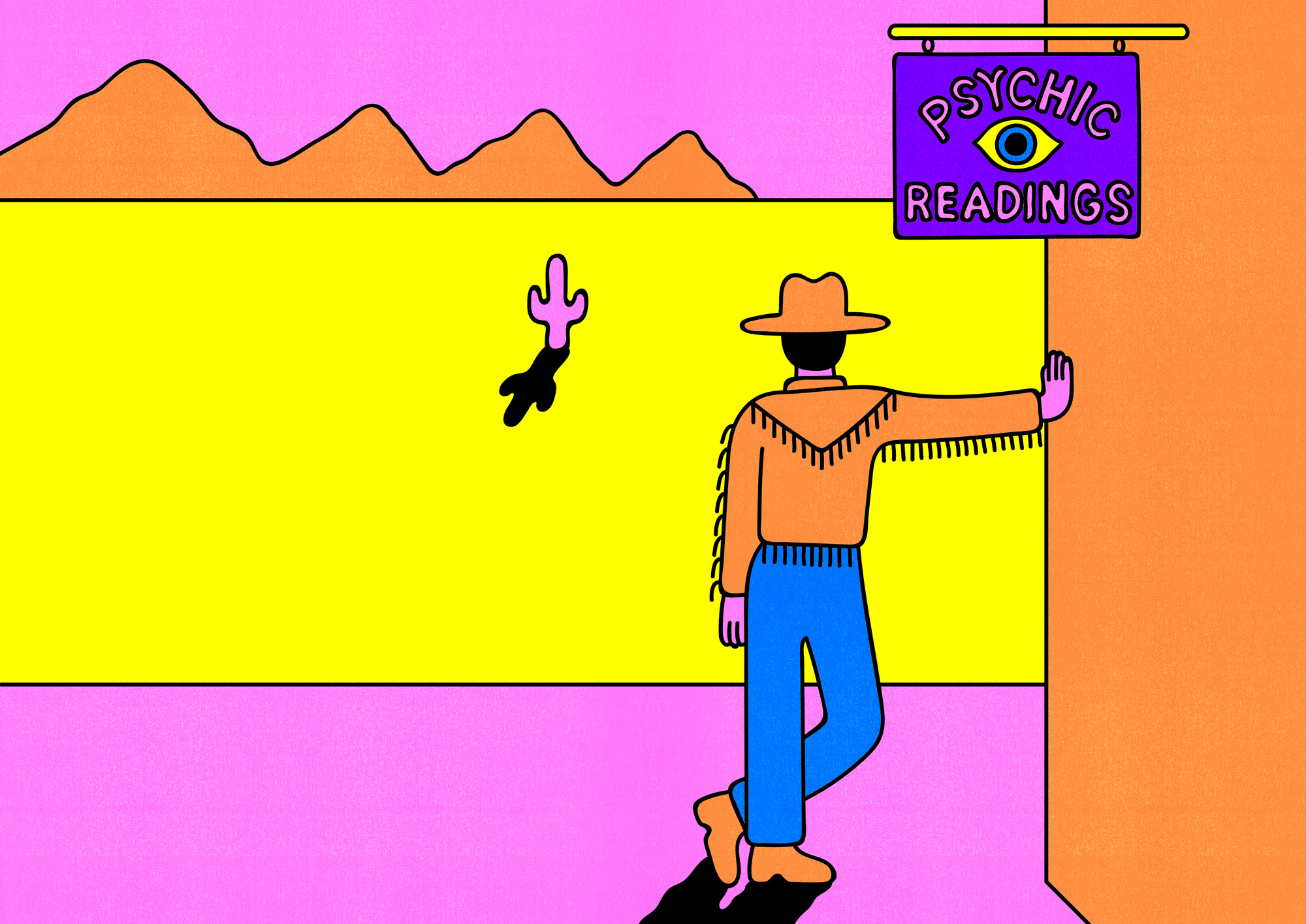 What’s your process of narrowing what ends up making the paper or screen?

I sketch a lot. I experiment for a long time during the sketching process. It might not look like it because my illustrations tend to be pretty simple, but the most simple drawing could have hundreds of sketches beforehand. A lot of it is just boiling down ideas until the drawings are totally efficient.

Do you dabble in psychedelics, and are there any fun stories that may have ended up influencing a piece of work?

Yeah, I’ve dabbled a bit. I’ve had a few pretty amazing mushroom trips. As for influencing my work directly, I’m not really sure. I’ve never made work on psychedelics or anything. But I am definitely influenced by the work of people like Victor Moscoso and his psychedelic rock posters.

Taking a look at the cover you designed for this issue, can you run me through the process of how you developed this illustration?

This illustration sort of came to me in a dream. I basically liked the idea of illustrating a situation in which someone is completely unaware of what’s happening outside of their own subjective experience. I think it’s neat that all the real action is going on below him. 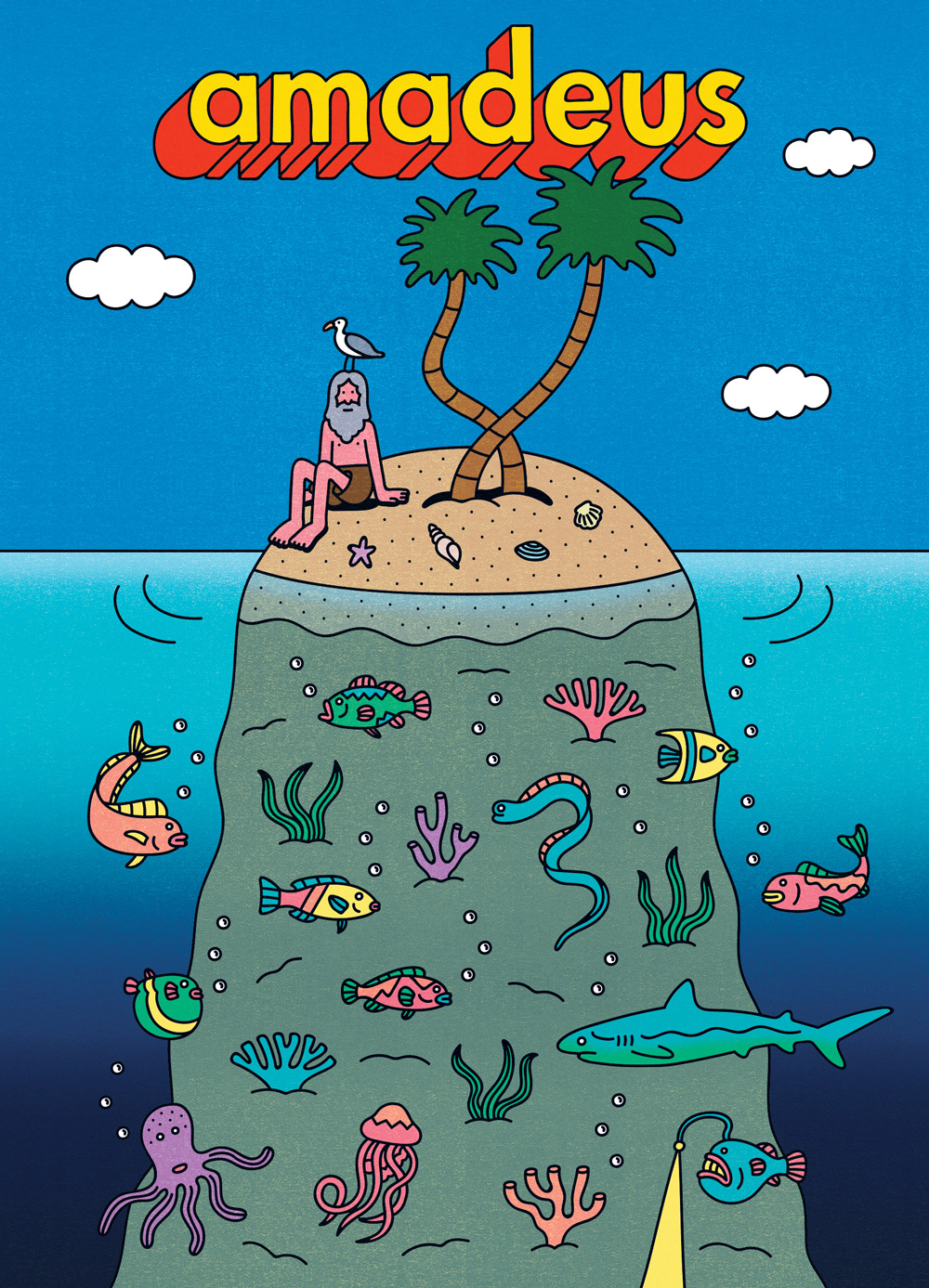 Is there a deeper thought to this iceberg effect?

Well, I think it’s kind of a commentary on the unconscious mind. How all of the experiences we have, the information we take in, all that stimulus, affects our behavior and who we are.

It’s funny you mention dreams and the unconscious mind. Like you had this dream and you put it to paper. I was reading an article from an English rapper named Jaykae, who is a big supporter of Birmingham City Football Club. Then the other day, I remember having a dream that I was outside of the Birmingham City stadium, which I’ve never been to, and I just thought it was so odd. Then I remembered reading that article on that dude, and it must have just been floating in my subconscious. If you were to look back on this cover, do you think there is something that may have been triggered in your subconscious?

Possibly man—who knows! I try to be a sponge as much as I can and really take it all in. Observing is where I get all of my ideas from. It’s all out there! You just gotta look and hope that something sparks inside of you. It doesn’t always have to happen right away.