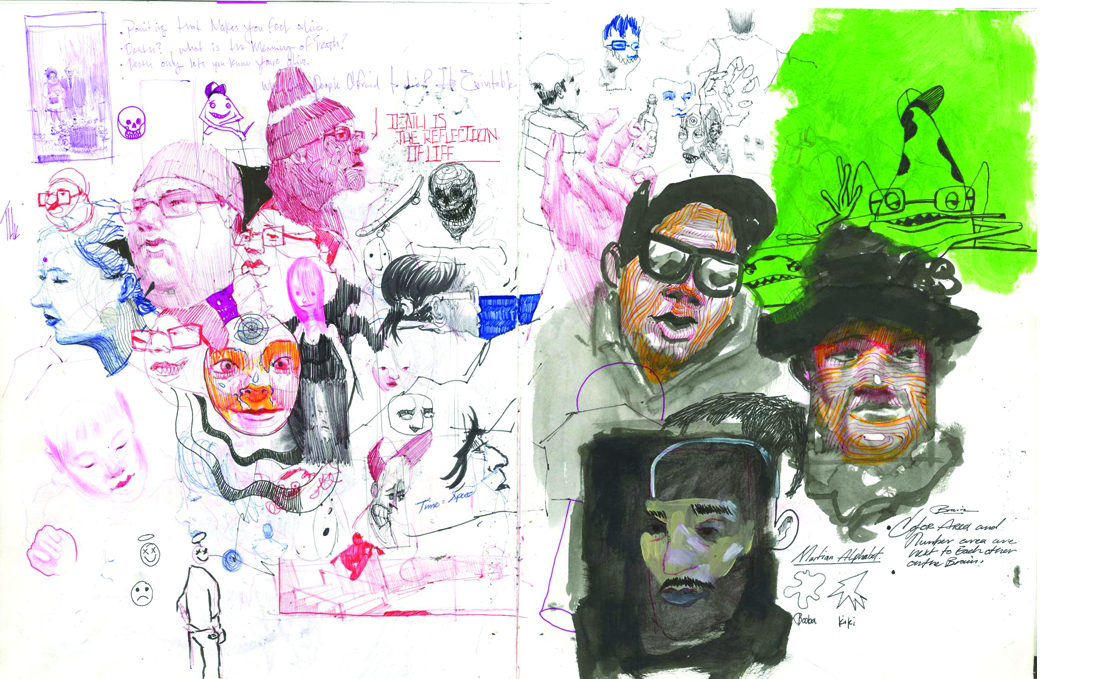 BREK: Art in the Streets

Don’t confuse street art for graffiti. Graffiti writers like BREK may create beautifully colored and intricate murals on public walls, fantastically displaying their tag, but unlike their street art or muralist counterparts who paint their masterpieces legally, graffiti artists lurk in the shadows, wait until its nearly three or four in the morning, scale the walls of local businesses or hurriedly climb to the top of blank billboards, and strike these public canvases when no one is paying attention. BREK has long been a notable graffiti presence in Los Angeles and recently sat down with amadeus to set the record straight about the differing forms of art that now saturate the city’s streets.

When did you start doing graffiti?

I didn’t actually bomb a wall until some guy called me out and said that I wasn’t a real writer because I had never thrown up a tag illegally. I mean I was scared to do illegals. I would catch a tag here and there, small time, but wouldn’t really bomb and get big tags up. This guy put me on the spot; it got to me. It was like this realization of either I’m a fake ass writer or I start to bomb places and start painting illegally and gain some respect as an artist.

Are there different levels of respect for people that are out there throwing up big ass tags illegally?

If you look at graffiti’s definition it uses the word vandalism. So if you’re not vandalizing or doing it illegally, you’re not a graffiti writer.

That’s why only certain people in graffiti get respect, because you do so much damage and you get away with it and people see it; you own the streets. That’s that street credit. There are a bunch of guys that are really talented and throw things up, like murals or commissioned pieces, but they’re not graffiti writers. They’re artists and spray paint is your medium. There’s a difference between the two.

What do you think about wheat paste?

It depends on what they are doing and what they are trying to say. There’s this one guy who calls himself Tom Hanksy—he pretty much ripped off Banksy, so that kind of stuff is dumb. Everyone is going to rip off someone in the end at this point. I think with all of that it doesn’t matter if you are good at what you do, it’s based on the hype.

So how do writers gain the most respect?

When you’re up all over the place. All over the city, in different cities. If a guy has a whack ass tag but is literally up everywhere, you give them respect because they have some balls to be doing that everywhere. It’s risky that’s why a lot of people don’t do it.

What’s the sketchiest place you have bombed?

The billboard off the 110 freeway on the opposite side from the Ritz Carlton. That billboard was huge. You could see it every time your drove on the 110. I was up there for like an hour; I had to keep hiding because the billboard was blank white and if the CHP sees any type of movement up there, you’re done. It was up for like five days.

When did people start recognizing your tags?

Probably in the early 2000s, my walls were pretty well known around South Central and LA. The dudes I used to look up to, the guys in Da Crew, they were ahead of the game. They would be throwing up tags illegally that were cleaner than some of the legal street art murals you see around now. I learned everything from them.

Did they influence your style?

Yeah, of course. People that I grew up with like TANK and Menace. That was the first serious crew I got into. They lived three blocks away from me and would see me as a kid doing pieces in my sketchbook, so they started taking me to walls; they were older cats too.

In the late 90s and early 2000s the graffiti crews were like the mafia. Graffiti was being done by groups like Treses; gang-banging and stuff. It was a rough time; you would get messed with by the gangsters for doing graffiti, by the cops, and by the good Samaritans. But it feels good to get up and get your art up in public areas where a bunch of people pass by it. 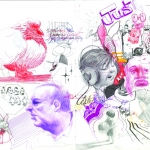 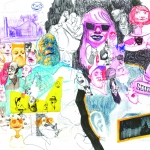 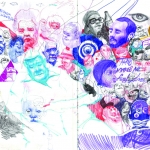 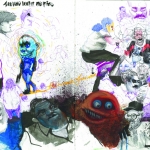 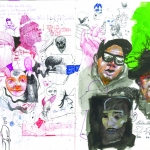