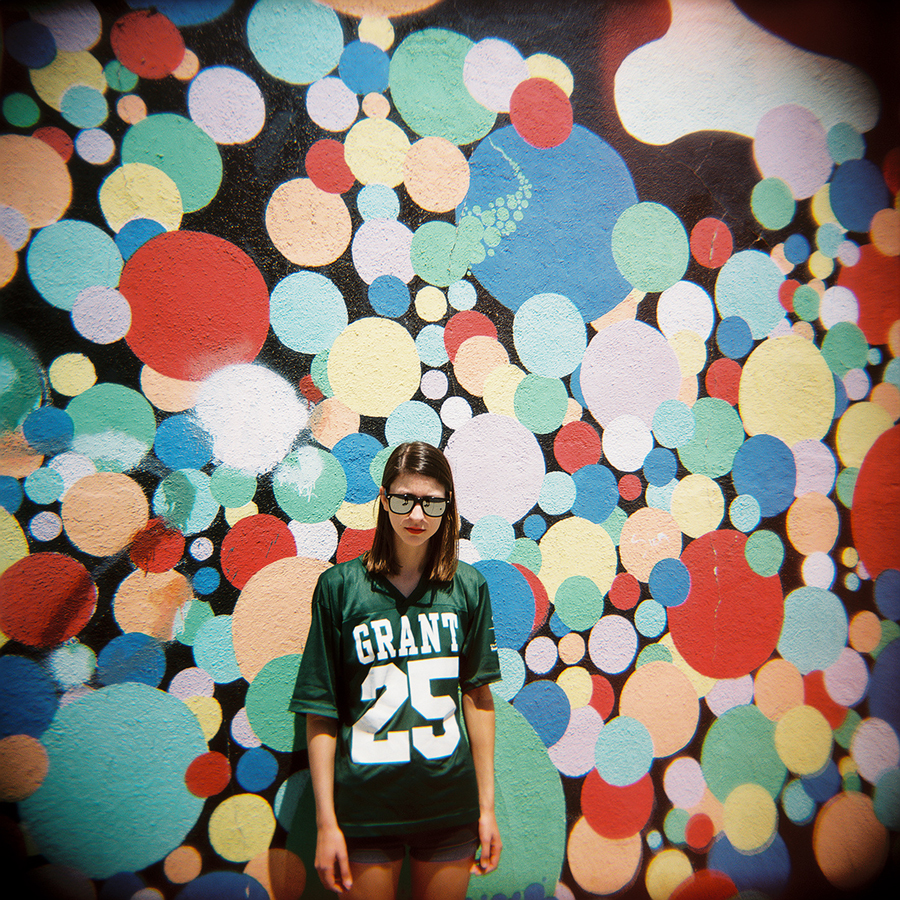 Colleen Green Does What She Wants On ‘Sock It To Me’

Colleen Green’s fuzz-laden punk-rock nuggets are simple, but still intone of all the heavy shit on her weed-smoked mind. On her second Hardly Art release, Sock It To Me, Green moves from the extremes of soft and simplistic synthesizer pop, that she makes on her drum machine, to an all-out punky roar. Her seriously crunchy rock guitars stomp all over the girl-group, pop-style vocals that revel in the simplistic good and bad times she encounters in her life. This joyous lo-fi recording is a testament to Green doing whatever she feels like. There’s really no aesthetic change from her last albums taking place, just a quasi soundtrack to the life of Colleen Green.

Has music always inspired who you are? And who are your go-to’s for listening and even inspiration?

Yes it has. I sometimes go for long periods of time without really listening to any of my records, but I can come back to UB40 anytime. Their melodies are just so beautiful and always sound refreshing to me.

Before Colleen Green, what kind of music were you making? How did you start creating music on your own?

In bands I was always trying to make punk rock, even if it didn’t always come out that way. I just always wanted to be as cool as bands like The Explosion and Dillinger Four who had so much energy and who made really catchy, smart music but remained underground. I’ve been steadily writing songs and making music on my own though since I was about 5 years old.

Do you have a writing/mixing process? What’s that like? (How many trials, blunts, etc.)

I don’t really have a process. I just write down ideas that have been floating around in my brain and try to make them into beautiful poems. Weed smoking isn’t particularly conducive to writing lyrics, but it can help sometimes I suppose. The mixing process typically involves much more weed.

Sock It To Me, as well as your earlier work, has a very lax vibe. Do you consider your work a quasi soundtrack to the life of Colleen Green?

One thing we love about your songs is that there’s a certain ease to your songwriting, like you’re not trying too hard to be profound, but there’s still heartfelt stuff that that creeps through. Is this intentional when you write your songs, or is the trick more not to even think about it?

I will answer this question in list-form:
a) I’ve never tried too hard at anything in my life, and I don’t intend to start now.
b) Everything I do is heartfelt.

How did west to east to west (coasts) alter your music or the ideas you pull from?

The thing that influences me the most is life and the constant struggle to make sense of it. Moving away from my hometown, moving away from all my friends and having to go it alone, learning more about myself and about life every day, and being in a world that is the complete opposite of the one I grew up in are all experiences that have affected my ideas and ultimately my music.

Some may say your music makes a mockery of the depths of indie music. What are your thoughts at that bologna?

Well, this is obviously an entirely hypothetical question, but IF someone were ever to say that, I would say GOOD! That shit needs to get mocked.