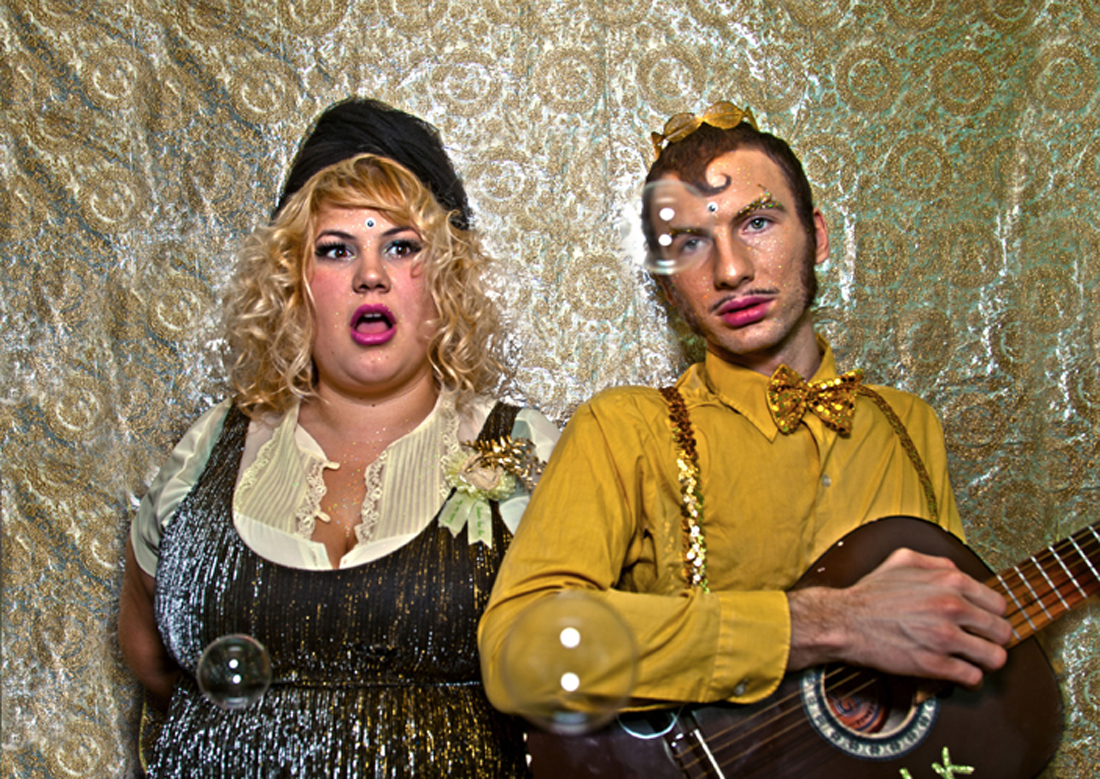 Gettin’ Freaky With Shannon and the Clams

The musical lovechild of a 60s girl group dropout and Kermit the Frog playing garage rock.

Shannon Shaw and Cody Blanchard are used to recording in bedrooms, and playing friends’ house parties on a whim. So when they got picked up by Sub-Pop sister label Hardly Art and suddenly had set studio times and album deadlines that forced them to put their touring schedule on hold, things seemed a little off kilter for the usually haphazard pair. After three separate, failed attempts at hammering out an album in the studio, the two returned to the cozy confines of their bedrooms and POOF!, Dreams in the Rat House, was finally done.

There’s often that fear when a band signs to a larger label that their sound will suddenly become overproduced and all the things you originally liked about the music eventually change. This is not the case with Shannon and the Clams’ third album. Elements of doo-wop and 60s R&B still shine through on tracks that are driven by the band’s emblematic gritty, garage-rock tendencies.

Unlike other bands that are mining the 60s for musical genius, Shannon and the Clams stand out in striking contrast. That’s partly due to the way their hair-raising melodies twist through one another like a nest of saccharine snakes, but most decidedly because of Shaw’s unrelenting and emotionally-gripping growl that sears through each track.

Shannon and the Clams have honed their sound on the new record and prove inventive and visceral in their song-writing and progression as pioneers of weird, creepy, pop-punk.