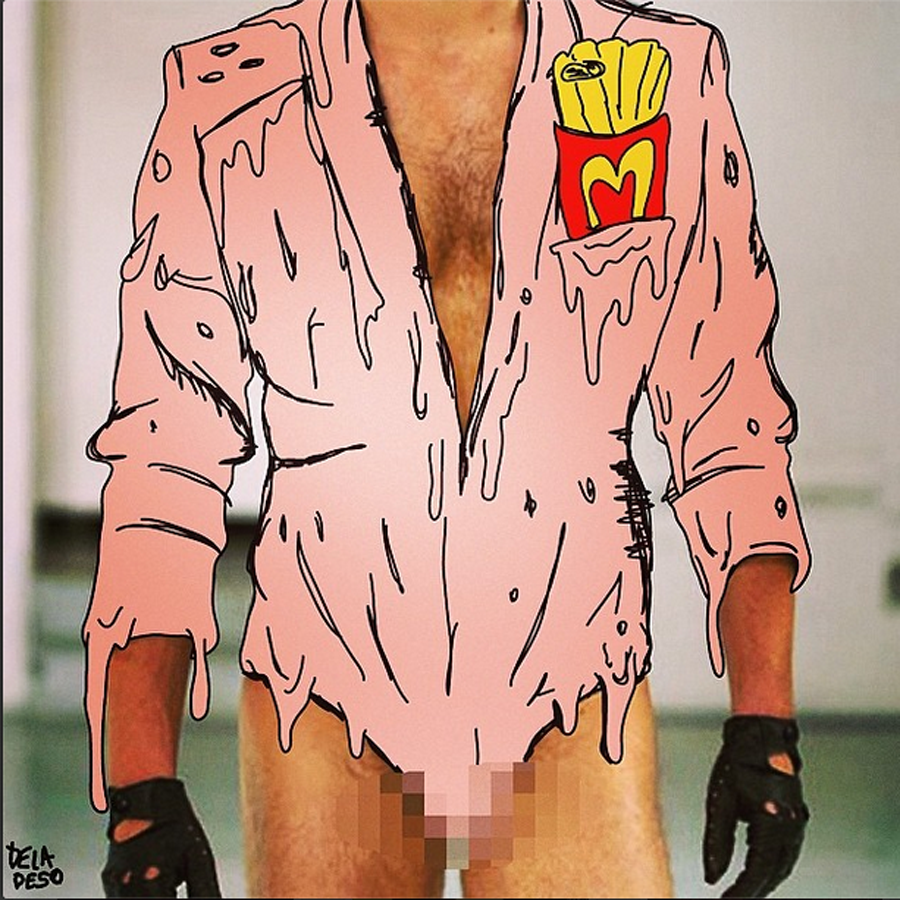 The Daily Grime: A conversation with artist Dela Deso

You may know Mr. Dela Deso’s work because of its pop nature, bright coloring and uniquely grimy characters, including portraits of Basquiat whose face looks like it’s about to melt off onto his clothing, and half-naked chicks with slimy and delicious looking pizza slices for pasties. In his self-proclaimed “grime” or “grimy” style of designing and painting he has created a family of dysfunctional characters to satirize, and hold to ransom all that falls into their grasp, a welcome jolt of subversion in today’s media saturated environment.

Influenced by everything seen on TV, the Internet, and in life Dela Deso has become widely known in the digital art realm, hitting the interweb in the head with some of the dopest pop art we’ve seen in awhile. His style can been compared to some of the greats, but it’s still unique in its own right. Not too shabby for a guy that used to sleep on Goosebumps sheets and started his Internet blitz on his Twitter, Facebook and Tumblr pages. No overzealous machine behind him, just good old fashion hustle and word of mouth. Dela Deso bangs out digital pieces like Drake pumps out shitty singles — but in a good way.

And we can appreciate Dela Deso for more than just his art; just take a look at his work ethic. The way he cranks out pieces in such as short amount of time, anyone would be amazed at how much work this guy from Riverside, California is making. It kind of makes you step back and say, “How the fuck is he making all these pieces everyday?” And sure his characters may take on the grimiest of physical characteristics, but his pieces remain insanely clean. If you tried to draw like that, you couldn’t. You would have to trace, or project, or something.

His pop art not only inhabits a nostalgic factor, evoking styles and imagery from his childhood that he wants to keep alive, but portrays things that he sees online and in popular culture that he deems dope and works to make them his own.

You work and live out of Riverside, how much of your artwork is influenced by your environment?

Well I’ve been an independent artist and graphic designer for a while now and I guess about three years ago I started to really develop my work in this grime style that I’m working in now. Where I’m from, it’s really grimy. It’s San Bernardino; when I was younger my friends and I found everything in the street really grimy. Everything sort of revolves around the grime of the city.

There’s also a strong awareness of American pop culture in all your work.

Originally this style kind of developed from enjoying and looking at Andy Warhol and a bunch of other pop culture artists who were putting their stuff out there. A lot of the imagery is recognizable and relatable figures or characters that people can really relate to. I think the griminess came about because that’s what I grew up with and the type of landscape I interacted with when I was younger.

So you must have been or still are a fan of Goosebumps than weren’t you?

I used to love Goosebumps. I used to have bed sheets. It’s stuff like that and pop culture references like that, that I relate to and use in my designs and work. It’s cool that other people can relate too.

Yeah, the pizza is awesome. I just started working quickly and putting everything out at once. Pizza is all over the place these days in art. It just seemed like a natural thing to incorporate with my grime work; so I’ll have Prince’s hair be made out of grimy pizza, or I’ve been trying to get people to use my small pizza slices as pasties for nude photos. A lot of people are starting to go tropical though, so I’ve been doing some grimy pineapples too.

People seem to love your style; what are some other projects you’re working on?

I guess when I started doing all the grime stuff I started working with random people who have approached me online and through email. I got to work with Beats by Dre for one of their Halloween campaigns they were doing. People just hit me up and I get excited to work with them.

Do you go into these collaboration projects with a vision? Are you given free reign to design what you want?

That’s what’s cool I’ve been totally free to do what I want. I still get jobs though where they contract me and when I go to them with something they’ll tell me they want things cleaner and more put together. There I’m thinking, ‘why would you hire me if you know that my style is pretty loose and grimy. But this year I’ve been trying to be more versatile working with different designers and adding a different aesthetic to my style

At first I didn’t really care how I did everything I didn’t worry about how clean it was or how it was presented but now I catch myself. I clean up the grime more than I did before. Now since I’ve been collaborating with different artists and seeing what kind of different types of art I can do with grime, like the pizza. It’s just a different medium.

What really sparked your entrance into art?

I guess through MySpace, I was doing music as well. I was always creating my artwork for that. It was usually random that I would create into my own flash media. MySpace wasn’t the best thing to promote, but I was creating my own video games with my music.

How do you choose the images you use in your pieces?

I usually just wake up and go through my Tumblr and emails, and kind of see whatever catches my eye. I try to use current events too; so I put stuff out that people will notice and it’s cool that people will land on my feed. The Internet is a crazy tool. It’s an interesting way to get stuff out there.

A lot of your work is digital media; have you done this style in any other another medium?

Actually I just had my first art show in April and had actual paintings that I started doing. This was really fun because I have never really painted and it kind of pushed me to actually put something on paper. I have a friend that worked at American Apparel she donated some billboards that they were throwing away. She gave them to me and it helped me try some different things.

Who are some artists you look up to?

I really like Andy Warhol. Recently I’ve been really into street artists and meeting random artists. I guess what really threw me into the art realm was my friend who showed me his clothing line. He’s amazing always really cool and humble. He would give me free stuff all the time. For me that was awesome. That taught me to be really humble to people that I meet nowadays.

What pieces are you the most proud of?

I like the simple object ones. Those ones were all me; the PBR cans and the Gameboy. That was more like, ‘ok I’m going to try this out and see if people like it.’ So all the object paintings that have no background and with all the negative space, those art my favorite. 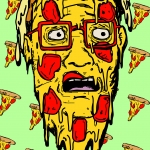 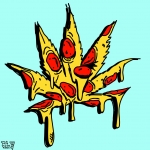 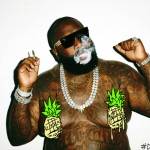 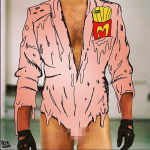 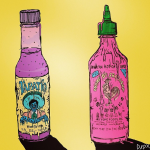 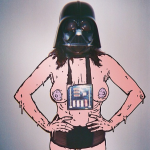 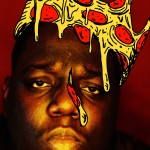 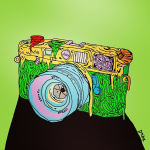 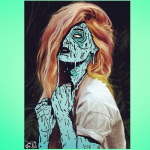 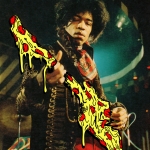 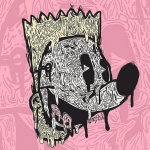 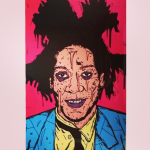 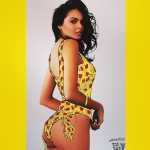 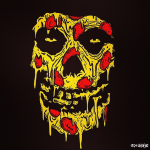