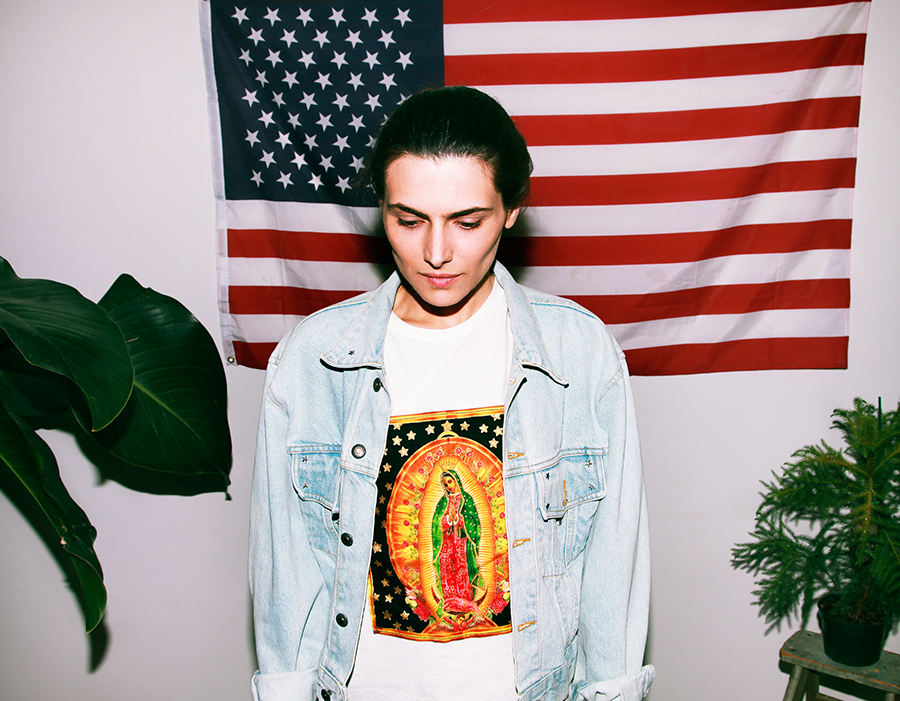 The three piece jazz band sets up in the corner of the Seven Bar and Kitchen in downtown Santa Barbara. Paintings for sale cover the walls. The seats at the bar have been filled and the only tables open have reserved signs.

Demi Boelsterli rumbles through the double wooden doors, sporting a black hoodie and jeans with a hat the same color but frizzy blonde hairs bolting out wherever they could. She says hello to a few people at a table and then talks to one of the bartenders. He comes out from behind the bar, moves one of the reserved signs from the table.

“No worries Demi,” he tells her. “You’ll just have to order through the server.”

Ten seconds later a waitress arrives. She orders a beer and some macaroni and cheese.

Demi is an enigma. There are very few things that she doesn’t have her hand in; she used to surf on the WQS for a bit, she now coaches kids in competitive surfing, she’s showcased her paintings in numerous art shows around town, she shoots film photos both artistically and for her friends band Clean Spill, and knows how to properly skate an empty water spillway.

Besides everything one can think of doing, Demi’s main focus is on her clothing brand Friday Night Amateurs.

“We were shotgunning beers in a shower, I don’t remember why, I think it was raining outside and we didn’t want to get any beer on the carpet,” she tries to recall. “It was just a bunch of girls yelling and dancing in the shower with beer everywhere and I think someone yelled like you amateurs or something and it just kind of stuck.”

Friday Night Amateurs didn’t originally start out as a clothing company. In 2012 Demi and her friends were going to start a blog and post videos, art, photos and whatever else that they felt like making.

“It was just going to be fun because we were like shitheads and had nothing to do. Then we got the blog made and I started drawing up designs for the logo and we liked them,” she says in between bites of her macaroni. “A couple of my friends helped me pitch on some shirts to print the logos on and we ended up selling a fuck ton of them right off the bat to all our friends and people who found out. So we kind of just kept rolling with it.”

Now, FNA is mostly online and in a few skate shops around town, with a few pop-up shops planned every couple of months. Demi pretty much does everything production-wise with some indispensable help from friends Marissa Fritz, Dominique Pecce and Brad Lammie. They try and come out with new clothes whenever they can, and with neighbors that have an industrial size printing press for her to use freely, Demi gets her clothes at local t-shirt marts and then presses her different designs on independently.

“Normally I soon as I have enough money, I just print as much as I can,” says Demi. “I would like to get into the swing of coming out with seasonal lines, especially if we get into more stores.”

She finishes her beer and orders another, the band is taking a break and the bar chatter simmers down.

FNA isn’t about trying to become a big brand name with a lot of team riders and no shipping costs when shipped in the U.S. and the order total is over $100. They aren’t dead set on their style, and are not changing it no matter what people are saying. Having a sponsored team, all of which it’s members wear FNA garb, moving their headquarters to Costa Mesa and having a tent at the U.S Open is not what what Demi is trying to do with FNA. It’s about being free; free from yourself, free from all the commercial bullshit. What you do in the week should be forgotten right at the Friday punch out, the weekend is yours.

“There is a brand feel I guess, I think it is kind of a mix between sarcasm and almost like a don’t care attitude,” she says. “On our website it says something like we’re a brand that feeds off of the California surf, skate, art and music culture. I feel like in California, the culture is very materialistic and corporate, but it is a pretty laid back lifestyle over all. Everyone has their hobbies, what they like to do and that’s what our brand is about. Just get out and fucking do it, get off your ass. I like having a brand that encourages people to do that. Even if it’s going out and drinking, I mean I don’t really like getting wasted but if you like to go out and dance your ass off and have a few beers then go to it. Just don’t sit at home, just do it.”

She finishes her beer and then explains she has to run and meet a friend before she goes to a photoshoot. She waves to bartender on her way and then slips through a small crowd of people walking in. The band has stopped playing. 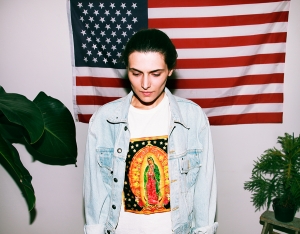 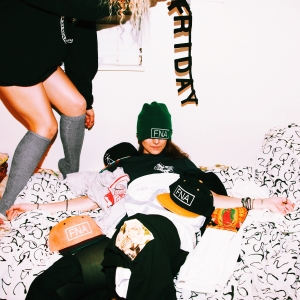 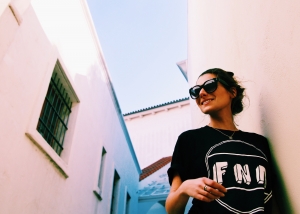 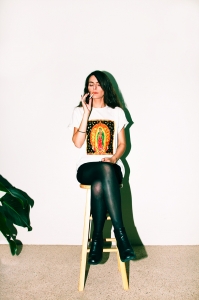 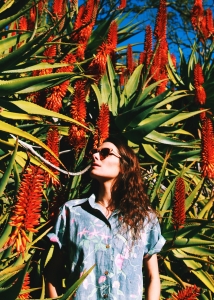 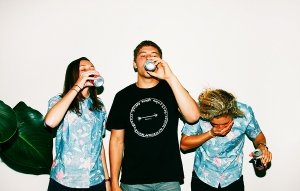 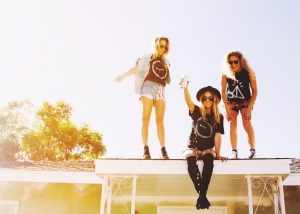 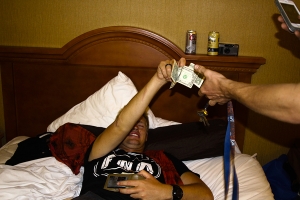 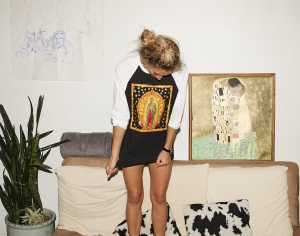 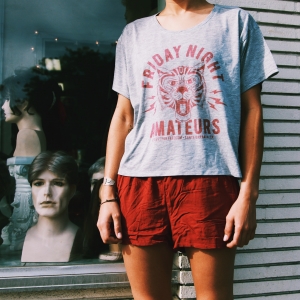 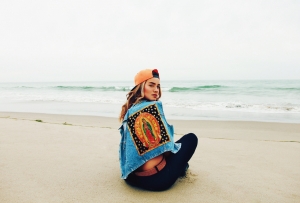 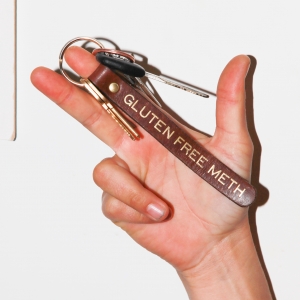 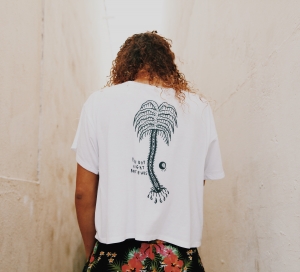 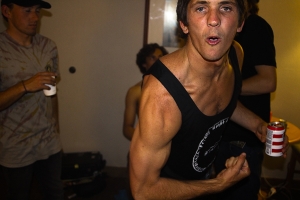