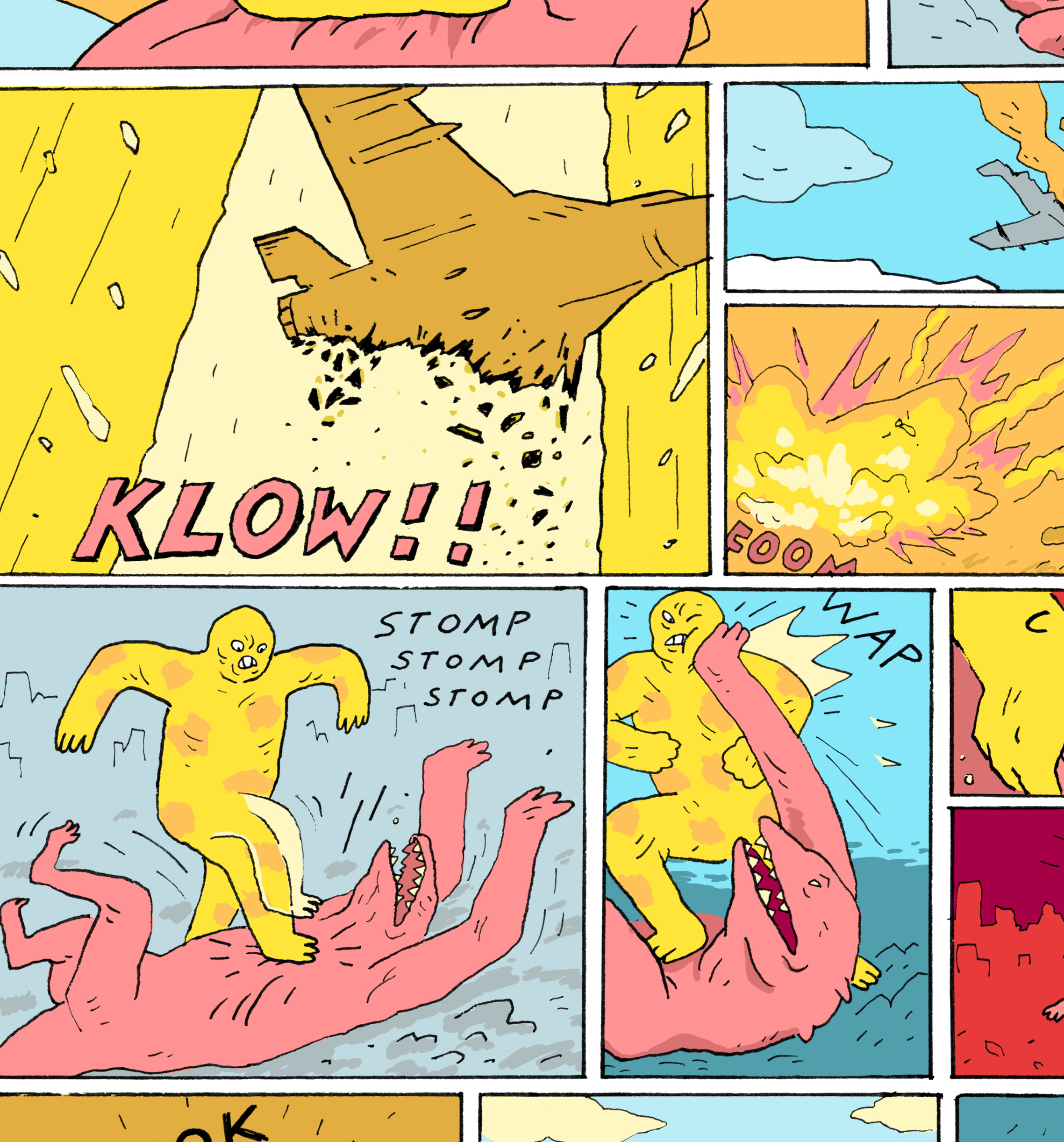 Jackson’s frank style has nabbed him commissions for album artwork, t-shirts, and tattoos, and often blends sci-fi with a world of post-apocalyptic characters that he fields from his memory bank of outlandish and unusual suspects he encountered while growing up in the Greater Boston Area. Monster-like but still visually endearing, Jackson’s oddball cast reflects his infatuation with the hyper-violent imagery he digested as a comic-reading youngster, yet he offers these images through an easily digestible and light-hearted visual lens. A hug or conversation with an alien-looking man threatening a knuckle sandwich has never been as enticing as it is when staring at Jackson’s pink-portrayal of the otherwise frightful being.

Most recently, Jackson has begun to dive into creating comics; a process that has allowed him to explore unchartered creative ground as he crafts and unearths engrossing plot lines for the characters that sporadically appear within the pages of his journal. The script writing for his comics has imparted an entirely new dimension to his fantastical drawings, providing backstory and showcasing his innate ability to communicate through panels.

amadeus talks with Jackson about his first CD with a “Parental Advisory” sticker on it, watching Gremlins and Beetlejuice as a kid, and what he loves about having his worked printed on everything from a vinyl record to a t-shirt.

Tell us a little bit about yourself. Where are you from? What was your first interaction with art? Do you have a favorite illustration of all time?

I’m from the greater Boston area in Massachusetts. I lived in and around Boston until I moved to Portland OR this year. Drawing has always been my favorite hobby, I’m not sure it really had a beginning. I was always into watching cartoons and I wanted to be an animator for a long time. My first favorite artists were Calvin & Hobbes creator Bill Watterson and the Muppets creator Jim Henson. Then when I was 9 or 10 years old, Gorillaz’s self-titled album came out and I was totally blown away. It was my first CD with a “Parental Advisory” sticker on it, and it came with all these animated music videos which are great to this day. It was quite some time until I even knew the artist Jamie Hewlett’s name, and a few years later until I discovered his comic Tank Girl. He was one of my first and biggest influences and really pushed me to draw more and more. Nowadays I have so many influences and favorite artists that it would be way too hard to pick a favorite illustration!

Working as a multimedia illustrator you deal with anything from vinyls to t-shirts. What is it like to work with so many different textures? What do you like about the variety of mediums your work is printed on?

I love working with all sorts of clients on all sorts of jobs! Maybe it’s selfishness, but I love seeing my work on all kinds of surfaces for all kinds of purposes. As most illustrators do, I really love and care about print quality, so it’s cool seeing my images on different materials printed with different methods. The things that really need to be considered when creating an image for a client are the size, shape and material. Whether it’s an album cover, or a t-shirt, or a tattoo, or anything, it has to look good in that space. Other than that, I mostly just draw with black pen, and edit/color in photoshop.

Tell us about your personal project that was completed in September. How long did it take to put this together and was there any specific influence you looked towards when creating the characters?

Over the summer I spent two months driving across the country before I moved to Portland in August. On the road I drew in my sketchbook every day, but didn’t have enough time or concentration to work on any real projects. I knew I wanted to do a short comic to get myself back into the swing of things, so I created Kaiju Komik, an eight-page comic about a battle between city-crushing monsters. For inspiration I watched a lot of kaiju movies like Ghidorah and Godzilla as well as some Ray Harryhausen movies with stop-motion monsters. I wrote and drew thumbnails for the comic in a day, penciled and inked in about two weeks or so. I colored it digitally in Photoshop with a tablet, which took way longer than I expected. I like coloring individual illustrations digitally but I found that it takes me a lot longer to do comic pages since each panel is it’s own illustration. I learned a lot from the experience and I will think twice before coloring a comic in Photoshop again. It was a fun project, and helped me get back into the comic-making process, now I’m working on a longer comic about vampires. It’s gonna be really cool.

How does your process differ from when you’re freely drawing and illustrating vs. creating a comic book, such as Swamp Fiend Eats Teens?

Swamp Fiend was a turning point in my work and I’ve gained a lot from the experience. I’m trying to do more and more comics because it’s a very organized process for me. Instead of just sitting and drawing, hoping to create something interesting or funny or pretty to look at, I can work from a script. Of course building that script takes a lot of work, conception, character development, plot arcs, etc. The script writing can often be the hardest part, and that’s where I’m at right now for my newest comic, Cute Boys Eating Blood. Once the script is done I can start working on the fun stuff. I’ve found that drawing from a script provides more challenges, and it forces me to draw things I don’t normally draw. I have to figure out how to create environments, or depict specific movements or interactions that I wouldn’t just sketch in my spare time. My sketchbooks are these sprawling, cluttered pages full of little drawings that have no context, but when I draw comics I put a lot of consideration into the composition of each panel, and the layout of the page overall. Illustrating stories helps me develop my work’s versatility.

We love your ‘pocket journal’ section on your website. We love to see what artists are doodling freely. Where do all these characters in your doodles and pieces come from? People you actually meet or know?

Most of my characters are either totally fictional or self-portraits. Sometimes it’s hard for me to translate people I know into cartoons but I’m getting better. A lot of those drawings in particular are based on white trash. I grew up in an urban suburb, the white trash in the Greater Boston Area is way different than you’d find in the Midwest, or the South, etc. I have these fantasies of being a backwoods kid, far from the city. I wish I was cool enough to have a greasy mullet and dirt-lip mustache when I was a teen but I wasn’t. I only tried riding a dirt bike once and it wasn’t so smooth. I love the outdoors but it’s too late, I’m a total city boy. I think I was just really inspired by the movie Gummo.

What’s your studio space/desk look like? Is there music playing? Are you being influenced by your surroundings?

I try to keep the things that inspire me close at all times. I have two desks in two different parts of my apartment, my main studio is where I do a lot of drawing/painting. There’s good light in the day and there is art arranged on the wall. Most of the pieces on this wall are by people who I know, or have met, or have some story behind them. There are pieces of garbage from the street, there are little gifts from friends, there are scraps of drawings that I couldn’t bear to throw out. I love ephemera and I have a hard time throwing scraps out. Everything on my wall has a story. There are handmade dolls from my girlfriend and a vintage baby doll head. There are lots of pens and pencils and brushes littered around, I try to keep it clean but it never lasts long. I have a large collection of art books and comics which can often be found floating around my desk space for inspiration. My other desk is in my room and has a large computer monitor for digital coloring.

What are some of your favorite comics? If you could choose to be any comic book character, who would you be?

I own/read lots of comics, and lately my favorite series is Hellboy in Hell. I’m a huge Mike Mignola fan, and he just returned to drawing Hellboy comics with this series. I think this is his best work yet. I’m also reading the Akira books by Katsuhiro Otomo which are really impressive and ambitious. Lately I love Farel Dalrymple (The Wrenchies) and Andrew MacLean (Head Lopper, Apocalyptigirl). Some of my other favorites are Underground Comix from the 60s through the 80s, EC Horror comics like Tales from the Crypt, and anything by Gary Panter. If I could be any comic book character I think I’d be Calvin from Calvin & Hobbes. That was the first comic I really was touched by, when I was a child I felt like it was written just for me.

There’s a total 80s SciFi/horror vibe that exists throughout your characters and your work. Where do you think this influence comes from?

I’ve loved scifi and horror since I can remember. I grew up on Goosebumps, Beetlejuice, the Addams Family, Gremlins, basically the horror starter-kit for any kid growing up in the 90’s. I watch a lot of horror movies. Traditional effects for movies have a special place in my heart; animatronics, puppets, stop-motion animation, costumes. I’ve tried to explore why something so morbid appeals to me so much, maybe it’s a way of feeling comfortable with, or even laughing at, death itself. Thinking about death in a real-life context sucks because death is sad and terrible, but to me, drawing a monster ripping people apart isn’t. It’s a way of coping with mortality, I think. I also draw in a pretty goofy way, so even when the content is disturbing, the style itself is self-aware. I’m not trying to give anyone nightmares, I’m not trying to be H.R. Giger. I just want to draw fun cartoons of monsters, or people murdering each other. I’m lucky that there’s a market for it, but it’s also pretty hard to push to most crowds. My family doesn’t like it, but I have to make what I want to make no matter what. 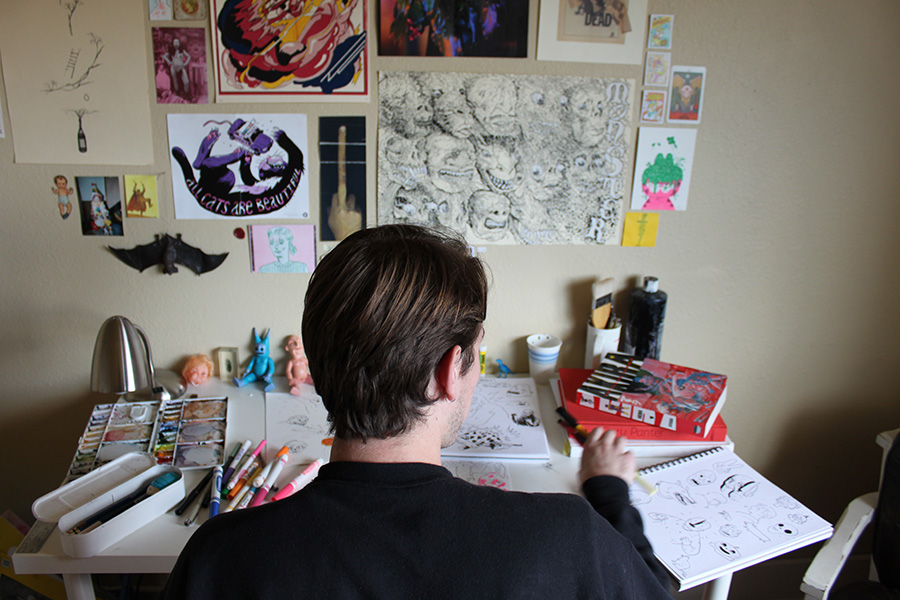 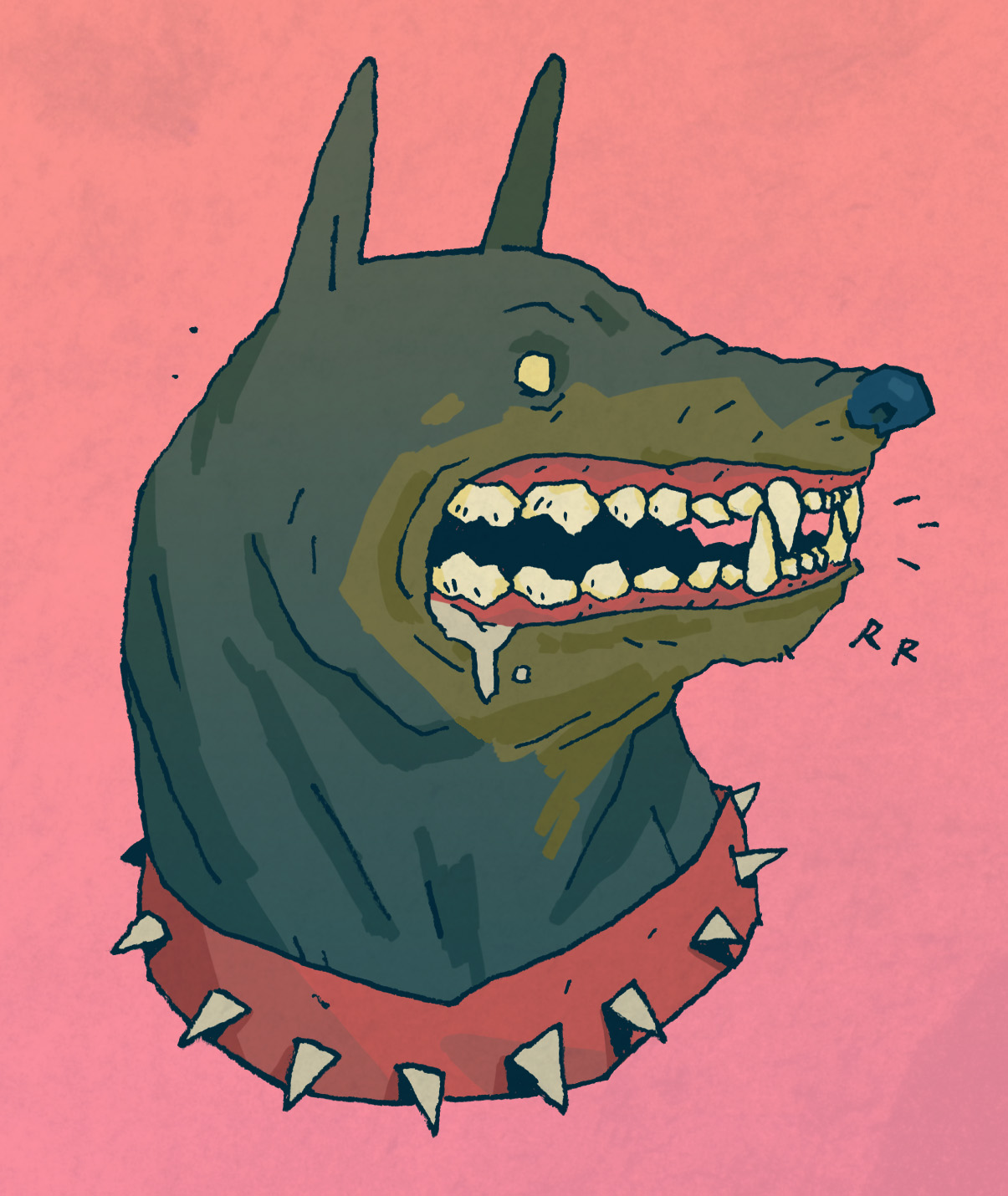 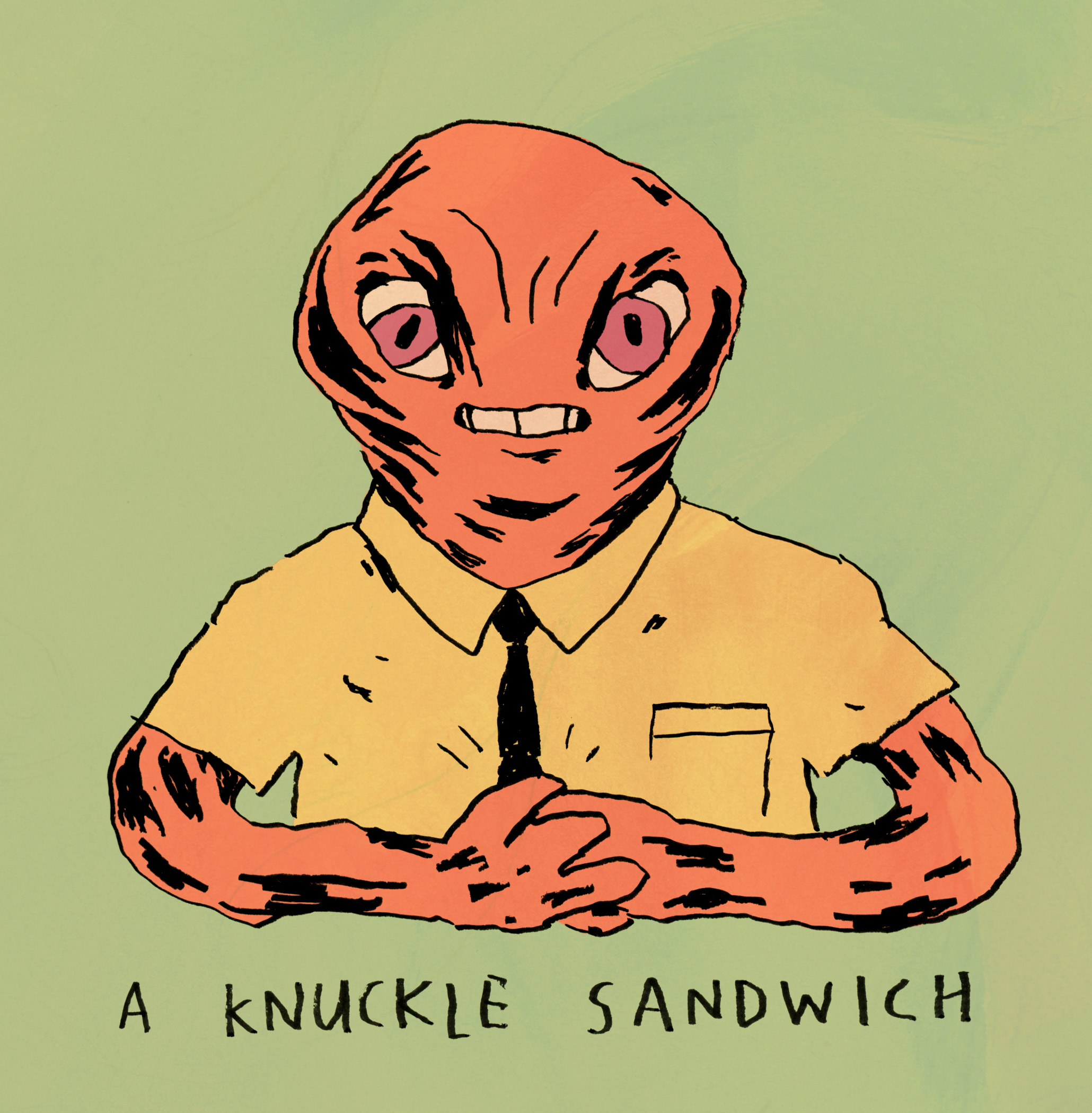 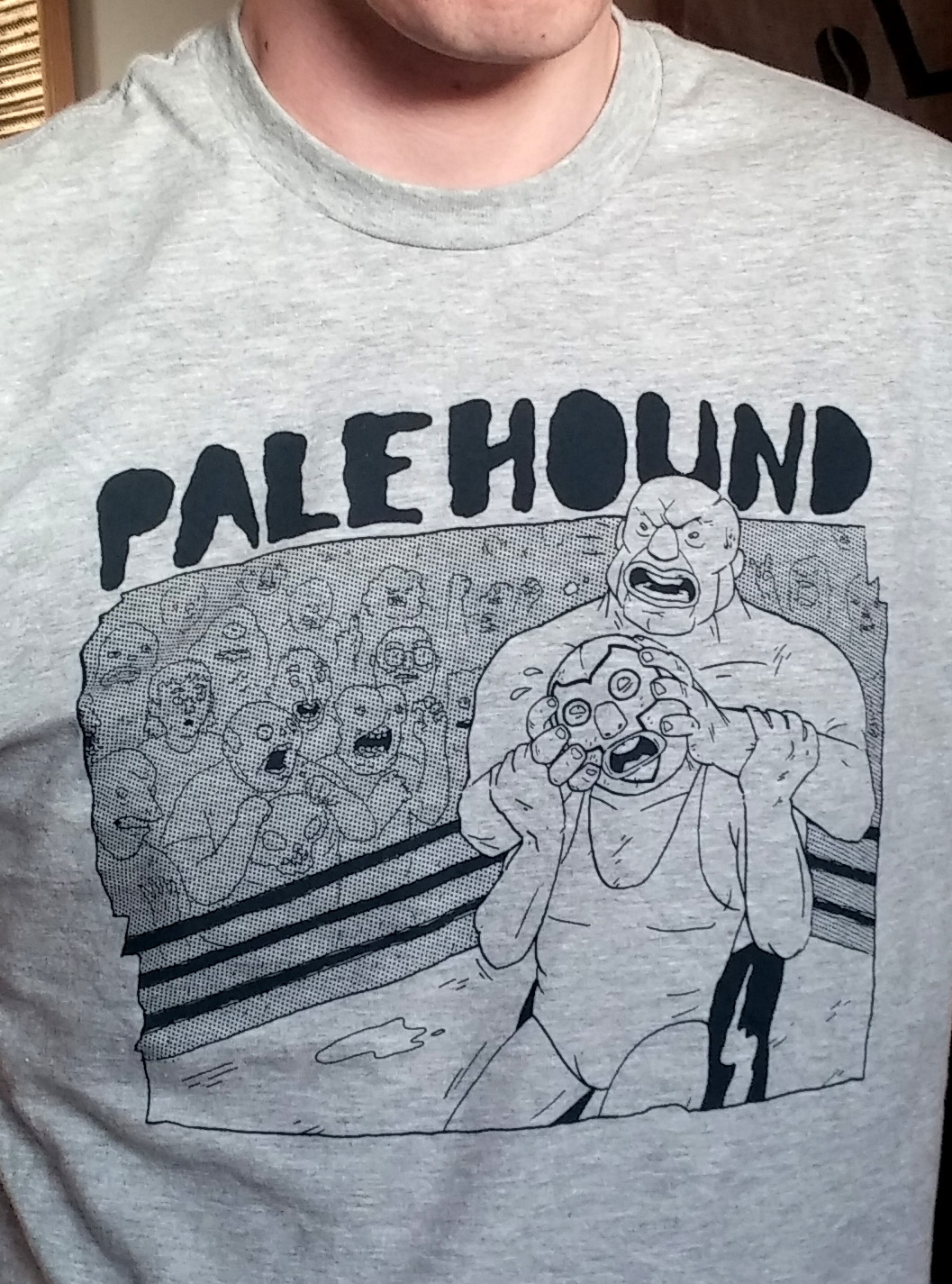 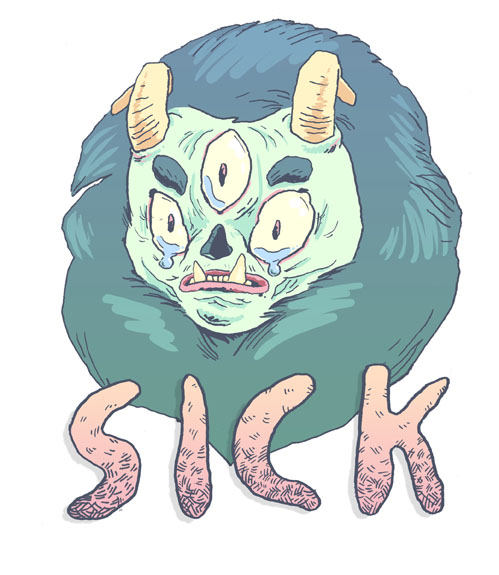 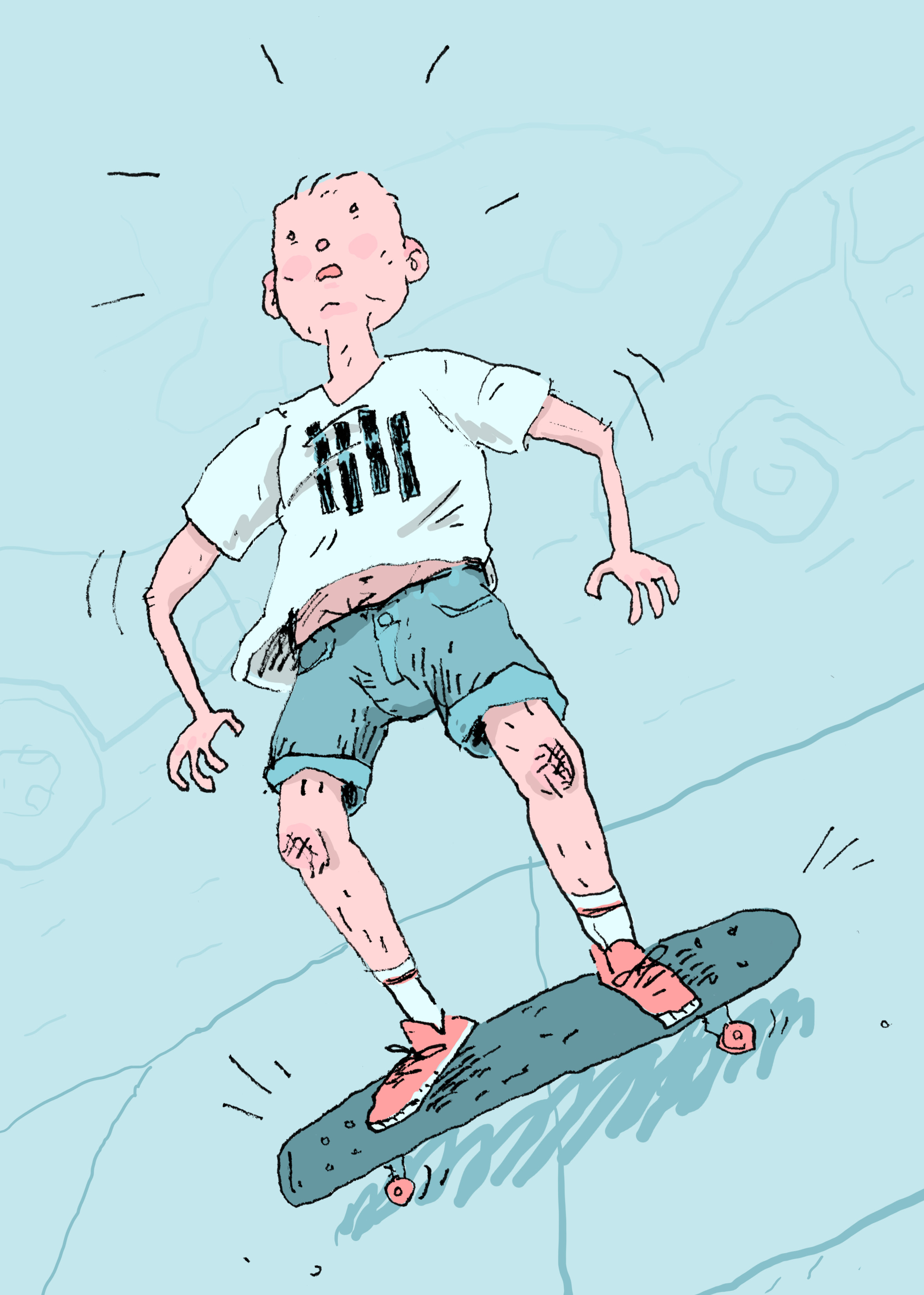 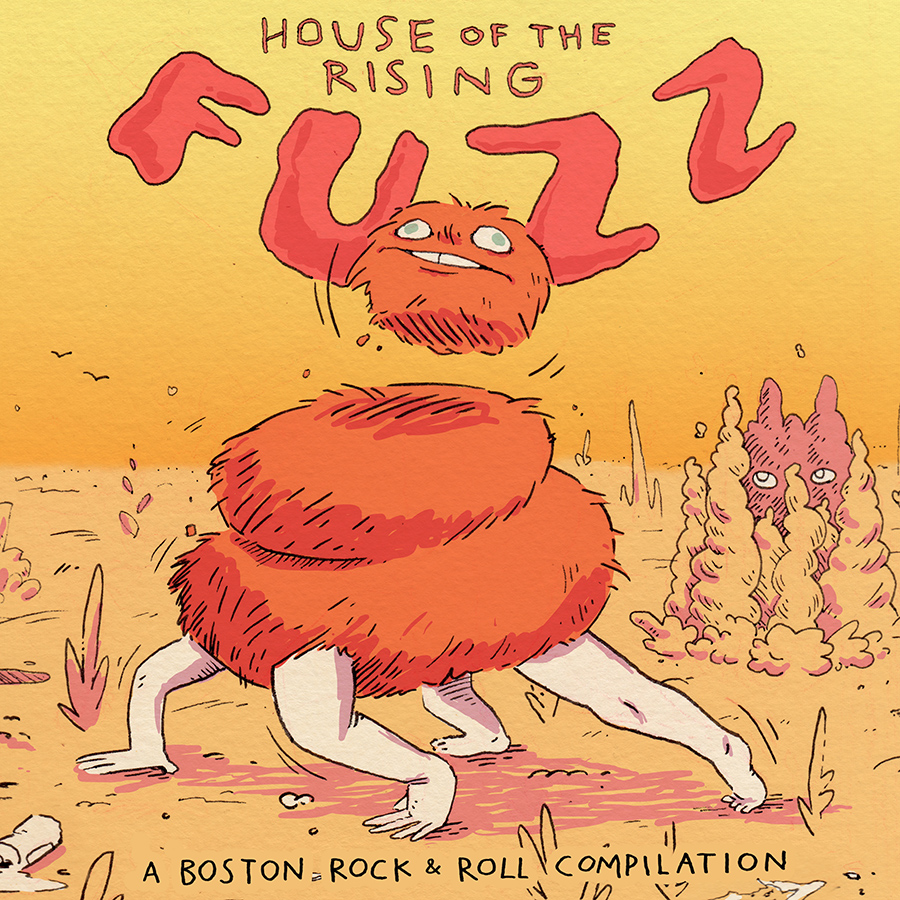 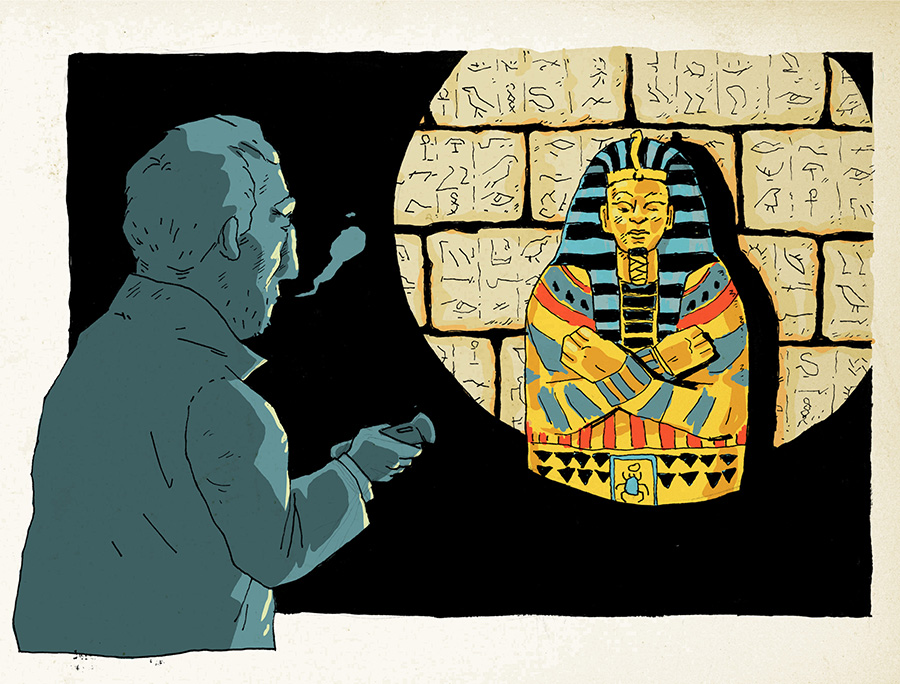 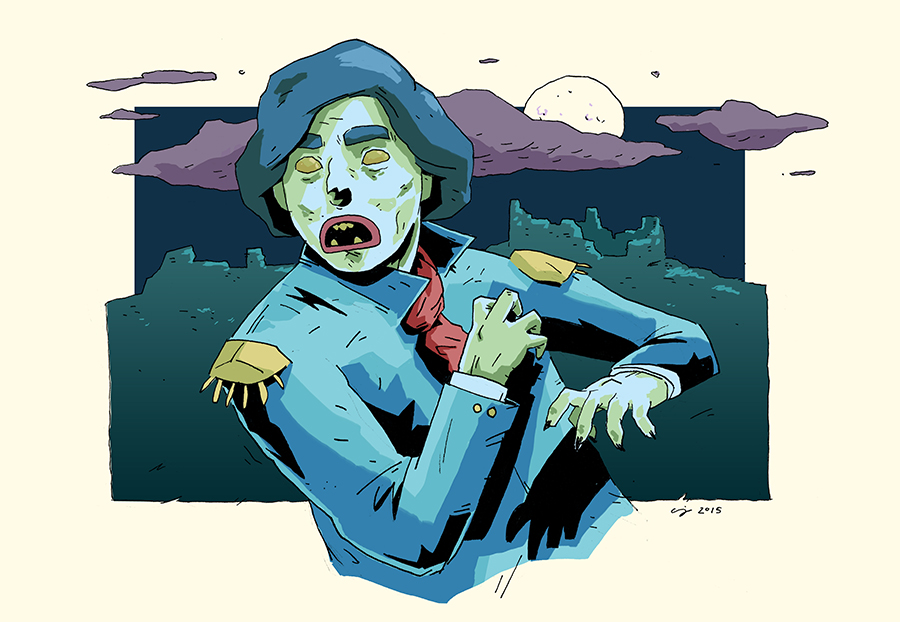 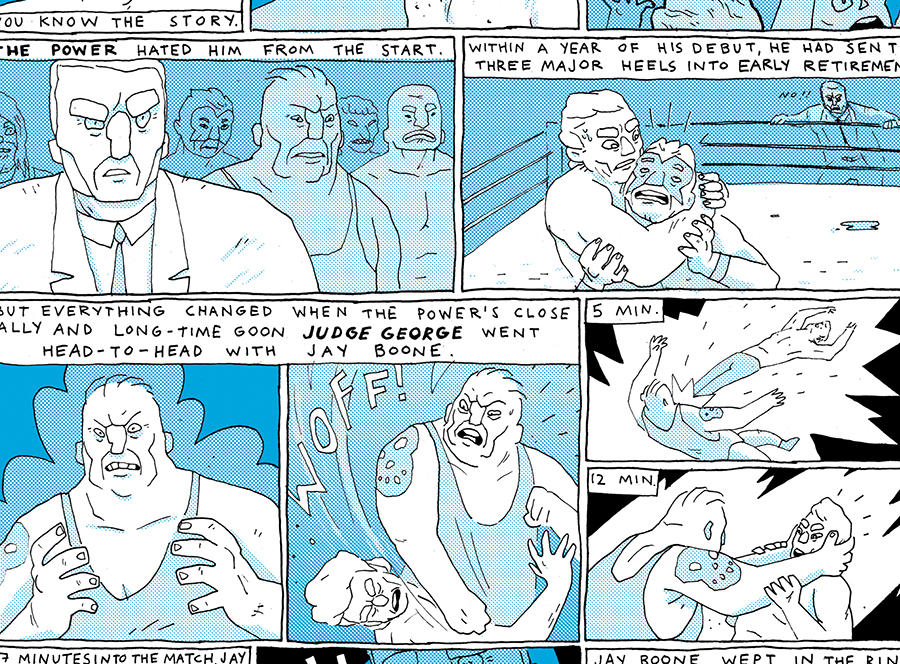