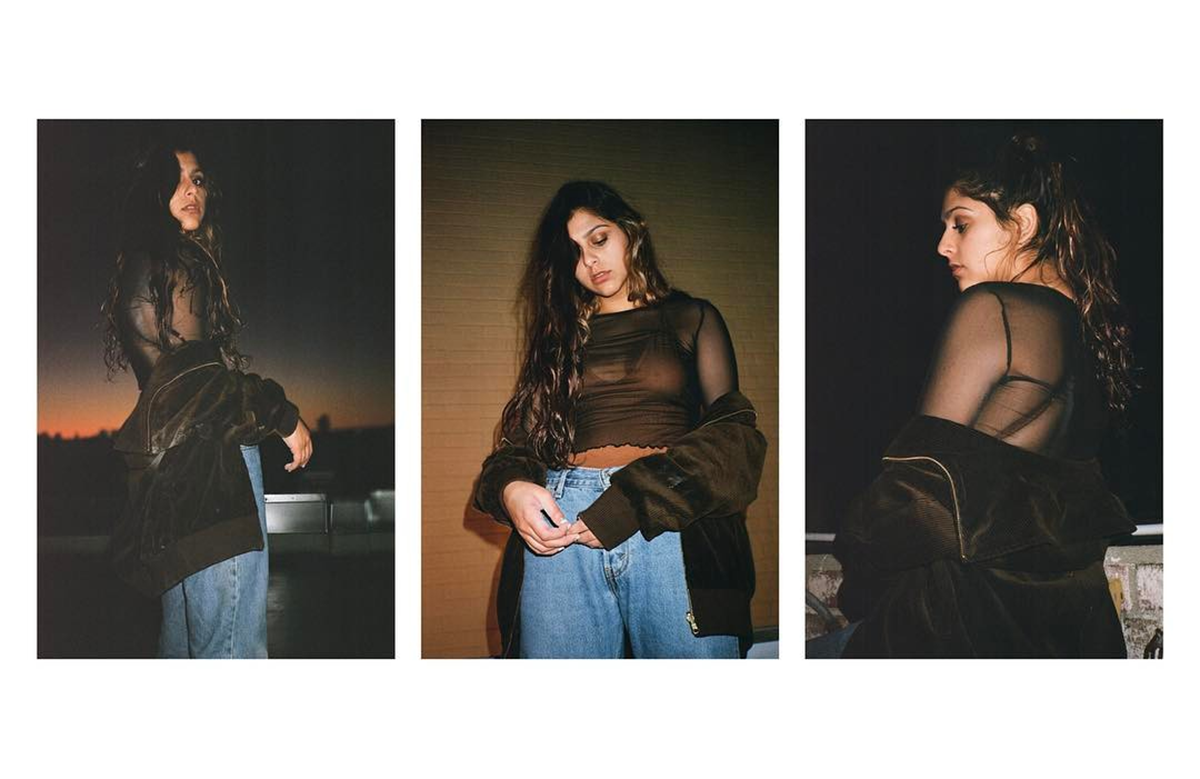 Spring has arrived and flowers aren’t the only thing that’s blooming. Los Angeles native, WENS has released her second single “Bleed,” exploring the ins and outs of being genuine, honest, and real towards people in the world through her R&B electro-alternative sound.

Raised in Manhattan Beach her entire youth, WENS underlines the meaning of  being raw about growing older and feeling empowered no matter what path you want to take. In her single “Bleed” it unravels the heavy stuff underneath the not-so-heavy-stuff; like depression, anxiety, and the feeling of unworthiness. The song bolds the words we want to say to the unwanted people and situations hindering growth, judgement, and happiness. Basically, don’t take shit from anyone. With some similarity to artists like Banks, Billie Eilish, and SHAED-, WENS effortlessly represents a sense of hope and empowerment with her dark-electronic rhythms and smooth, bold vocals that take us back to the time someone hurt us.

We have been craving a sound like WENS — a refreshing and wholesome sensation that comes from her passionate contemporary style that expresses a relatable factor of experience. It’s music that upon hearing and connecting makes you want to jab a knife through mahogany or sledge-hammer asphalt, out of pure passion and anger. It may seem rather dramatic, but whichever visual helps you sense the emotion being exposed is helpful. WENS has the ability to put these images in our heads that are authentic to each listener, therefore, making this a true bop for the gang to gather and scavenge for some revenge on an ex-lover or friend. “Bleed” is a song for our generation to not let people shut us down for our creativity, vulnerability, and voice; so don’t be afraid to share what’s on your mind.

We chatted with WENS about the origin of her name, tales of inspiration and youth while enchanting us about the eccentric sound on her new single “Bleed.”
Where did the name WENS come from? Are you fascinated with the day of the week or possibly an Addams family fan?

When I was younger my mom introduced me to a ton of old school TV shows and movies and the Addams family had always stood out to me. I sort of became obsessed with the show and movies I was just so fascinated with the characters. I remember when I first started doing music I knew that I wanted my artist stuff to have it’s own identity. So I thought it would be cool to play off Wednesday Addams. I generally write about more melancholy subjects which reminded me a lot of Wednesday. I also loved how much she never cared about what anyone else thought about her. That’s something that I struggle with so i wanted to become someone who was stronger and I always thought of Wednesday as a super empowering character for me. and yeah I also do like wednesday as a day of the week because it means we’re half way towards the weekend.

When did you start writing music? I know you wrote a song that was released by Ryn Weaver a little bit ago called “Free” — how was that?

I have been writing and developing my craft as an artist for what feels like my entire life. there’s been so many highs and lows. I often write songs and feel like they aren’t fitting of me at all but i love giving those songs away to people who really do connect to them. like with that Ryn Weaver cut it was such a cool experience for me, but jeez I feel like it was so long ago. I remember going to Coachella and watching her set as she played free and I was just mind blown at the fact that she was singing lyrics and melodies that I did. sort of surreal. but it was also that moment when it solidified the fact that I wanted to be up on stage more than I wanted to be behind the scenes.

You released a song called “Bones” and now recently released “Bleed” – any correlation between the two songs? Is there a theme going on that will soon sum up a full EP?

My mom actually pointed that out the other day she called me and was like, “Are you just going to keep releasing songs about body parts?” To answer, no, “Bones” has no relation to the newer songs I’m doing. “Bleed” is the first out of five songs I’ll be releasing single by single that make up an EP which really sums up my senior year of high school/summer going into life. 17-year-old me to 18 year old me. Such a short amount of time but a lot of songs and emotions came out of it.

Thematically, what are you trying to put out into the world with your new song “Bleed” and as a young artist in this day and age?

Honestly the most important theme that i try to consistently showcase in my songs is realness. I find that the best lyrics I do are conversational. I also think there’s such beauty in being vulnerable and in my music honesty is the best thing I can do. I’m not trying to pretend to be anyone other than who I am. I want to make people feel good and empowered. The world right now is a pretty crazy place and music has always helped me escape so I’d like to be that route for someone. To be someone that kids my age can look at and think ‘Wow i feel so much better knowing that someone else has felt that emotion too’ is my ultimate dream.

What kind of genre, if any, do you consider yourself?

Being with a management called ‘nowucme’ how has that set you apart from other musicians out there?

I don’t know if it’s set me apart at all but doing everything independent without a label definitely has it’s challenges. It’s difficult for people in the industry to take a chance on you unless you have a huge co-sign, but I try my best to not let that affect me.

How has growing up in the South Bay given you some insight about the music realm and if not, how has it not?

Growing up in the South Bay of Los Angeles was definitely interesting. people call it the bubble for a reason. Obviously I’m so thankful to have been raised in such a good community but a lot of people were very similar and I remember struggling because I always felt like being artistic wasn’t traditional or good enough. I knew early on in high school that I was going to pursue music and I remember when people would ask me about college I’d say I wasn’t planning on going and I would always get a look of slight judgement mixed with an ‘ooh okay good luck it’s really hard to make it in music.’ As if I didn’t already know that. I just remember getting so excited at the end of a school day because it meant I could come home and have my house and piano to myself and I’d just sit alone for hours writing and banging around random notes.

Lastly, who has been your music inspiration — past and present?

I wouldn’t say that I have one specific musical inspiration. I pull from so many different genres and moods. when I was little I was obsessed with Brittany Spears. I grew up listening to a ton of R&B/pop because that was what my mom loved so that was a lot of Gloria Estefan, Chaka Khan, Faith Hill, Donna Summers, Prince, Michael Jackson. If I could resurrect any musician it would be Michael Jackson for sure. I think he is so incredible. Through the past few years I went through so many obsessive phases with artists like Nirvana, Kanye West, Purity Ring, Banks, Lana Del Rey, Rihanna, Alt J, Beyonce. I’m literally all over the place.