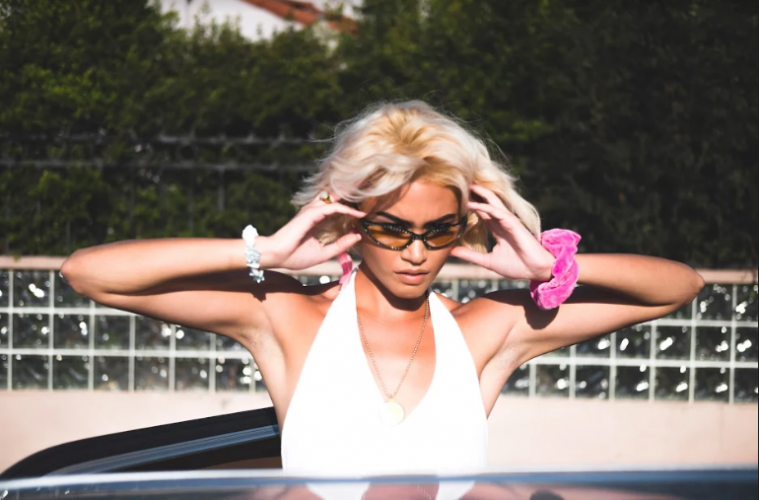 Princess Cyberspace: A Human Girl Living in a Digital World

“Princess Cyberspace is a digital nerd turned popstar who pulls influence from the new world of the Internet and the people who are consumed by it.”

Nothing says human contact more than “liking” your friends Instagram post, scrolling through their Facebook or watching their Snapchat story on repeat.  These are reinforced societal facts that digital pop star, Princess Cyberspace realized. It was with this evaluation of human interaction that the pop star found the desire to musically translate her own interpretation of a society living within an increasingly virtual world.

Meet Rebecca L’Amore, a human girl living in a digital world. In the midst of a time period when people would rather communicate via social media, L’Amore spends her days watching, observing, and recognizing the general population’s newfound desire to obsessively document what used to be considered ordinary life.

L’Amore acknowledges the impact that technology has had on the past, present and future, and in response created Princess Cyberspace, a self-proclaimed digital nerd turned popstar. L’Amore uses Princess Cyberspace, her music and her lyrics to display a stark contrast of poppy, upbeat electronic music, to lyrics full of deeper meanings and a healthy dose of much needed, blunt, honesty.

We were able to chat with the digital queen through our advanced forms of technology, where we discussed her musical childhood, inspirations pulled from the 80’s and what the future holds for humanity.

Let’s start with your background. How did you get started in music?

Music is in my genes. My father was a radio DJ and musician in college, so I grew up with a vast Rock’n’Roll CD collection and listening to music at all times. In the car, in the house, on vacation, etc.

I started playing guitar and writing songs when I was about 12 years old. Since I could not afford voice lessons or guitar lessons, my father taught me basic chords. I spent hours locked in my room practicing chords and writing lyrics. I never exposed this music to the public because social media didn’t exist yet. I never performed because I had an extreme fear of rejection. I also did not feel good enough compared to those who had formal training.

Around the same time, I started getting recognized for my poetry and writing. I always excelled in English, and this particular year, we were learning poetry.

My teacher would choose my poem every day to read to the class, constantly highlighting how my word imagery was “well beyond my years,” and that the poetic references I used seemed to be written by an adult.

When I moved to Boston, Tim Lukas, the owner of Blink Music Studios, discovered me on the street (literally) while singing, and offered me a free hour of voice lessons and life coaching for every hour I worked at his studio.

Two years later, I moved to Los Angeles. This felt like a fresh start. I felt like I could finally be myself and express myself. My producer STEL★LEO and I had been planning this joint project for awhile, but I truly believe it’s the LA spirit and sunshine that inspired us to finally embark on a joint musical journey.

Your lyrical style is completely unique amongst other artists of this generation. You call attention to what some people revolve their lives around:  phones, Instagram, narcissism, etc.  What cultivated this thought process and decision to produce this sort of music?

I am very inspired by the side of popular culture that popular culture doesn’t advertise. I am a natural “people-watcher.” I see things as they are. I say things as they are. I write things how they are. I am brutally honest. Everything that I hear on the radio and listen to on the Internet is near impossible for me to connect to. It is superficial, vague, and doesn’t cut to the core of real life – real digital life – because we really do live our lives digitally now.

Through people watching at Hollywood clubs and bars, I quickly noticed that everyone is addicted to their phones. People don’t even talk to each other because they are too busy Snapchatting. Conversations I overheard were often about Instagram.

After working in mobile technology, I thought, why not write about it? This phenomenon needs to be documented somewhere.

I hope that people look back at my music in 50+ years and visualize what society is like here and now, in The Digital Age. We are at a very pivotal point in society in which we are living both through technology and through real life at the same time. In the past, it was only real life. In the future, with the rise of virtual reality, I imagine that life will be lived completely through technology.

My lyrics are nerdy and computer-y because I worked for technology start-up companies while in Boston so I’m used to being around techies. The sound that STEL★LEO produces is island-y because he grew up listening to Dance Hall on the island of Bermuda.

I didn’t release any of my music while I was in Boston, but listeners on both the East and the West Coast have told me that they can relate, because all millennials essentially live through mobile technology, and my lines are catchy and redundant (a lot like the Internet).

What drove your decision to use electronic music? Do you think this juxtaposes the lyrics and the idea of what “Popular” music sounds like nowadays?

I am very inspired by The Smiths, and how, in the 80’s, they were one of the first bands to pair deeply emotional lyrics with poppy, up-beat tunes. I want to recreate this lyrical imagery, but through electronic music, and as a woman lead singer instead of a man.

I want people to enjoy listening the sound of my songs first, then listen to the lyrics and think, “Damn, this is true; this is relatable. Did she really just say that? Why isn’t anyone else singing about this?”

In regards to the previous question, how does this affect your own persona? You clearly know what is attention grabbing and what people respond to, but  has this affected your own way of life?

Being brutally honest through art and being able to identify societal trends is something that I have always been innately good at. I have always dressed differently than everyone else, had different interests, and talked differently. People seem to either hate it or love it. The people who love it, really love it, so much so that friends and acquaintances imitate the weird things that I do/say/wear/write/put on the Internet.

People used to make fun of me for being weird and different growing up, so I tried to fit into different cliques and clubs with no prevail. Now that I’m older, I realize that my uniqueness and innate creativity, inside and out, is a gift that I am very lucky to have. It took a really long time, and for a producer as talented as STEL★LEO to recognize it, for me to truly be encouraged tap into my creative side.

Clearly, your music is very catchy, but in an age where things seem to go in one ear and out the other, do you think the younger generation who tends to look on the surface of things is noticing the lyrics as much as the catchy beats?  That would also just reverberates your lyrics, which is ironic in itself.

I purposely start my lyrics early in the song, with not much of an instrumental introduction, so that attention is grabbed right away. If people don’t realize the lyrics, then that’s their loss. They are probably the type of people that the Princess Cyberspace persona is based off of.

Describe Princess Cyberspace in one sentence.

Princess Cyberspace is a digital nerd turned pop star who pulls influence from the new world of the Internet and the people who are consumed by it. 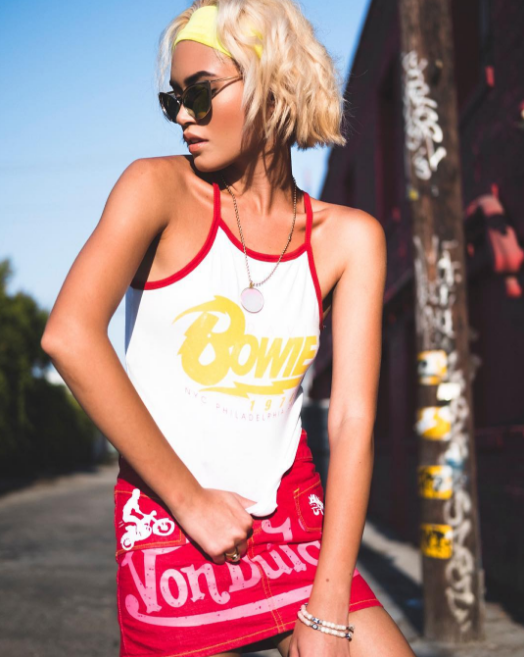 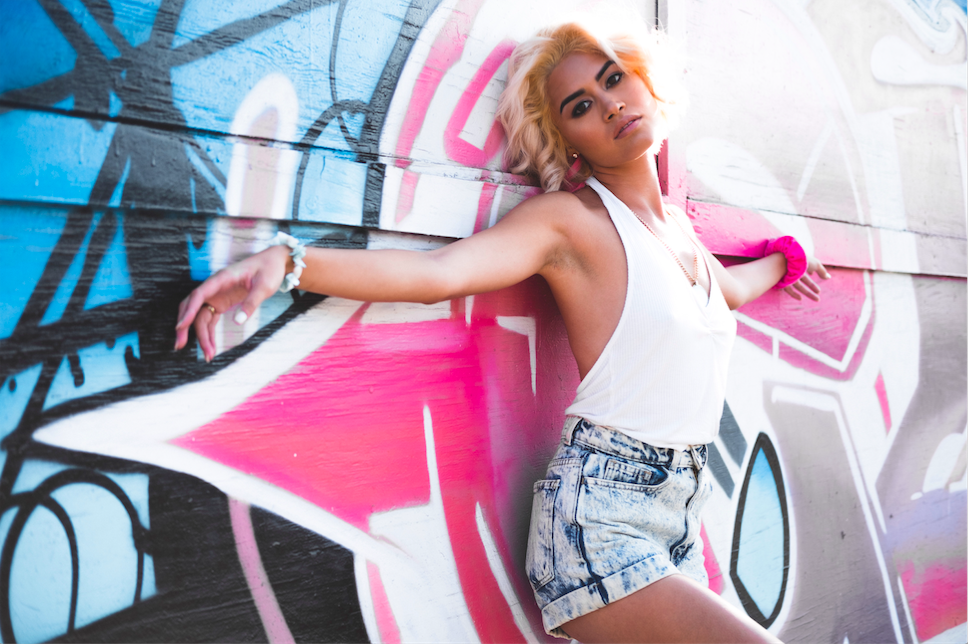 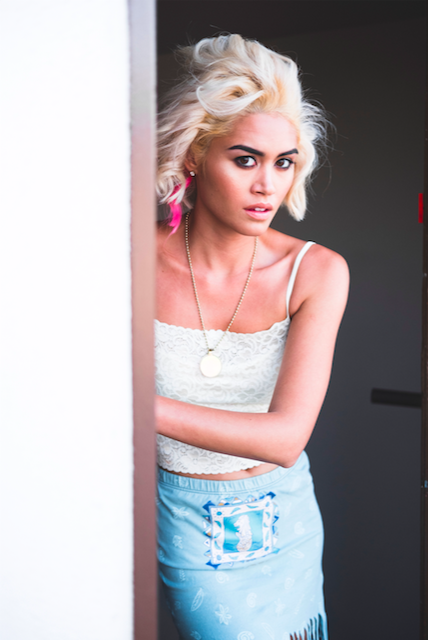 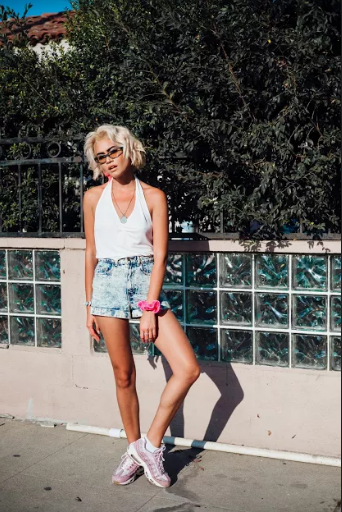 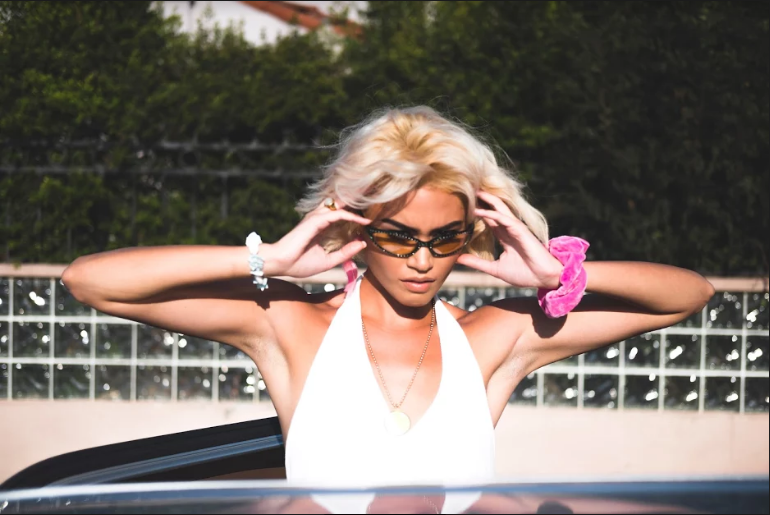 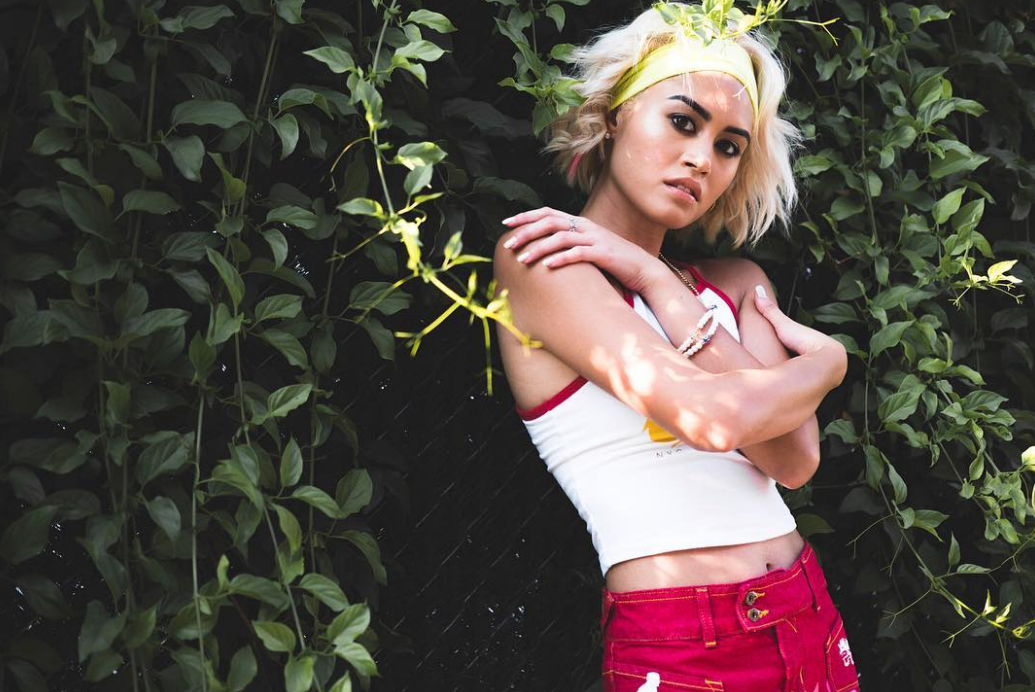 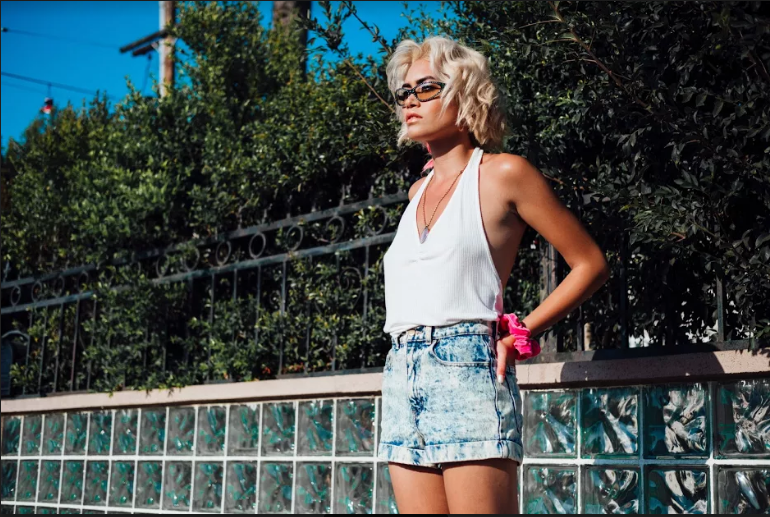