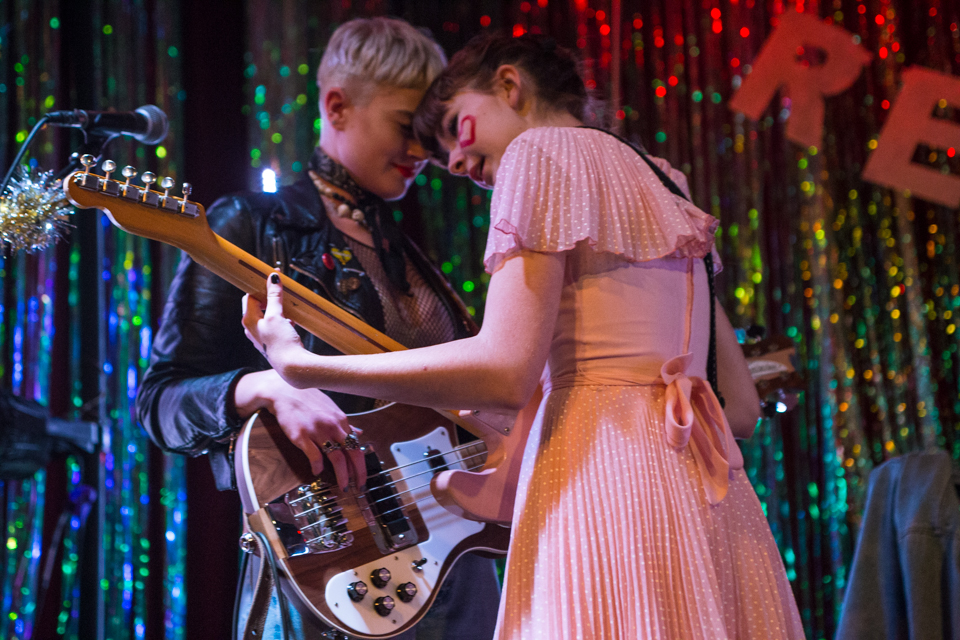 Where My Ladies At: Girlschool Festival’s Unforgettable 3 Days

Have you ever looked at a music festival lineup and thought, “Where my ladies at?” Have no fear, Girlschool is here.

The Girlschool Festival is an event that showcases and celebrates the artistic talents of all identifying female artists of every race, religion, sexuality, and background. Girlschool is a unique festival for many reasons… let’s not state the obvious. The collective directly gives back to their supporters and the community in which they thrive in: Los Angeles. Fittingly, benefits from the showcase go to the Rock ‘N’ Roll Camp for Girls Los Angeles, which is a social justice organization aiming to “inspire girls to be their best selves.” The vendors at the Girlschool even directly catered to their mostly female attendees (ie: organic tampons). Yes, the festival focused on the talents of female artists, but everyone was welcomed into the intimate Bootleg Theater that sits on Beverly Boulevard with open arms.

LA resident and musician, Anna Bullbrook, got the idea for Girlschool when she felt a hunger for women’s presence in the music scene. Around the world there are tons of women that are producers, DJs, sound engineers, solo acts, leads of bands, and much more; we have always been present, but not always given the opportunity to be heard. Most upsetting, women are constantly being overlooked at music festivals, and when they do play festivals, women are rarely slated as the headlining acts. So, this gaping music industry void ignited a fire within Anna to bring together and expose more female artists. With the help of her peer, Jasmine Lywen-Dill, as well as a group of fellow female friends, Girlschool began to gain traction.

Bullbrook has often talked about the importance of “women’s excellence” and what the means to us as a community. With Garbage’s Shirley Manson kicking off the 3-day event, those words seemed entirely appropriate. Friday night began with talks of a revolution – maybe not that serious, but it felt like we were getting there. Without a doubt, the inspiring and passionate Shirley Manson interview was a favorite moment for the majority of the attendees. The charming, vehement punk icon spoke with a dark sense of humor about her endeavors as a woman in the music industry and she did not spare any details. Not that anyone expected her to, of course. When she took one of the questions from Girlschool’s Eve Barlow, she answered it, and elaborated, a lot. Manson did not preach about what to do and what not to do as a woman, but rather she spoke with the crowd like we were her friends asking for advice on how to navigate through life at such a controversial time, to which she could only respond with, “women’s sexuality is the most powerful currency in the world.”

The Q&A segment touched on a number of important things like dealing with feelings she had as an “outsider” within Garbage, how sexism can be can be just as hurtful coming from other women, and how politics are impacting women in modern day life. Manson has had her fair share of amazing ups and terrible downs as a woman in the public eye, yet has continued to stay consistent, uncompromising, and all around badass. The energy of Manson’s speech continued through the entirety of the invigorating 3-day festival with workshops set in the afternoon and musicians hitting the stage at night. Every night brought us an eclectic group of powerfully artistic women from a range of genres and subcultures.

The lineup was as diverse as any music festival could be and there certainly was not a genre left out. Kona opened the weekend on a smooth note with her sexy, bass-heavy, bedroom tunes. Each artist overwhelmed the crowd with a different feeling, whether that be sexy, emotional, nostalgic, angered, or happy. Francisca Valenzuela, a passionate singer from Chile, created an emotional vibe of solidarity between the women in attendance as she sang about worldly issues in her native language. The set was intimate and heartfelt with just her piano and two backup vocalists. It made me, and others I’m sure, appreciate the event and the diversity of Los Angeles even more. VOX, one of the many LA natives, has been one to watch for some time now. The solo-singer-songwriter, clad in white ended her set with a chilling acapella rendition of “Cry Me a River,” and left her voice echoing throughout the theater.

It’s 2017 and women in music are still looked at in a particular light, not only in the music industry, but in everyday damn life. Women often are pigeonholed into pop music; they’re  judged, more often than not, by physical appearance rather than their substance and talent on stage. Unfortunately, people are apprehensive when it comes to all girl bands; there’s always a forewarning along the lines of “they’re a girl band… but they’re actually really good!” As if being terrible was the norm for girl groups. To these people: get a grip, you’re missing out.

Girl School was not only a movement of empowerment, it was an opportunity to discover some of music’s best new artists. The Wild Reeds are an encapsulation of women empowerment. The three women, all lead singers, played a set full of breathless harmonies and raging folk instrumentals, utilizing the harmonica and accordion to enhance their country/folk sound that they do so well. The Regrettes wowed the crowd with their simple, yet fresh garage-pop tunes. The extremely young (ages 16, 18, 18, and 19) band sang about the joys and tragedies of being a teen girl, from zits to straight up dealing with assholes. While the Regrettes, aesthetically, had a more vintage vibe reminiscent of 60’s doo-wop, Starcrawler took us back to the late, and loud, 70s. Starcrawler had the most interesting set of the weekend. The group was thought-provoking and honestly, people weren’t entirely sure what was real or just an act.  When the lead singer began to bleed out of her mouth I was pretty sure it was all for play; At least I think it was. Either way, the band easily gained a swarm of new fans. Similar to Starcrawler, rapper BOYFRIEND, brought the house down with her over the top production, heavy beats, and her never-ending dirty rap lines. As far as crowds go, BOYFRIEND may have had one of the biggest turnouts.

Although Girlschool festival only happens once a year, here’s to hoping that other festivals take note: women rock.

All photos shot by Silver DeStouet. 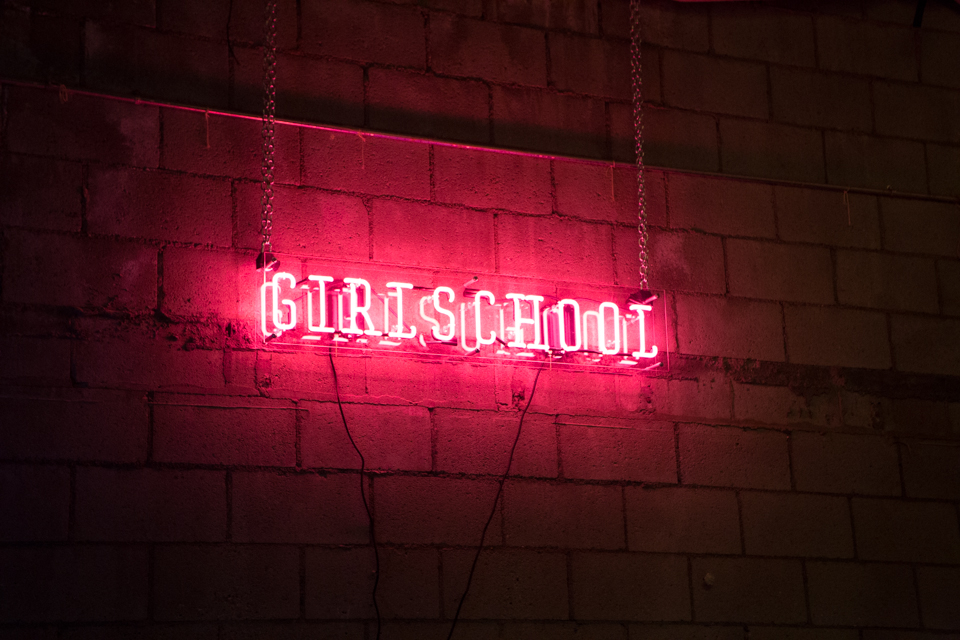 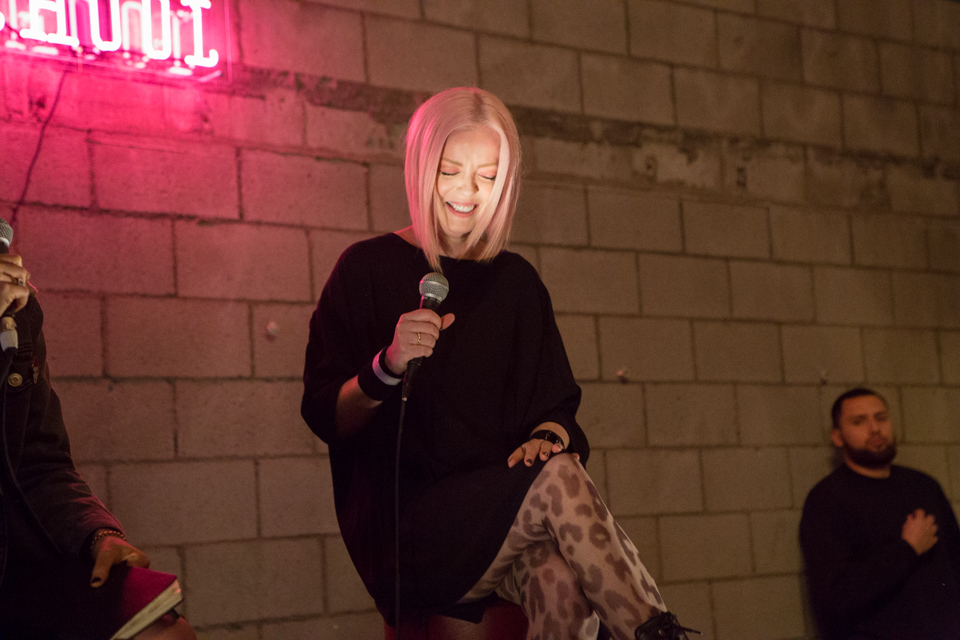 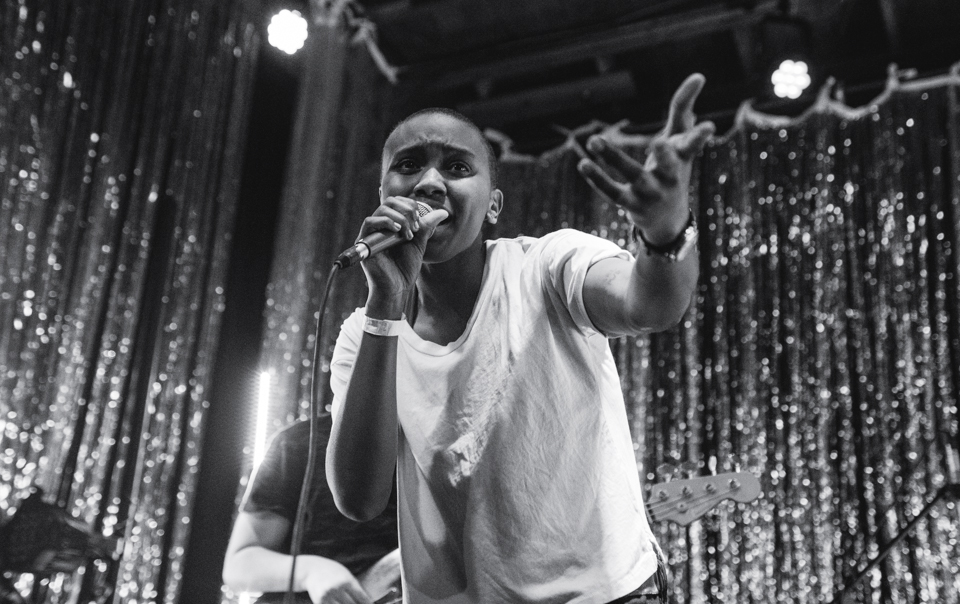 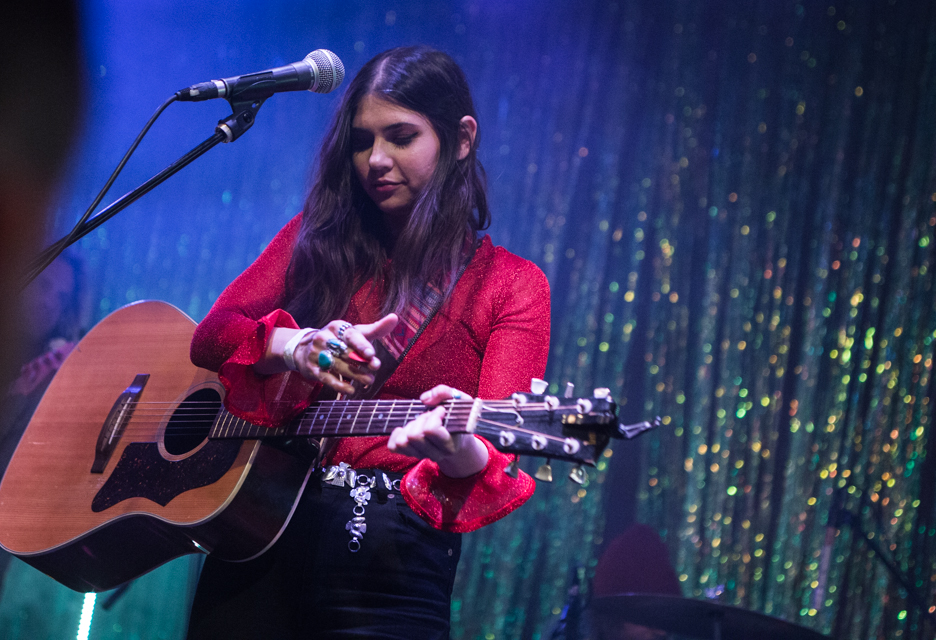 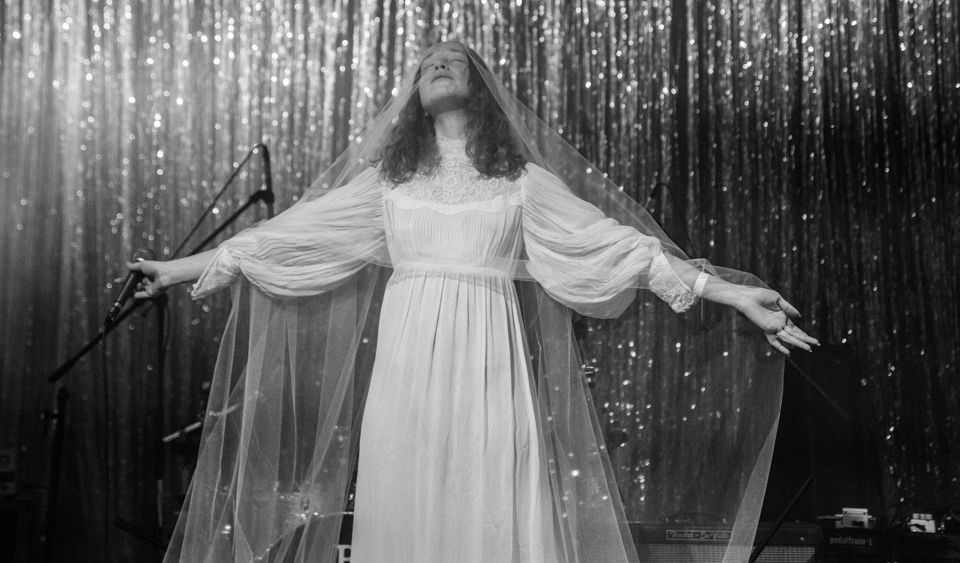 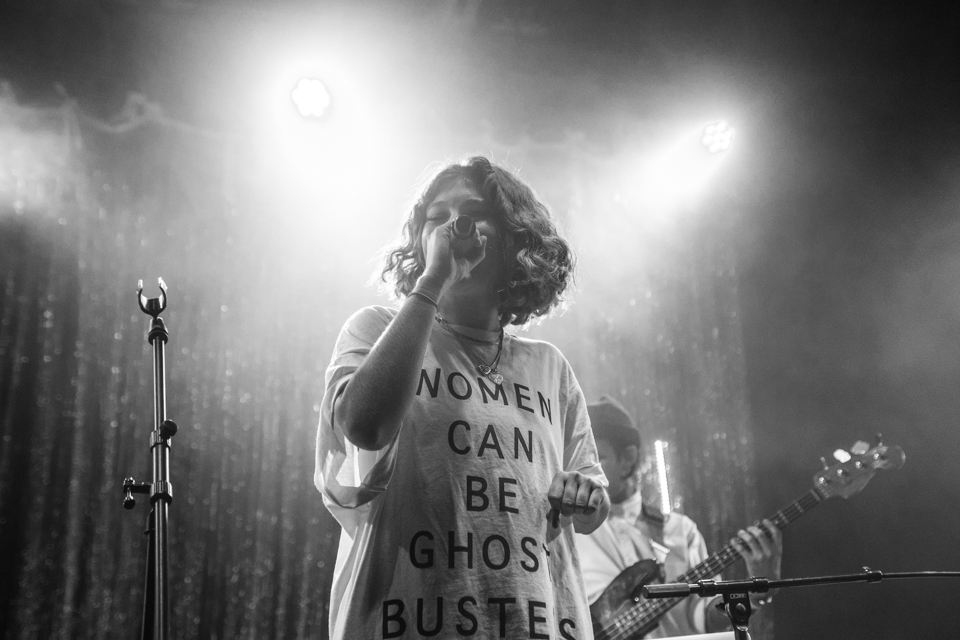 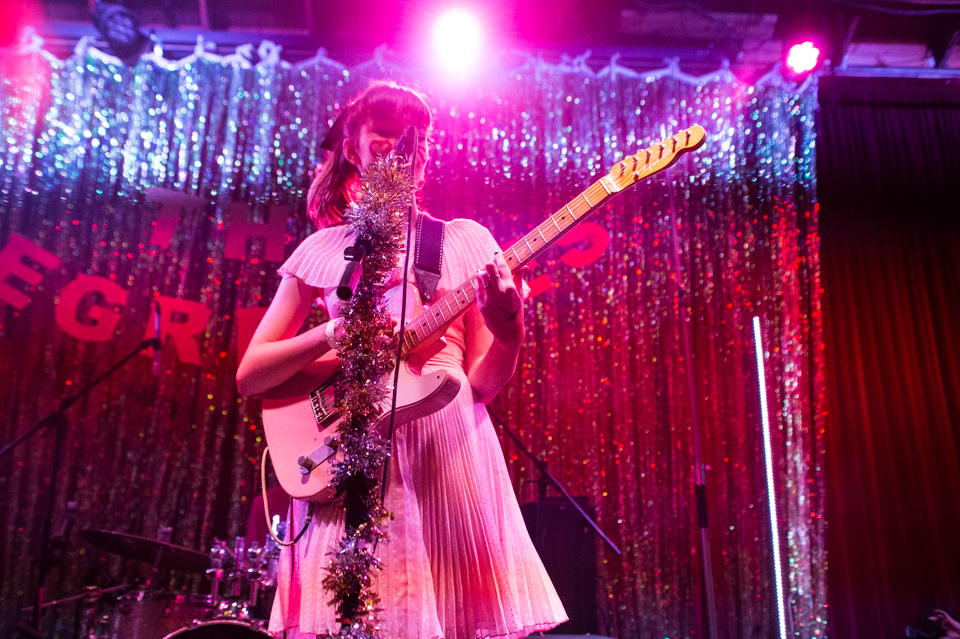 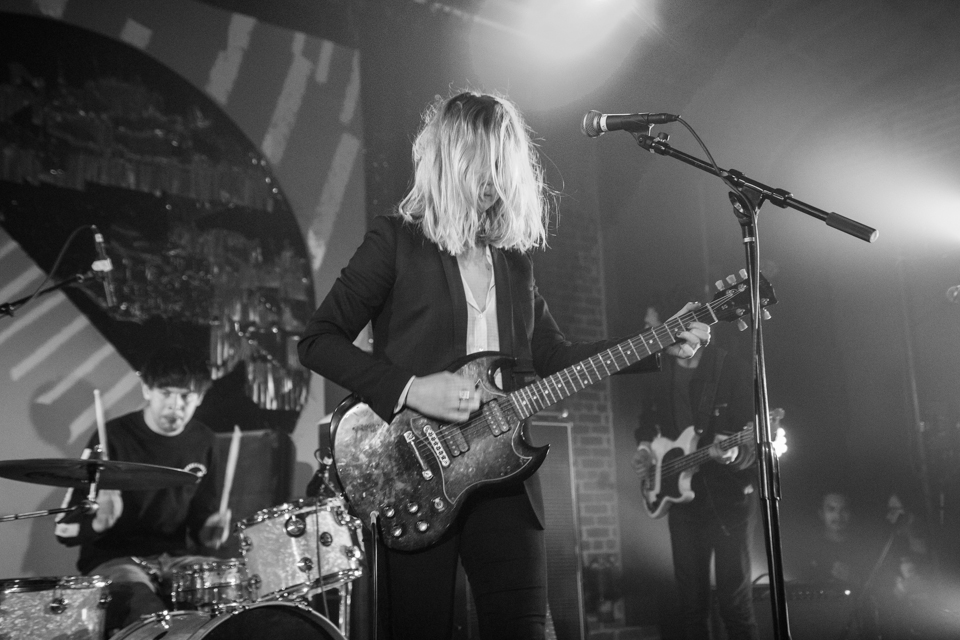 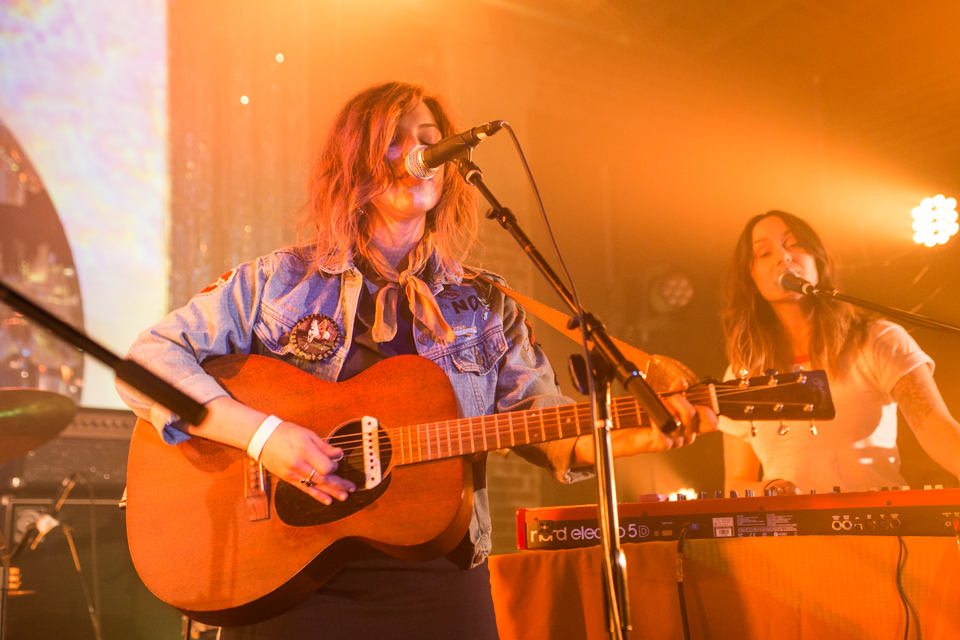 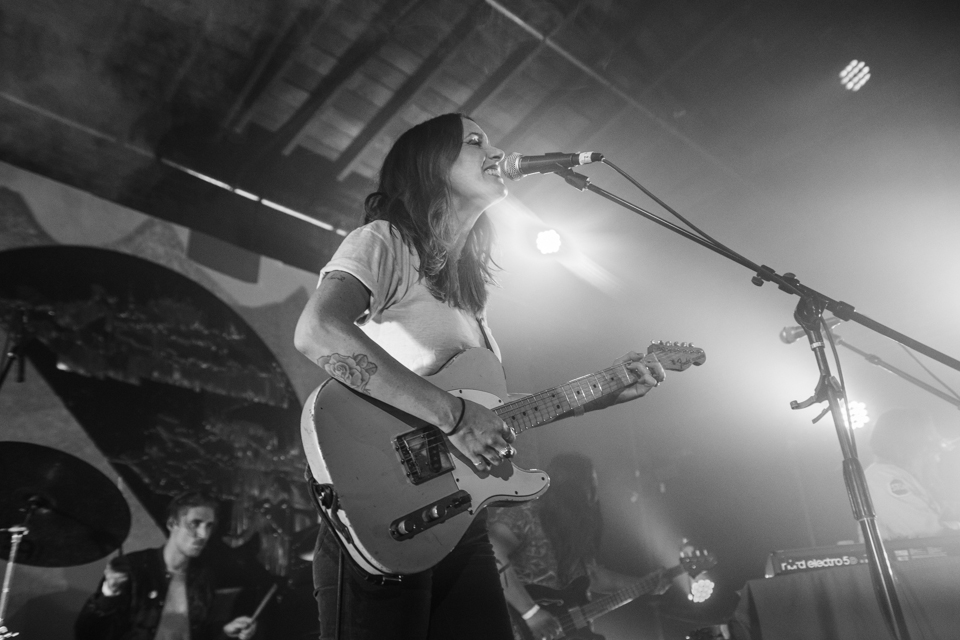 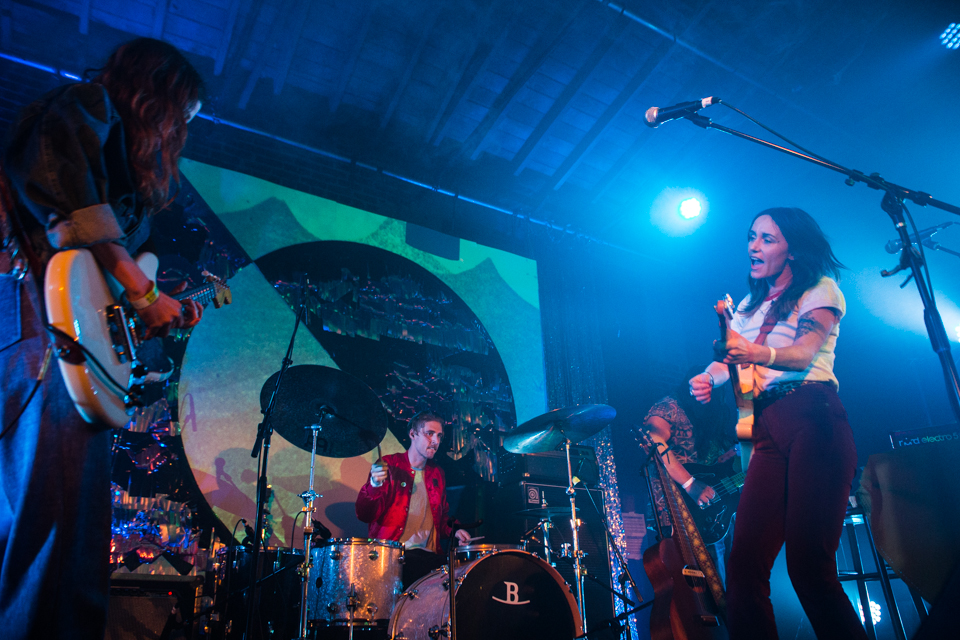 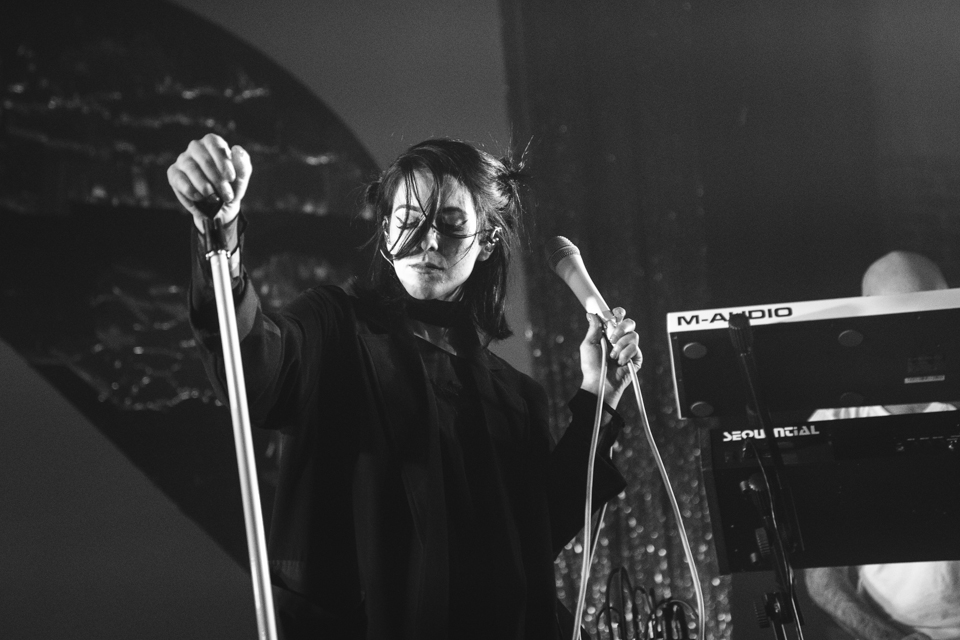 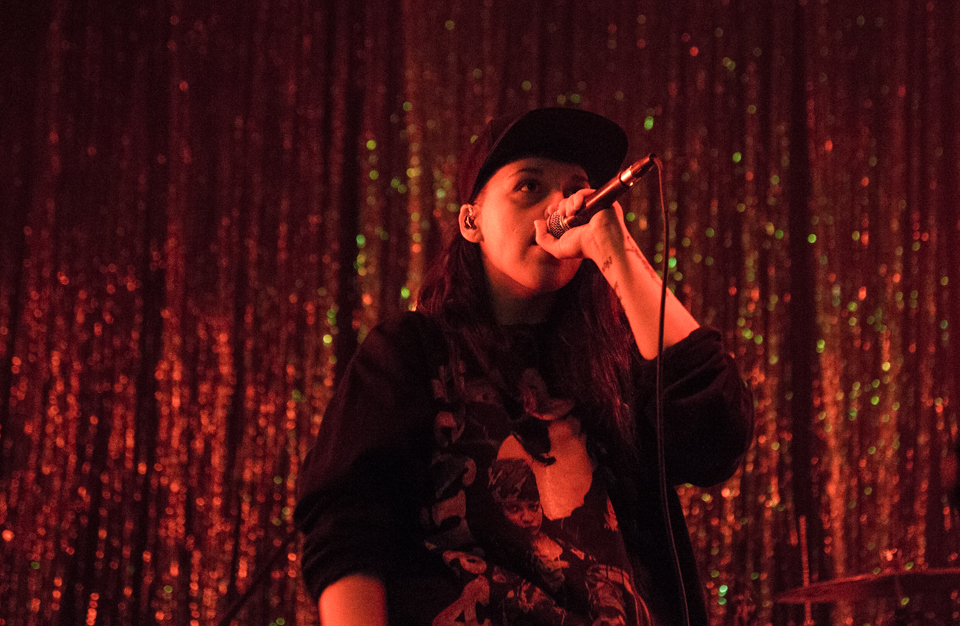 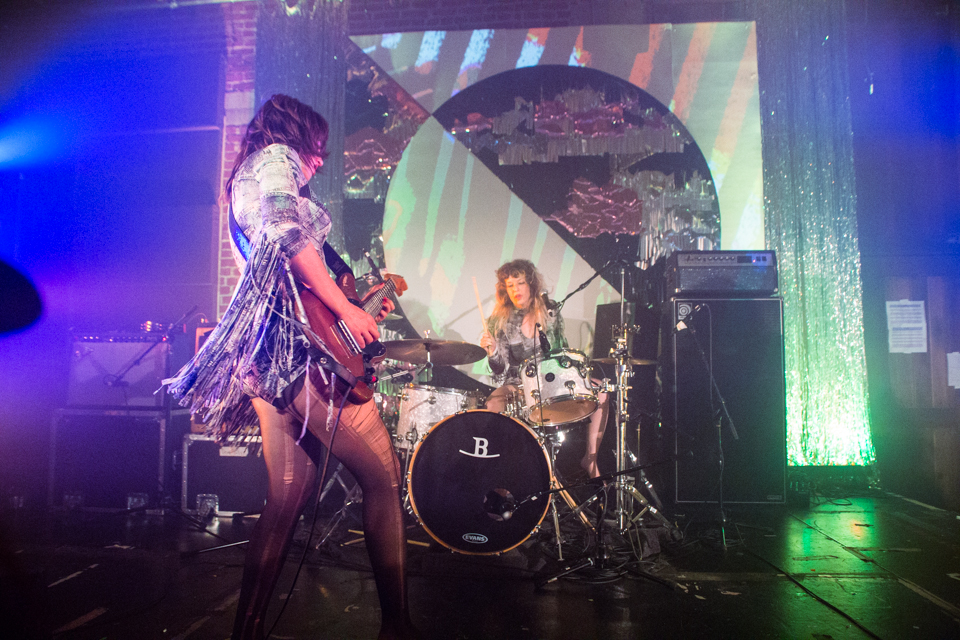