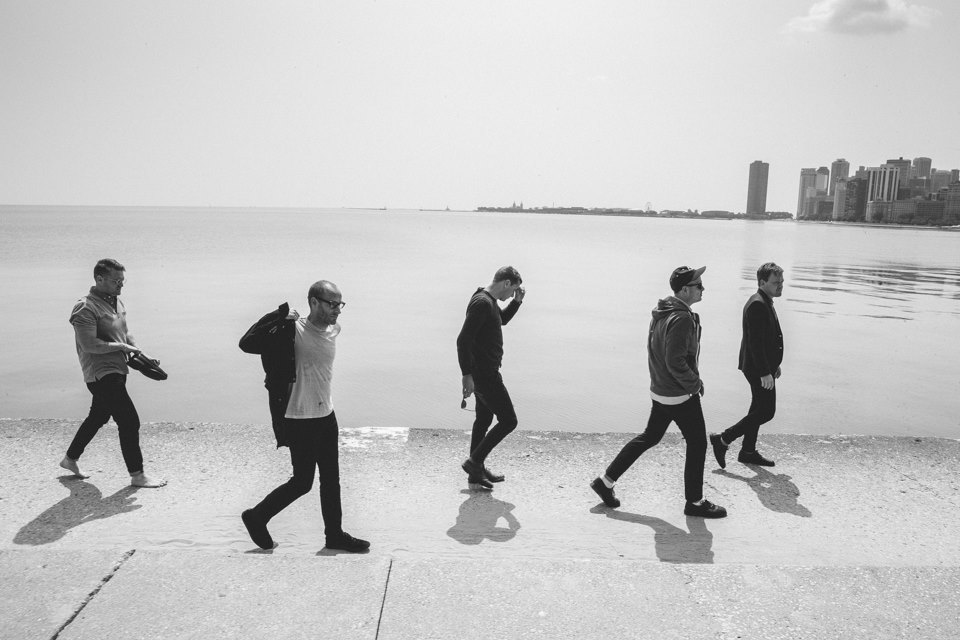 The musical world is ever changing, new genres are created constantly and artists too can modify and evolve just as frequently. This is what attracts hordes of music lovers to now veteran indies, Cold War Kids. Touching on a plethora of genres, the party of five continues to propel their sound forward, changing and maturing within the music sphere, while never losing touch with the sonic panache that helped to establish them as the distinctive band they are today.

The Long Beach, California based group has for over a decade made themselves prevalent within the music industry. With a debut album, Robbers & Cowards, that was met with high acclaim within the blogosphere realm, the band began experimenting with different styles and sounds on albums that followed. From the narrative, the blues-infused, the flat out indie rock, and the poignant soulful tracks, Cold War Kids have dabbled and have found success in an array of genres.

Five dynamic albums later, Cold War Kids continue to prove their relevance in blurring the melodic boundaries between the superfluous genres that are created at the drop of a blog post. As the band begins a North American tour, Nathan Willett lead singer and guitarist, took some time to talk to us about ironing out the wrinkles, fresh band members and an entirely new recording process.

With nearly a decade under your belt and the release of the fifth album, Hold My Home, how has the recording process matured or differed from the previous four albums that have been released?

It was the second record we had made in our home studio in San Pedro, and the second that our guitarist Dann Gallucci produced. This is the first one that we had our friend Joe Plummer play drums on. I think it was the most productive time recording, the one with the most shared vision going into it.

Is the second consecutive time the group has decided to use the home studio space in San Pedro vs. a rented space? Does it feel like this will be the permanent way to record any future albums?

Yeah, give us Dear Miss Lonelyhearts was also recording in San Pedro. We made a big choice to convert our practice space into a recording studio for the last record and it was only kind of to end the last record. “Miracle mile” and “Tuxedos” were the last two songs from that album that we felt like we were really hitting on something that we wanted to achieve again quickly.

Five albums mean a lot of lyrical writing experience; does this process ever get easier for you personally? Or do you notice it getting easier for the band as a whole?

I think it gets easier. I know for me I had a particular way of working for the first couple albums. When you’re writing the songs only for yourself and a handful of people, and it gets released and a lot of people loved it, like our first album, then a lot of people have expectations for how the next album should be. I think I was trying to go through a process that was saying ‘Well how important is it to me that I get to do what I want to do, versus what other people want me to do, and how scared am I to be criticized for what I want to do.’  It was something I really struggled through and I think I was probably pretty inhibited because of that and all that scrutiny. I am happy to come out on the other side of that though and still be able to write songs that a lot of people are hearing. I think people still probably wish we did what we did on the first album, the narrative story type songs with themes. I think if people are paying this close of attention then we are doing something right.

With a new guitarist as well as a new drummer, how has the group synchronized with both styles to create a sound all of its own?

Yeah, I think in the sense of starting the band and not really knowing how long it’s going to last. Everything was very much about  just being in the moment and I think when real life hits, getting a little older and looking at what we’re doing I think about these two guys who have been in bands their whole life and are devoted to what we’re doing.  I just think we needed that kind of security for moving forward. It feels like we can approach it like everybody comes in and knows what they’re contributing.

This fifth album sounds very different from your first album release, Robbers & Cowards. Does the group consciously try to make each album sound different from the last? How do you think the sound as matured or grown in the past decade?

I think for us we are always going to be aware of having part of what our sound is be what it has always been and finding ways to push it forward. Yeah, I think there’s looseness in the style of the early stuff that people love and I think that in some ways we definitely modernized some of that, smoothed out some of the wrinkles. We also want to keep some of them intact, that’s part of the fun of what we do. You should go in to write songs kind of walking this line of wanting to preserve the things you have always done, but also wanting to break out of that box and do something unexpected.

It seems like Cold War Kids is constantly touring. How does life on the road take a toll on both you and the group? Is it still as exciting as it was in the past?

Touring is definitely the thing that is the highest highs and the lowest lows. Performing for people and finding those moments with an audience where you can really transcend where you’re at are the best. The loneliness and the kind of feelings of isolation and strangeness that comes with being in a different place all the time is hard. I think you just have to learn how to take care of yourself and have a vision for what you’re doing. For me just looking at the next thing is always most important, looking at the next music, making live performances better or reworking old songs. You can drive yourself crazy because you are constantly thinking of things band related.

Is the group influenced by the music you find yourselves listening to?

I think there was a time when I thought by listening to one thing it would have a huge effect, but I more than ever realized we always end up sounding a lot like ourselves. That’s a really good thing.

We are always listening to a lot of old stuff. We are always going to be drawing from older stuff, like Bob Dylan, Leonard Cohen, The Clash and David Bowie. I love the new D’Angelo record. I love kind of modern indie stuff; we are basically listening to everything out there.

Cold War Kids are currently on tour through North America, for tour dates check out www.coldwarkids.com.