Made in the Bay: Colin Taniguchi Makes Graffiti-Inspired Pieces That Embody The Bay Area

This is a preview of our feature on Colin in upcoming issue 19, out March 28th. Available for preorder here.

Everyone had a stash box growing up. It was the best-kept secret from your parents; the treasure box from your childhood. It held everything that you didn’t want to share with the world: drawings, photos, happy meal toys, letters to yourself, and love letters. A ripping hit of nostalgia takes over your body once you revisit these moments of your youth. These same feelings resonate through Colin Taniguchi’s world of vibrant illustrations. Born and raised in the Bay Area, Colin’s “treasure box” takes shape through his wildly colored and graffiti-inspired pieces that embody the West Coast lowriding culture he embraces. 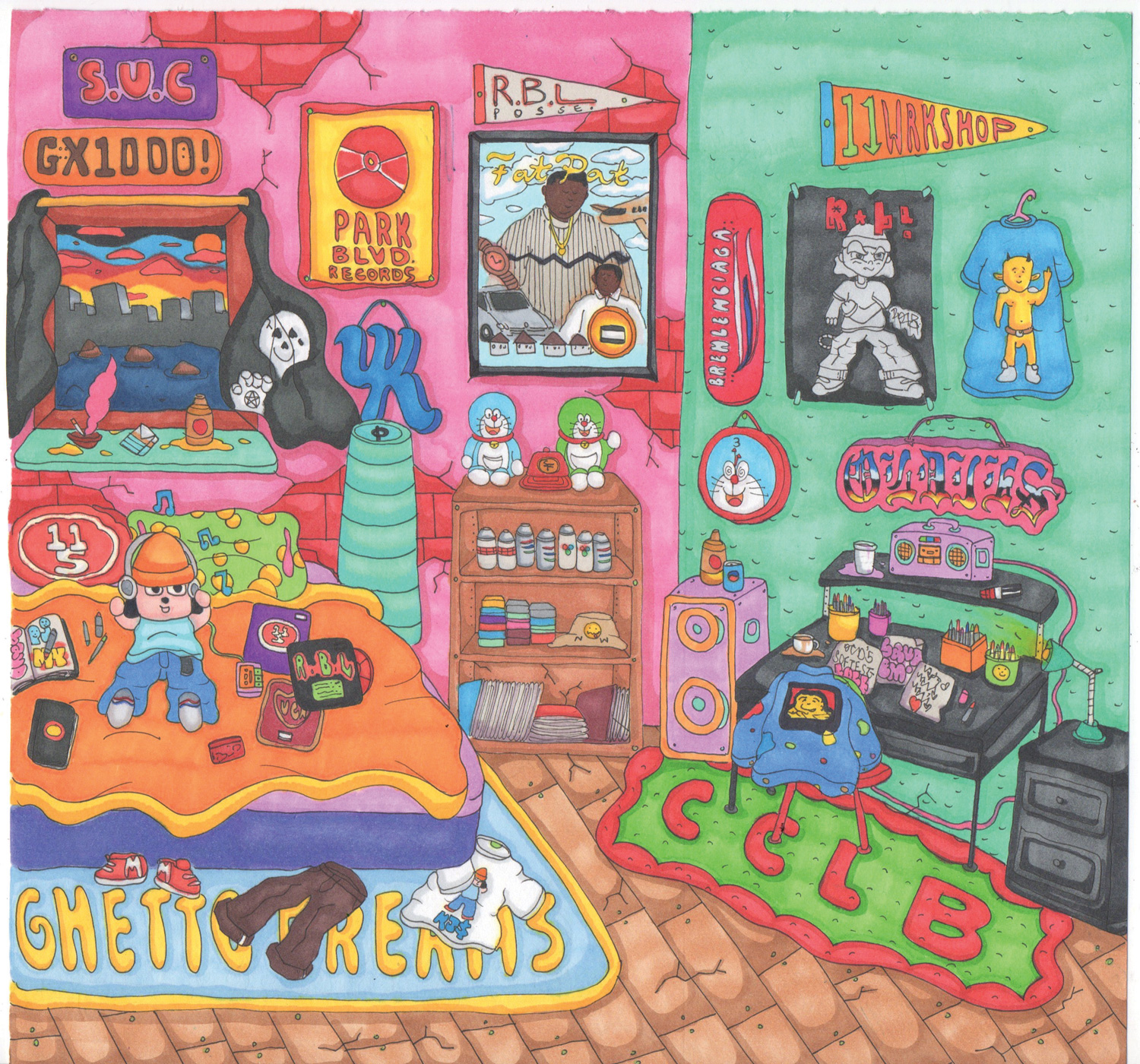 Tell us a little about yourself and how you found the style you got into.

I’ve been drawing since I was three years old and doodling on my dad’s notepads. Having grown up in the Bay there’s hella graffiti everywhere so I was trying to replicate that. It’s morphed into what I draw today. The stuff I draw is what I did as a kid, like block letters. My dad also used to draw, so I’ve picked up style from seeing his drawings. All of the hyphy movement stuff influenced my style as well. They used to have sick ass covers. My style has always been colorful so I brought that to current day things.

The Bay Area plays a huge part in what you portray in your illustrations. What was it like being born and raised in the hyphy movement?

That’s the reason why I draw what I draw. I was eight or something and my dad gave me an RBL tape and some Dre Dog. Ever since then I have been into that type of music. That old school G-funk and Mob shit. My cousins were also into the hyphy movement around 2006 and the MySpace era. All the crazy headers and graphics inspired me too. I didn’t know how to code and do it online so I drew them. I want to make work that people look at and know exactly where I’m from. 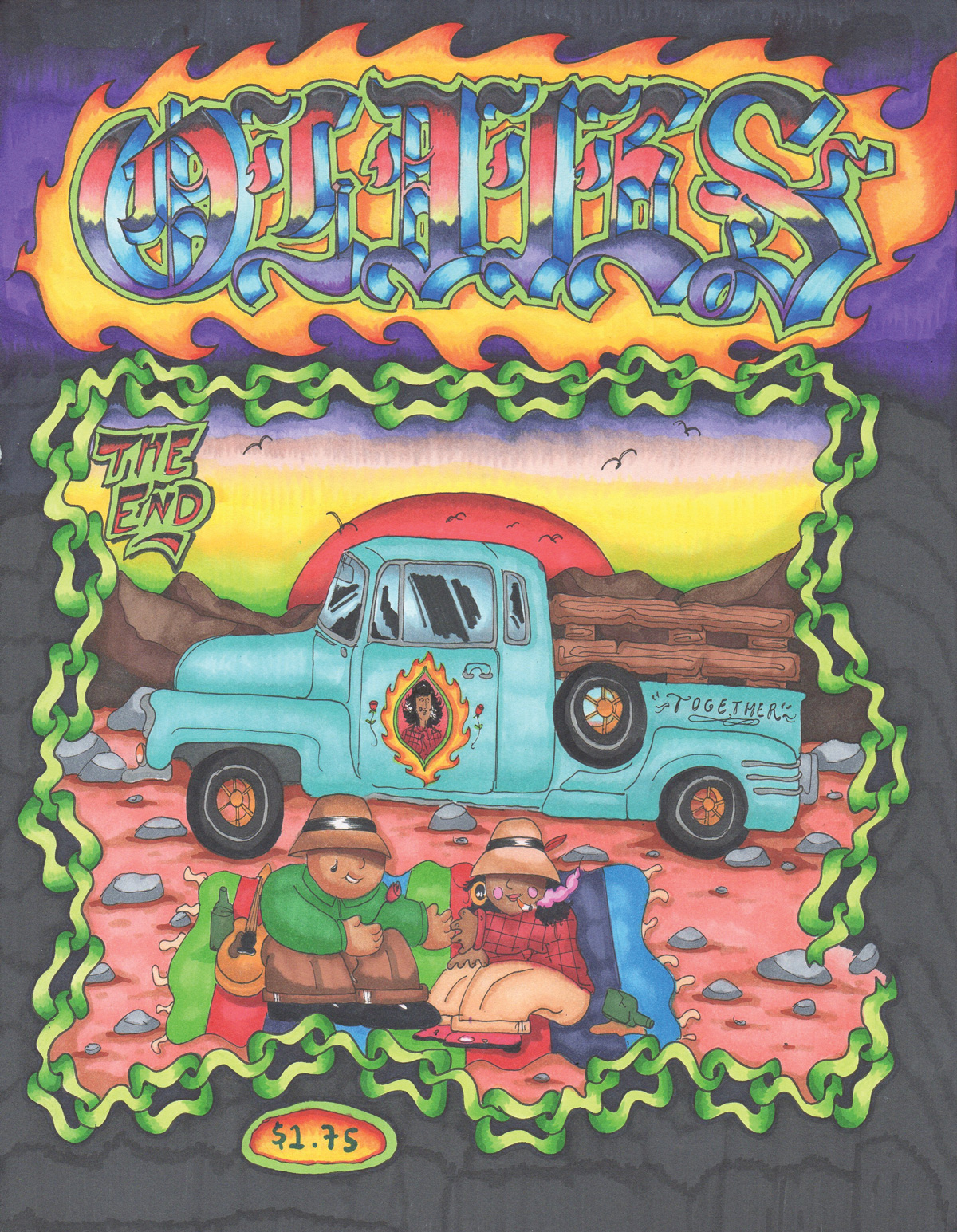 So why does your heart rest with the Bay Area?

I love everything about the Bay. We have the culture, the rap, the lingo. We got sideshows, the way people dress, beanie flips. We have Mac Dre and E40. It’s a melting pot too, with all races coming together. All of it becomes a Bay thing. It’s cool being from where everyone wants to be.

If you could do an album cover for any artist, who’d it be?

RBL Posse since it was the first cassette I ever got. I’ve been slapping “Don’t Give Me No Bammer Weed” since I was twelve. It’s dope because I put some RBL posters in my drawings and they hit me up and sent me a bunch of stuff. They found out I was including them and he just found my work online. He’s been supporting ever since. Some homage shit. 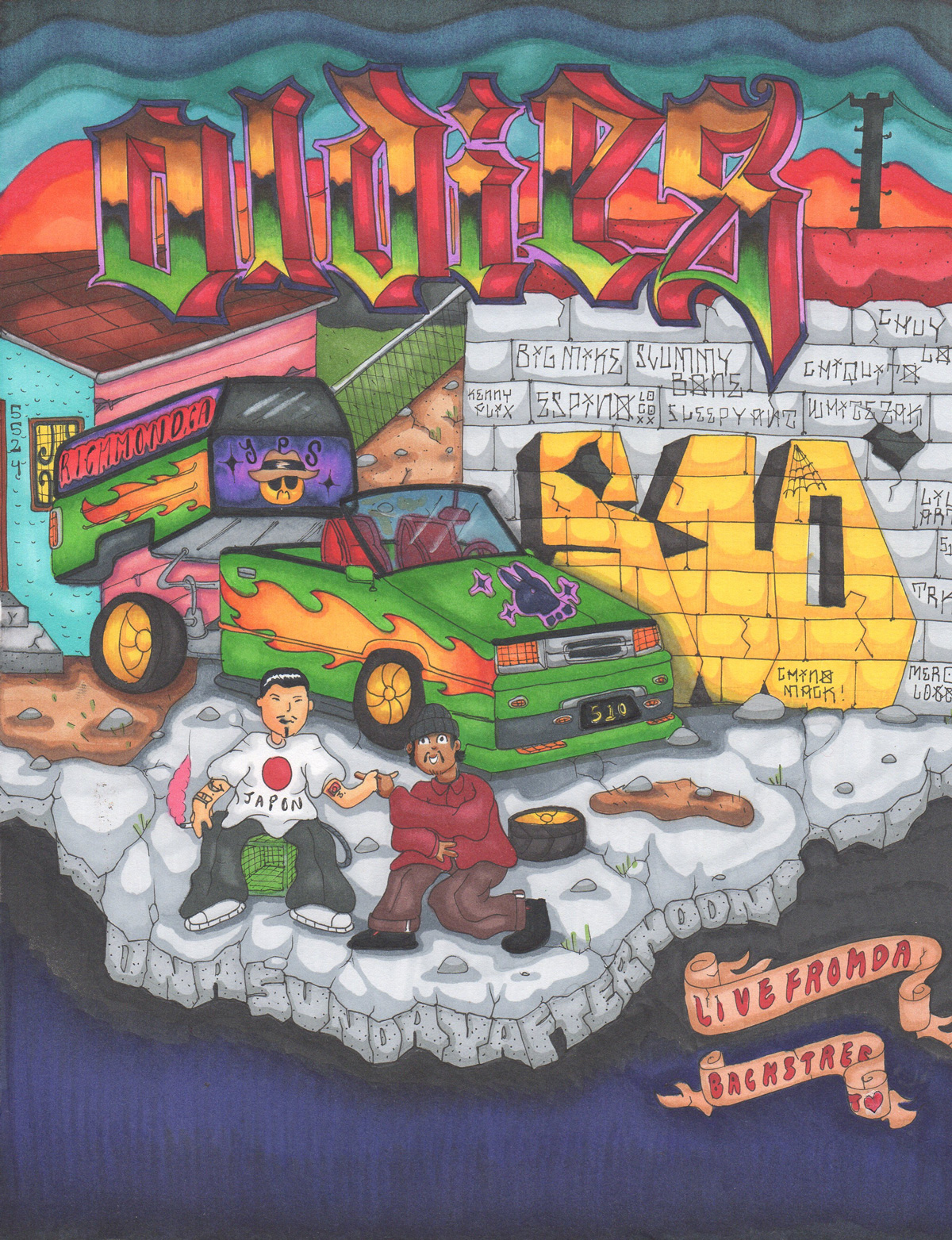 What are the next big plans for you?

Thinking ahead makes me scared. I want to have another art show out here in the Bay and have all the homies come through. I want to do one for my hometown. Other than that, just cook with other artists. Lately, I’ve been doing drawings where I’d start it and another artist would finish the other half. I want to work with more people that love drawing and make it into a magazine like Teen Angels. I like helping people. The best I can do is find the like-minded people and help them and the homies out. I want to let it all happen naturally. I want to work hard and whatever happens, happens.