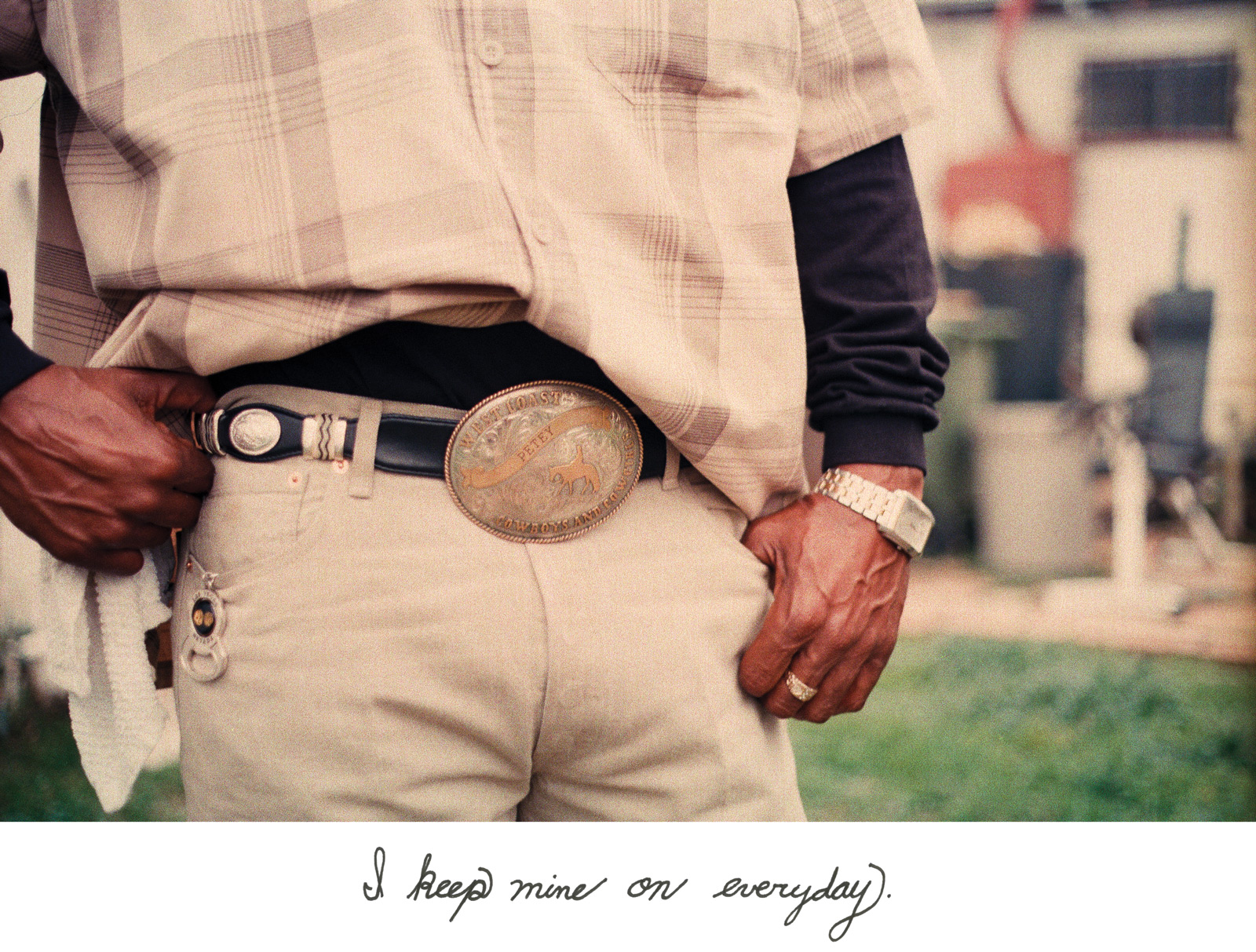 Just as certain works of literature can radically shift our understanding of language and expression, there are a select number of photographers that can transform our sense of what makes a photograph and why. Around 1963, in the midst of social documentary photography, the term “snapshot aesthetic” entered the vocabulary of the fine art world; by the late 20th century, photographers like Nan Goldin and Larry Clark were using the medium as a vessel to observe and expose the private, intimate lives of those around them. Several decades later, Pasadena-based photographer Edward Cushenberry has found his own way to reconsider the genre, carry on the likeness of those previously mentioned photographers, and unapologetically capture subtle and vulnerable moments in his subjects’ lives.

With the use of 35mm, Cushenberry’s photographs communicate his relationship and closeness with those around him. The weight, shape, and mobility of his Olympus OM-1 allows him to not only observe and confront his subjects, but also participate in the moments he’s documenting. A moment that might seem insignificant to one may be significant to another, and with Edward Cushenberry’s work, we decide what means something to us. 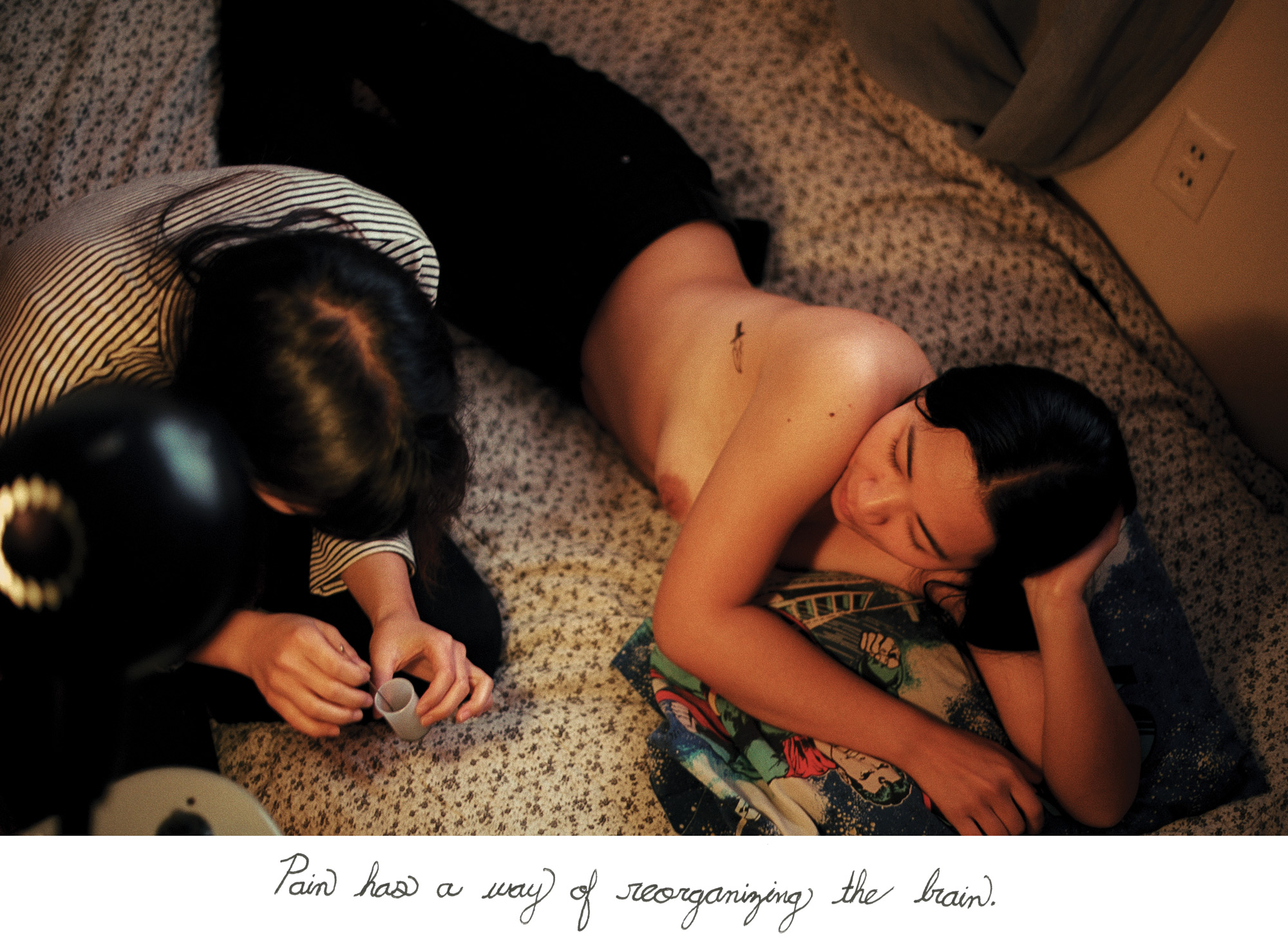 In his newest body of work, “These Are The Moments That Keep Me Up At Night,” we play voyeur and watch as relationships between men and women, men and men, women and women, and subject and photographer play out in disheveled bedrooms, all-too-familiar looking bathrooms, and what looks like the backseat of your older brother’s car. Using text to accompany each photograph, Cushenberry guides his viewers into the minds of the people they’re looking at. Who are these people and why did he decide to photograph them? We sat down with Edward Cushenberry in his studio in Pasadena to find out just that.

“They’re my really good friends, members of my family, my dad, my ex, and just people I can’t imagine living without,” says Cushenberry. “They’re people who are close to me that are willing to open up, show their vulnerability, and share their life with me.” 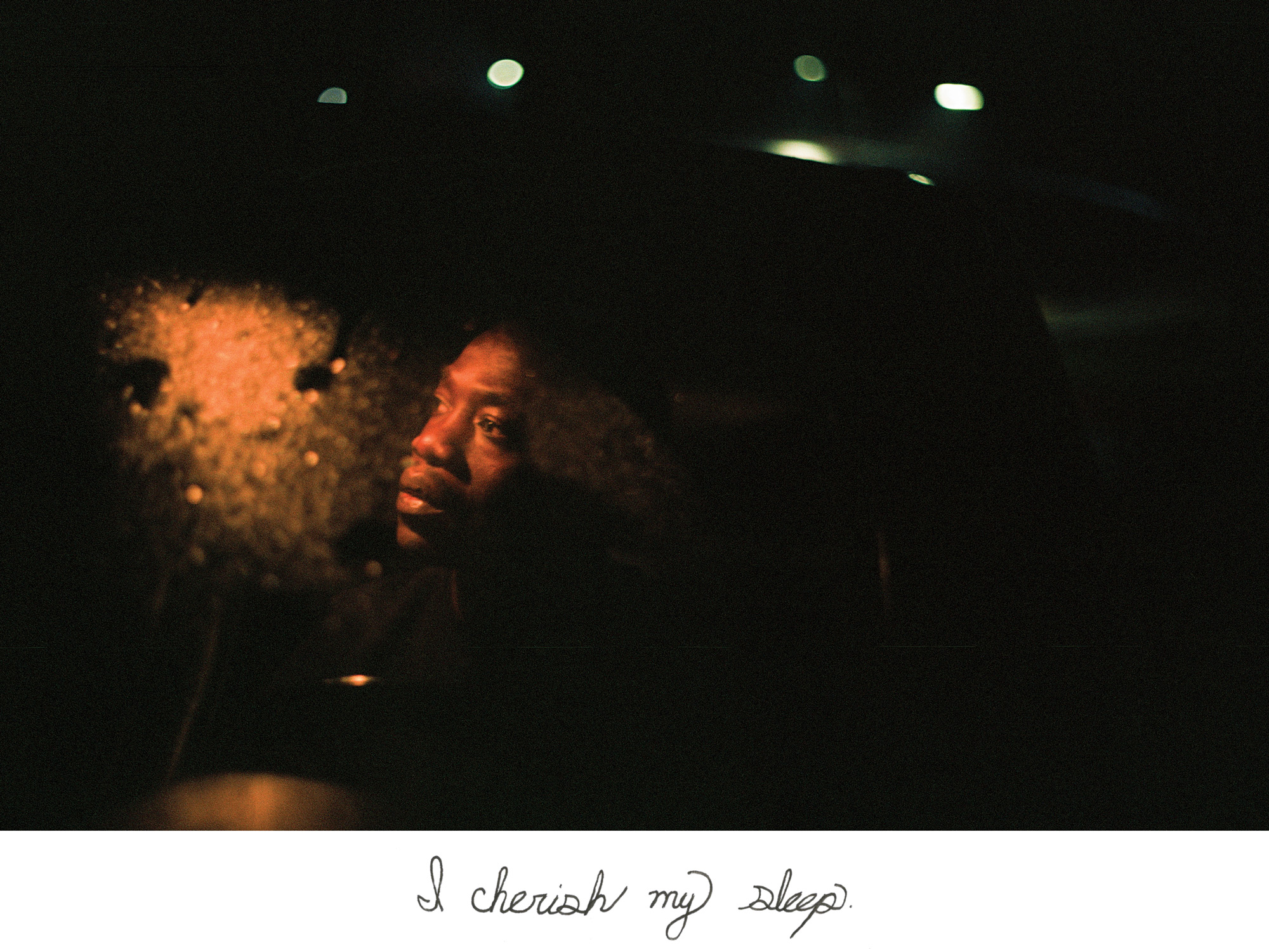 As a student at Art Center College of Design in Pasadena, Cushenberry began this body of work not only to examine and capture the relationships around him, but to also escape from his own reality. “So I literally lived at Art Center for three years. I used to sneak into the office after hours and sleep there because I couldn’t afford a place to live,” says Cushenberry. “I didn’t have the energy to drive back to Orange County and stay at my parent’s house, so Art Center was my home. Leaving that office for two hours meant everything to me so I’d usually take any opportunity to go to one of my friends houses to hang out and just get away and do something fun and exciting. Shooting was my way to escape. I’ve always had an interest in photographing people and capturing something outside of myself. I looked at this series as my opportunity to do just that.”

Although Cushenberry’s style and aesthetic is somewhat familiar to us, what separates his work from both his predecessors and his contemporaries is his willingness to document communities that have for the most part, seen little to no recognition, and to ponder the meaning of how the contemporary notion of “blackness” can limit identity. If we turn to history, specifically in the field of photography, men and women of color haven’t been equally represented; they’re instead marginalized based on the color of their skin or their socio-economic background. What’s significant about Edward Cushenberry’s work is he’s found an unassuming way to explore race, identity, and gender without trivializing his subjects in the process. He’s used the medium to show men and women of color behaving in a human way, not a racially specific way. “It seems like in photography, it’s always how white people are dealing with issues,” says Cushenberry. “My photographs are about my life, my friends, and what I see. My friends just happen to be mostly women and minorities that are going through the same things other people are going through. I guess I’m trying to normalize the idea that we’re just people and try to focus on what my life is about and what my experience is.” 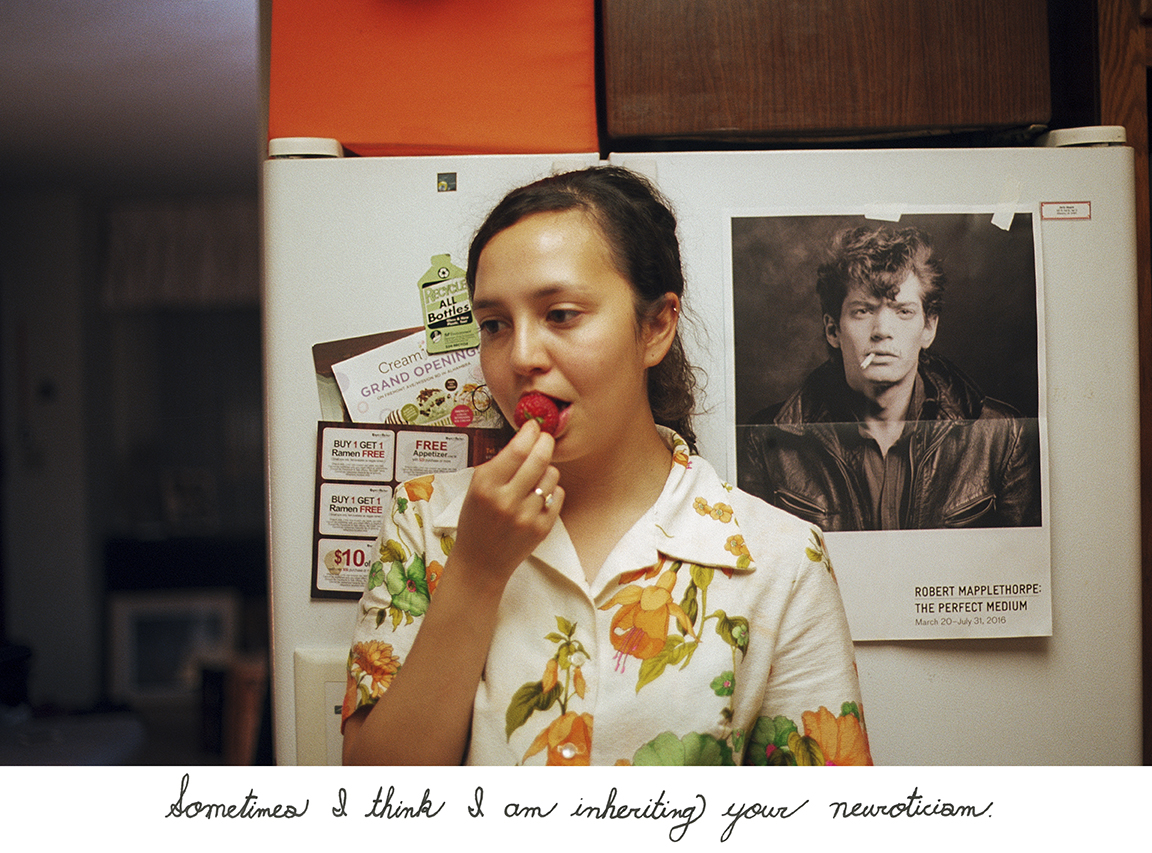 Considering our current political climate and Trump’s presidency underway, Cushenberry looks at his practice as a way to remind us that we’re all alike and all connected. His photographs help us pause for a moment and remind ourselves that connectivity is what defines us; it’s our human condition. “Even though my work does deal with race, I don’t consider myself a political artist. I have a lot of friends who are being strongly affected by what’s going on right now in the world and I think their stories are compelling enough to capture.”

As Cushenberry’s work develops and he continues building what he considers a lifelong series, we look forward to seeing the lives of his subjects unfold. Until then, we recognize a photographer who has found a way to defy the traditional white male gaze, see beyond race, beyond gender, beyond culture, and just see us. “I just want to show people’s lives and that’s about it. I want to share what people are going through despite what’s happening in the world.” For that, we thank you. 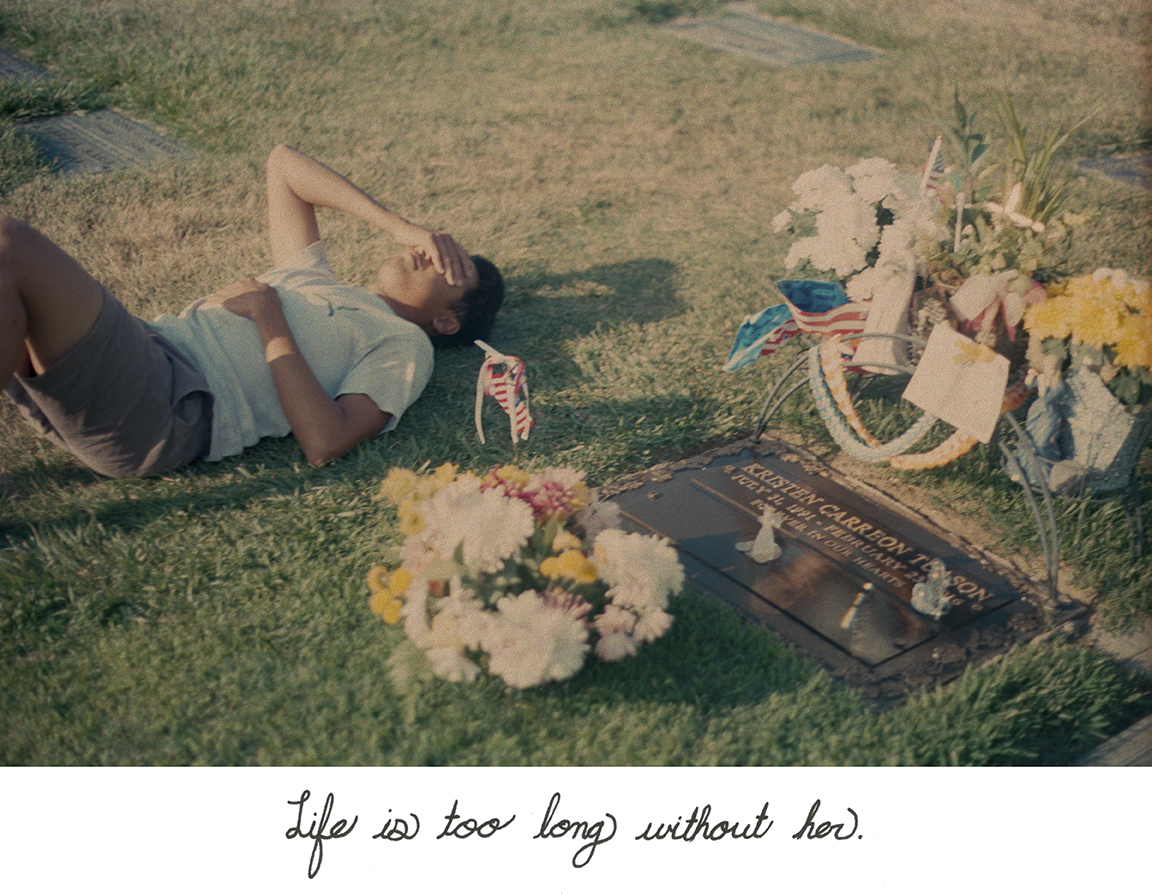