GRLSWIRL: The All-Women Community of Like-Minded Skaters Taking The Sport By Storm

This is a preview of our feature on GRLSWIRL for upcoming issue 15.

Although women are a part of the sport’s inception story, female skateboarding has, for the most part, existed on the fringe: a subculture, within a subculture. For my generation, Thrasher Magazine, Jackass, and Kids perpetuated an image of skating as the death-defying hijinks of male camaraderie, complete with weed, broken bones and late-night pranks. But that’s a picture snapped through the lens of pop culture. But if you dig into the “Golden Era” West Side LA street photos of Glen Friedman, Spot, and Hugh Holland, women are clearly there, at the vanguard of skateboarding, pushing it’s boundaries and trying to stay relevant with the times, just like every male skateboarder.

I don’t have to tell you that times are changing. Women of all ages are demolishing the foundation of male supremacy. We see it every day now in politics, medicine, Hollywood, pop-culture and yes…skating. Female pro-skaters are landing big contracts with heritage brands and doing it on their own terms, embracing their genuine identities and idiosyncrasies without fear.

In Venice Beach, California, the all-women skate crew GRLSWIRL takes its cues from the smooth, graceful style of the 1970’s to create an atmosphere for women to take up the sport without judgment or inhibitions. Founded in early 2018 by Lucy Osinski, the GRLSWIRL core team is comprised of Osinski, Kelsey Harkin, Shannon Moss, Monroe Alvarez, Danielle Schwartz, Tobi Ann, Myriah Marquez, Lindsey Kaye and Julia Ama. Through social media and community events, GRLSWIRL has snowballed from a few girls meeting up at the skate park to an extended community of like-minded skaters across the country. 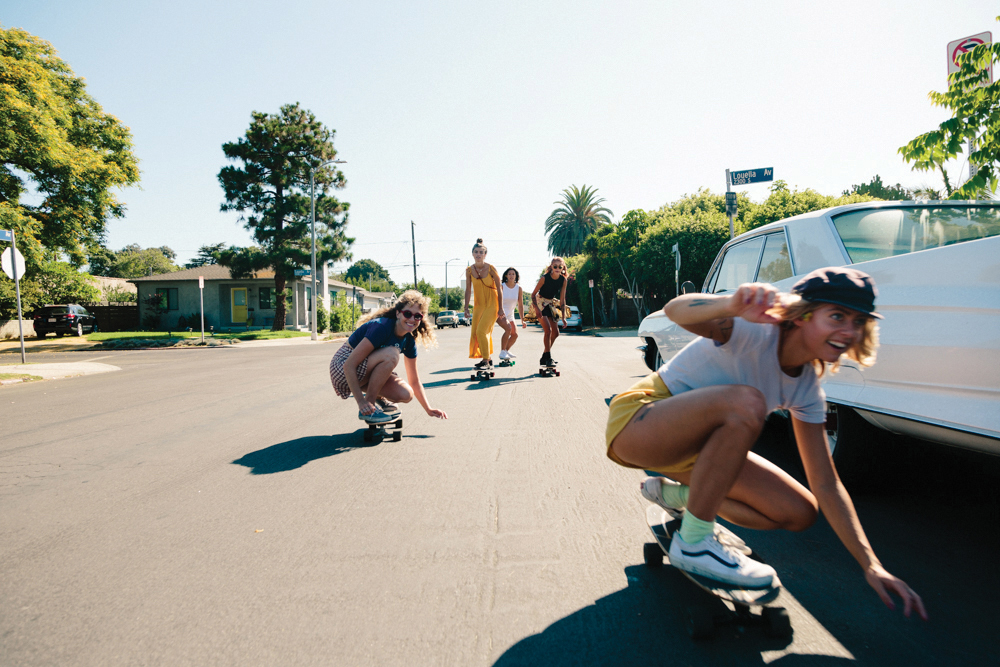 Why don’t you start by telling us how GRLSWIRL got started?

Lucy Osinski: I was skating alone constantly and wanted women to join, not only because of the constant unwanted male attention you get as a woman on a skateboard, but because it was something I loved so deeply and wished I could share with other women. Thanks to my lucky stars, after a few months of recruiting random women for group skates, I finally met the most magical women who all loved skating and wanted to create a movement of empowering women through skate just as much as I did. We came together, created roles, goals and of course social media, and boombamboop—we are a bonafide team doing exactly what we had hoped to do!

It seems like you’re involved in all kinds of events: fundraisers, community skate meet-ups, etc. Tell me about your community outreach efforts? 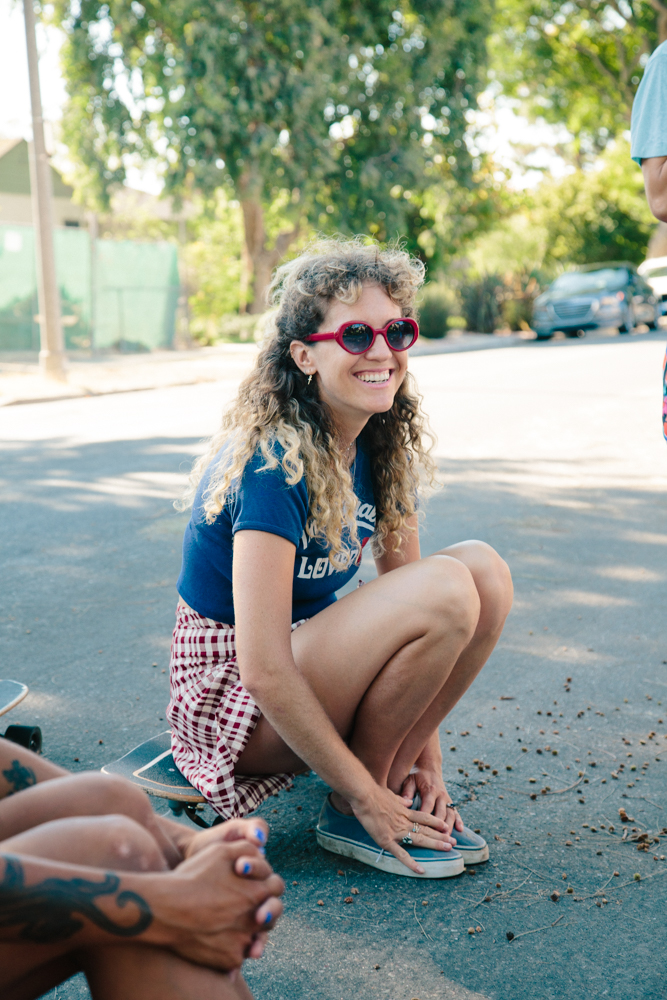 Myriah Marquez: I believe it has to do with the way society has been molded since the beginning of time. Women’s recognition and opportunities have never been fully present in all areas. Unfortunately, when it comes to corporate recognition it’s about what sells. There wasn’t a market because it wasn’t being recognized. I think females/female-identifying people are fed up. We have amazing female role models across the board who began laying the foundation for the youth to come in and build it further. We see the struggle, and we refuse to not be heard. In 2020 the Olympics will, for the first time, host Women Skateboarding, opening up a whole new audience for corporations to market to. Supply and demand on their end and demand from ours. 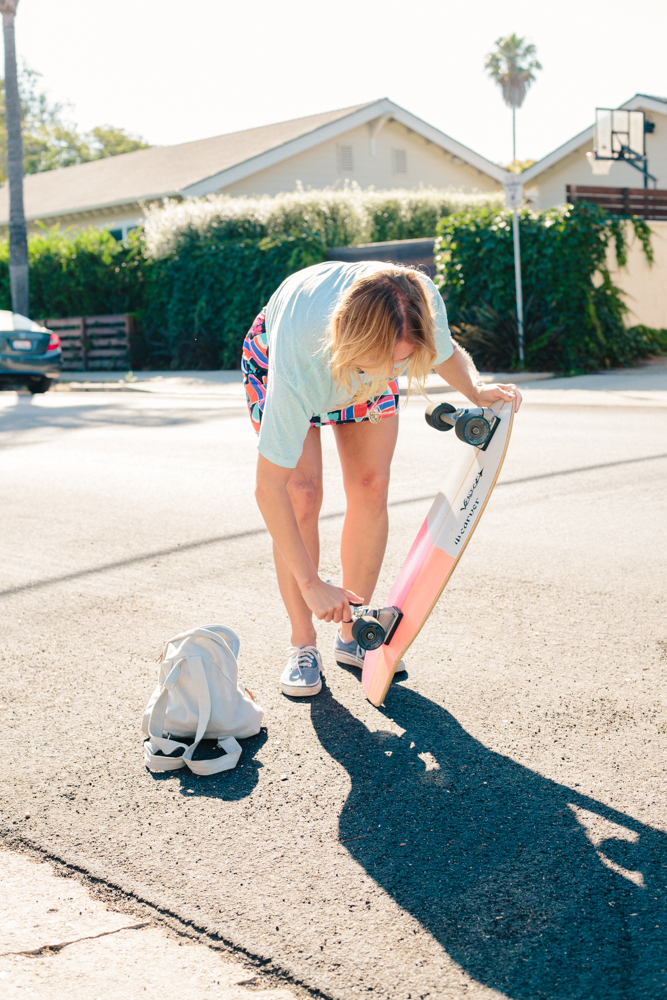 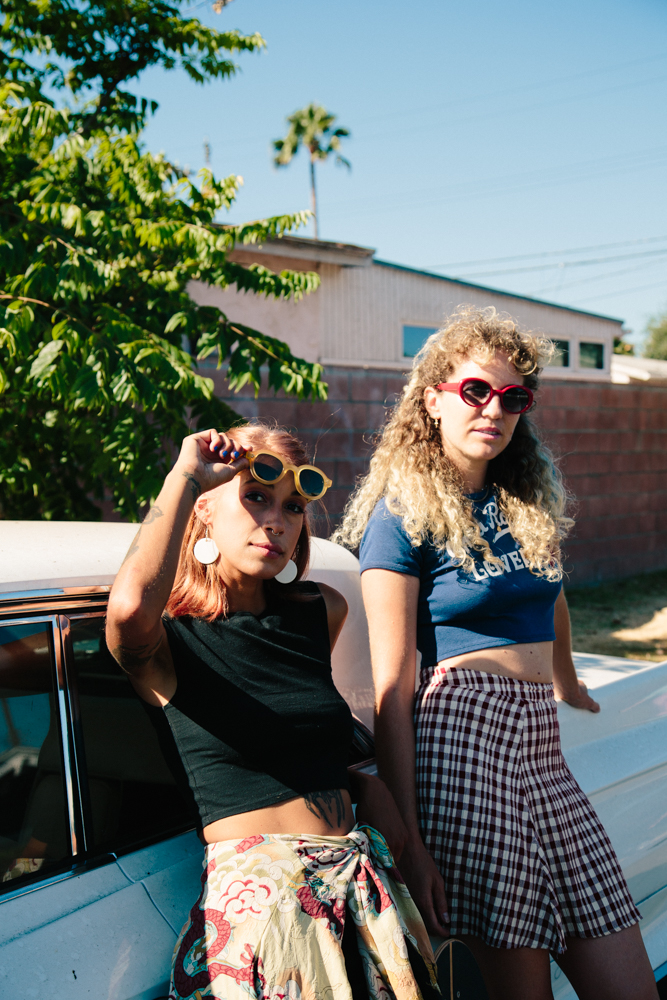 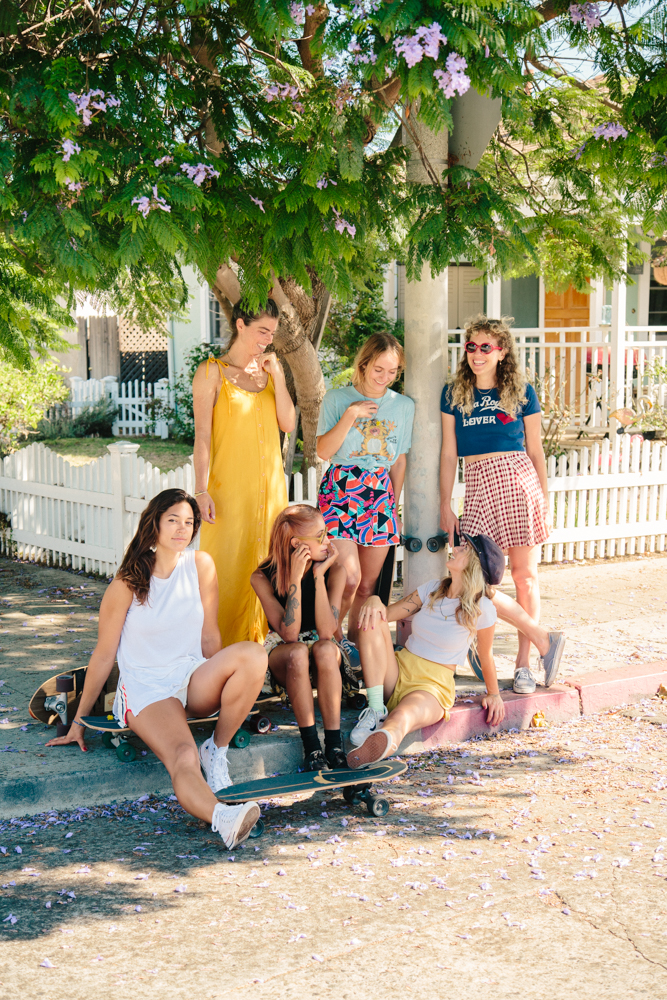