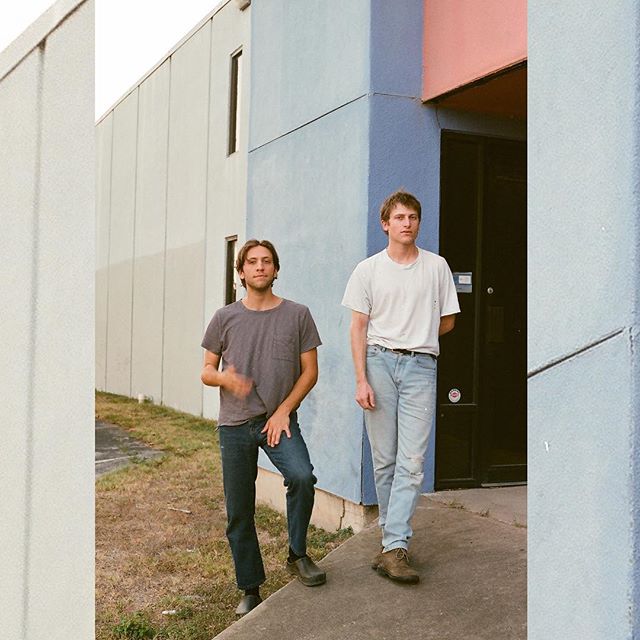 “Talk with old friends / like I need to / we look up, feel time just smile” is the first line of the Hovvdy song “Petal,” which began the set Tuesday night at Brighton Music Hall in Allston, MA. Will & Charlie, who comprise the Austin-based duo, performed just with guitar and keys to prerecorded beats, which gave off a much different vibe than when I saw them with a full band last spring. There was something even more personal about the songs, hearing them semi-stripped down. The nature of the set placed more emphasis on the lyrics; you could really hear what they were saying and dive deeper into the messages of heartbreak, loneliness, and gratitude within the songs.

True Blue, Porches’s Maya Laner’s solo project, opened up the show with intricate melodies and rhythms and after Hovvdy was the electrifying complex rock band, Palm. All three acts exuded very different energies, which in turn made for such an eclectic bill. But it was Hovvdy, the band that sound-tracked my summer at home after my first year of college, that really stood out.

Performing a variety of tunes off of Taster and Cranberry, the set had all different kinds of dynamic moments, from the low hums of “Problem” to the louder pulse of the drum machine. The duo proved that it doesn’t take a lot of players or bells and whistles to produce such a complete sound. All of us Boston college kids, and what I would assume to be a lot of musicians, stood captivated by their tone, by the pulse of the music. Hovvdy as a duo is a match unlike any other, pertaining to the way in which Will & Charlie work off each other while giving the other the space to shine in specific songs. In that way, their alternative rock tendencies seem a bit more folk, not only in the images they sing of, but also in how communal the music feels.

Hovvdy is not just your average alternative, distorted chords, and drum machines rock band. They write music that will last because it’s emotional, secretly complex, and entirely relatable. And I will definitely be front row again, studying all the chord changes and lyrics the next time they roll through town.