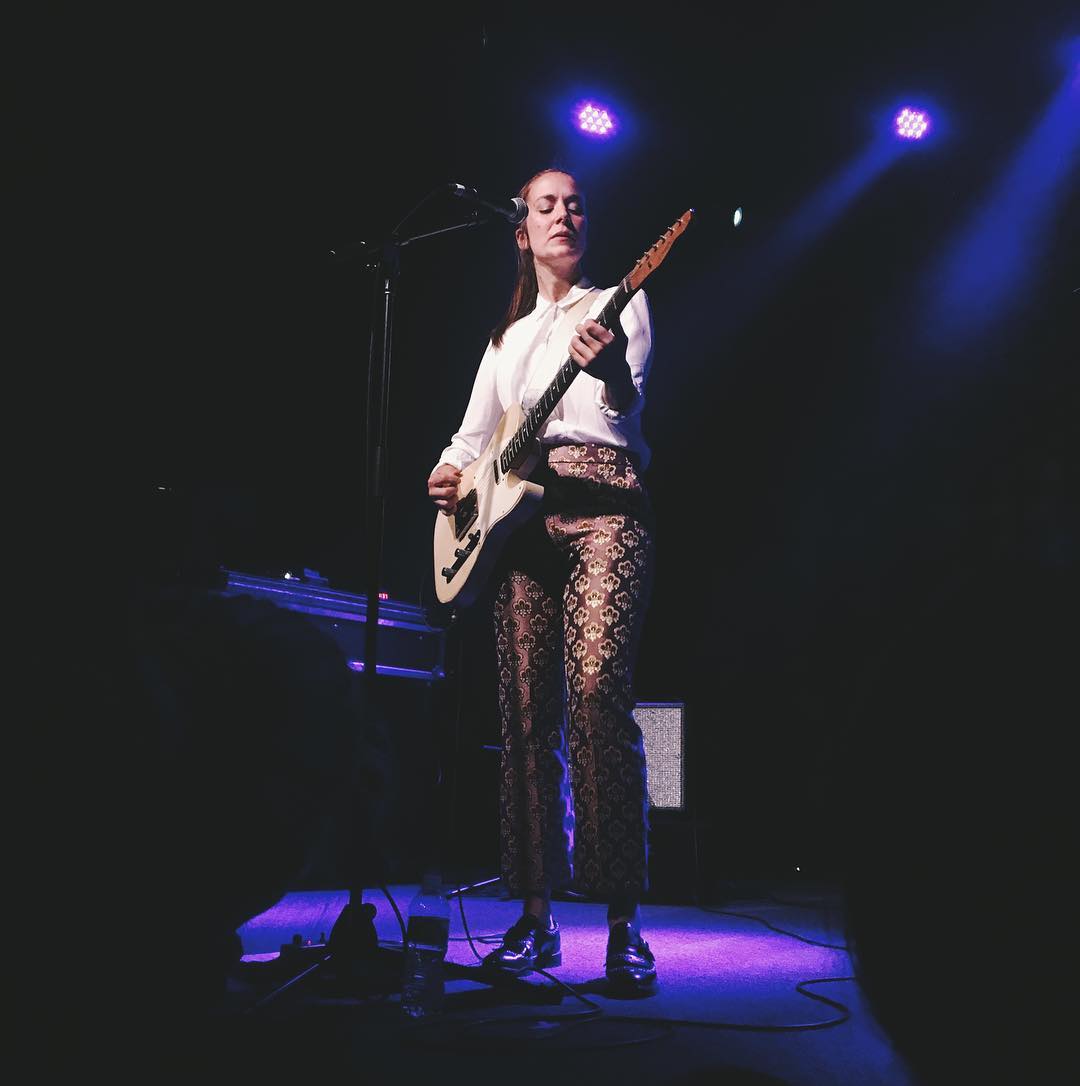 There is a familiarity in discovering an artist you keep coming back to, even during changes and various phases of your life. Going to witness a band for the first time carries a new energy, but comfort is the repetition of seeing an act you love: hearing new songs, noting what’s stayed the same, experiencing different versions of known tunes, and so on. For me, I have that solace at Margaret Glaspy shows.

But this gig at The Sinclair was special for me for a number of seemingly disconnected yet intertwined reasons. First: I’ve recently relocated to Boston from Los Angeles and Margaret’s words and growls felt like home in a time of newness and uncertainty. I also got to bring along my friend who hadn’t seen Margaret before, thus experiencing both sides. Though I stood in awe of relived memories, I watched through my friend Miranda’s eyes, soaking in the songs of Emotions & Math and beyond for the first time.

The show came out blazing from the beginning, with songs off of Glaspy’s 2016 debut record like “Pins & Needles,” and the vibrant, pulsing title track with the ever-bizarre yet catchy hook of “counting all the days till you’re back, shivering in an ice-cold bath of emotions and math.” The brilliance of Glaspy’s shows comes from the duality of her performance: she’s smooth, making her playing appear effortless and ethereal, while wildly digging into her tunes at the same time. Take a song like the grungy-melodic layers of “Situation,” the song in concert turns into a race with her rhythm section along for the ride. The dissonant yet fiercely catchy riff that is carried throughout the verses got the crowd pulsing and enraptured by her flow. Not only does the music itself invoke emotion, but her lyrics make you feel like someone relates to you. She calls out the song’s audience with the hook: “you don’t know my situation, we’ve had at most one conversation, don’t come out of the blue and tell me what to do.” She has this ability to extract the words you wish you could say.

A major shift occured in the set with the introduction of new, unrecorded tunes, which are already known well by dedicated Glaspy fans. Though these new jams could appear amongst the batch of Emotions & Math tracks, there is evident growth and change in their structure, in the poetry of the lyrics, and in the overall way it moves with her trio. And after seeing Glaspy several times, I’ve even watched these new tracks go through various phases, which makes the concert-going experience feel more personal than ever.

Glaspy’s show makes you feel, at least for me, like I’m watching someone that’s making music history in some way.

But it’s more than just the songs and her singing them. The thing central to Glaspy as a performer, a songwriter, and an overall musician is that she exhibits the perfect combination, I believe more than any other person in her realm. She is not only an incredible, prolific writer of both music and lyrics, but she is the most unique and unbelievable singer and guitarist I’ve seen in the past few years. Often times when I take friends to her shows, their first comment is that they can’t believe that voice comes out of her. Something about it is almost confusing as to how raw, remarkable, and flat-out rad it sounds.

The night was closed out by a grouping of some classically eclectic covers, from Weezer’s “Across the Sea” to Lauryn Hill’s “Ex-Factor.” It’s her selection of covers that seem to greatly encompass and define who Glaspy is: the perfect meshing of several distinct styles, from her soulful rasp to her folk-like song structure to her rocking guitar riffs. It’s hard to place your finger on how to exactly define her, and that’s the best part. She defies the compartments we put artists in today, whether we’re talking “indie pop” or “garage punk,” etc. Glaspy’s act works because she rolls several versions of herself and her influences together.

Glaspy’s show makes you feel, at least to me, like I’m watching someone that’s making music history in some way. I often go to shows that make me feel like the band playing is simply for the current moment, that I’m unsure of where they are placed in the future. But Margaret Glaspy makes me feel like I’m watching the landscape of music changing, for the better.