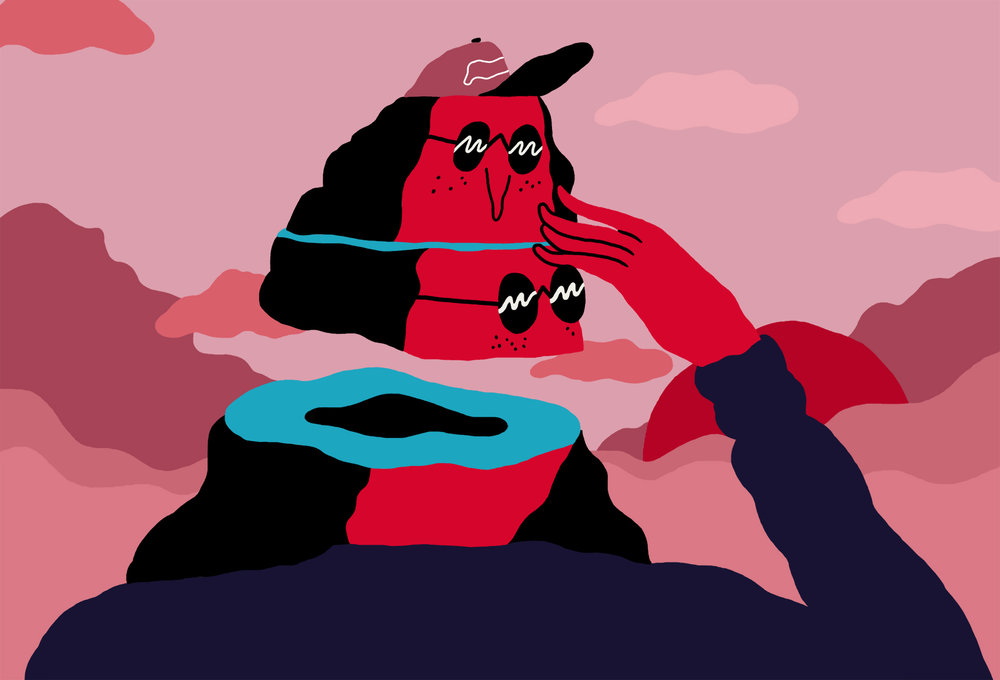 Brightly-colored, retro sunglass-wearing characters eating, driving, and interacting in trippy neon scenes fill Jose Mendez’s wild illustrations. Seemingly melting figures, enticing food imagery, bold shapes, a strikingly memorable color palette, and fantastic use of contrast are all dominant in the Spanish illustrators smorgasbord of imagery and motifs that he has employed for works that have graced the pages of New York Times, GQ, and The Lucky Peach.

Originally from Madrid, Mendez now resides in Barcelona after being schooled in both London and Paris, with current creative projects spanning the globe from Tokyo and Melbourne, to Bali and Eastern Europe. We had the chance to speak to Jose about the artistic impact graffiti has had on his work, sexuality, subcultures, and girls with sausages.

Were you always interested in art? When did you begin creating?

I would say so. I remember myself as a kid always looking for cool graphics in magazines and getting so hyped seeing logos of techno clubs, album records, and graphics of bands and DJs. I started tagging when I was 13, but it wasn’t until I was 19 when I started creating for a reason other than having fun.

You work in a wide range of mediums including lettering, graphic design and animation, but mainly in illustration. What attracted you to illustration?

When I moved to London in 2011, there were some cool shops – bookshops and galleries like Nobrow, Concrete Hermit (later Beach), Kemistry and KK Outlet to name a few. They were close to the studio where I worked as a designer, and I used to go everyday during my lunch break to get inspired. I saw so many cool things that got me inspired to work on illustration.

You’ve talked before about Madrid’s graffiti scene and how it was influential to you. How has growing up in a city as lively as Madrid inspired your work?

I think my interest in lettering comes from all the graffiti I saw in the city. Museums like Reina Sofia got me into contemporary art, but I have to say there wasn’t too much art that I was into in Madrid. I had to pay quite a bit of attention to what was going on in other countries, especially the States.

Have the other cities you’ve lived in (Paris, London) also impacted you? Does travel affect your work?

Definitely, Paris opened my eyes to things I couldn’t find in Spain, and London gave me the courage to achieve my dream of living off my art. In general traveling affects my work in a really positive way. I need to experience and see new things to come up with new ideas and bring them into my work.

Are there particular narratives present in your work?

You’ve said your style is marked by bold, colorful palettes and grandiose uses of contrast. How did you develop this technique?

Quite gradually, spending a lot of time experimenting with new things.

Do you have recurring characters in your artwork?

Yes, there are quite a lot of pineapples and girls with sausages.

In previous interviews, you’ve said you like to explore sexuality and subcultures. Could you talk a little bit about this?

Sexuality is a subject I find exciting to draw because there is so much power to it. What really got me interested about subcultures is the passion that people put into them when they feel part of one. A subculture is like the maximum expression of dedication to something you really like. It’s also quite funny to observe these subcultures from the outside and see how people behave depending on the subculture they are into.

You have a really impressive list of clients, how do you maintain your style in your commissions?

I take it as an exercise to try to find a way to please the client but also please myself with the image. During the process of creating an illustration for a commercial project there is a dialogue in my head about expressing myself and being objective with the subject.

What is your process like while you are illustrating?

First I do a bit of research on the subject, after I freely sketch these ideas that come to mind I find something that interests me. I start playing music to get inspired and I carry on developing the idea to create the final sketch. Then I scan it and put color to it on the computer (if it’s a digital project), otherwise I might color it with markers, acrylics, or spray cans.

I’ve noticed a lot of your work contains food imagery. Are you attracted to the aesthetic of food?

I think food is funny to draw, but also it represents quite well, the idea of consumerism in our society. 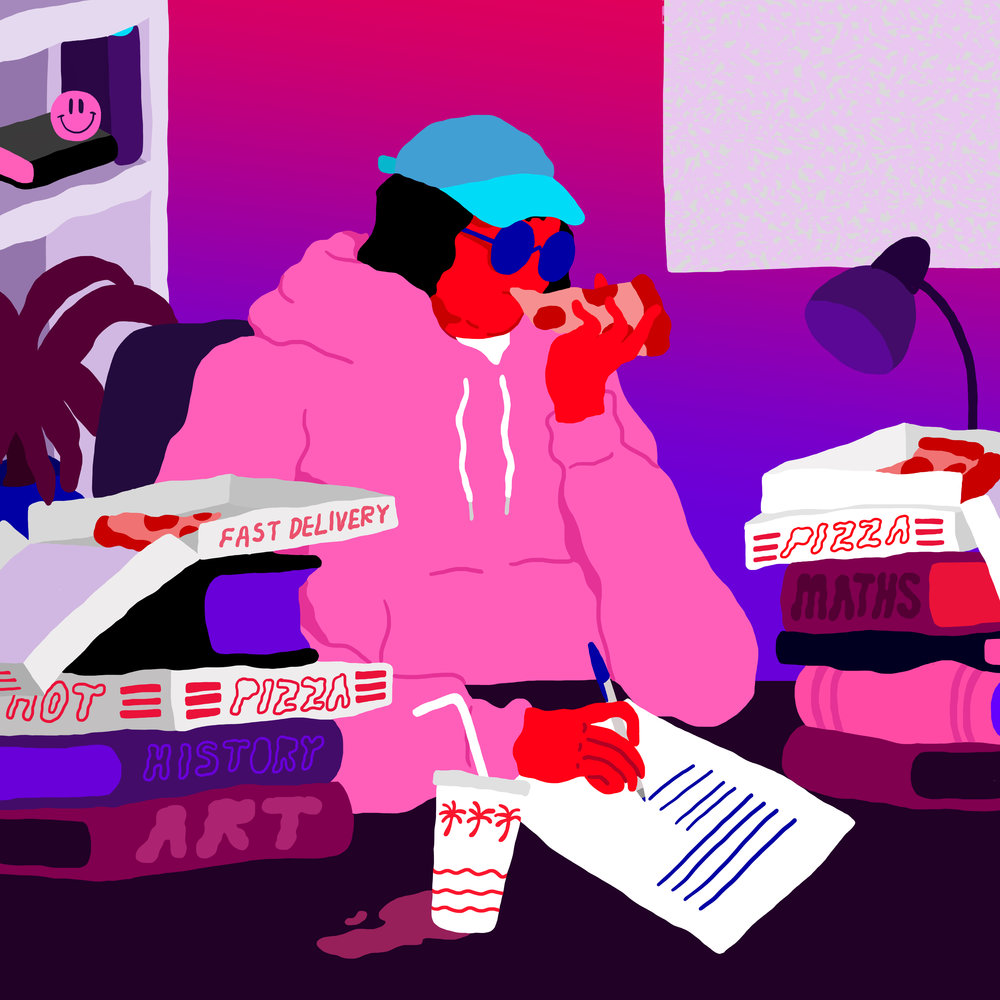 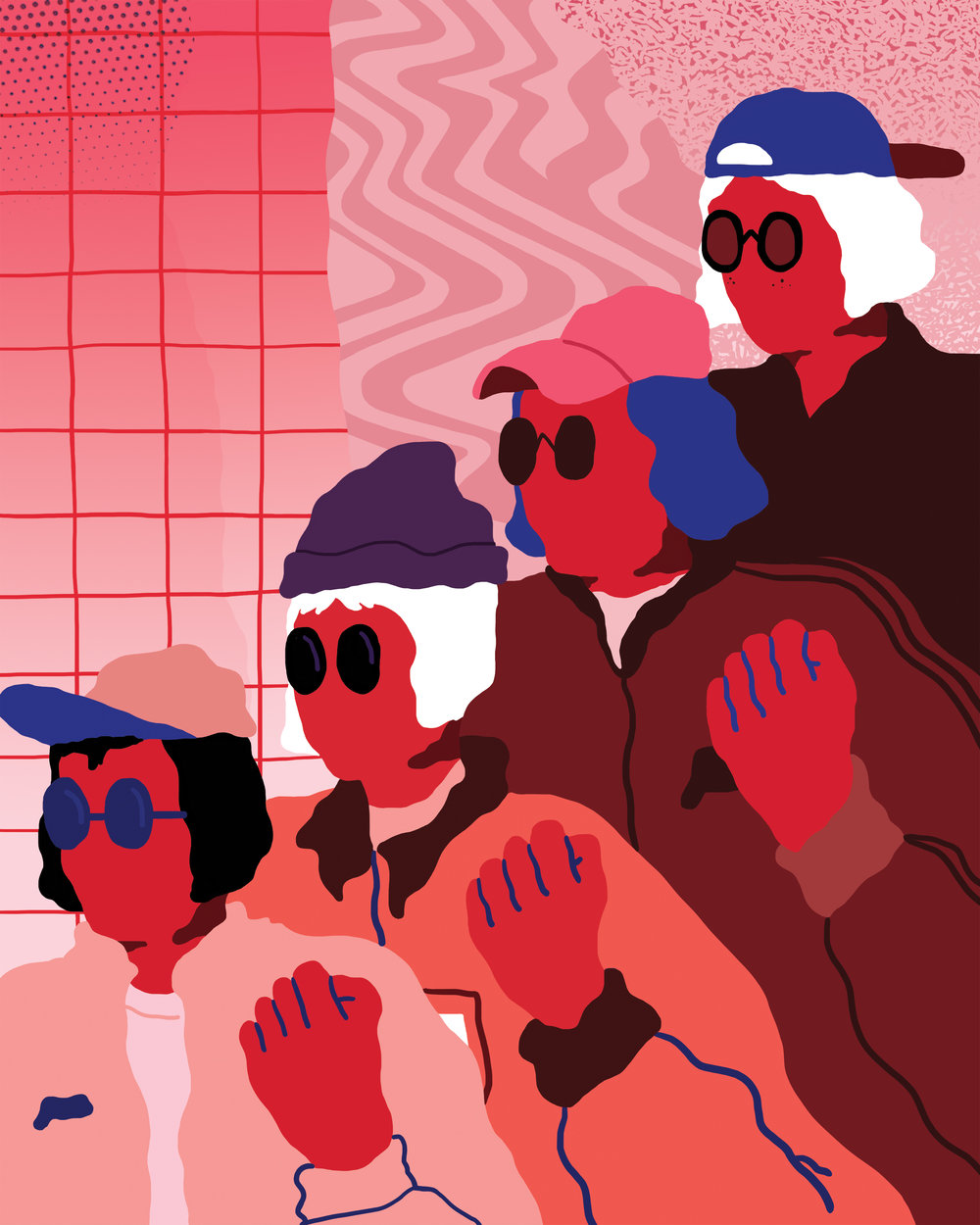 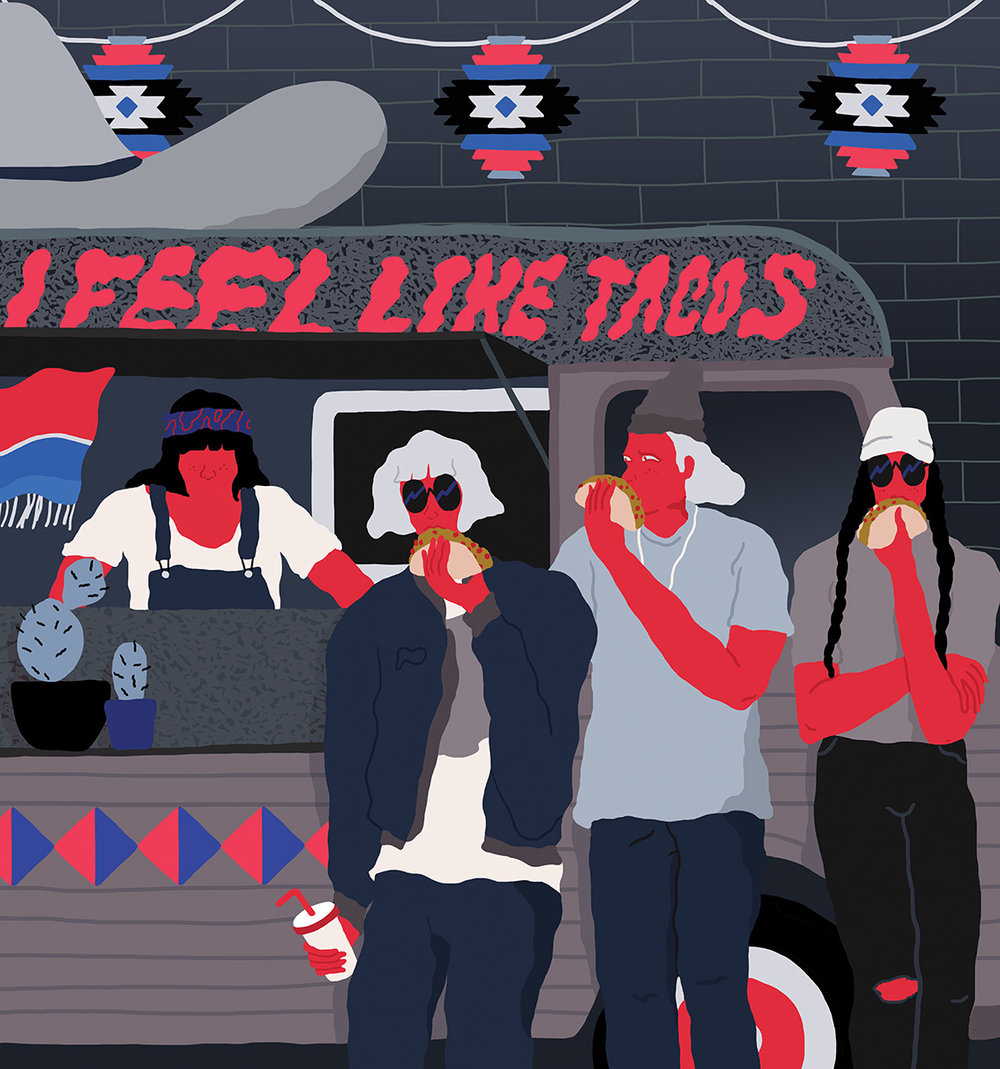 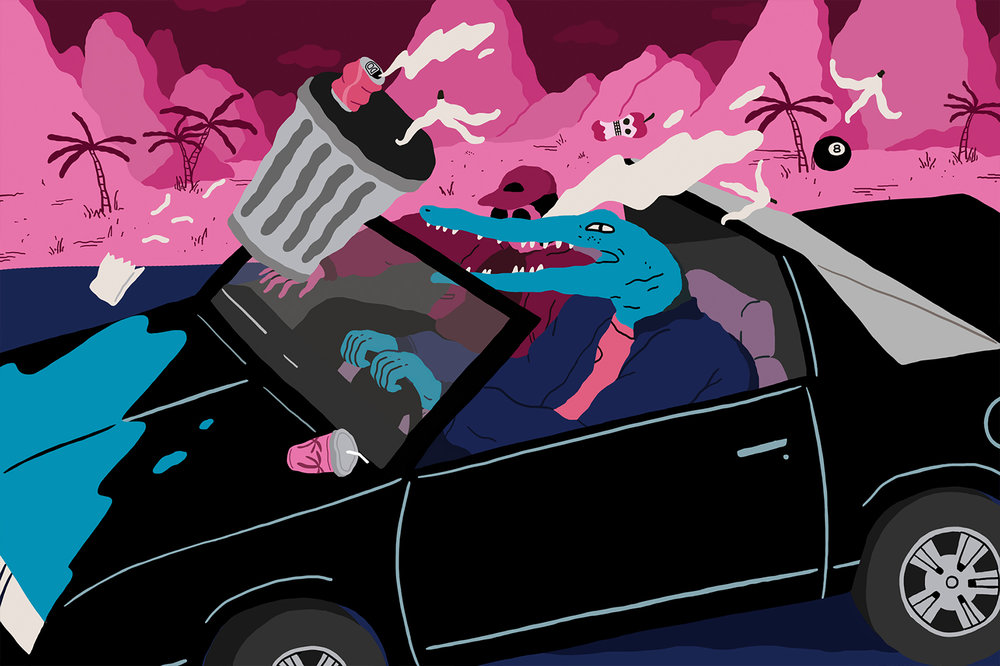 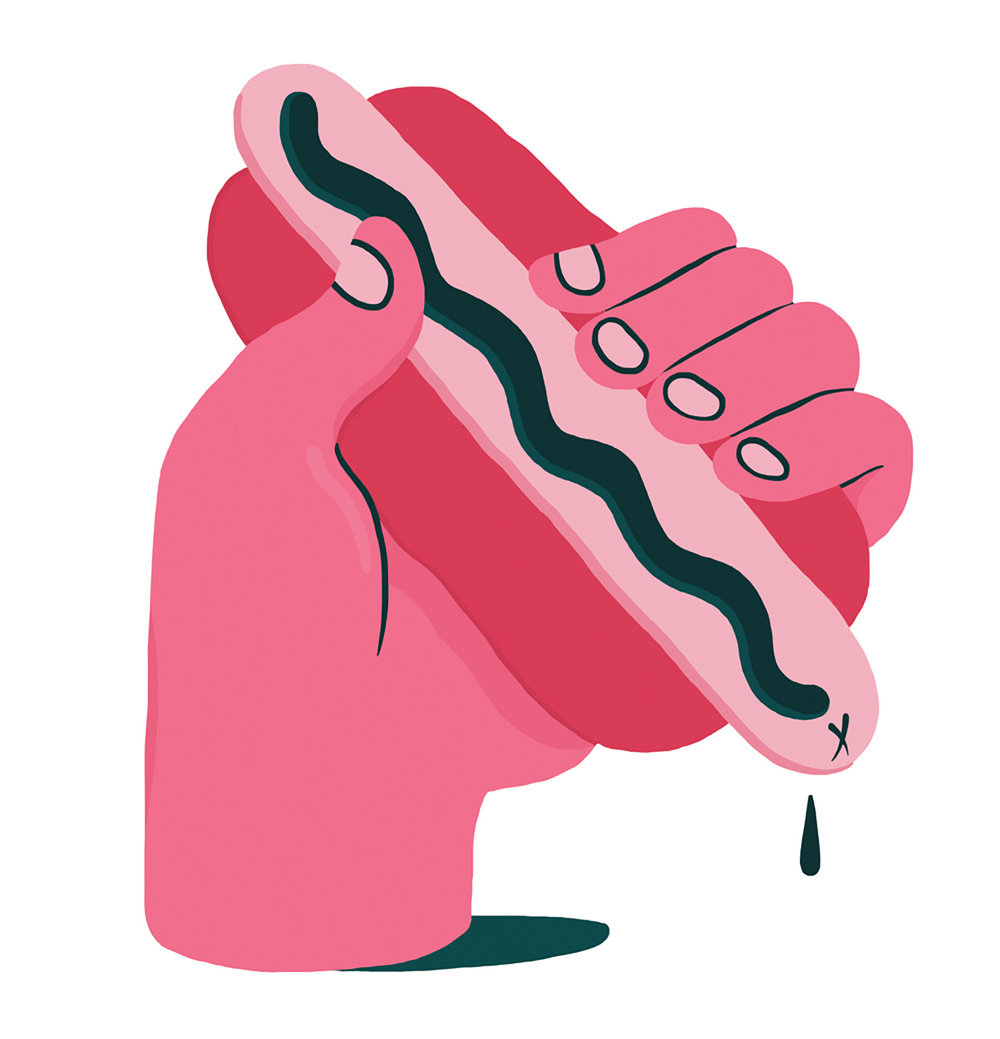 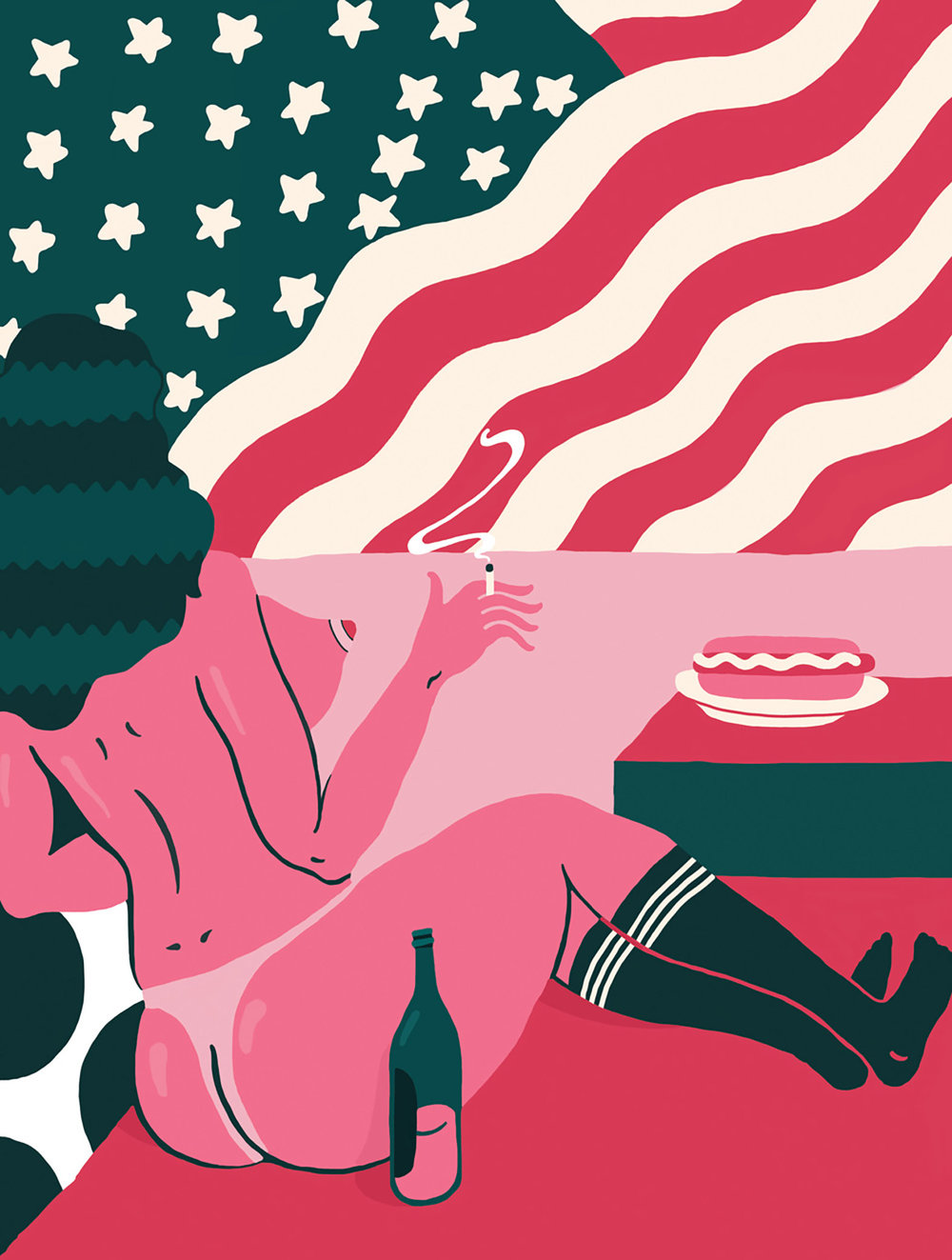 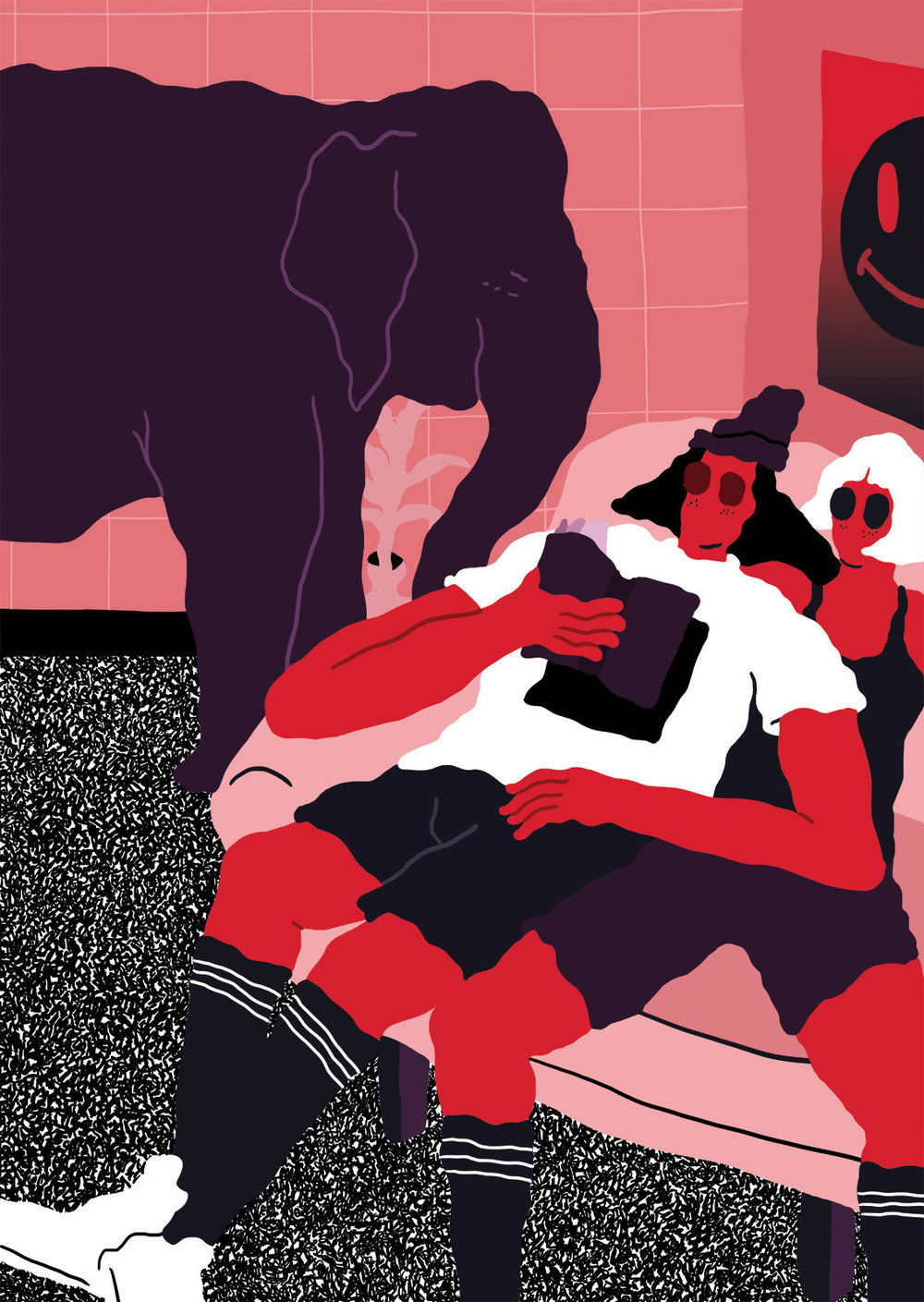 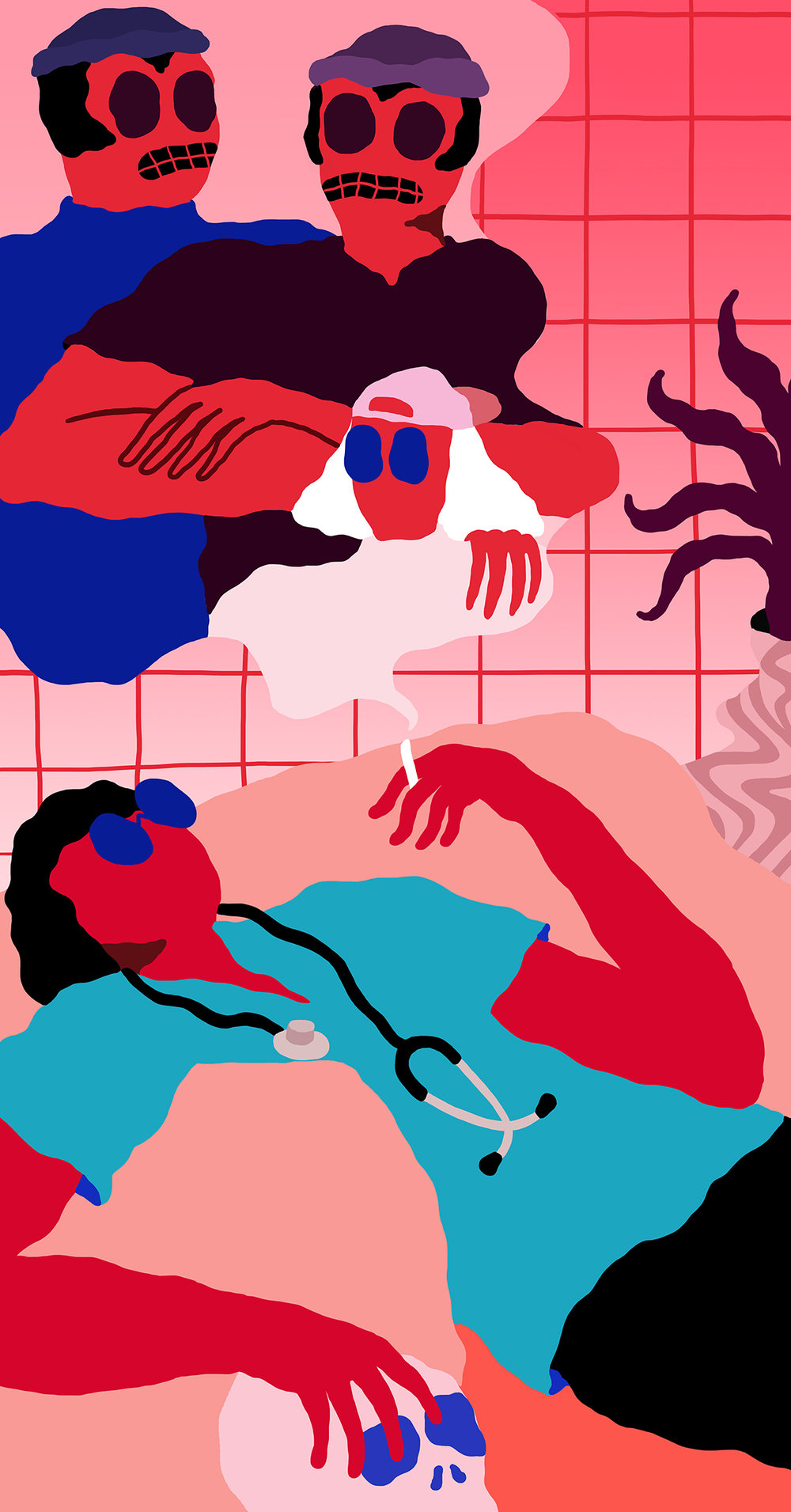 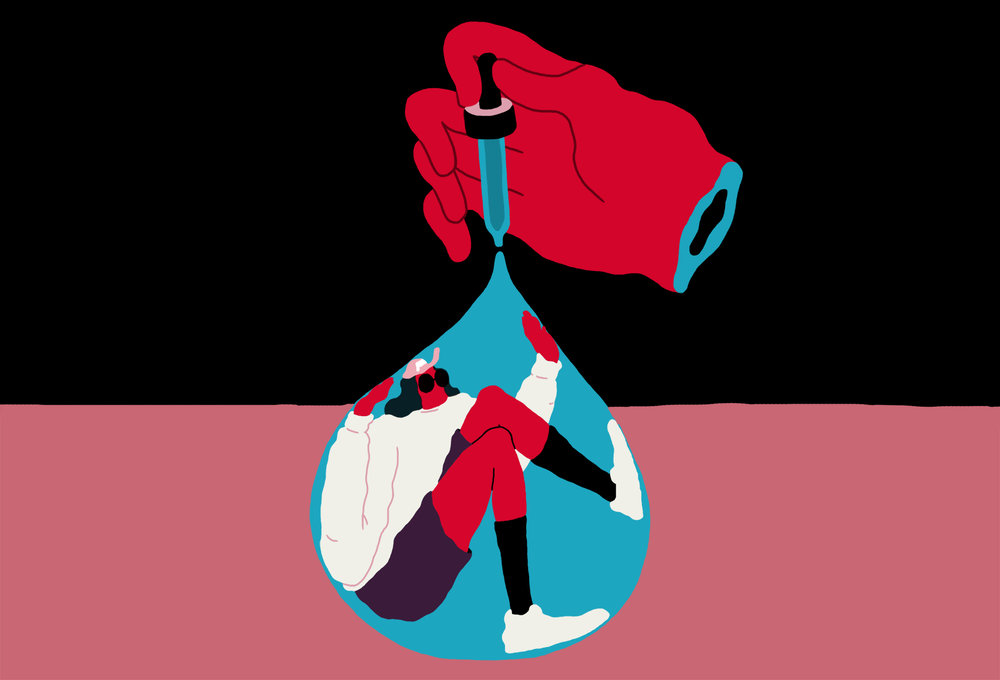 For It’s Nice That.