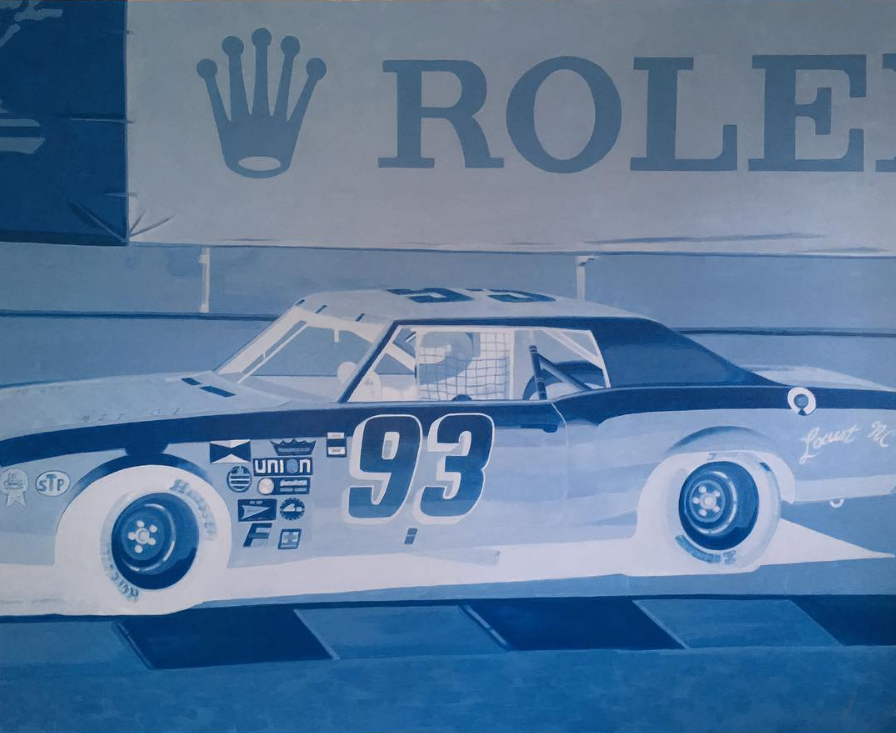 There’s nothing more quintessentially American than Nascar and big belt buckles. Beer-guzzling patrons swoon after speeding cars, while wearing the heavy, waist decorations clad with the branding that drives the sport.

Kingsley Ifill and Daniel Albrigo’s show, MUSCLE, opening at Paul Loya Gallery, explores the masculine identity through these iconic symbols and the voyueristic nature of finding a connection to professional sports figures. Americans are obsessed with domination; everything we do has to be the biggest, the best, and the most powerful. We find kindred spirits in top athletes that dominate their sport and proudly embellish our clothing, accessories, and skin with the commercial and menacing imagery we’re sold.

Both Albrigo and Ifill’s body of work commentate on this cultural phenomena.

“The imagery in my recent work is all Americana based, from highway signs to race cars,” says Albrigo. “I’m trying to take a different approach to capturing images of American culture and landscape.”

Albrigo began working on these canvas paintings after driving cross-country with his wife in their move from Brooklyn to Long Beach. Inspired to work at larger scale since his move to California, Albrigo will be showing beautifully painted images from Nascar in monochrome palettes as he embraces the power behind man and machine and illuminates the branding that drives the sport.

“I have a lot more space to work now and I’ve been trying to make the most of it,” says Albrigo. “I pull inspiration from just about everywhere, whether it be a photo I took or one I found on Google. Most of my work is photo-based and then I use a projector to transfer the image onto Canvas.”

London-based Ifill has created larger than life belt buckles in his trademark silkscreen process. Ifill’s work calls out consumer-minded society, creating subverted images of recognizable branding and ads that have been burned into our thoughts and have been mass-produced to nearly force us into associating with them. The menacing visuals and abrasive catch phrases intensify with the absurd scale they are created at, and inevitably become a paradox to what the London-based artist is trying to show as the downfall of society at large. 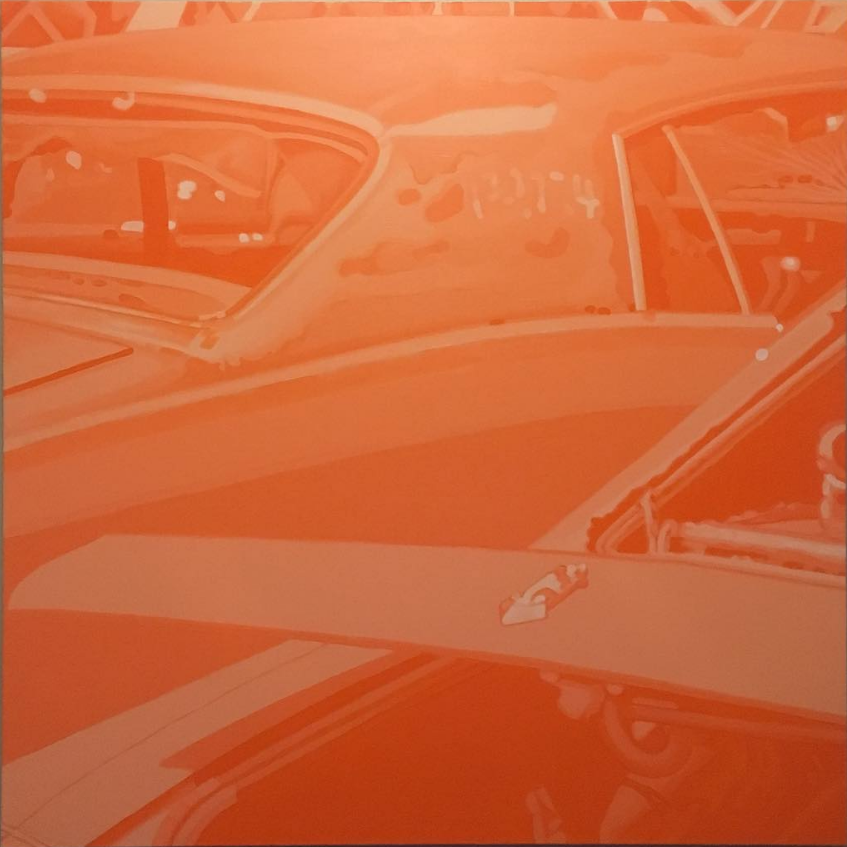 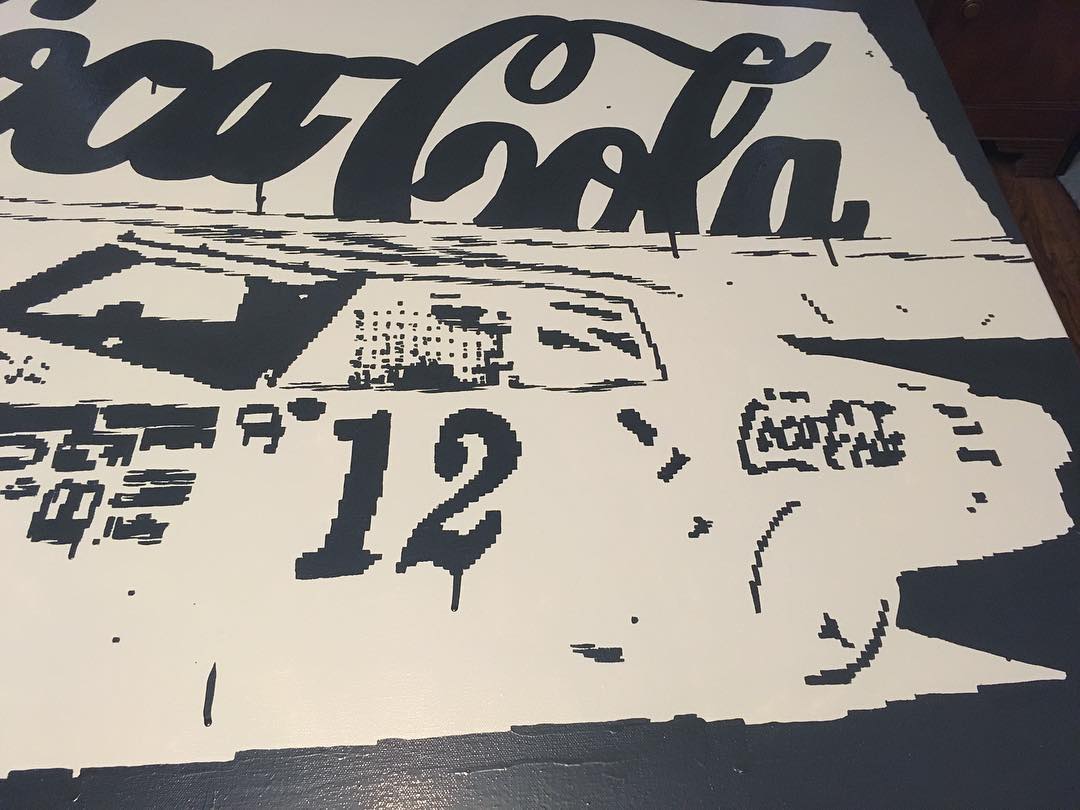 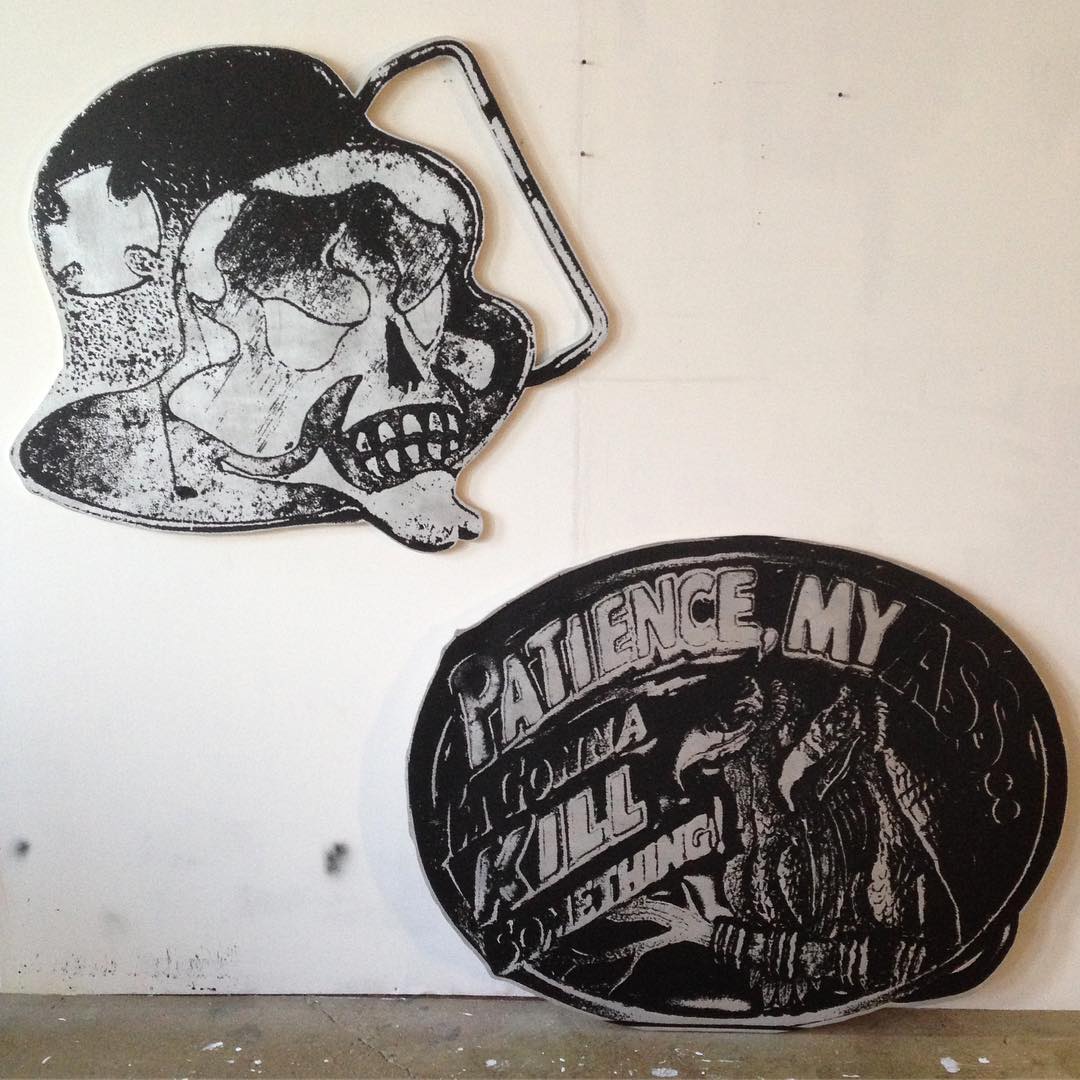 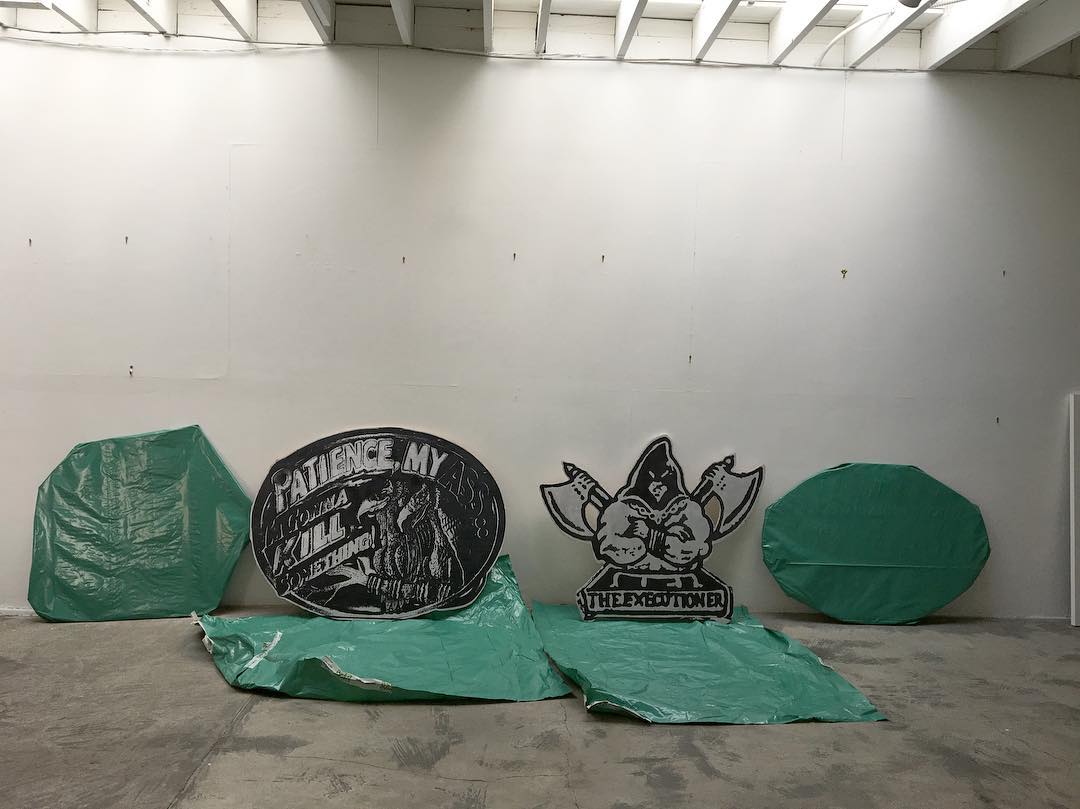