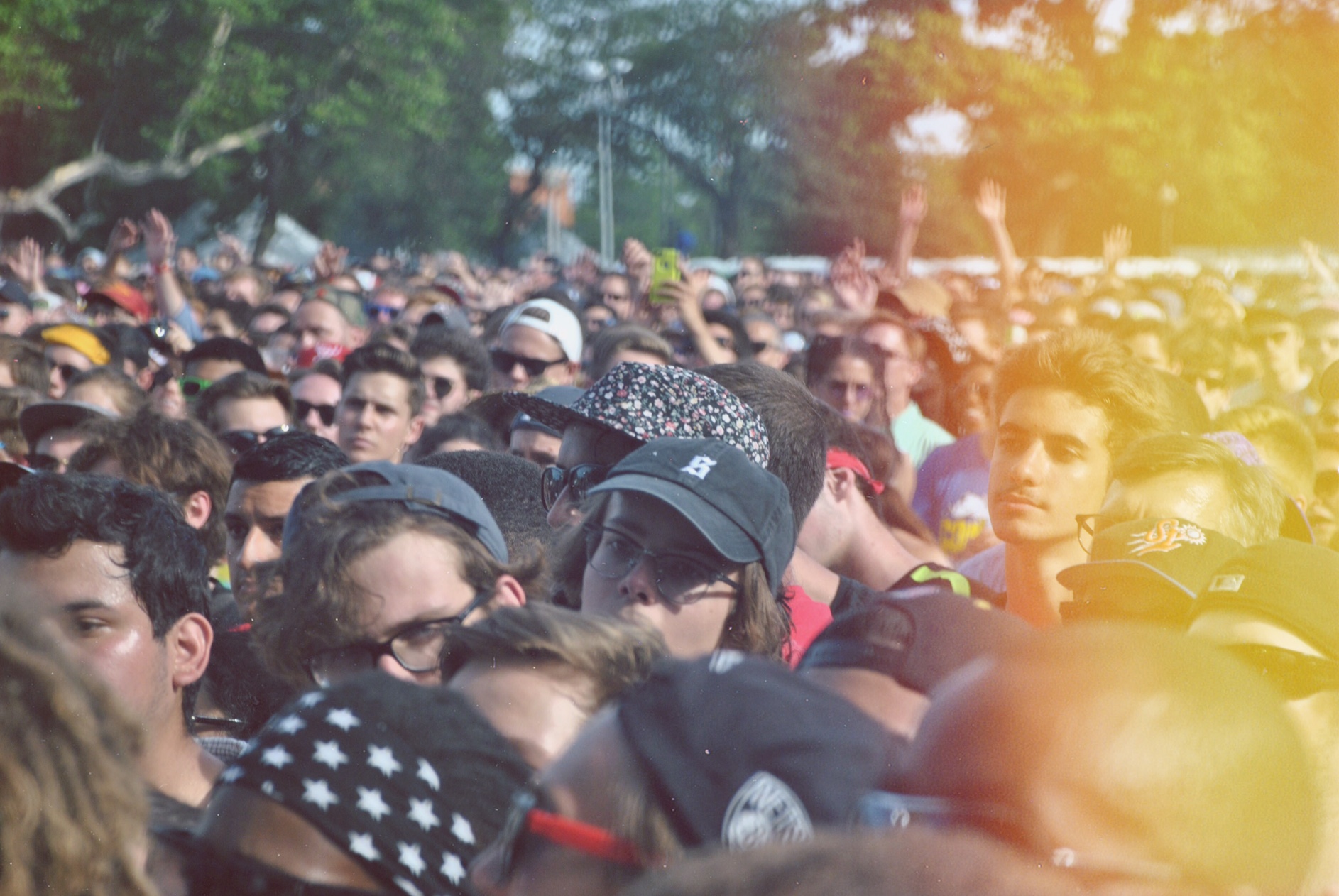 “Everyone please remain calm and evacuate the premises immediately,” the voice echoed spookily over a loudspeaker, engulfing the Pitchfork Festival attendees at Chicago’s Union Park. What quickly sparked into a scene that could have been a part of the Hunger Games series, people abandoned their posts around the festival’s stages, allowing for all chaos to ensue. Covered in mud, the horde of roughly 10,000 people, trampled over each other and stampeded their way out of the Park.

From what began as a cool drizzle of rain – something of a miracle in the sweltering 100-degree weather – swiftly turned into a torrential downpour of rain and lightning, and the prompting of evacuation from Pitchfork Festival’s activities this past Saturday. To say the least, the dramas of those few hours were some of the most fun.

The spontaneous monsoon-like weather of Saturday did little to take away from the matchless musical talent abound the entire weekend. Legendary Chicago musicians, Wilco, busted out an impossible-to-forget set when they unexpectedly played the entirety of their new album, Star Wars, which they released for download the night before. Equally memorable was British electronic group Chvrches, who played through most of the songs from The Bones of What You Believe along with a couple additional songs they’ve released since the album, such as the song Dead Air from the Hunger Games soundtrack. The crowd danced and sang along to every song; sweaty, intoxicated by not only the music but the clouds of pot smoke that rested over the crowd.

Perhaps the most notable event of the day for some was the apocalyptic thunderstorm that began engulfing the city moments before the Ex Hex set, however day two was the set list that Amadeus was most excited for. Mr Twin Sister had the audience freely dancing underneath tame rain; the slow drizzle made it all the more fun. It wasn’t until Kurt Vile’s 3:30 scheduled set, that the sort of predicted weather patterns brought on an onslaught of blinding rain.

A short delay, where dudes in basketball jerseys and Sperry’s, and chicks in floral hip outfits trampled each other for coverage, and the show was back on. When the festival closed for what felt like forever (right before Kurt Vile was supposed to play), an important decision had to made when the doors reopened: go see Kurt Vile play two songs, or watch Ariel Pink act like his usual madman self. The correct decision should be clear; go watch Kurt Vile play an amazingly guitar-frenzied couple songs. And that he did. Vile spent twenty minutes playing his fingers off and making his guitar wail.

Between dancing in the rain to Mr Twin Sister, to trying to fight our way out of the crowd in fear of being struck by lightning, Pitchfork Festival was already providing forms of spontaneous entertainment, in more ways than just music.

Nevertheless, the music was the calling clearly felt to this  festival and Sunday was a showcase of the diverse set of musicians that Pitchfork lined up. With our favorite Riot Grrrl, Kathleen Hanna, taking stage early on Sunday followed by a show with goth punk band Viet Cong, it was inevitably going to be a good day. The crowd was already gathering by Kathleen Hanna’s stage as her band Julie Ruin began setting up. It was a 45 minute set that was full of songs about euthanasia, self-awareness and loving everyone – an unmistakable message that Hanna focused on conveying to her listeners throughout the set. As her set wrapped, the rumblings of the next stage could already be heard and it was obvious Viet Cong had taken stage. The gothic band was already playing wildly and the crowd was loving it.

Three days of an eclectic group of musicians, sweltering heat and one monstrous storm – the sonically charged weekend in Chicago was over. 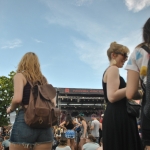 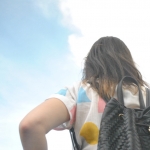 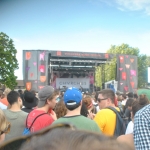 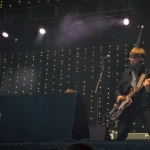 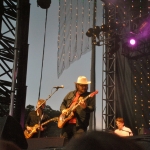 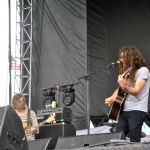 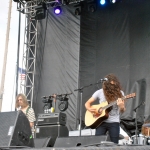 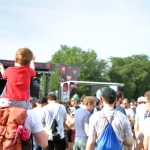 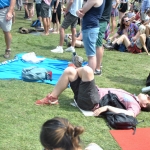 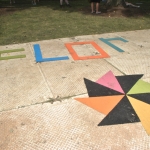 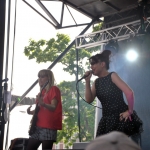 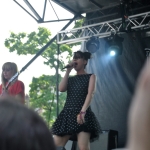 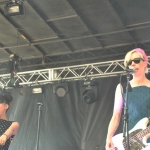 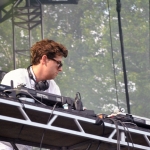 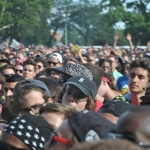 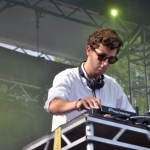 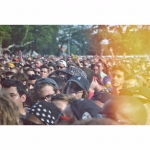