Provocative and Honest, Samantha McCurdy Gently Guides Us Through Her Expansive Ideas

This is a preview of our upcoming issue 18 feature on Samantha McCurdy. You can preorder the issue here.

Sam McCurdy is definitely an individual. She’s a thinker, but she’s not shy about it. Why should she be? Her work is honest and provocative at the same time. Even while exploring the most expansive ideas, she is gentle in her guiding. The work leaves the audience with more questions than they realized they had. It happens inconspicuously, as Sam isn’t setting out to teach as much as she is asking the questions herself. The only thing asked of the viewer is to keep an open mind. Together, there’s no limit to what can be explored.

Tell me about how you moved from your last show to this one?

My last show was called Personal Boundaries. It was all these shapes that loosely mimic the body. It was about human to human private scenarios that we think are private but aren’t. I did a performance piece in which I literally had sex at the opening of my show in front of like 400 people. I asked myself what the most private thing I can do is, and then what is the thinnest layer I could use to put between me and other people. Ok, so sex and spandex. Spandex is a material I work most with because of that tension and thinness. I built a giant one of these pieces with spandex over it and a zipper. Me and a performer unzipped it and got in. I haven’t posted anything about it because I promised myself I would wait a year or two before I watched it. I want to remember what that felt like more than I want to remember the documentation. A lot of moments documentation serves as the memory instead of the actual one. Even at a concert, you’re recording it on your phone. So me and this dude got in there, took off all our clothes and had sex in it for twenty minutes. People couldn’t see through the fabric because it was a double layer, so you could just see the shapes being created. It looked just like my other pieces but in a moving form. 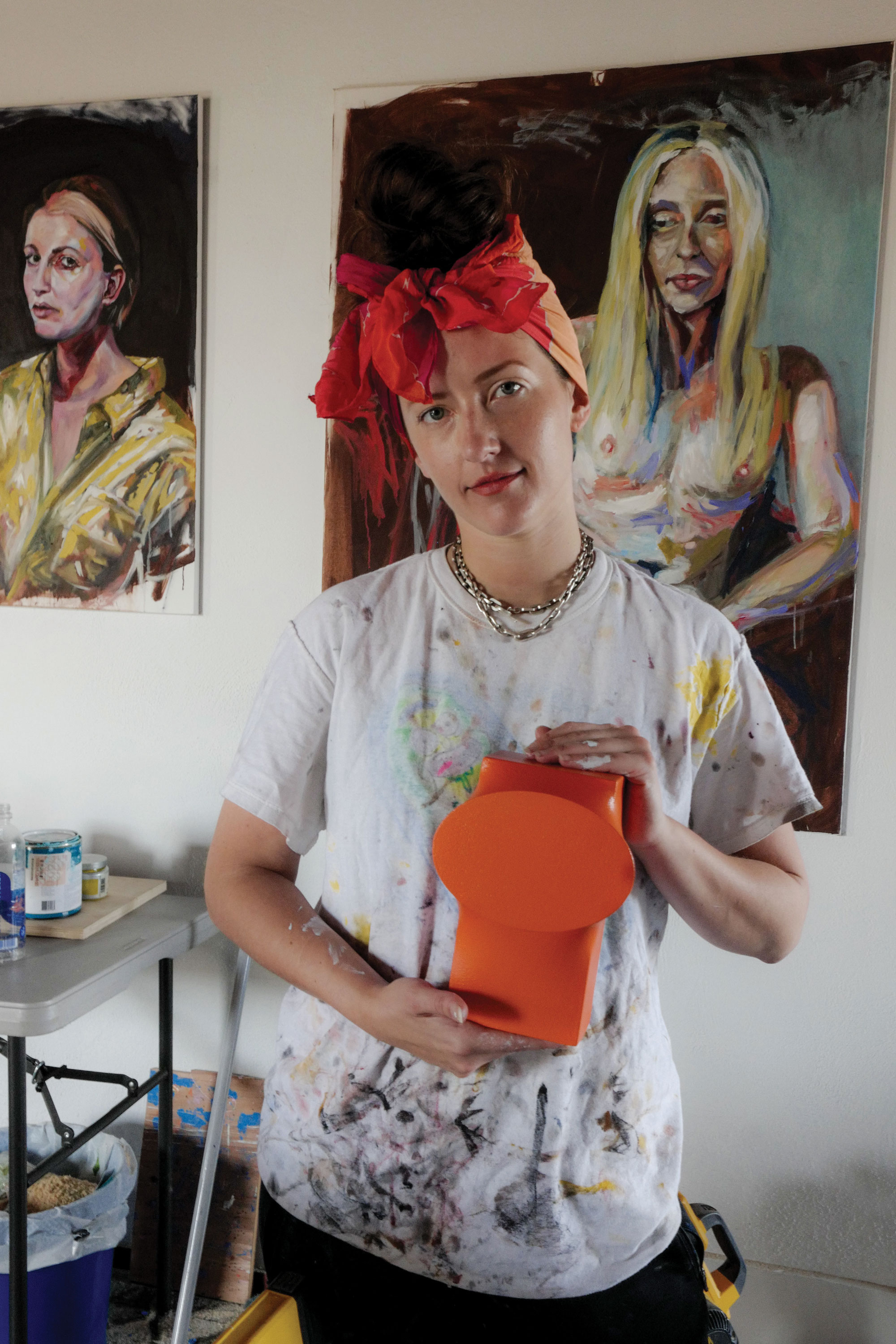 I love that from multiple perspectives. Giving the audience access to something so intimate without all the details. The lack of detail means there’s less to attach to so you don’t start reflecting on yourself. It’s just abstract shapes. But there’s also your side. Were you thinking about people watching you?

It was weird because before doing it I was terrified. I had never performed it before so I had all this speculation about what it was going to be like, but when I zipped myself in there I couldn’t see anybody. I had relief wash over me—I was like a kid putting a sheet over my head. It was ok because it was just me and him in there. My friend Ryan did live music so the audience couldn’t hear us and I couldn’t hear them. The music was dictated around the movements, so I was just listening to these ambient sounds. It felt private like I was on a camping trip just having sex in a tent. I was worried also about the guy not being able to perform, but then I was the one that couldn’t come. Because it was a lot of pressure, and the female orgasm without anyone watching is already a lot of pressure. No one would know even if I did come because you can’t hear unless I told them. I didn’t answer any questions either.

I like the consistency of not providing informative details either.

That’s the whole point. I could have been in there doing a puppet show or an interpretive dance, and no one would know what happened in there except me and the other person. That’s what privacy is. 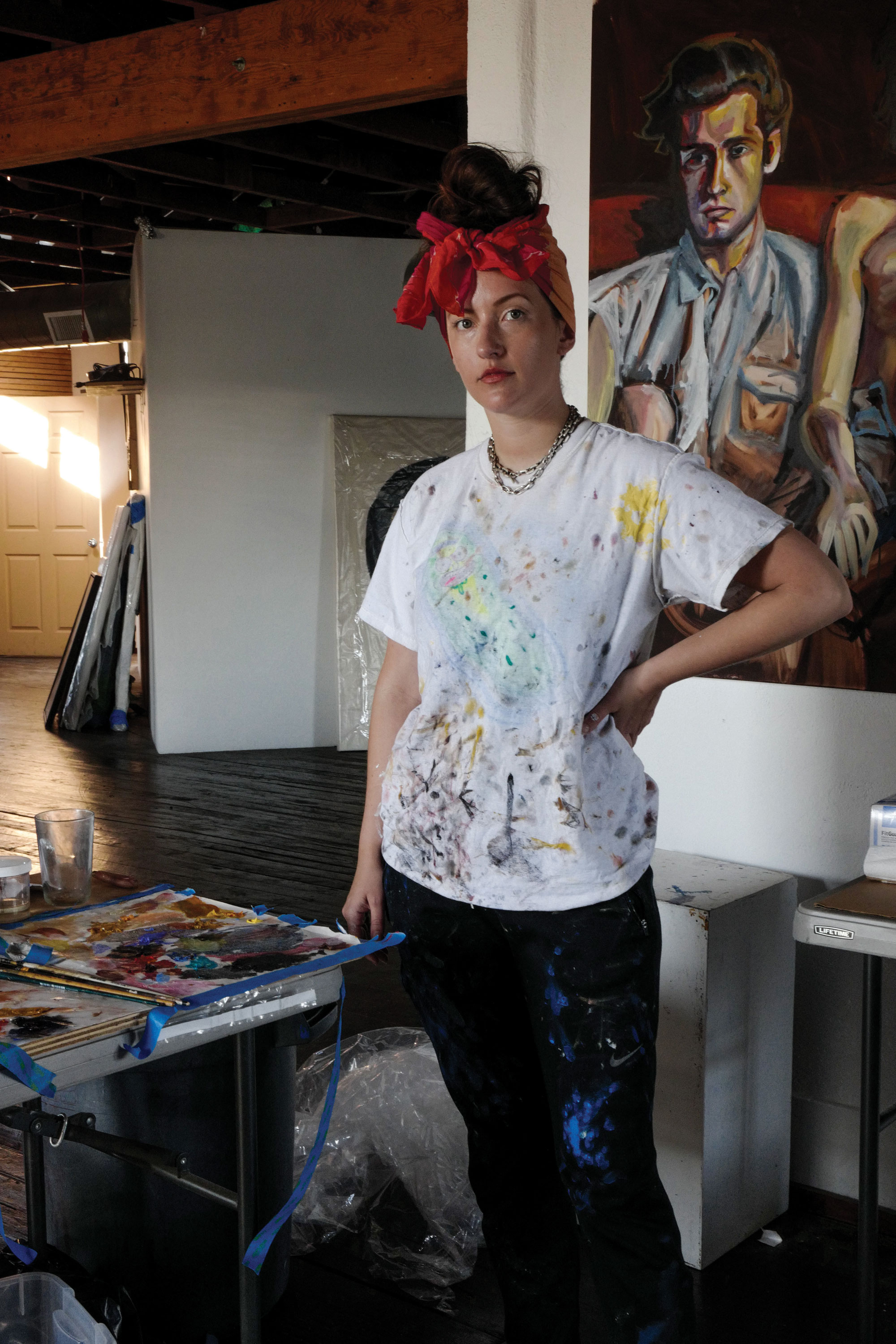 One of the most interesting parts about performance work for me is putting yourself through something in order to reveal something about everyone.

I just got the chills! It reminds me of the performance by John Cage where he sat at the piano and didn’t perform. He had a concert which people bought tickets for, came and sat down. It was about people coughing, shuffling in their seats, and becoming more and more impatient the longer he wasn’t playing. He just stood up and walked out and that was the whole performance it was about making it about the audience (John Cage, 4’33”). It’s even like Jay-Z’s Hard Knock Life when he has other people from his neighborhood singing the lyrics; it makes it about the audience and they become the performance.

Damn, I’m really feeling like these planets make sense because you don’t know what’s inside it or what it is, you just know what shape it is. There it is.