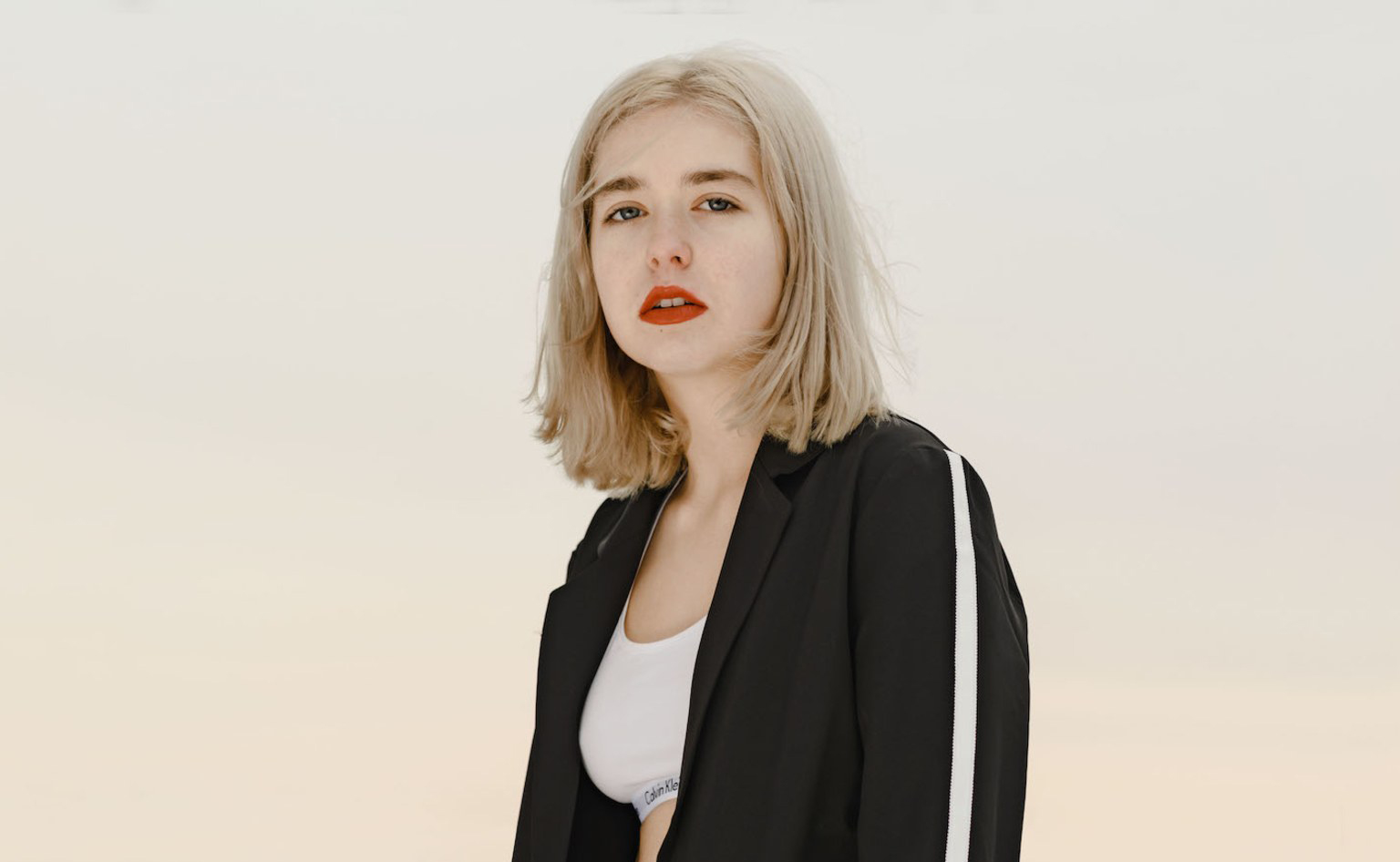 As I stood in the back of the crowd at the Bootleg Theater on Sunday night, my mind couldn’t help but wonder; “Why is it that mostly mid-twenty to mid-thirty-year-olds flocked to the Bootleg to see the 19-year-old indie sensation, Snail Mail.” The show was all ages, but why was there such an imbalance in age within the crowd? I suppose it was a school night, and of course, we’ve all been there; we’d plead and beg our parents to let us stay out past curfew to catch our favorite artist before they were whisked away to the next stop on tour. Yet at Sunday’s show, rather than worrying about waking up for first period on time, those folks in attendance were worried about tomorrow’s sneaky hangover and obnoxious bosses.

I’ve always been a proponent of the idea that music is, or at least should be, ageless, genderless, raceless… so it’s a damn delight to see the overwhelmingly positive responses to Snail Mail. Snail Mail, or Lindsey Jordan, is a young queer woman who’s just recently put out her critically acclaimed debut album, Lush. It’s inspiring, especially as someone who identifies with all of the above. I mean, the girl is selling out shows left and right. It’s quite possible that after reading article upon article, each of which praises Jordan’s debut, I was going through a bit of new artist fatigue. As I awaited the main attraction, mostly surrounded by males, I replayed lines I had read from world-renowned music blogs. Blogs compared her to music giants like Hayley Williams, Alvvays, Sonic Youth, and most notably, 90’s legend, Liz Phair. As a Snail Mail fan, I’m psyched about the major success. As someone who’s interested in our musical climate today, I want to get down to the bottom of the hype.

“Snail Mail is timeless and has connected with people of all ages because she can remind us of our past while being another’s idea of a future.”

Jordan, supported by three obviously talented musicians, opened up with an unreserved jam session, which showcased her guitar playing and ultimately led into what Rolling Stone named as one of the “Songs of the Summer,” the upbeat, riff-tastic jam “Heatwave.” It’s the I-love-you-temporarily teen song in which Jordan’s current love interest is green-eyed and out of touch. All too familiar of a feeling for most of us. The indie-star moved through each song swiftly, like a seasoned pro, asking for her mic and guitar to be turned up a few times throughout the set. The girl knows what she wants. In fact, she’s achieved the impossible as a teen girl; she’s actually being taken seriously as a musician. Shocker, I know. It shows through in the way she commands the stage, front and center, and when she’s in the zone, there’s absolutely no holding back. It’s something truly admirable and I hope she’s well on the radars of young girls everywhere because lord knows we could use someone like Jordan to look up to.

Jordan didn’t say much during the set, but one of the highlights was her prefacing “Full Control” with “this is another Snail Mail song.” She ripped through the song and rightfully so as this song was one of the defining tracks on the album for me. It sums up the whole idea of Snail Mail in just under three minutes. The tune is drenched with teen angst and a surprising sense of self-awareness as she belts out “in full control, I’m not lost.”

After finishing up another single off of the album Pristine, I remember a man’s voice scream out “That was SICK.” Again, I’m stuck wondering why so many adults are digging this. I mean really digging it. While I’m not questioning her success because Snail Mail is something that we need in the music industry, I am surprised she’s caught the attention of so many… adults. For lack of a better word.

As the set starts to come to an end, Jordan’s backing band leaves the stage to let her do her thing. The wunderkind (we may as well call her that, right?) softly strummed her guitar and confidently owned the stage all on her lonesome. During “Anytime,” I realized a few things. First, I desperately want her to be my best friend. Second, as Lindsey Jordan tenderly sang “In the end, you could waste your whole life anyway. I want better for you,” I felt all of the pain, embarrassment, and joys of being a teenager shake through me. Remember when your best friend got their license then the two of you drove around, windows down, feeling the wind hit your face, and racing to get home before curfew? Ok, then cut to silently choking up when your best friend left for college. This is the most accurate way I could describe this fleeting teenage feeling. In one moment, the world is in the palm of your hands and in the next, it may as well be the end of the world. Scanning the room, it was clear I wasn’t the only one who felt the nostalgia pour over them.

Snail Mail may not be this powerhouse machine that so many blogs have made her out to be, but she doesn’t need to be. She is a voice that unassumingly begs to be heard. As I left the Bootleg around midnight, I felt resolved, like I had cracked the code. Snail Mail is timeless and has connected with people of all ages because she can remind us of our past while being another’s idea of a future. All in all, I understand the Snail Mail effect: she represents the teen dreams we had that were never achieved and the angst that so many of us couldn’t find the words for.