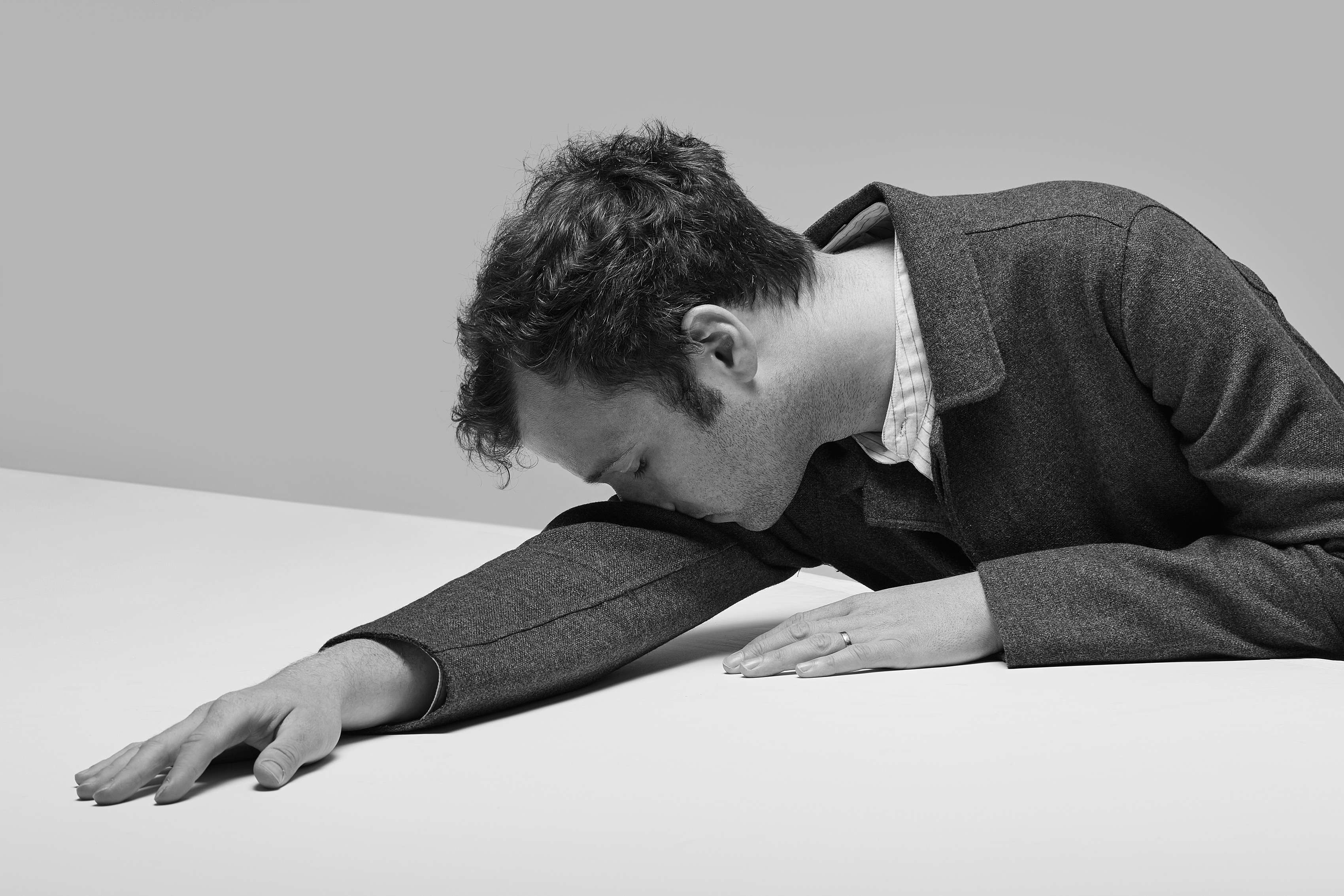 Though I know him originally as the bassist of Vampire Weekend, I am constantly surprised by the solo work of Chris Baio, known musically as Baio. My surprise doesn’t come from the fact that the music is great, but rather because of how different it is from Vampire Weekend.

Baio is a London based synth pop artist who has been releasing electronic music for the last several years. Some of his tracks are dance-y and fun, while others are more experimental, yet but all are done more electronically than the music of Vampire Weekend.

I caught up with Baio a few weeks before the release of his sophomore album Man of the World to talk all things philosophy, Meet Me in the Bathroom, and Vin Diesel.

You recently shared an image from the booklet of your upcoming album Man of the World – containing the lyrics of “PHILOSOPHY!” Certain words and phrases have been partially blotted out of the lyrics – what ideas fueled this decision?

I wanted the lyric booklet for the album to resemble a document with CIA or FBI-style redactions. Iʼm not the only person who had that idea recently—the new Roger Waters album cover does the same thing! But I wanted my redactions to look colorful, almost like an expressionist painting, hiding something darker or more sinister. None of the actual lyrics to the album are redacted, instead thereʼs a single phrase thatʼs repeated over and over again under the redactions. The phrase is what I would describe as my main emotional state while making this record…something thatʼs not stated outright but hidden beneath the surface of the album.

I find “PHILOSOPHY!” to be the song of the summer – but behind the fun and upbeat sound are some pretty intense lyrics. How did you decide to pair these two parts of the song?

The turn of phrase “no time for philosophy” came to me when I was writing melodies for the song—sometimes music will just come to you, and I find those moments to be the most exciting when working on a record. I googled the phrase and found out that there was a famous Pascal quote using the phrase — “to have no time for philosophy is to be a true philosopher.” That quote gave me the overall idea for the track, an unsympathetic narrator going through a breakup, insisting that there is no time to discuss philosophy while repeatedly quoting philosophers. Itʼs a communication breakdown in song form, something that I think has wide ranging applications to the current moment.

The song is very sharply personal, and a little gritty – were people who know you surprised when they first heard it or read the lyrics?

Not particularly! The main question I get from friends is why I was hiding my singing voice for so long. I have nice friends. Where do you find the line between what you share and what you keep private? As long as a lyric of mine isnʼt going to upset someone else in my life Iʼll roll with it.

I loved reading your quotes in Lizzy Goodmanʼs new book Meet Me in the Bathroom. Goodman listed everyone in the book as a “character”, making this all seem semi fictive. How do you feel about being labeled a “character”?

I just finished reading the book — it was super fun! I definitely donʼt think of myself as a “character” IRL, but I do think of the person on Man of the World as a character, if that makes sense.

Your social media contains around a dozen images of the iconic American actor Mark Sinclair – known professionally as Vin Diesel. What do you find interesting or compelling about him?

I find his career arc endlessly fascinating, the fact that he came up in the LES art scene and collabʼd with Arthur Russell and is now one of the biggest action stars on the planet. I also found looking at ridiculous photos of him oddly calming when I was deeply distressed following this past election.

On the “No Effects” podcast with Jesse Cohen – you described your music as being a mix of experimental tracks, and writing “the poppiest pop songs I could write” – why do you choose to create such different types of songs?

I think the inspiration comes from 70s art rock records like Maggot Brain, Low and Country Life. They really show that there are no rules to the album as a form, and theyʼre the holy grails Iʼm looking to when I make a record.

Both your first and upcoming album contain very similar album covers – upwards looking shots of buildings surrounded by blue sky – what drew you to this subject, and why did you decide to do it again?

I initially wasn’t going to use another Matthias Heiderich photo for this album cover but when I saw this image I knew it was perfect for Man of the World. A gaudy gold tower in the sky would not have been a particularly ominous image three years ago, but now I feel like itʼs the perfect representation of the scary moment the world finds itself in. It sent chills down my spine the first time I saw it.

The music videos for “Sister of Pearl” and “The Names” are similarly done – both feature you wearing a suit, and are made of quick cuts of you dancing. What appeals to you about such a consistent style?

I think world-building is one of the best parts of making music, and Iʼm lucky to be on an incredible label, Glassnote, that letʼs me do whatever I want in terms of everything that accompanies my albums.