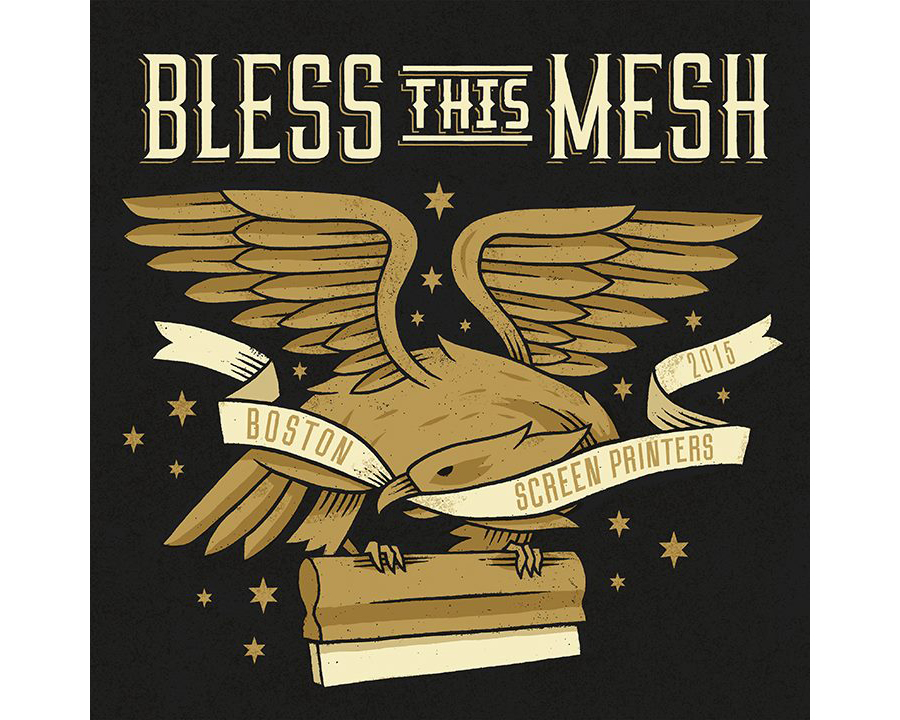 Helen Popinchalk and James Weinberg are the kind of people that get excited when thinking about fluorescent paint and 140lb White French Construction paper. The two of them would have no problem standing over one mesh screen all day, swiping paint from one end to the other with unique finesse, if it meant that every stroke and color was perfectly printed.

What’s the premise behind the “Bless This Mesh” show? How did the idea for the show come about?

I can’t claim credit for “Bless This Mesh” —James Weinberg has been kicking around the idea for a show of Boston’s screen printers for months, if not years! I think he was just waiting for the right opportunity (and space) to come along. Greg Burdett of Thomas Young Gallery has been a long-time supporter of both James and me. As screen printers we’re always looking for the chance to show our own prints and those of fellow printers. It’s also a great excuse to talk shop.

What artists are featured?

Can you tell me about a few of the pieces we might see at the show?

Trifecta Editions will be presenting several brand new prints at this show. We’re especially excited about two prints we made with James Mustin. The prints are CMYK images adapted from one of his beautiful, gridded color study paintings. He let us experiment with an idea we’ve been looking forward to trying for months—switching out the cyan, magenta, yellow and black that makes up the image with fluorescent equivalents. We’re also releasing a new set of prints with Matthew Zaremba titled Use Your Elusion. We love Matt’s graphic, black and white style! We made a print with black ink on Speckletone French Paper and a second colorway of white on black paper.

How did curation for such a show go? Did the artists create pieces specifically for the show or did you curate from their portfolios?

James and I invited screen printers and artists that we know from the greater Boston arts community. We curated from existing work.

You and James have known each other and worked with each other for quite some time now, what was it like working together to create a show?

I have long admired James as a printer. Working with him is always fun, but curating Bless This Mesh together was a great way to make it through this long, hard winter.

I feel like there has kind of been a resurgence of hand printing; what do you think it is about the process and the finished product that people are so attracted to?

The first reason that comes to mind is that people are pushing away from the digital and turning back towards art and objects that are made by hand. There’s nothing like a real print! A print out just can’t compare. Screen printing is also a relatively inexpensive way for artists to make multiples of their work without sacrificing the fine art aspect. It allows people to collect art in an affordable way.

Where does screen printing fit in, in the Boston arts scene? Is it a growing practice?

I’m not sure exactly where screen printing fits into the Boston arts scene. There are printers at all levels here, from college kids banging out shirts in their basement to new print collectives like Print Club Boston being featured in the international publication People of Print! I guess there’s a little room for everyone. As an optimist, I definitely see screen printing as a growing practice.

“Bless This Mesh” open tomorrow, March 5, from 7 – 9 pm at Thomas Young Gallery at South Boston’s Distillery. A closing reception will be held on Saturday, March 28 from 5 – 7 pm. 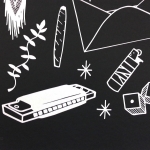 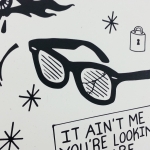 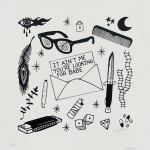 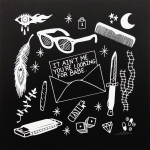 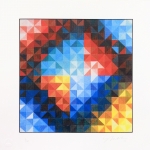 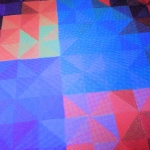