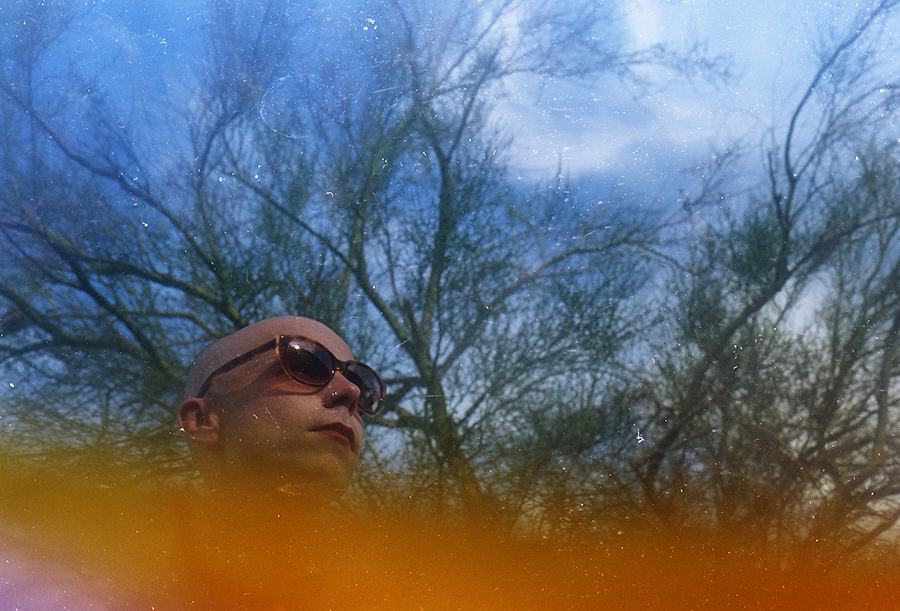 Sitting across the table from artist, musician, and part-time creative muse Daniel Crook, at a small cafe in Los Angeles’ Little Tokyo, I quickly realize his pleasant charisma. Without much effort, our conversation smoothly meanders from talking about creativity in Los Angeles, to wanting to break down socially constructed barriers with art, to eating mushroom chocolates in the desert. It’s clear that Daniel doesn’t pass any judgements. Rather, he allows the ever-changing conversations he has with the unique and creative people around him, to inform and inspire the art he’s working on at that moment in his life.

Whether it’s a conversation he has with a friend at Chimney Coffee in Chinatown one morning, or the intimate ramblings that go on between him and his nude models while painting, Daniel cherishes the ebb and flow of ideas, words or emotions between two people.

His latest project, a hauntingly beautiful music video for his most recent song, “Fault,” is the perfect example of Daniel’s ability to translate his interpersonal exchanges to his visual work and music. “Fault,” who’s lyrics were born out of a conflict with a close friend, reflects Daniel’s innate capacity for creating sweeping compositions that not only embrace, but compliment the candor of his attitudes.

Daniel filled us in on details about his new music video for “Fault,” what he loves most about collaborating with others, and why conversation between two people is one of his biggest inspirations.

Give me a little background about yourself; where are you from? What were you like in high school? How did you originally make your entrance into art and music?

My background is a bit confusing but I’ll do my best. In high school, I was a sleepy, casual wreck. My high school was funded by many of the families who’s children attended it. I was poor, on the other hand, and had a bit of a shaky foundation scholastically and socially speaking. I entered in to the arts because I couldn’t relate to most of the people I grew up with. It was easier to doodle or listen to music than it was to try to have a conversation.

You work across a range of mediums – everything from video, paint, music – how does your process differ when working in each media or is it more that your work is what is because everything is integral?

I just recently began stepping in front of the lens really. I had always been behind them whenever they were around, but imagery has nonetheless always informed my work. I have an extremely active imagination. My music is mostly images to begin with. I try to find the words in whatever I’m seeing. Sometime’s it’s a fight I’m having, sometimes it’s the smell of a house, but it’s always an image or a scenario, but that can’t always be said about my paintings.

In what ways does music and audio influence your visual work? And vice versa?

That’s a bit complicated to answer in it’s entirety, but I can tell you that nothing makes a model more comfortable in my studio than a good soundtrack.

Tell me about “Fault”. What’s the song-writing process like for you? Thematically, what is the song a reflection of?

I wrote “Fault” after I had a conflict with one of my close friends. He was slipping into a bit of a spiral with drugs and alcohol and had begun his decent in to complacency. After a rather nasty set of days, I came back to Los Angeles with an idea. I started writing down scenes that I wanted to shoot for my next music video, but all the songs I had written up to that point just wouldn’t fit. I began with the synth and everything just kind of rolled out from there. I think I would say that “Fault” is a reflection of both my desire to help, the inability to and the pride that keeps you from accepting that both of those things come from a place of ego.

How did the concept for the video come about?

The concept came from a desire to reenact the push and pull of our creative relationships. The artist always assumes they are the masters of their work until they begin to lose themselves in it. The choreography that Isabelle Sjahsam dreamed up was a way in which we could tell that story between just Annie and I. Directors Derin Turner, Terrance Stewart and I just tried to reinforce that dialogue visually as well as aesthetically with a wonderful team of artists and friends that you’ll find in the end credits.

How does your day to day in Los Angeles inform your creativity? What’s currently inspiring you?

I’m currently employed to myself which, we all know, means I’m pretty broke all the time. I live with some really amazing friends, whom I consider family, that work at a place called Chimney Coffee in Chinatown. I spend most mornings there smoking and coming up with ideas and concepts with friends. Sometimes we even have therapy sessions and trade our histories around a bit, which tends to help with subject matter. After coffee, I come back home and continue working on whatever it was I left the day, (or days), before. Night is for socialization. Conversation is what has and always will inspire me most. When people share ideas, well, that’s how revolutions begin.

What do you love most about collaboration?

I love the flow of ideas, as I stated above, and collaboration is by far the finest way to materialize a greater concept; to breathe life in something bigger than any one person.

Can you elaborate on your series of paintings, where you have nude men sit for you? How did this series start? How do you gain the trust of your subjects, seeing as their posing naked which many believe to be such a vulnerable state?

I use gouache and ink for the nudes but, to be honest, this whole thing is a bit of a mystery to me, really. I don’t know how or why anyone has trusted me enough to stand for me. It’s just beyond me, but I’m honored nonetheless.

I know that people believe me to stand somewhere directly in the middle on most things, albeit, with edge I’m sure. I believe that people know that no matter what they look like, I won’t judge them. I am a queer man with strong beliefs, who wears lipstick, but “doesn’t fit the sterotype”, and I think that breaks down some of the walls. People expect one another to fit so tightly in their packaging and when you don’t, they see that as honesty. It’s strange, but I think I get it.

I’m trying to break down the barriers that men set around themselves, so really, the art is mostly done between the model and I. Most of the men who have stood for me identify as exclusively homo or heterosexual. I try to provide a safe space in which they don’t have to identify with or as anything. They can do, say or be however or whatever they like and all that I will do is either encourage or inquire about it. I want to walk away from the session with a piece of art but, even more so, I want to walk away with a deeper understanding of who just gave me hours of their time. It’s therapy for both of us.

We don’t have to listen to the binary of our surroundings and we don’t have to chain ourselves in such permanent proximity to it either. The series itself is my attempt to help inform and guide them closer to themselves, separate from the violence of the programming they’ve been subjected to.

For more from Daniel Crook head to http://daniellelandcrook.com/.

All photos of Daniel taken by Gina Canavan. 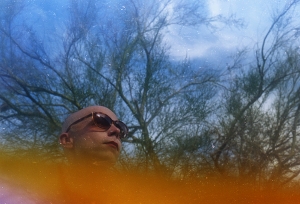 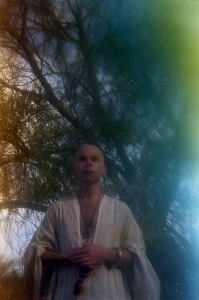 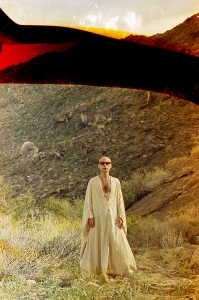